‘As if a storm hit’: more than 30 Italian health workers have died since crisis began 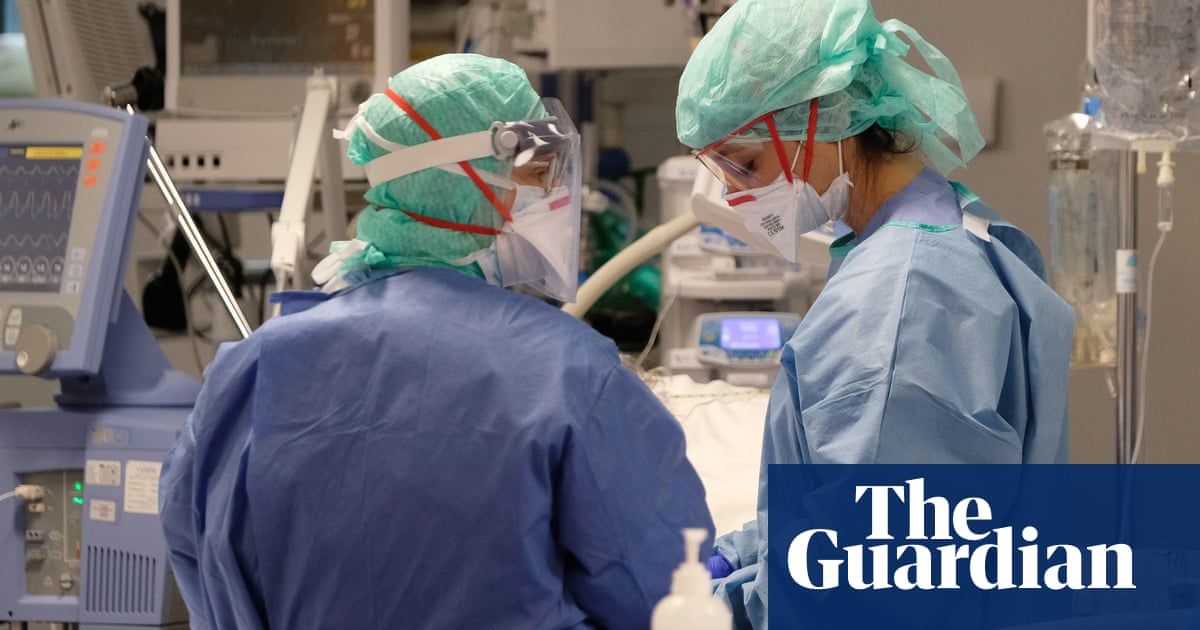 Thirty-three health workers have died from coronavirus since Italy’s outbreak began, as medics work relentlessly to try to turn the tide in Europe’s worst affected country.

The virus has infected more than 5,000 doctors, nurses, technicians, ambulance staff and other health employees. The majority were on the frontline in the badly affected northern regions and contracted the illness at the start of the outbreak when protective equipment was lacking.

“It’s as if a storm hit us,” said Roberto Stellini, a doctor of infectious diseases at Poliambulanza hospital in Brescia. “The problem is that when this storm hit us we were unprepared, perhaps ignoring what might have been the consequences. Some of the dead were doctors who died at the beginning of the emergency, when we knew nothing about this storm. I knew some of them. Now we are more prepared and we continue to fight.”

Negative-pressure isolation rooms, designed to contain airborne contaminants, are needed to treat coronavirus properly, to protect doctors and medical technicians from contracting the virus from the patients in their care. But doctors say just a small proportion of Covid-19 patients in Italy are hospitalised in negative-pressure rooms, meaning the virus can easily spread throughout hospitals.

“It’s an ongoing struggle’’, said Giovanna, an anaesthetist at a hospital in Milan. “There is no time to think about tiredness, because when you look at Covid-19 patients and how they are living with the disease, in solitude, you realise your mother, father or grandfather could be in that bed.”

Anna, another doctor in Lombardy, said the mental torment worries her more than physical fatigue. “We are working in a context I never imagined as a doctor,” she said. “But when you see Covid-19 patients, above all when you see how they die, in complete solitude, then you forget about your own fatigue. Each doctor also has a personal situation of their own. For example, I have not seen my children for five weeks.”

A study conducted by Chinese doctors and published by the Lancet showed that 70% of health workers on the frontline in Hubei, the province where the Chinese outbreak began, suffered from extreme levels of stress; 50% had depressive orders; 44% had anxiety and 34% insomnia.

“We don’t yet have a study of this kind for Italy, but we’re collecting data that indicates the situation is practically similar to that of China,” said David Lazzari, the president of Italy’s order of psychologists.

Among the latest casualties are two dentists who died in Brescia, in Lombardy, on Wednesday and Daniela Trezzi, a 34-year-old nurse who killed herself in Monza, also in Lombardy on Tuesday. Trezzi had been in quarantine since 10 March after testing positive for Covid-19.

Although it is not known why Trezzi killed herself, the National Federation of Nurse Guilds said in a statement that her colleagues thought that she was experiencing heavy stress over fears of having infected others. “This terrible episode, unfortunately, is not the first one since the Covid-19 emergency began,” they said.

A 49-year-old nurse from Jesolo, near Venice, killed herself last week. She had assisted Covid-19 patients at Jesolo civil hospital until she came down with a fever. The nurse was tested for coronavirus but didn’t receive the result before she died.

The overall death toll in Italy grew by 662 to 8,165, the civil protection agency said on Thursday, down from 683 on Wednesday and 743 on Tuesday. The rate of new infections had also slowed nationally in recent days, but that rose on Thursday to 4,492 from 3,491 the day before.

In Lombardy, 4,861 people have died since the virus emerged in the region on 21 February.

“On day three of the outbreak we had 2,300 calls, on Wednesday we had around 800,” said Fabrizio Canevari, operations manager at Soreu della Pianura, a safety and first aid service that manages calls to emergency numbers covering the Lombardy provinces of Pavia, Lodi, Mantua and Cremona. “There has been a progressive slowdown in the emergency calls, which shows the quarantine is working. However, in some areas of the region the situation is still serious.”

Davide Baldini, a nurse who answers calls to an emergency line in the Pavia area, said he had been struck by the kindness of people who were either suffering from symptoms of Covid-19 or worried about relatives, despite having to sometimes wait for hours before a call is answered.

“They say ‘sorry to bother you’ and ‘thank you’,” he said. “Usually that wouldn’t be the case in an emergency unit, when you hear of staff being mistreated. But there’s a dignity, humanity and capacity to face the problem without shouting. We’re humans and like all humans we take the baggage of pain home with us, but this kindness helps us to carry on.”

via Health | The Guardian https://ift.tt/2xrwzBv