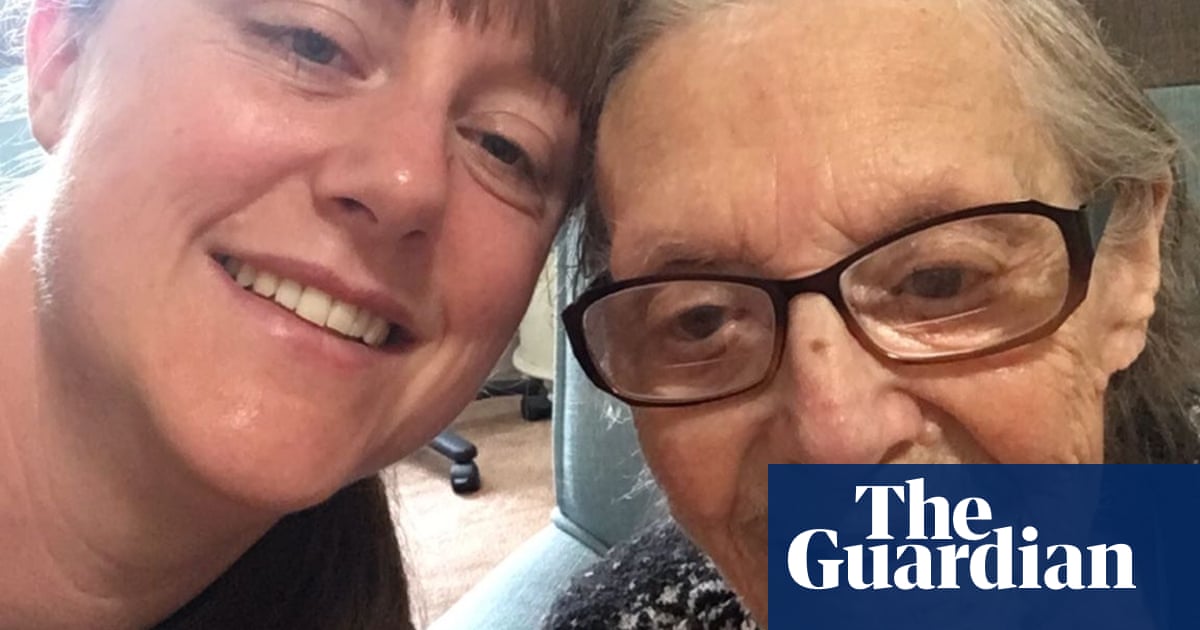 “It was like I had been hit by a truck,” said Lauren Turrell, thinking back to over two years ago. On 4 April 2020 her grandmother died in a Covid-ravaged care home in London’s East End.

With Covid’s first wave rising to its peak, Irene Penton became one of the first of at least 21 residents in Aspen Court to perish in under a month. Like many of the residents of the purpose-built home in Poplar, Irene, 92, and suffering from dementia, spent her lifetime in London’s East End and survived the blitz but could not avoid Covid.

As the UK’s Covid death toll surpasses 200,000, families of Aspen Court residents have recalled how their loved ones were swept away in those first weeks. What happened there was a microcosm of a nationwide trauma that thousands of families are still struggling with today.

As lockdown began, Irene had been doing fine. Then her family received a call from the care staff to say “it’s not long now”. Fifteen minutes later, Irene, who in happier times treated Lauren to the amusement arcades in Clacton-on-Sea and taught her to crochet, was dead.

In a matter of weeks the virus also claimed the lives of Maureen Nottage, 86, a local school cleaner who loved Only Fools and Horses, Robert Henry, 78, who worked on the refurbishment of the fire-damaged Windsor Castle, two ladies – Betty and Mary – who visitors knew only by their first names, a mother of four who emigrated to Britain from Jamaica in the 1950s and Shirley Locke, an 84-year old who used to clean the cells at Bethnal Green police station. Shirley was one of six residents discharged back into the home from the Royal London hospital, not all of whom were tested.

Aspen Court entered the pandemic under a cloud. It was, and is, owned by HC-One, which operates 340 care homes in a chain founded in 2011 from the collapse of Southern Cross. The private equity-owned group paid out close to £50m in dividends in the years preceding the pandemic despite declaring losses.

In November 2019 the Care Quality Commission judged the home “requires improvement” with the worst scores for safety and leadership.

Jodhi Wright said she would find her grandfather Donald left in his bed in soiled adult nappies, his bed soaked with urine. She watched staff working while listening to music on headphones and leaving residents “completely unattended” in the lounge. They got him out of the home in September 2019.

“I am really not surprised [21 people died from Covid],” she said. “I know how they were treating their residents pre-Covid. They weren’t treated with respect or dignity.”

To Irene’s family, Aspen Court seemed shabby. They also worried there were few, if any staff, keeping an eye on residents in the lounge. “Staff can be run off their feet,” one relative told inspectors. Irene’s daughter, Sheila Jones, saw residents struggling to get out of wheelchairs when they should have been helped and carers saying they were too busy to take people to the toilet.

“They were just put in the day room, shoved in armchairs and that’s where they would stay until they were put to bed,” she said. “My mum would say she was very unhappy.”

Dementia-sufferer Maureen Nottage, who lived almost all of her life in Bethnal Green, would plead with staff for incontinence pads. She was a “dignified” woman and would have been “mortified” if they knew she was wetting herself, her family said. After she died they found notes she would write to staff. One read: “sorry Miss, got no pads, sat up all night, please don’t have a go at me, I am already afraid”.

It was a sad contrast to happier times. “Her family was her life and we would constantly visit, which kept us together,” said her daughter Kim. Then came Covid, seeded perhaps from hospitals, perhaps by staff or visitors.

Twenty-four hours later the NHS and Department of Health ordered the “urgent” discharge of medically fit patients into care homes, as part of a push to free up 30,000 hospital beds because of fears the NHS would be overwhelmed.

A battle between the interests of the NHS and social care was underway inside Whitehall. Discharged patients were not being tested and some care homes resisted.

The Royal London Hospital said it discharged six people into Aspen Court in March and April, some untested.

Despite fears about transfers spreading the virus to the most vulnerable the Department of Health, eager to free up hospital beds, argued restrictions “could be seen to frighten care homes and reduce much needed capacity”.

According to internal correspondence disclosed in April’s successful high court challenge to the discharge policy, Whately asked: “Why are we not planning to test patients for discharge to the care sector? This would make such a difference.” She added: “This is written like the NHS is divine and care homes are slaves.”

The NHS side won. Guidance was published on 2 April stating negative tests were not required and anyone without symptoms should be cared for as normal with staff only to wear PPE with residents with symptoms or confirmed cases of Covid. There was no block on visiting.

Inside Aspen Court residents had already started to die from Covid, with the first fatality on 28 March, local authority records show.

On 1 April HC-One’s head office in Darlington wrote to relatives with news of “a difficult situation”: 10 Aspen Court residents had suspected Covid.

On 4 April Lauren’s grandma, Irene Penton, who had Alzheimer’s but was otherwise in stable health, deteriorated fast. Her temperature spiked, her oxygen level fell and she was “really struggling”, a care worker told Lauren’s stunned mother, Sheila, by phone. Sheila gathered herself and called back about 15 minutes later to ask about sending a doctor, but it was already too late. No one knew for sure if Covid killed her, but her family suspect it did. Dr Osman Ali, a GP to many of the residents, had only received four tests for the whole home which had 68 residents before Covid.

Maureen Nottage’s Covid symptoms began on 26 March. She was prescribed antibiotics and inhalers but died alone in her room on 7 April. Her family complained they should have been allowed in to see her and claimed the home had downplayed her condition in phone calls in the days before she died.

Kim Nottage, Maureen’s daughter, said that when she went into the home after her mother died she noticed PPE was not being used properly.

“It is possible that improper use of PPE contributed to a spread of the virus in Aspen Court,” concluded a council report a year later.

The approach to PPE seemed odd to Kim, a school administrator, who was being careful to undress and shower as soon as she arrived home from work as a precaution.

Amanda Henry went into the home to see her father Robert Henry, 78, before he succumbed to Covid on 8 April – four days after a call from the home to say he had a cough. It was a sudden end to a vibrant life. Amanda’s pictures of him show him cavorting in various types of fancy dress from a tam-o-shanter to a Borat mankini.

Inside the home staff were facing immense pressures.

As she sat, holding her father’s hand she noticed the nurses and carers coming and going through his room weren’t changing their PPE, she said. Some were agency workers and said they had also been working in another care home where there was a Covid outbreak. One came in to give her father personal care with his mask untied at the bottom.

“He had no gloves on,” she said. “He didn’t wash his hands or sanitise.”

The manager and deputy manager of the care home were by now off sick and HC-One sent in a regional manager to take over. Staff were “scared” but “brave”, said Sister Christine Frost, a Catholic nun who had been a regular visitor to the home.

“For them it was dreadful,” she said. “They weren’t getting the PPE equipment … and they were afraid for their own health. They were very sad for the people dying and the families [who] couldn’t come in.”

Months later concerns were raised at the council about the need for mental health support for care workers “especially at Aspen Court after the impact of [the] number of deaths over such a short time period”.

With the virus rampant and residents confined to their rooms, the atmosphere in the home changed. It was understaffed, agency workers were unfamiliar and staff who usually chatted were quiet, Henry recalled.

On 8 April her father, Robert, lay slumped semi-conscious. He needed a saline drip, which the home couldn’t provide. Amanda wanted him to be taken to hospital but the nursing staff insisted they had to remain in the home according to “protocol”, according to a subsequent official report. Upset but assured the staff they would check on him every 15 minutes Amanda went home. In bed, before 11pm, they called her back. She rushed to Aspen Court but it was too late. In the hallway, before she could reach him, a nurse told her he had died. When she saw her father she burst into tears.

A relative of another resident, in her 90s, who died about this time said she believed isolation and neglect led to her death while the home was locked down. She and other family members used to visit her several times a week, giving her drinks and biscuits.

The virus’s progress through the residents of Aspen Court outpaced policymakers. By 24 April 21 residents had died with Covid – more than the borough’s four other care homes combined. It was only on 15 April that the government decided all care home residents must be tested before admission.

The London borough of Tower Hamlets established a “bronze command” to co-ordinate support for care homes on 27 April. A day later the health secretary, Matt Hancock, offered a Covid test to every care worker and resident in England. It wasn’t until May 2020 that ministers launched a £600m fund to limit staff movements and provide full pay for isolating care workers.

A spokesperson for HC-One said the pandemic “has been an exceptionally difficult time for everyone connected to our homes”.

“We have worked very hard to protect our residents and colleagues, and we have always strived to take all possible precautions to keep [them] safe,” the spokesperson said. “When little was known about the virus, HC-One published daily case numbers and death figures for its homes, and engaged at length and in detail with health and care officials, our families, and the media during what was a rapidly changing landscape.”

Asked about Johdi Wright’s complaints about the treatment of her grandfather, a spokesperson said the home was “radically different today”.

“We are sorry for any upset and shortcomings they may have experienced in 2019,” they said. “A lot has changed at Aspen Court over the past three years to ensure we are providing the kind and good care all our residents deserve.”

At 7.30am on 8 May Irene Penton was cremated alone without a single friend or relative in attendance. At the allotted time Lauren picked forget-me-nots, arranged them in a vase at home, lit a candle and called her mum and aunt on the phone. There wasn’t much they could say after everything they had been through.

Lauren recalled: “We were just silent.” 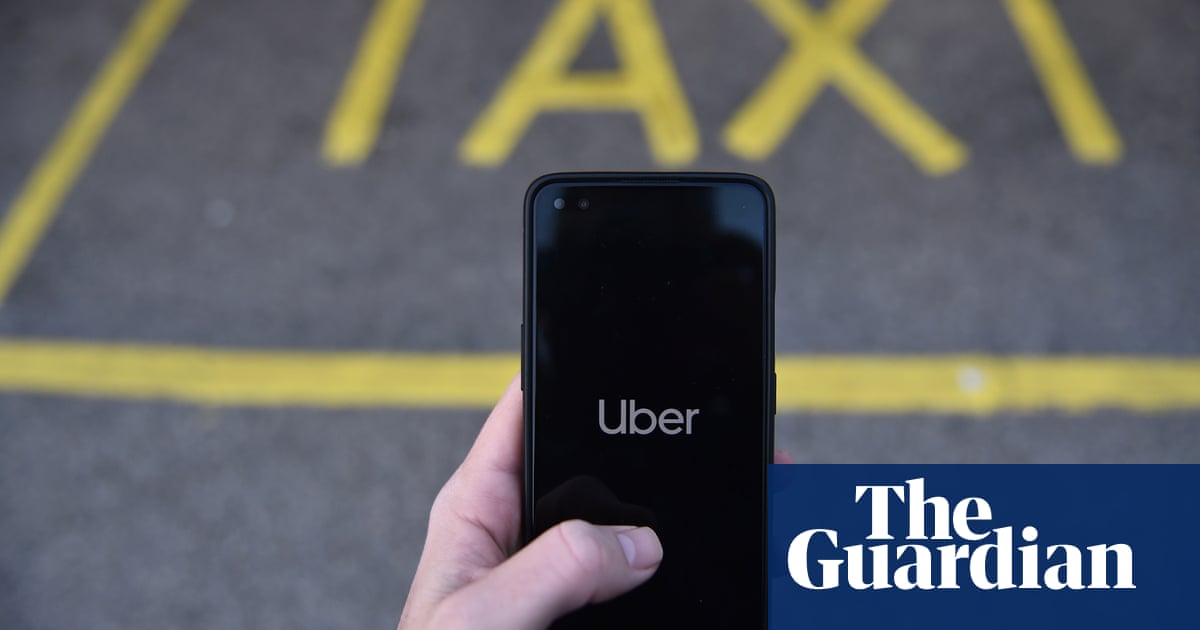 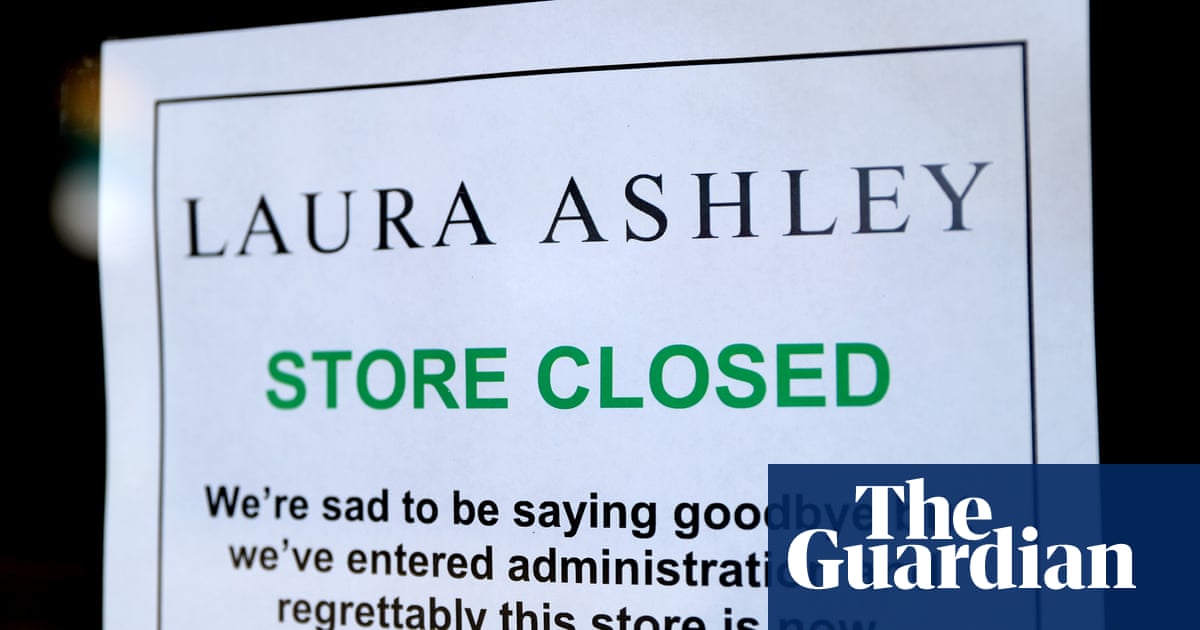