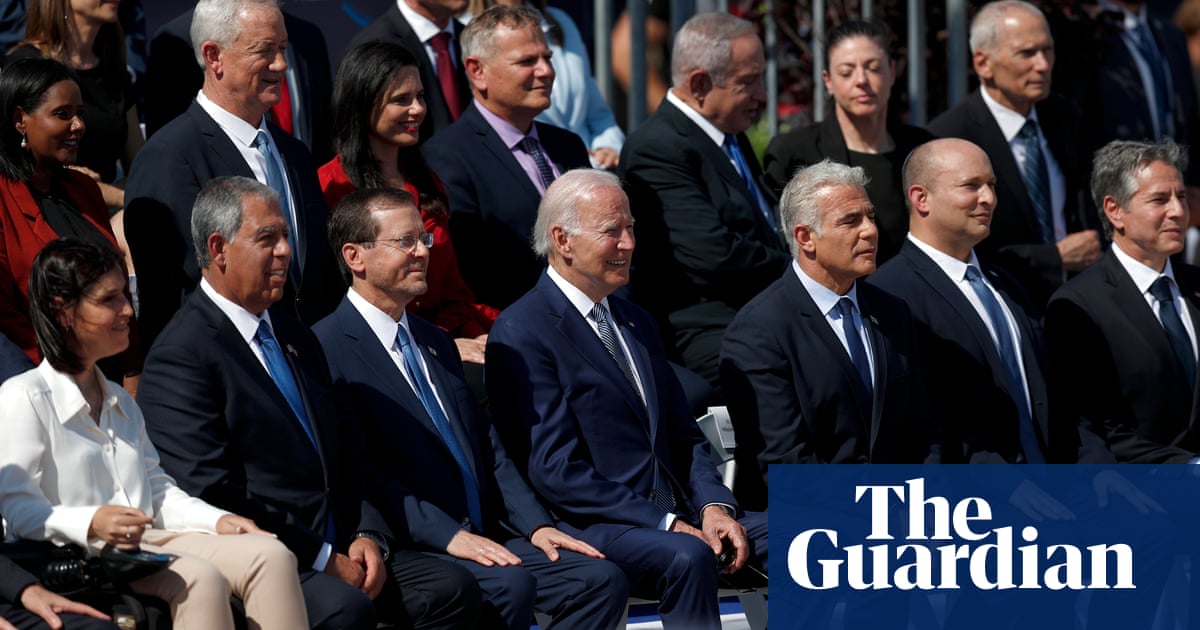 Another searing inflation report yesterday underscored the deep challenges facing Democrats ahead of this year’s critical midterm elections, with widespread pessimism about the state of the US economy and Joe Biden’s stewardship of it.

Inflation soared 9.1% in June compared with the previous year, a new 40-year high. The rising cost of gas, fuel and rent squeezes American households and puts pressure on the Federal Reserve to raise interest rates further.

The sobering numbers, released as Biden arrived in Israel for a high-stakes trip to the Middle East, were driven largely by energy prices, an issue that will be top of the agenda when he makes a controversial visit to oil-rich Saudi Arabia this week.

“Inflation is our most pressing economic challenge,” Biden said in a statement on Wednesday. He added that while consumer prices were “unacceptably high” the report was “out-of-date” because it did not account for falling gas prices, down by roughly 40 cents since mid-June.

Biden, whose approval ratings have been battered by high inflation, also called on oil and gas companies to bring down prices and urged Congress to pass a long-stalled economic spending plan, which the administration has said would help ease the financial burden on American families by lowering the cost of prescription drugs.

Yet the inflation report fueled new uncertainty over the negotiations as Democrats raced to reach an agreement on a stripped-down version of the legislation. Senator Joe Manchin, a Democrat from West Virginia and a critical swing-vote in the evenly divided chamber, said he planned to proceed “very very” cautiously.

“No matter what spending aspirations some in Congress may have, it is clear to anyone who visits a grocery store or a gas station that we cannot add any more fuel to this inflation fire,” he added in a statement.

Manchin’s warning drew a furious response from progressive Democrats, who have been warning for months that the party’s political fate rests on its ability to deliver on the president’s campaign promises.

“If you want to know why President Biden and the Democratic party’s numbers are plummeting ahead of the midterms, look no further than the obstruction of Josh Gottheimer, Joe Manchin, and other moderate Democrats to protect corporations and the ultra-rich over working families,” Alexandra Rojas, executive director of Justice Democrats said in a statement. “Democrats must deliver results for working families suffering from inflation, wage decline and outrageous health care premiums – before it’s too late.”

Rising costs are an acute political liability for the president. It’s an issue Americans feel broadly and directly.

The Biden administration has made attempts to bring down prices, includingreleasing oil from the US strategic reserve. Biden has also called for a national gas tax holiday but it has a little chance of passing Congress.

Republicans seized on the report, accusing Democratic policies of fueling the spike. Ronna McDaniel, chair of the Republican National Committee, declared the state of affairs “insanity” and said: “Voters know the best way to combat inflation is to vote out Democrats in November who rubber stamped Biden’s failed agenda.”

What we’re also going to have to do … is ask them the famous old question: Are you better off under us or them?

While voter’s consistently give Republicans an edge on the economy, Biden’s economic policies are popular. But Democratic strategists say the party must do a better job of selling their plans to voters – and contrasting them with Republicans’ agenda.

“Voters have to hear what we have done and what we are trying to do to make the economy healthier,” said Antjuan Seawright, a Democratic strategist. “And we’ve been so quick to move onto the next thing to fix that we have not clearly articulated what we have done.”

He accused Republicans of using inflation as a “political football” while pushing policies that would benefit the wealthy at the expense of Americans hit hardest by rising costs.

“What we’re also going to have to do with these voters and any other segment of the population feeling frustrated is ask them the famous old question: Are you better off under us or them?” he said.

High inflation has weighed down Biden’s approval rating and soured the national mood ahead of the November elections. Americans’ view of the economy is roughly as negative as it was a decade ago, when the country was emerging from the depths of the Great Recession, a new Pew Research Survey found.

Elevated costs of food, consumer goods and gas are among Americans top concerns with the economy, according to the report. And, worryingly for the president, it found that just 20% of Democrats and Democratic-leaning independents say Biden’s policies have made the economy better.

The president’s party historically loses ground in the midterm elections, and many Democrats are bracing for a backlash. But a New York Times/Siena College poll found a tighter-than-expected contest. The findings suggest that fury over the supreme court’s decision to overturn the constitutional right to an abortion and a spate of high-profile mass shootings and shocking revelations about Donald Trump’s attempt to cling to power are shielding Democrats from a punishing result this fall.

Though recent polling suggests the political landscape has shifted in Democrats’ favor since the supreme court overturned Roe, the Times survey also highlighted a growing divide within the party’s coalition. The economy and inflation were top concerns for “non-white and working class voters”, it found, while white college-educated voters were more focused on cultural issues like abortion and guns.

Jesse Ferguson, a Democratic strategist, said voters rarely make their choice based on one issue, even one as personal as the economy. It’s Democrats’ job, he said, to offer voters a “compelling choice” on a range of issues from “rising inflation, efforts to combat it, plans to ban abortion, schemes to overturn democracy”. 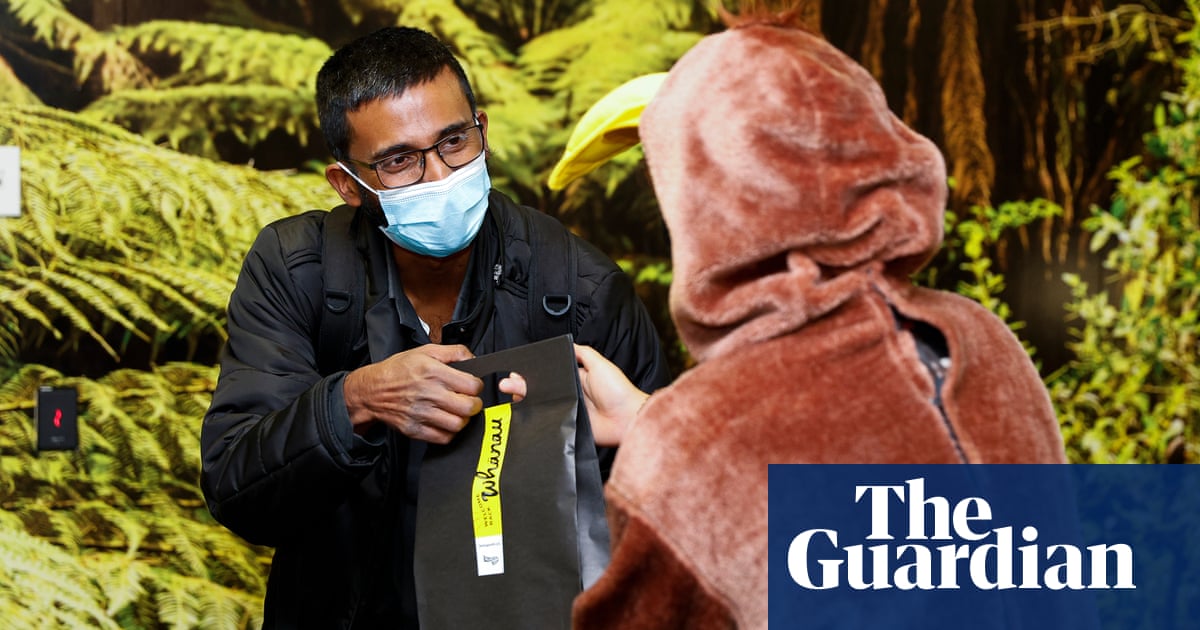 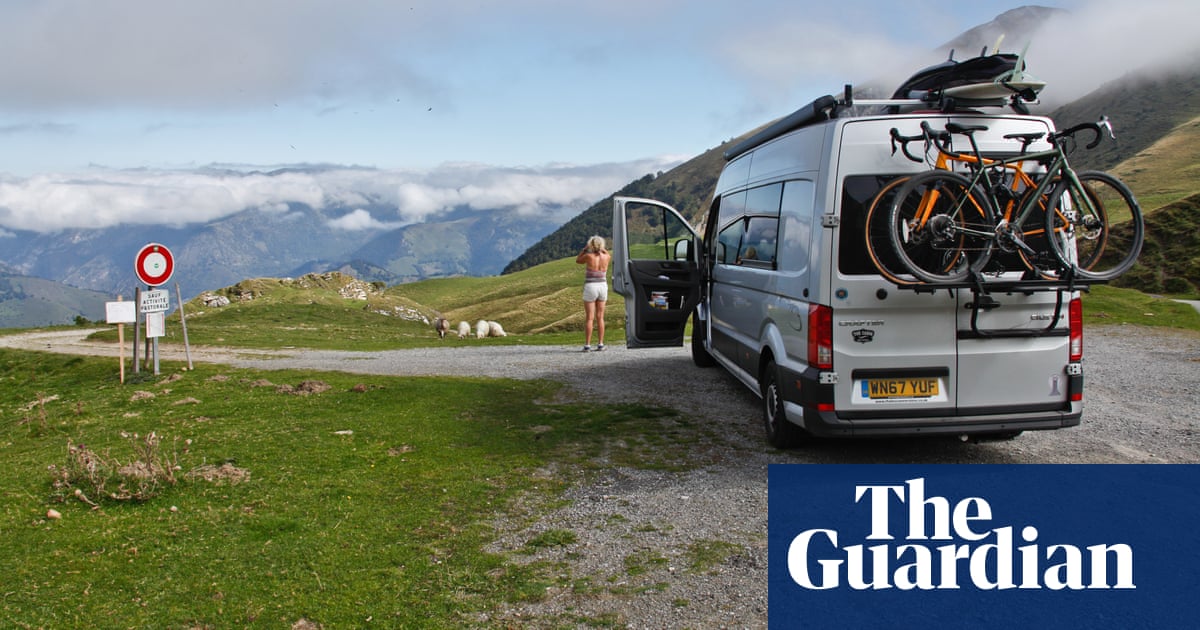