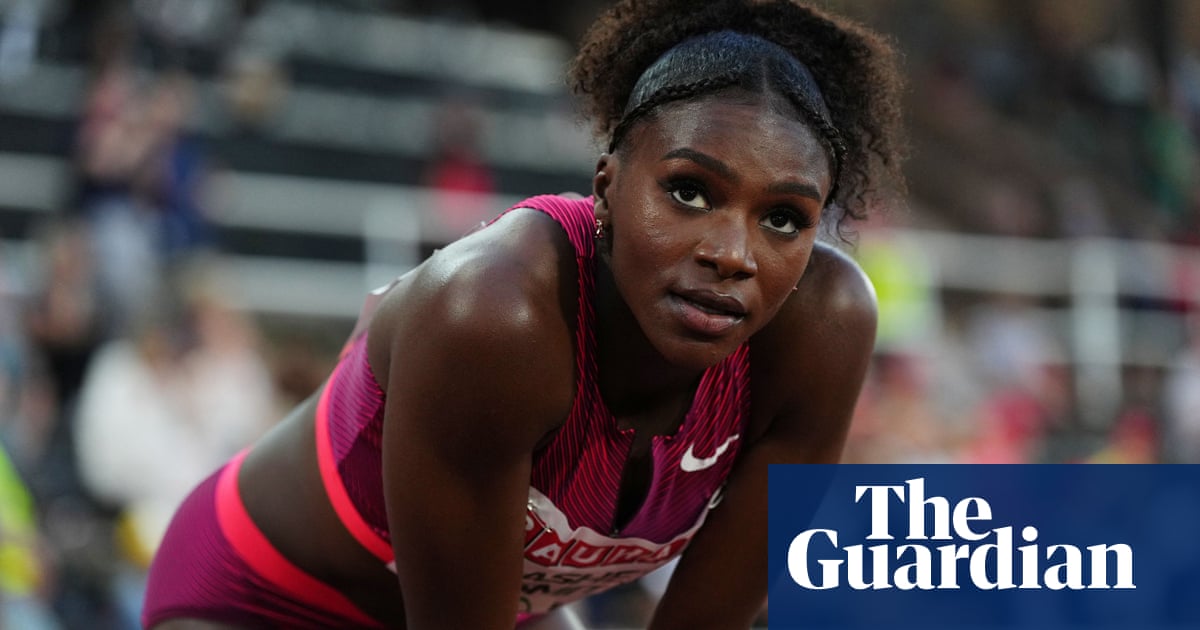 “Any time someone mentioned it, I just burst into tears,” says Dina Asher-Smith, with a rawness that stings and lingers. “It was really weird. It was kind of uncontrollable.”

Everyone thinks they know the story of Asher-Smith’s Tokyo Olympics a year ago. How she arrived in Japan as a Team GB poster girl, only to have her dreams of gold eviscerated by a hamstring injury far more serious than she had let on. But on the eve of the world championships in Eugene, Britain’s greatest sprinter bravely reveals that was only the half of it.

“Before Tokyo I didn’t have time to grapple with my emotions, because you can’t be crying your way through rehab,” she says. “And after I didn’t make the 100m final, I still wanted to put my best put forward in the relay. But then …”

Suddenly it all comes tumbling out. How she cried when the nice man from the Telegraph spoke to her after a race in Paris – “I still feel so sorry for him, I just burst into tears when he asked me about Tokyo” – as well as on multiple other occasions. But the real kicker came at the end of a season drenched in pain and heartbreak when she went toe-to-toe with the Olympic champion, Elaine Thompson‑Herah, in the Diamond League final in September. She came second in 10.87sec – just shy of her British record – and realised that her superpowers had returned too late.

And as Asher-Smith makes her final preparations for Eugene, where she will run in the 100m this weekend, defend her 200m title and compete in the 4x100m relay, she insists she is primed and ready – with the past firmly behind her.

“As a sprinter, I want to be light and bouncy and carefree,” she says. “So you can’t run fast with baggage. It’s really unhealthy. You just gotta throw it out. What happened in Tokyo doesn’t affect my calibre. It doesn’t affect the work I put in, or my potential. It was just really unfortunate timing. I’m certainly not the first person it has happened to and I won’t be the last.”

Asher-Smith can even joke about it now. She recalls sitting at a table of world-class stars at the Prefontaine meeting in May, all of whom had failed to win Olympic gold. “There were so many huge names in track and field, many of them good friends of mine, and none of us had experienced the shining lights in Tokyo. And we were like: ‘Oh, look at us, the table that couldn’t win.’

After the frustrations of last season Asher-Smith has bounced back with Diamond League victories in Birmingham and Stockholm, yet without running the sort of rattling fast times to induce panic in her rivals. A shock defeat to Daryll Neita at last month’s British championships means she arrives very much under the radar.

You work hard to fulfil your dreams, to win medals, but also just to have respect for your name

But there is steel in Asher-Smith’s voice when asked about Eugene. “You never know the hurdles someone is facing behind the scenes,” she says. “And that means that nobody is truly unbeatable and everything is always up for play – even if the odds look infinitely stacked against you.

“That’s why I think every single race is a clean slate,” she adds. “And that’s why I don’t bring whatever happened last year to this year.”

Asher-Smith insists it is a blessing and not a curse to compete in an era of extraordinary female sprinters. But when she glances across the start line this weekend, she will see titans of the track surrounding her. Thompson-Herah is the second fastest woman in history over 100m and 200m while two other Jamaicans, Shelly-Ann Fraser-Pryce and Shericka Jackson, hold the third fastest times over 100m and 200m respectively.

A further dash of spice will also come from the new brigade of young Americans, who are backing themselves to follow up their lightning-fast times with world medals.

But Asher-Smith believes, with good reason, she deserves a prominent place in the conversation. How can she not, when she has won an astonishing 15 major medals – seven of them gold – in a career spanning back to 2013? If all goes well in 2022 she could win eight major medals in a calendar year at the worlds, Commonwealth Games and European championships – beating the British track and field record of six set by Linford Christie in 1990.

“I truly think it’s a blessing to run against such great women,” she says. “But you know what’s also nice? It’s being considered as one of the people that make it historic. You work hard for a lot of things: to fulfil your dreams, to win medals, but also just to have respect. To have respect for your name.”

Asher-Smith has always been one of the sharpest minds in track and field, but sometimes she can be guarded, unsure of whether to show her full personality, or keep it strictly business. But over the course of our conversation she is happy to open up about all sorts of things, including her friendship with Fraser-Pryce.

“Sprinters are different,” she says. “I’m not going to sit here and pretend that the sprinters all hang out and high five. Pole vaulters are out there for two or three hours – and you can’t maintain a stony face for all that time, that’s more exhausting than the pole vaulting itself.

“So we come to the call room with a different level of intensity,” she adds. “But all that said, Shelly-Ann and I get along really well. That’s not to say I don’t get on with others. But Shelly-Ann is also equally chatty, and so we naturally gravitate towards each other. I’m also really hoping she honours a little promise to me and puts on an event in Jamaica early next season over 300m. She’s really, really cool.”

Asher-Smith says she rarely looks too far in the future, but admits she would love to emulate the longevity of her friend. “Hopefully I’ve got another decade to go,” she says. “And hopefully we can win a few more golden and shiny medals along the way.”

For that bewitching alchemy to take place once more in Eugene, Asher-Smith knows that she may have to break her British records of 10.83 over 100m and 21.88 over 200m.

“I do truly believe that I can run faster,” she says. “I’m still annoyed that I messed up my start in Doha in 2019 over 100m [where she ran her national record] so hopefully I execute my races and grow technically too. You have to stay focused, stay humble and hungry, to keep finding those 0.01 seconds in every phase and every step that you do.” 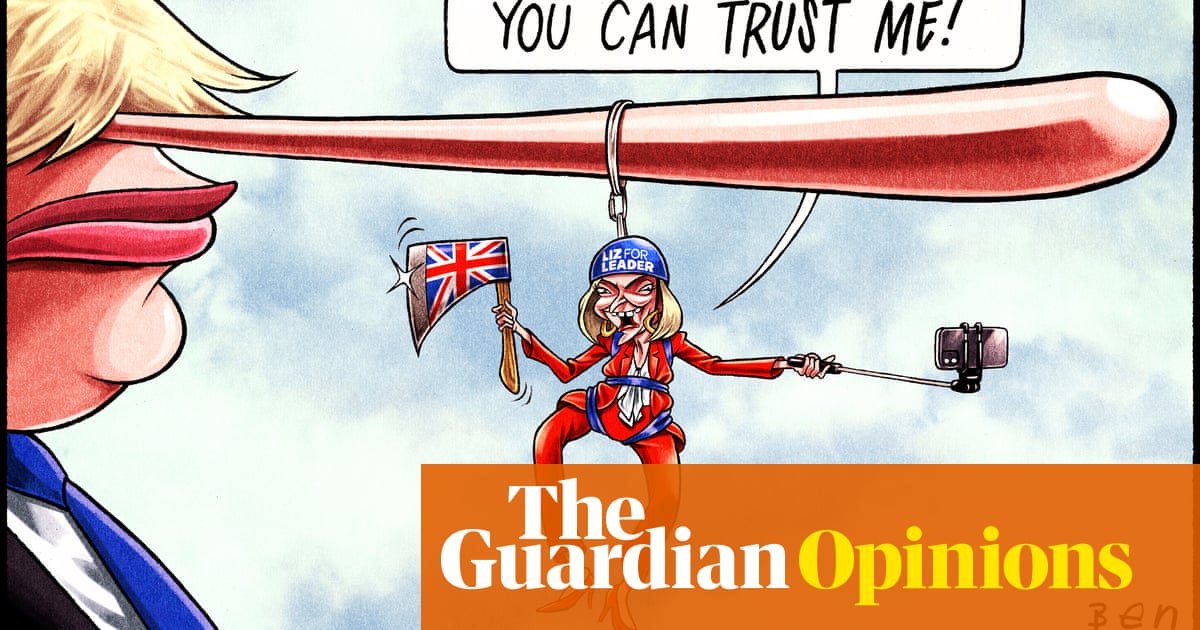 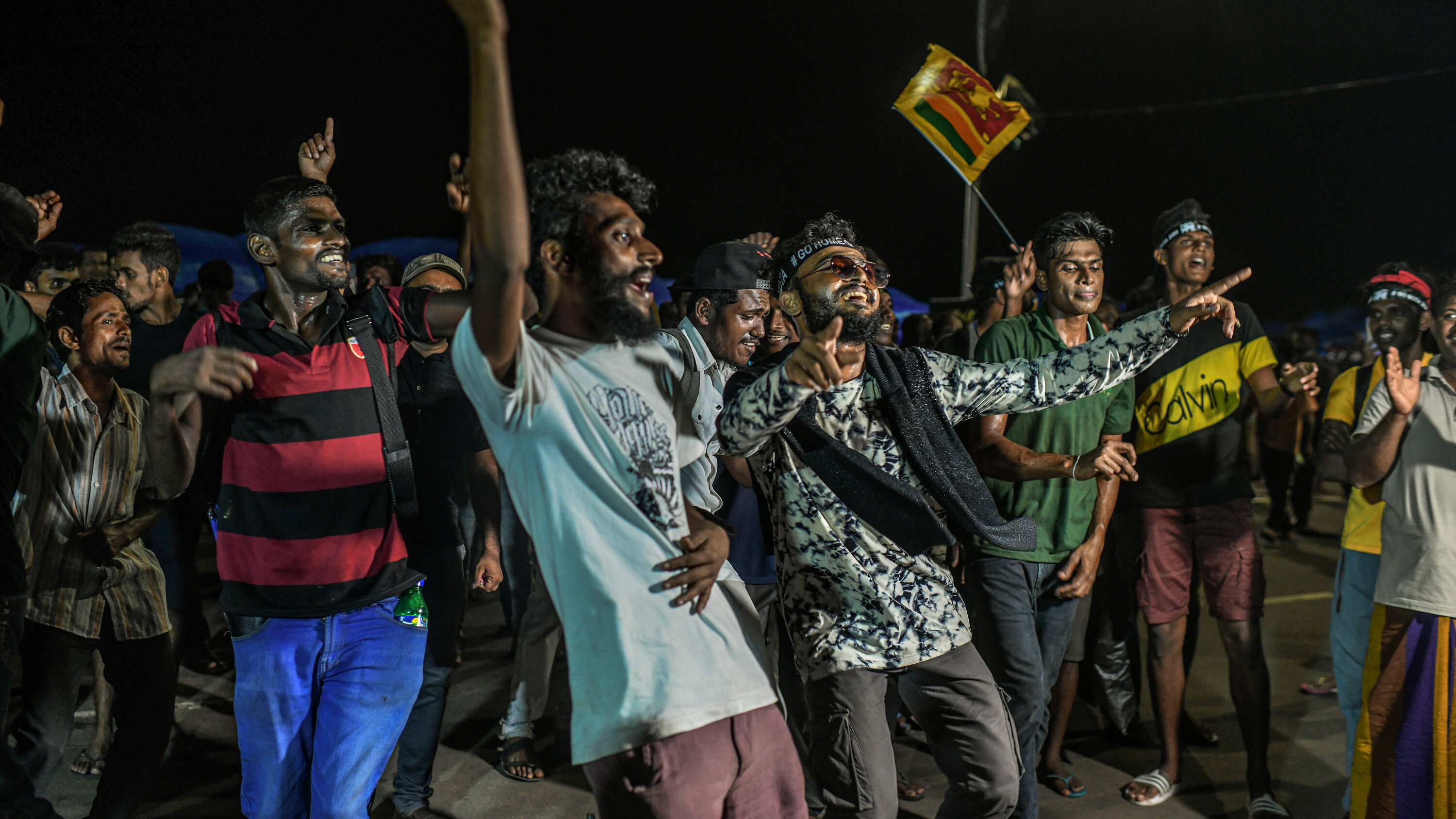