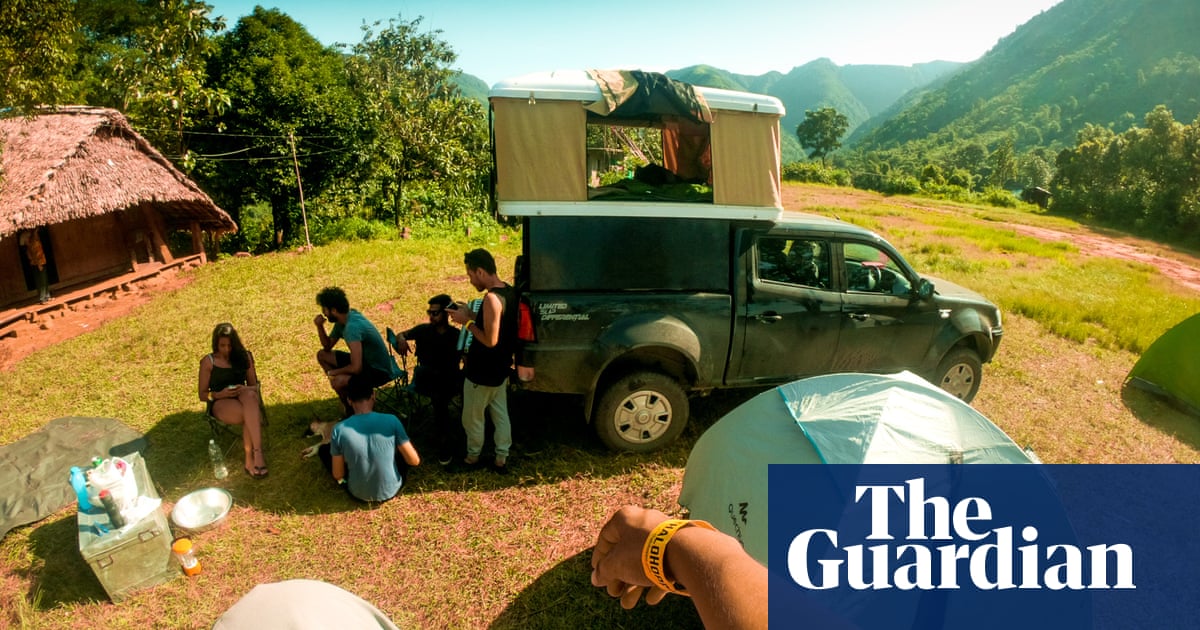 As the rain came down on the shore of Lake Umiam in the north-east Indian state of Meghalaya, Rishab Baid and his friends sheltered in their cosy mobile home, waiting for the weather to ease before taking a walk along the edge of the vast body of water surrounded by green hills.

Baid and his fellow travellers – Nabendu Goswami and Kaushal Jain, all 30 years old – grew up in Assam, the most populous state in the country’s north-east. Now based in Bengaluru in the south, the friends wanted to reconnect with the region where they spent their childhood, while also having an adventure. Their online searches led them to Camping Co, an Indian startup offering a range of camping vehicles, from 4x4s retrofitted with tents to vintage campervans.

While campervanning has been established in the west for decades, where it became a symbol of freedom in the 1960s, the idea of holidaying in a vehicle is alien to most Indians. In a country with a rising aspirant middle class, hotels have traditionally been the preference. “If you stayed in a van, you were thought to be slumming it,” says Adyasha Das, an associate professor at the Indian Institute of Tourism and Travel Management.

Poorly maintained roads and the absence of campsites were also major concerns.

Now, that’s changing. At least nine companies offering campervans for hire have launched across India since 2016 – including three in 2020. As the country’s tourism sector tries to rebuild after shedding 14.5m jobs in the Covid-19 pandemic, campervanning has emerged as a potential lifeline, say travel professionals.

Bengaluru-based LuxeCamper has partnered with an eco-lodge company that allows caravans at its 15 sites across the southern state of Karnataka, while travellers with Camping Co can pitch up at any of 500 privately owned homes and farms. Harsh Sharma, co-founder of Camping Co, which is based in Assam’s largest city, Guwahati, says the company’s fleet was completely booked out in May this year, compared with a 60% occupancy in the same month in 2019.

Other startups include MotoGlampers in the central Indian state of Chattisgarh, and the Delhi-based Carvaa.

Improved roads and the availability of mobile coverage in most parts of the country have helped drive the shift, says Tiger Ramesh, founder of LuxeCamper, as travellers can leave the tourist trail without being completely cut off. Campervan hire is also significantly cheaper than paying for a hire car and hotel room for the night – Camping Co’s vans start at £32 a day.

The pandemic has served as a public relations exercise for campervanning, even though India’s harsh lockdowns meant people often couldn’t take to the roads. “There was a realisation of the benefits of travelling by oneself, away from hotels, and to remote places,” says Ramesh.

The vans are almost always booked out on weekends, says Ramesh, and it’s only during the monsoon season that demand falls.

India’s tourism industry needs all the assistance it can get. The sector employed about 35 million people before the pandemic, and contributed about $194bn (£162bn) to India’s economy in 2019, the bulk of it spent by domestic tourists, according to government data. However, domestic tourist footfall fell dramatically during the pandemic, from 2.3bn trips in 2019 to 610m in 2020.

Multiple states have turned to caravan travel in an effort to revive tourism. The southern state of Kerala launched its first caravan park in February and plans to set up 120 in all. And the governments of Kerala and Karnataka are offering loans to tourism operators who want to buy caravans or set up parks. Maharashtra is allowing people to use any government-run park or property as a caravan site.

The emergence of camper travel means India’s increasingly global young population can experience at home what they’ve tried abroad. Deena Sivadas had been on road trips in New Zealand. In January, she hired a campervan with her husband, Akhil, to visit the states of Assam and Meghalaya.

At Assam’s Kaziranga national park, which is famous for its elephants and rhinos, the couple camped in a village bordering the reserve. “We got to see the animals sauntering around, interacting with nature, away from other tourists,” says Akhil. “It was better than any safari.”

As foreign tourists slowly return to India after the pandemic, Ramesh expects their familiarity with campervans will give a further boost to the sector. March – the latest month for which data is available – saw the highest number of international tourist visits in India since at least the start of 2021, though incoming travel is still significantly lower than it was in 2019.

Meanwhile, Sivadas and her husband say their campervan trip has inspired them to plan an even more ambitious holiday. They’ve found a service that rents out motorbikes for long journeys. “We want to ride one to the Himalayas,” says Sivadas. “We want to push our limits even more.”

16 April
11am: Camping Co delivered our Tata Xenon van to Rishab’s house on the outskirts of Guwahati. The van came with three tents (two inbuilt, and an extra one), sleeping bags, a small stove, pots and pans.

2.30pm: We reached Lake Umiam after a three-hour drive. Most of it – 80km (50 miles) – was on the highway but the final 16km were on a bumpy mud track with no space for two vehicles to pass each other. The van did well and got us to the banks of the lake, where we parked in the grounds of a hotel. We met a group of bikers in their 50s. One of the group was the owner of a famous Guwahati bakery we had grown up visiting, who shared stories of his travels around the world.

6pm: Under the moonlight, Lake Umiam is stunning. It was created by damming the Umiam River in the 1960s, and is 225 sq km in size. It’s surrounded by green hills. As the rain came down, we huddled in the top tent.

17 April
7am: We left Lake Umiam early and drove through the lush green Jaintia Hills, renowned for their waterfalls. We were on our way to the best among them …

10.30am: “Phe phe” means paradise in the local Jaintia language. And the Phe Phe falls lived up to that name. There were several other tourists there when we arrived after a three-hour drive and a short walk. We stood under the waterfall, getting drenched. Refreshed, we hit the road again.

4.30pm: As we reached our destination, Amkoi village, we realised we had a problem. The final kilometre was down a steep mountainous slope, just three metres wide. We somehow made it safely and the villagers gave us rice and dal. Then we set off on a trek to Shnongpdeng village on the banks of the Dawki River. As we walked down the narrow path with thick forests on both sides, the sun began to set and we used our phone torchlights to find our way.

6.30pm: We reached Shnongpdeng village, and the Dawki River, which marks the border between India and Bangladesh. We had brought tents from our van, and camped on the riverbank overnight.

18 April
6.30am: We trudged back to Amkoi on foot, wondering how our van would make it back to the top of the slope outside the village.

8.30am: A saviour! A villager in Amkoi who was familiar with the roads drove our van up to the top and we started our journey back.

10.30am: We stopped at Jowai, the district headquarters. Hilly, like the rest of the region, it’s a buzzing town with a rich cultural legacy. Unlike most of India, the local community follows matriarchal practices, where daughters inherit the family’s assets. For us, it was a much-needed breather: we needed a shower, so we rented a room in a hotel for a few hours, rested, then set off.

3.30pm: Our final stop – at Jiva Veg restaurant in Nongpoh. We ate hot dosas, sandwiches and french fries. It was time for the final stretch of our trip back to Guwahati. 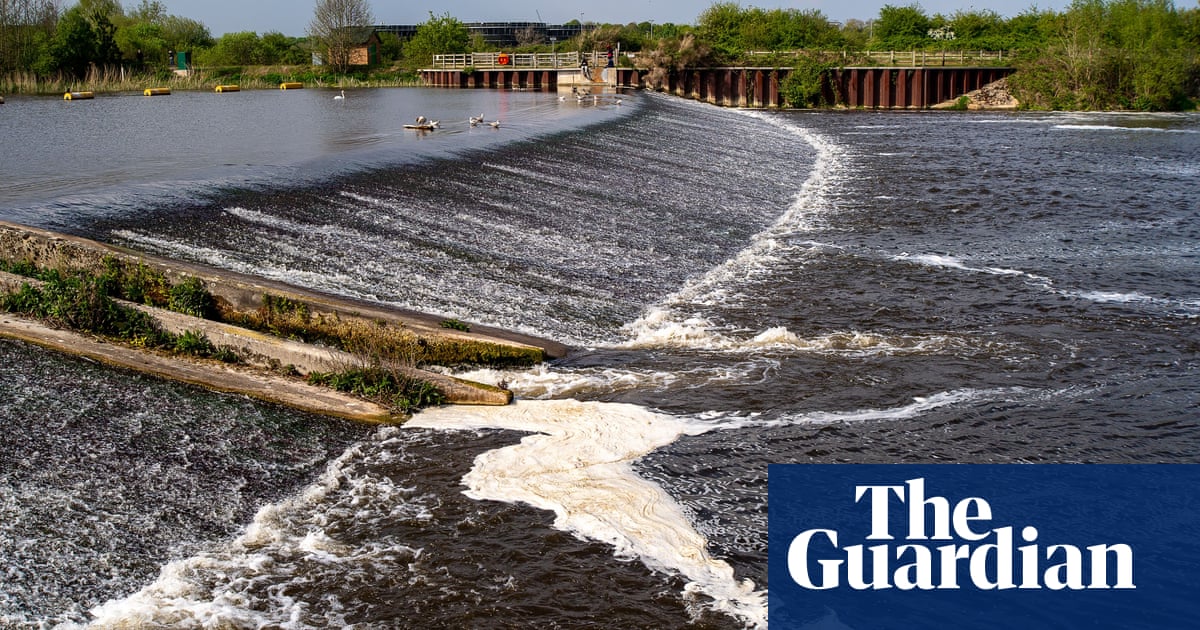