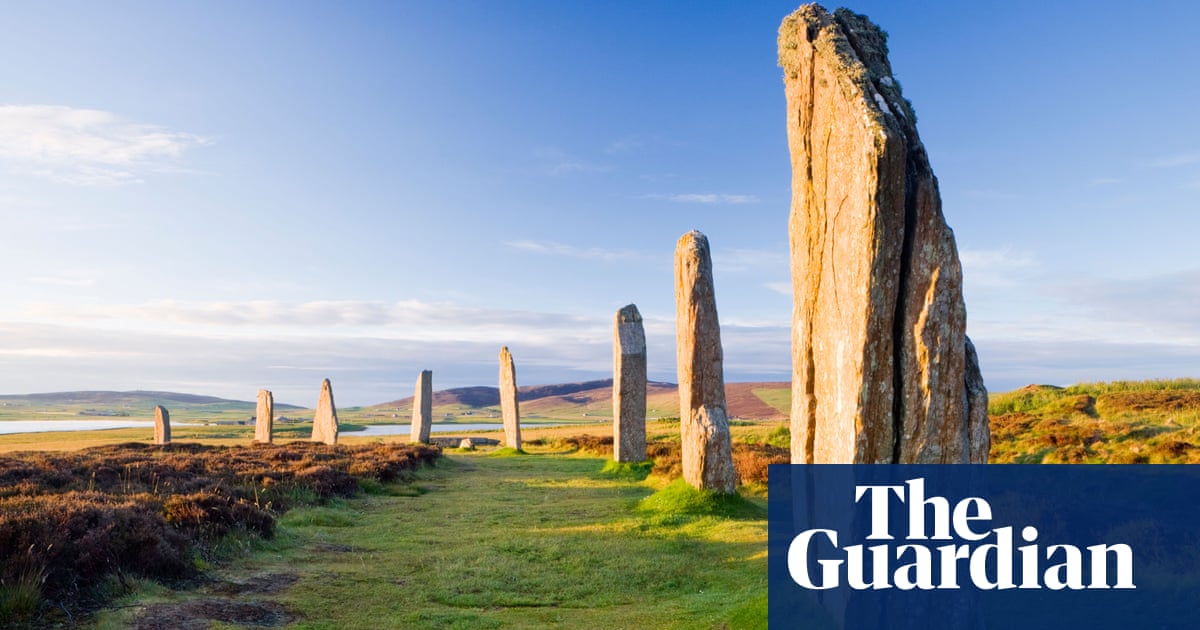 Brooding high up in the hills above the Conwy valley in Snowdonia lies Capel Garmon burial chamber, an almost symmetrical three-chambered Cotswold-Severn-style neolithic tomb, denuded and exposed to the surrounding peaks, sheep and tempestuous climate. Sited in a field with easy access from the road or marked footpaths, it makes a great mini pilgrimage on foot from Betws-y-Coed (approx three miles), or parking is easy, just under a mile south from Capel Garmon village.
Matt Lunt, West Kirby

Visit the Ring of Brodgar on Mainland Orkney outside normal hours if you want to see this neolithic henge and stone circle in its full glory, without hindrance. In high summer the days are longer and night-time short, with no true darkness around the summer solstice, so there is plenty of scope to plan your visit. A lake forms a great backdrop for moonshine and the rising sun. First light emanates from there, silhouetting the stones’ monumental magnificence.
Chris Hunt, Birmingham

At the centre of Carn Euny, an iron age village high on the moors west of Penzance, where ancient Britons glimpsed sparkling sea off north, west and south coasts and might watch distant galleys heading to buy tin at Ictis Insula (Saint Michael’s Mount), is a fogou. There are only 15 of these strange underground chambers in the world: they’re all in Cornwall and no one knows why they were built. Close by is a “clootie: (sacred) well near the church at Sancreed, favoured burial place of Newlyn School artists, and no wonder… Carn Euny is beauty, peace, history and mystery – with free entry.

A short flight from Shetland takes you to the island of Foula – said to be the remotest inhabited part of the UK, though debate still rages. Hiking around rugged Foula in 2021 (population: 28), meant I nearly missed the diminutive stone circle I was excited to see because of thick fog. The Brethren were constructed to align with the midwinter solstice, at least 3,000 years ago. Now they were sunken, half-eaten by the earth. My friend, missing the stones, walked on. I had a private moment with the Brethren, so important to someone, such a long time ago. I wish I had lingered there, the world swept away by fog, thinking about those who came before. If you visit the Shetlands, take that flight to solitary Foula.
Phoebe Arslanagic-Wakefield, London

The Battle of Camlann led to the fall of King Arthur at a place called Slaughterbridge, which is between Tintagel and Camelford, a wonderful place to visit for legend hunters! See the stone which dates back to 540 and marks the spot. You can learn more at the Arthurian Centre, or enjoy the 16-acre Vale of Avalon.
Leeann Stanford, Bideford, Devon

Piercebridge Roman Fort is a fascinating ancient monument in the quaint village of Piercebridge on the banks of the Tees. The site is a perfect place for rest along the beautiful Teesdale Way. There were Romans here from about AD70 until at least the early fifth century. There was an associated bathhouse at Piercebridge, and another vicus (settlement) and a villa south of the river at Cliffe. The fort was on Dere Street, the famous Roman road joining York to the far north of England. It was strategically placed to control the crossing of the Tees, and ruins of the ancient bridge can be found close to the fort.
Mike Ladyman, Manchester

Any visit to Orkney involves literally tripping over some archaeology, but it’s well worth looking beyond Skara Brae. The isle of Rousay is wonderful as an easy day trip from mainland Orkney, and would make for a gorgeous (hilly!) cycle trip. On the salt-swept south shore, Midhowe Broch is more exposed and more evocative of daily life than its better-known neighbour across the sound at Gurness (and free to access, down a steep footpath). Close to the broch are Midhowe tomb and the remains of a farm. The continuity of architecture across the ages, the small, daily life of humans and connection to the landscape are palpable in the tumbled stones. A moving spot with sweeping views!
Aster, Scotland

Hampshire is definitely the place to go to visit an iron age hillfort. Danebury is incredible, in its amazing setting. It’s almost magical, when you see the once hidden gateway, and it does not take much imagination to visualise those who so many years ago maintained Danebury’s defences. To think a community of around 350 people lived here for more than 400 years! Imagine the people having to fight off invaders – the noise, the chaos, and most probably death of many in the fight. It was in 1958 that Hampshire Council bought the hill fort; thankfully they did, allowing us all to see and enjoy!
Meryl Clark, Surrey

My favourite, most magical place is Wistman’s Wood, Devon. It is one of only three remote high-altitude oakwoods on Dartmoor. It is said to be a sacred grove of the Druids – just a magical place! To get there, all you need is a windcheater coat and a passion for finding the most natural places. You can find a small car park near the Two Bridges hotel. It is an easy quarter-mile walk.
Katarzyna Drabek, Cambridge

At Fishbourne Roman Palace near Chichester the floors are amazingly well preserved, and it has the largest collection of in situ Roman floor mosaics in the UK. The location is also worth a visit, as it’s close to the ancient Chichester harbour.
Rose Skelton Pearson, Hove 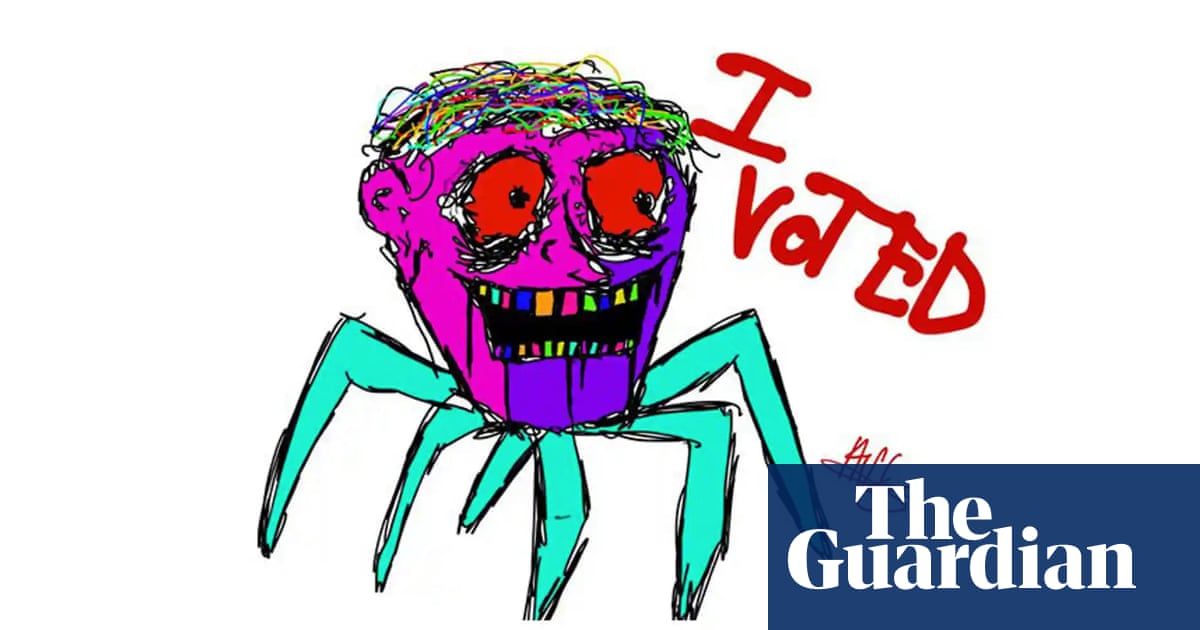 Previous post A US county held an ‘I voted’ sticker contest. This robot spider is going to win | The fight to vote 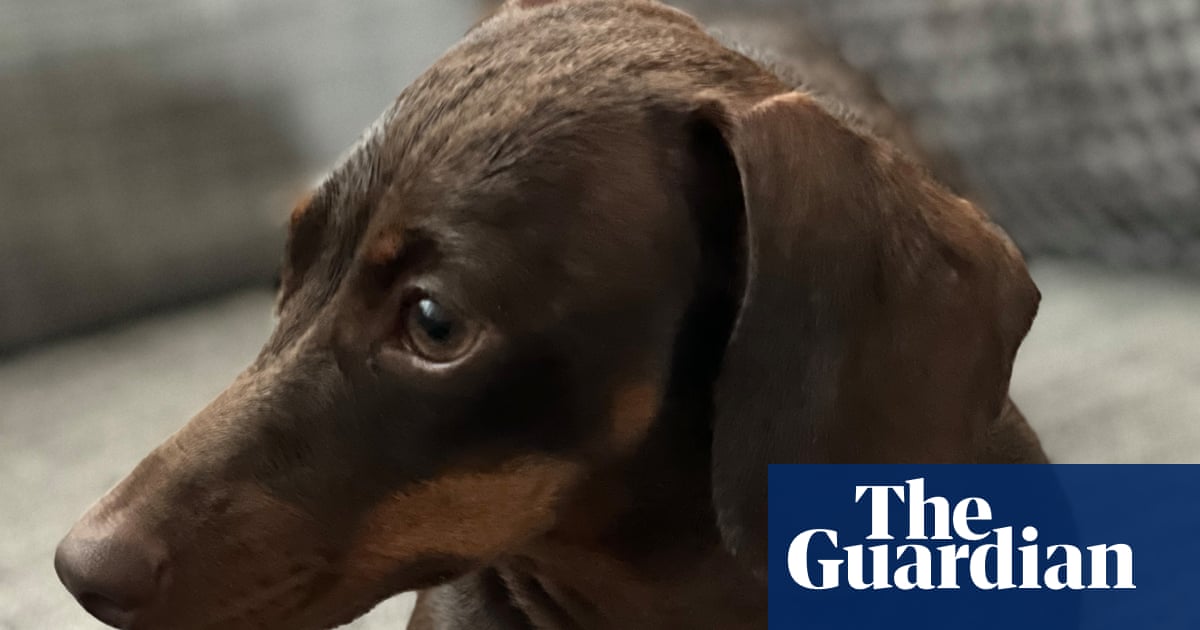