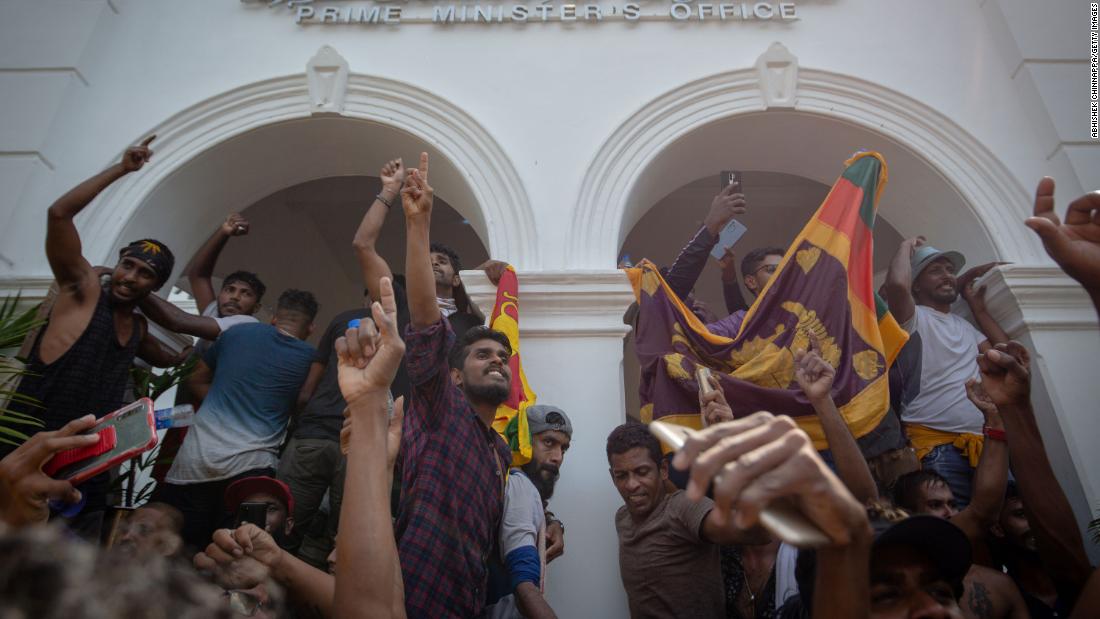 As speculation emerged the President may flee to Singapore, confusion mounted over the stewardship of his once prosperous country, and whether Rajapaksa will formally resign — as he had promised to do before vanishing in the early hours of the morning.

A curfew that had been imposed on Sri Lanka’s 22 million people has lifted, but the South Asian island nation is no closer to normality after months of protests over food and fuel shortages.

Here’s what we know.

Where is the President?

Rajapaksa had been expected to resign on Wednesday, clearing the way for new leadership. Instead he and his wife boarded a military plane and fled from the commercial capital Colombo to Maldives.

The plane had been refused permission to land in Maldives until former Maldivian President Mohamed Nasheed — now speaker of the Maldivian Parliament — intervened, according to a high-ranking security official. A spokesperson for Nasheed did not confirm or deny the intervention.

Maldives and Sri Lanka are close neighbors — the Maldivian capital Male is just a 90-minute flight from Colombo. And Nasheed and the Rajapaksas have a history of cooperation. In 2012, amid anti-government protests in the Maldives, Nasheed and his wife sought political shelter in Sri Lanka, then led by former President Mahinda Rajapaksa, the current President’s brother.

The Maldivian government hasn’t confirmed Rajapaksa’s presence in the country, but Sri Lankans living in Maldives took to the streets of Male anyway on Wednesday to protest his reported arrival.

Photos from the Maldives capital show a crowd of people holding the Sri Lanka flag, and signs reading: “Throw him out here” and “Dear Maldivian friends, please urge your government not to safeguard criminals.”

With speculation that Rajapaksa could head to Singapore next, news outlets in the Southeast Asian city-state flocked to the airport Thursday morning to attempt to catch a glimpse of the President, but he didn’t appear. The Singapore government hasn’t responded to CNN’s request for comment.

Is Rajapaksa still the President?

The President hasn’t formally resigned, but in a statement he appointed Prime Minister Ranil Wickremesinghe as acting president — even though Wickremesinghe had earlier said he’d resign to make way for a new government.

Parliament speaker Mahinda Yapa Abeywardena confirmed on Thursday that he has not yet received a letter of resignation from Rajapaksa, adding he remained hopeful the letter would arrive that day.

Rajapaksa’s resignation would only be considered official once the speaker of Parliament receives a letter of resignation, according to the country’s constitution.

A new President was set to be elected on July 20 after the resumption of parliament on July 16 — though Rajapaksa’s sudden departure, and lack of confirmed resignation, have thrown that into uncertainty.

Rajapaksa’s departure is a historic moment for the island nation, which his family had ruled with an iron fist for much of the past two decades before losing the faith of their once adoring citizens.

What’s going on with the protests?

Last weekend’s demonstrations were among the most dramatic seen so far, with protesters setting fire to Wickremesinghe’s private residence in an affluent neighborhood, and swimming in Rajapaksa’s private pool.

On Wednesday, hundreds of demonstrators broke into the compound of the prime minister’s office in Colombo following a standoff with armed police. Protesters also entered the premises of state broadcaster Sri Lanka Rupavahini.

Photos from Wednesday show crowds of protesters crammed into the prime minister’s office, waving the Sri Lankan flag and singing. Some flooded out onto the balconies and flung open windows, raising their fists at the crowd gathered below.

Police responded with tear gas and water cannons to disperse the crowds. Photos show protesters covering their faces with face masks, bandannas and plastic goggles; some picked up tear gas canisters to throw back toward police.

At least 75 people were injured during the protests Wednesday, according to the National Hospital in Colombo. Many people were brought in due to tear gas inhalation, others with cuts and bruises likely from trying to jump over fences, according to a nurse at the hospital.

One police officer was seriously injured during the protests Wednesday and was rushed to hospital where he was receiving treatment, Sri Lankan police said Thursday. An army sergeant was also injured in scuffles with protesters, police added.

During this incident, protesters took a T-56 rifle and two clips of live ammunition, containing 60 rounds each, police said. Police were looking for the service weapon and ammunition to bring it back into police custody.

As the demonstrations escalated, Wickremesinghe’s office declared a state of emergency — later canceled — and a nighttime curfew. He also appointed a committee of senior armed forces commanders to coordinate ground troops across Sri Lanka, and to “restore law and order.”

What caused the crisis?

Sri Lanka, located just off the coast of India, has been rocked by ongoing protests for months over its worst financial crisis in seven decades.

The country’s foreign exchange reserves plummeted to record lows, with dollars running out to pay for essential imports including food, medicine and fuel — leaving millions unable to feed their families, fuel their cars or access basic medicine.

Frequent and largely peaceful protests have been held since March, with rising public anger over food costs, electricity cuts, and the government’s handling of the crisis. Protesters have demanded the resignations of both Rajapaksa and Wickremesinghe.

The crisis has been years in the making, said experts, who point to a series of government decisions that compounded external shocks.

This borrowing spree coincided with a series of blows to the Sri Lankan economy, from both natural disasters like monsoons and man-made catastrophes, including a government ban on chemical fertilizers that decimated farmers’ harvests.

Facing a massive deficit, Rajapaksa slashed taxes in a doomed attempt to stimulate the economy. But the move backfired, instead hitting government revenue. That prompted rating agencies to downgrade Sri Lanka to near default levels, meaning the country lost access to overseas markets.

Sri Lanka then had to fall back on its foreign exchange reserves to pay off government debt, shrinking its reserves. This impacted imports of fuel and other essentials, which sent prices soaring.

Topping all that, the government in March floated the Sri Lankan rupee — meaning its price was determined based on the demand and supply of foreign exchange markets. However, the plunging of the rupee against the US dollar only made things worse for ordinary Sri Lankans. 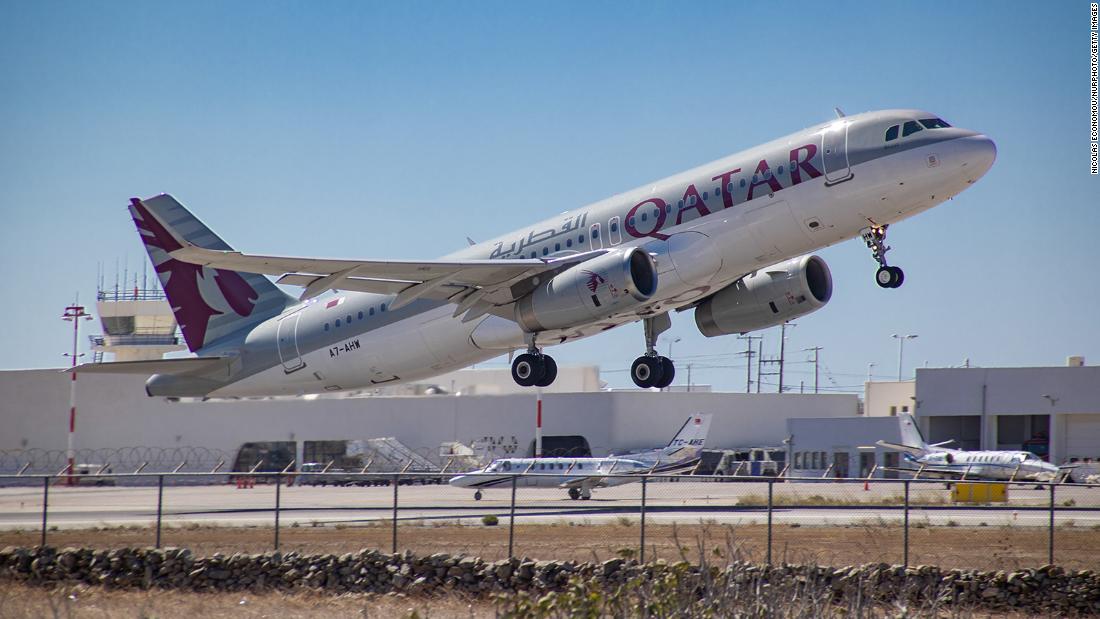 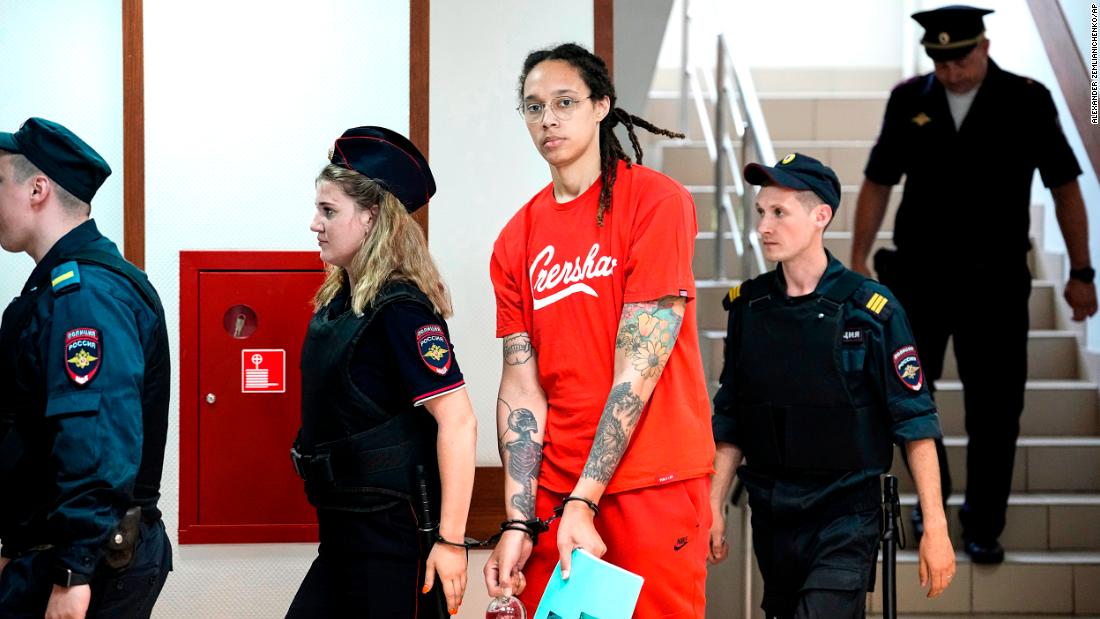