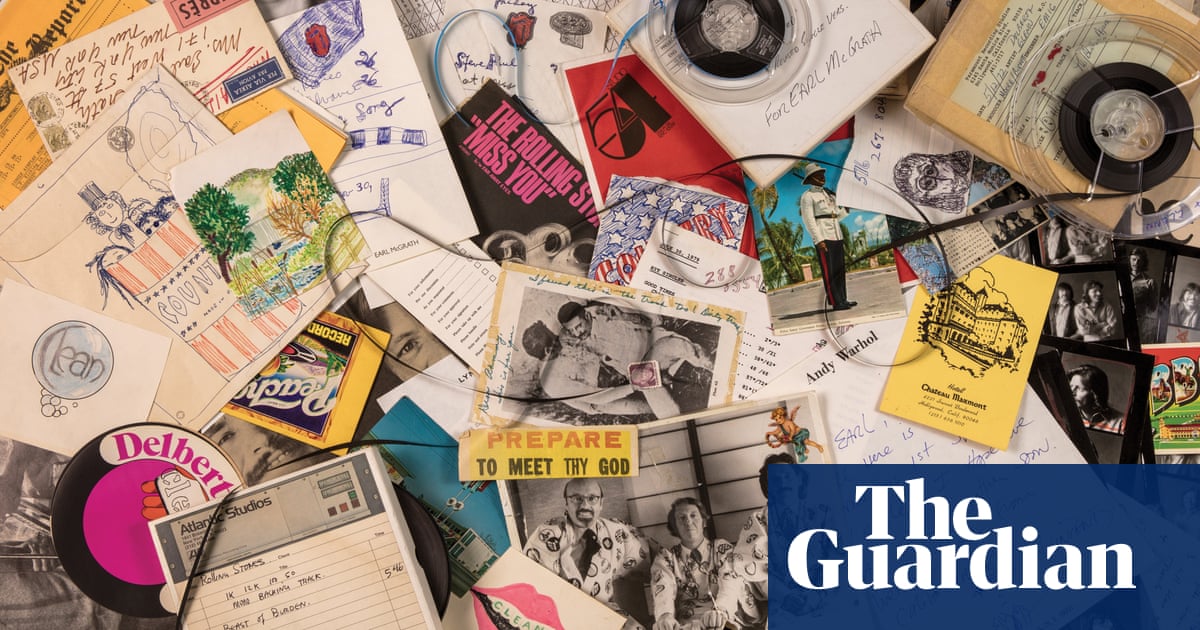 At the apex of his career in the freewheeling 70s, Earl McGrath headed a record company for the Rolling Stones, ran his own label distributed by Atlantic Records that featured early recordings by stars like Hall & Oates, David Johansen and Jim Carroll, and earned steady mentions for himself in gossip columns for partying with stars from Jack Nicholson to Eric Clapton. Yet, by the time he died at age 84 in 2016, few people outside McGrath’s inner circle had any idea who he was or the legacy he left.

In fact, the richness of that legacy – and the wild colors of McGrath’s life – might never have come to light had journalist Joe Hagan not stumbled upon a trove of forgotten recordings stuffed into McGrath’s closet. This week, Light in the Attic Records will issue a collection called Earl’s Closet that features 22 never-before-released recordings that capture a lost time, both in terms of the sounds it features and the culture of the music industry it reflects. Back then, the business was guided by mercurial decisions, unlikely relationships and unchecked behavior, all made possible by the particular power structures of the day. “There is no modern analog for the world Earl was part of,” Hagan said to the Guardian. “That was a time when there was a concentration of fame, glamour and power that simply doesn’t exist anymore. Back then, there were still cultural gate-keepers and Earl was one of them – a whimsical one.”

In fact, whimsy served as his most useful tool. Those who worked with McGrath are quick to point out that “Earl didn’t know the first thing about the record business,” Hagan said. “When I asked David Geffen about him, he said ‘Earl was to the record business what surfing was to Kansas.’”

But he had two compensating features – charisma and taste. Every one of the artists he signed to his label of the early 70s, called Clean Records, had fascinating quirks and promising talent, amply evidenced by the music on Earl’s Closet. It’s dominated by the prevailing sound of the day – country-rock-inflected singer-songwriters, operating under names like Shadow, Little Whisper and the Rumors and Delbert and Glen. If you’ve never heard of any of them it’s because Clean never came close to scoring a hit; some of its artists didn’t even see a single song released. “Earl’s attention span was too short to see anything through,” Hagan said.

In fact, Hagan says, Clean existed “mainly as a lark, to give Earl something to do”.

That Ahmet Ertegun, along with another music mogul of the day, Robert Stigwood, would fund such a shot-in-the-dark venture shows the depth of their ardor for McGrath. “They just wanted to have him around because he was such a good time,” Hagan said. “With all of these guys, their social world was as important as what they were doing in the business. And Earl was a key person in that social world.”

That world extended way beyond music. McGrath was close to people in literature (Joan Didion dedicated her classic 1979 collection of essays, The White Album, to him), art (he was an early collector of work by Cy Twombly and Robert Rauschenberg) and film (having worked for Darryl Zanuck at 20th Century Fox). But the question remains: what drew so many smart and powerful people to McGrath? “He was a playful person,” Hagan said. “When you were with Earl, you felt like you were in on a secret.”

The actor and director Griffin Dunne (who is Joan Didion’s nephew) discovered that when he was just 12. “The first time I met Earl, he told me, ‘I’m going to be your fake uncle,’” Dunne said. “Then he dropped a roach in my hand.”

In the late 60s, McGrath’s hijinks almost got Dunne thrown out of Catholic boarding school. “He sent me a copy of the LA Free Press, which was a radical paper at the time that had things like drawings of Vietnam soldiers with dead babies on their bayonets. The school freaked out but Earl enjoyed upsetting people. That’s what I loved about him.”

McGrath’s impish entry into the inner circles of influence and cool couldn’t have been less probable given his background. He came from a poor family in the inaptly named Superior, Wisconsin. His father, a short-order cook, abused his son, breaking his arm after finding out that he wasn’t his true offspring. At 14, McGrath went to live on his own in a local YMCA. Later, he joined the Merchant Marines and, afterwards, ended up in LA where, as an avid reader and budding esthete, he wrote letters to Christopher Isherwood and the poet WH Auden. “His ‘in’ to culture was through the gay bohemia of the 50s,” Hagan said. “There’s a whole correspondence in the New York Public Library between him and Auden with original Auden poems on the backs of letters he wrote to Earl.”

(In terms of McGrath’s sexuality, Hagan said it was “fluid at the least”.)

Auden introduced McGrath to the poet Frank O’Hara, the composer Leonard Bernstein and an Italian executive at RCA Records who wound up connecting him to the rich countess Camilla Peccu-Blunt. McGrath set about wooing and wedding her, much to her family’s horror. “She was this very aristocratic woman who had manners and came from a very straight world and he was the opposite,” Hagan said. “Earl was this very provocative and ribald person. But that mix made them a good combination as a social couple.”

For a while McGrath lived in Los Angeles, where he wrote scripts that went nowhere. Later, he claimed his idea for a TV show about a rock band was stolen by the creators of the series The Monkees. He also claimed to have inspired the movie Midnight Cowboy which, together, suggests McGrath might have been a bit of a fabulist.

Back in New York, he met Ertegun, who was drawn by his playfulness, his pranks and his general joie de vivre. It helped that McGrath connected Ertegun to the Stones. (He knew their banker, Prince Rupert Lowenstein, who told him that the band were looking to get out of their lousy record deal.) Ertegun swooped in to sign them for a much better contract at Atlantic, which included their own label imprint. To entice other musicians, and spread his social cache, McGrath and his wife created their own salon based both in New York and in the lavish estate she owned in Lucca, Italy, where they would entertain with decadent abandon. Their parties became emblematic of the time. “It was a time when the social classes were breaking down,” Hagan said. “Suddenly you had parties by these Upper East Side socialites and matrons being invaded by drug dealers, Mick Jagger and Andy Warhol. That wonderful mix was the essence of Earl’s world. He was the glue – bringing everyone together at a dinner party to do drugs, sleep together and have fun.”

At one such event, McGrath introduced Jagger to Jerry Hall, who was then involved with Bryan Ferry. Right after, she moved on to the Stones’ front man. In between the drugs and the dalliances, McGrath did manage to get a bit of work done at the label Ertegun had given him. His first signing to Clean Records – whose logo was designed by his friend, the artist Larry Rivers – was a duo then known as Whole Oates. After Ertegun heard their work, however, he felt it had too much commercial potential to be consigned to what was, in a sense, McGrath’s vanity label. So, he moved the newly named Hall & Oates to Atlantic. Thankfully, two sterling songs from that Whole Oates period appear on Earl’s Closet. Both were highly influenced by the rustic sound of The Band, in contrast to the slicker pop-R&B sound the group later became famous for.

Hagan found such tapes, essentially, by accident. In the last decade, he met McGrath while reporting his book Sticky Fingers, an authorized, but sometimes unflattering, biography of Jann Wenner, the creator of Rolling Stone magazine. After McGrath’s death, his executors wanted to liquidate his estate. In the process, they asked people in his broad circle if they were interested in checking out its contents. (His art collection went to Christie’s for a lucrative auction.) Hagan was interested in McGrath’s far less valuable record collection when he stumbled upon a closet in his Manhattan apartment whose shelves sagged with more than 200 reel-to-reel tapes. Intrigued, he acquired them for what turned out to be less than $1,500. Many of the demos he found were awful. “There were endless James Taylor and Joni Mitchell wanna-bes, and a lot of Little Feat sound-a-likes,” Hagan said.

Still, he managed to sift gold amid the dross, including an early song credited to Delbert and Glen titled Two More Bottles of Wine. Years later, Delbert achieved fame under his full name, Delbert McClinton, and his wine song became a hit for Emmylou Harris. Amid the tapes, there were also great, early tracks by Terry Allen, who later became a respected country star as well as a fine artist whose work is now in the collections of MoMA and the Metropolitan Museum of Art.

There was also a song by the Warhol super-star Ultra-Violet (How Do You Do Children of the Most High) and a rough, early run by David Johansen at Funky But Chic, whose final version ended up on his first solo album on another label. Another choice song comes from a duo named Country, which featured Tom Snow, who later became highly successful co-writing songs for stars from Linda Ronstadt to Dionne Warwick. Snow remembers McGrath as “a little nutty and little eccentric, almost like a court jester”, he said. He also remembers him bringing Bianca Jagger to one of the band’s showcases. “He knew all the glitterati,” he said.

While Americana recordings dominate the album, it also includes 70s-style soul pieces, including one by Norma Jean Bell, who played with Stevie Wonder and who later cut the Detroit house staple I’m the Baddest Bitch (in the Room). From McGrath’s days running Rolling Stones Records, there comes a punky track titled Tension from Jim Carroll that wasn’t included on his classic 1980 debut, Catholic Boy.

Most of the artists on the set disappeared into the mist, including Michael McCarty (whose father-in-law, weirdly enough, was the junk-horror auteur Ed Wood Jr). Three artists on the set are so obscure, Hagan couldn’t track them down. The label that is releasing the album has set up an escrow account for those artists should they ever turn up.

By the 90s, McGrath’s heady time in the music business came to an end after Ertegun reduced his duties at Atlantic. For some years, he retained his connections to the art world but his sphere of influence shrank significantly, especially after his wife, Camilla, died in 2007. In his prime, however, McGrath was a person “who made things happen”, Hagen said. “He was a true Zelig. Coming from nothing, he found his way into this unbelievable world of art and culture. Whatever the zeitgeist was at that time, he was at the center.” 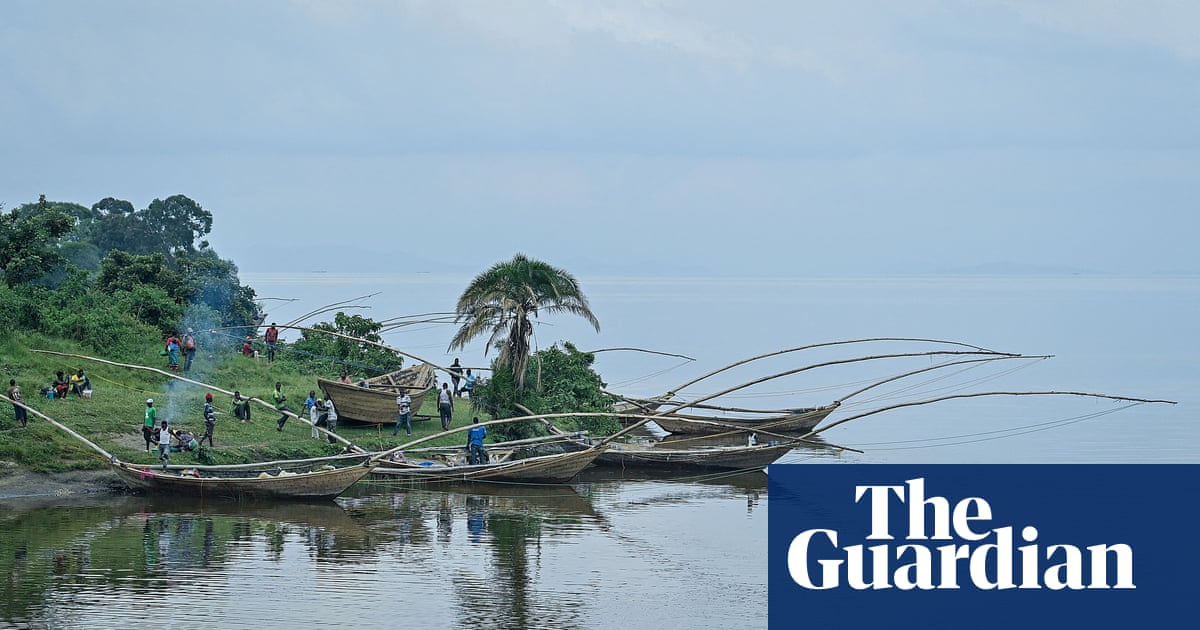 Previous post Weatherwatch: ‘evil wind’ around African lake that can be deadly 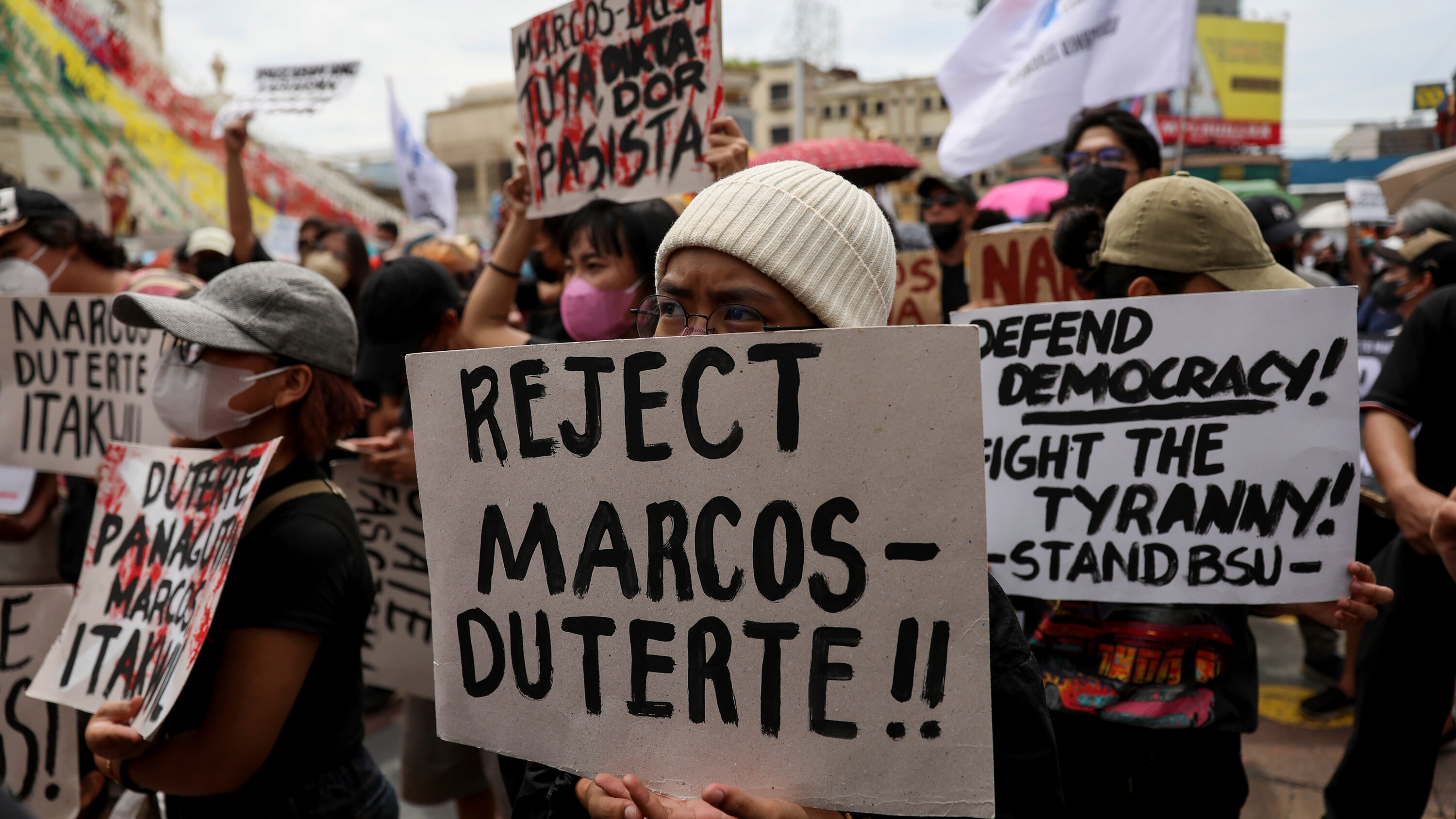