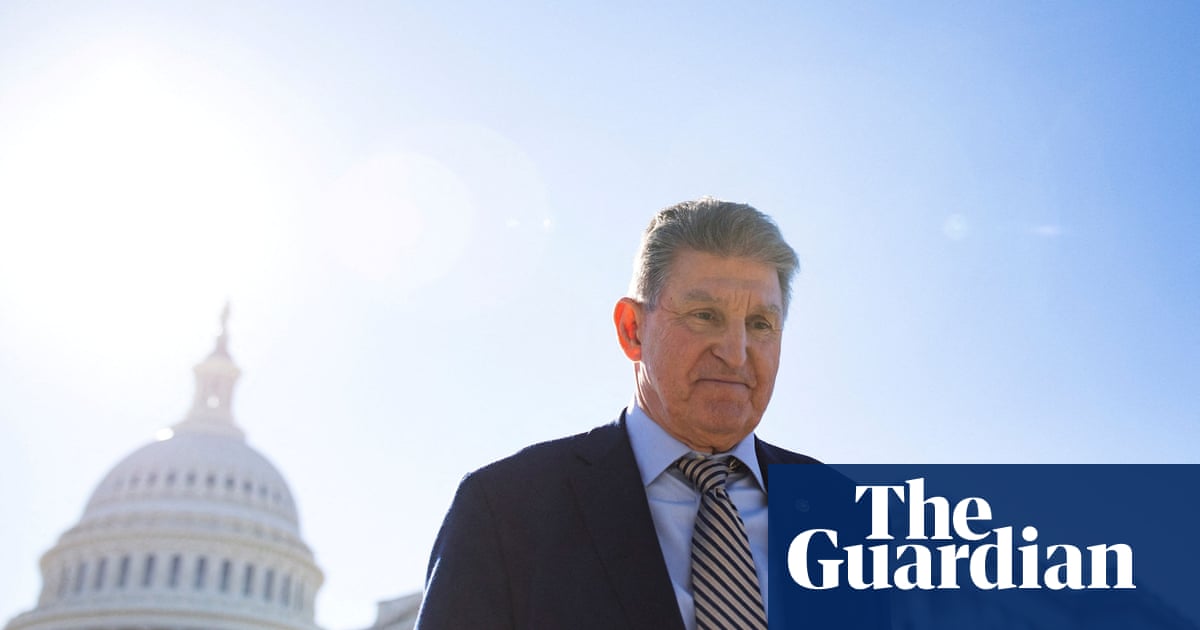 Joe Manchin, the Democratic senator who has repeatedly thwarted his own party while making millions in the coal industry, has refused to support more funding for climate action, dealing another blow to Joe Biden ahead of the midterm elections.

The West Virginia Democrat is also against tax raises for wealthy Americans.

Biden and Democrats hope to include environmental measures in a roughly $1tn version of the $2tn Build Back Better bill Manchin killed last year in dramatic fashion, announcing his opposition on Fox News Sunday.

Then, the Biden White House angrily accused Manchin of breaching “commitments to the president and [his] colleagues in the House and Senate”.

Bridges were rebuilt and there were new negotiations underway but on Thursday night, Manchin appeared to reach for the dynamite once again.

According to a Democrat briefed on negotiations on Capitol Hill, Manchin told Chuck Schumer, the Senate majority leader and New York Democrat, he would oppose legislation if it included climate or green energy provisions or higher taxes on the rich and corporations.

The Democratic official also said Manchin told Schumer he would support a new spending package only if it was limited to curbing pharmaceutical prices and extending federal subsidies for buying healthcare insurance.

Manchin disputed that version of events in a call to a West Virginia radio show. He said he told Schumer he would not commit to environmental or tax measures until he saw the inflation rate for July, which is due out on 10 August, and the size of the expected interest rate hike agreed by the Federal Reserve at the end of July.

“Let’s wait until that comes out, so we know that we’re going down a path that won’t be inflammatory, to add more to inflation,” Manchin said. “I can’t make that decision … on taxes … and also on the energy and climate because it takes the taxes to pay for the investment into clean technology that I’m in favor of. But I’m not going to do something and overreach that causes more problem.”

“I said, ‘Chuck, can we just wait. How much more and how much damaging is that going to be?’ … He took that as a no I guess and came out with this big thing last night and I don’t know why they did that.”

In any event, news of Manchin’s position was a new shock for Democrats scrambling to pass major legislation before November elections in which Republicans are predicted to perform strongly. Democrats are dependent on Manchin’s vote in a Senate divided 50-50 and controlled by the vote of the vice-president, Kamala Harris.

In March 2021, Manchin backed Biden’s $1.9tn coronavirus relief package after negotiations during which, according to the Washington Post reporters Bob Woodward and Robert Costa, Biden told him: “Joe, please don’t kill my bill.”

But the senator has since stood in the way of much of Biden’s agenda, from the Build Back Better package to measures which would require reform to the filibuster, the Senate rule which requires a 60-vote supermajority for most legislation, giving an effective veto to the minority party in this administration.

Democrats and progressives have argued for scrapping or reforming the filibuster in order to legislate on key issues under attack from the right, including voting rights and the right to abortion.

But Manchin and others opposed to such moves, prominently including Kyrsten Sinema of Arizona, are in part aligned with Biden, a former senator wedded to chamber traditions who opposes abolishing the filibuster entirely.

Passing the spending bill now at hand would let Democrats show voters they were addressing priorities while drawing a contrast with Republicans expected to oppose the legislation unanimously.

Top Democrats wanted to approve the package before the August recess. Progress on major legislation is much harder late in election years, when every vote can become the target of attack ads.

Manchin will not face re-election as the only Democrat in statewide office in West Virginia, a state with a powerful coal industry lobby, until 2024. His own coal business, Enersystems, has earned millions of dollars as the only supplier of low-grade coal to a high-polluting power plant near Fairmont, West Virginia.

According to campaign finance filings, in the 2021-22 cycle Manchin is the senator who has received most money from donors in coal mining, natural gas transmission and distribution and oil and gas. He is second for donations from alternate energy production and services.

Manchin first signaled unease with the spending bill on Wednesday, saying high inflation figures left him feeling “more cautious than I’ve ever been”. His opposition then became clear as Biden continued a difficult first Middle East tour as president, his domestic approval rating taking a pummeling over inflation and other economic problems.

John Podesta, founder of the Center for American Progress, said Biden should use his executive powers to take climate action.

“It seems odd that Senator Manchin would choose as his legacy to be the one man who single-handedly doomed humanity,” Podesta said. “But we can’t throw in the towel on the planet.”

July 16, 2022 at 02:25AM Adam Gabbatt and Martin Pengelly in New York and Chris Stein in Washington 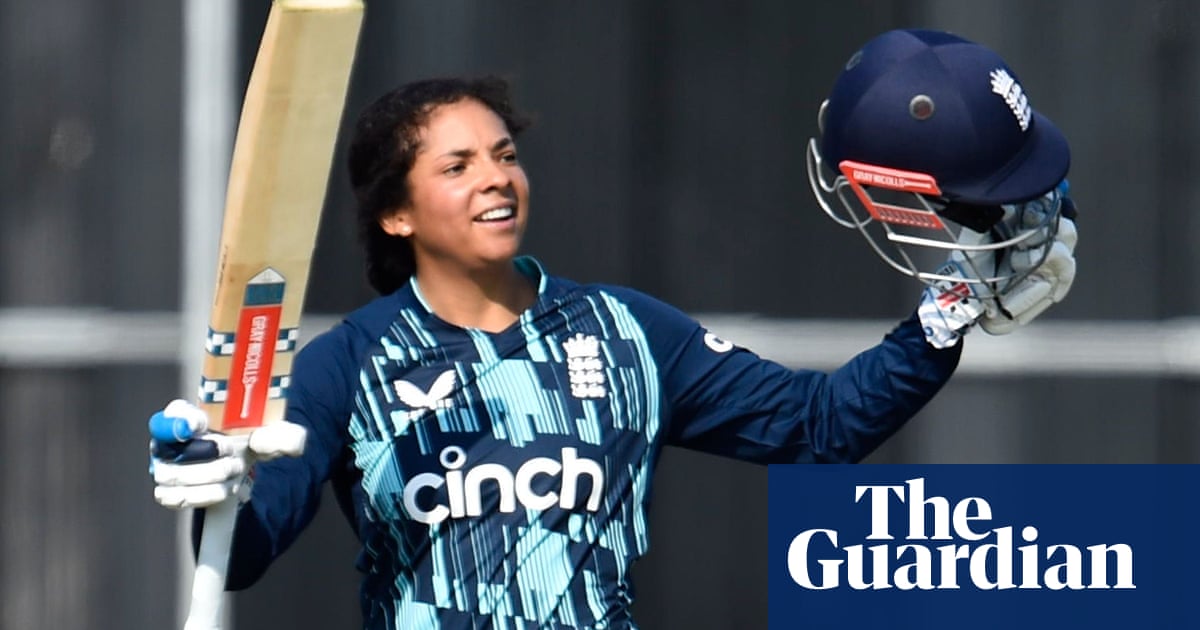 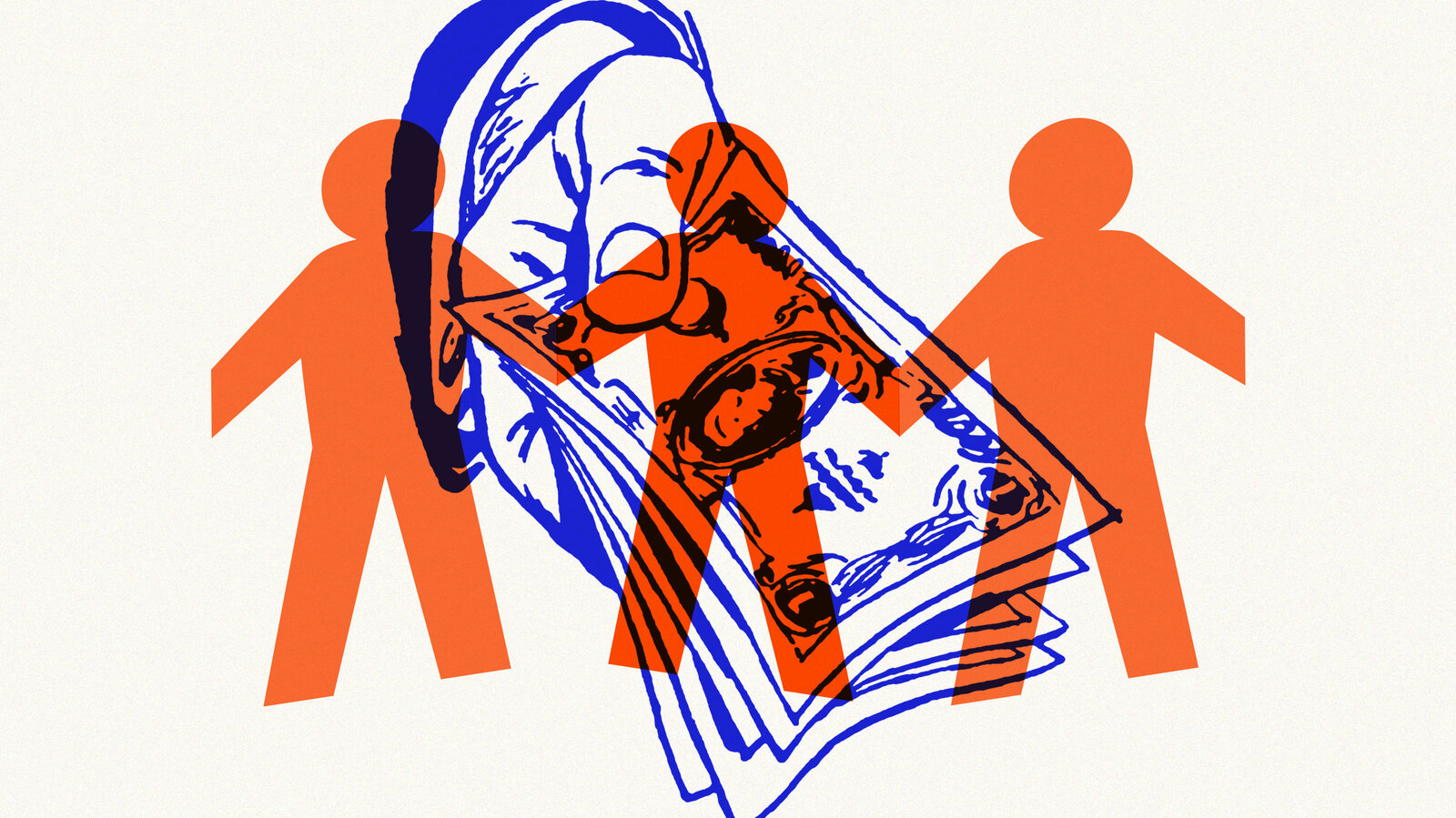