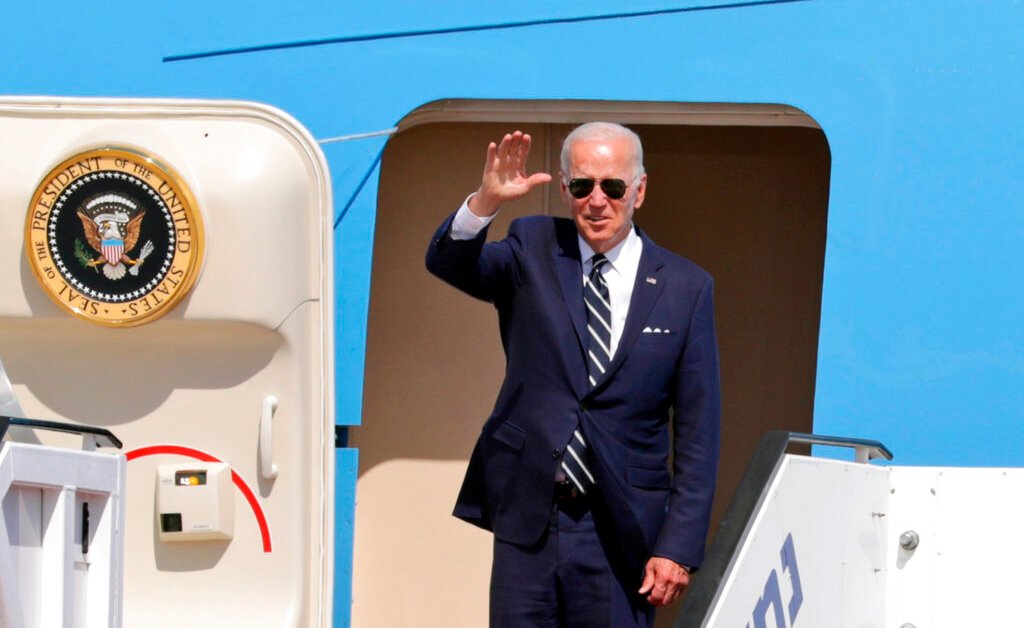 WASHINGTON — President Joe Biden seemed to bow Friday to Sen. Joe Manchin’s demand for a slimmed-down economic package, telling Democrats to quickly push the measure through Congress so families could “sleep easier” and enjoy the health care savings it proposes.

Biden’s statement came hours after Manchin, the West Virginian who is one of Congress’ more conservative Democrats, said that if party leaders wanted to pass a measure before next month’s recess, it should be limited to provisions curbing prescription drug prices, extending subsidies for people buying health insurance and reducing the federal deficit.

“Families all over the nation will sleep easier if Congress takes this action,” Biden said in a statement released by the White House. “The Senate should move forward, pass it before the August recess, and get it to my desk so I can sign it.”
[time-brightcove not-tgx=”true”]

He added, “This will not only lower the cost of prescription drugs and health care for families, it will reduce the deficit and help fight inflation.”

Read More: Young Voters are Down on Biden. That Doesn’t Mean They’ll Bail on Democrats in the Midterms

Manchin, whose vote is a necessity for Democrats to succeed, had also said that if party leaders want to pursue a broader measure aimed at curbing climate change and raising taxes on the wealthy and corporations, they should wait until later this summer. He argued that would allow time to see what happens to inflation and interest rates this month, a delay that would also push consideration of the legislation until the weeks just before the November elections and jeopardize its fate.

In his statement, Biden said action on climate and clean energy “remains more urgent than ever” but also acknowledged a willingness to accept, for now, delays in congressional action.

“If the Senate will not move to tackle the climate crisis and strengthen our domestic clean energy industry, I will take strong executive action to meet this moment,” he said. His moves would produce jobs, shield the country against fuel price hikes and protect the climate, he said, adding, “I will not back down: the opportunity to create jobs and build a clean energy future is too important to relent.”

Biden’s comments marked the latest retreat he and congressional Democratic leaders have made since initially pushing wider-ranging goals early last year that would have cost $3.5 trillion or more.

Those priorities would have also provided free pre-kindergarten, low-cost child care, paid family leave and more. But they ultimately fell victim to Democrats’ slender majorities in Congress and stark changes in the political and economic climate that have seen voters show deep concerns over this year’s soaring inflation, including record gasoline prices.

The president’s options for executive action or Environmental Protection Agency regulations could include rejecting permits for oil and gas drilling on federal lands and waters, tightening pollution allowed from coal-fired plants and restricting natural gas pipelines and other fossil fuel projects.

Environmental advocates want him to go further and declare a national climate emergency that would invoke authorities to boost clean energy such as wind and solar power.

THIS IS A BREAKING NEWS UPDATE. AP’s earlier story follows below.

WASHINGTON (AP) — Democrats should delay President Joe Biden’s signature economic package until later this summer, Sen. Joe Manchin said Friday, a demand that would jeopardize the party’s tax and environment goals and set up a risky congressional showdown over the plan until the cusp of November’s elections.

The pivotal West Virginia Democrat told a statewide radio show that if party leaders want to vote this month on the still-emerging measure, they should limit it to provisions curbing pharmaceutical prices, extending soon-to-expire federal health care subsidies and reducing federal deficits.

While those are leading Democratic priorities, that would mean excluding other top objectives they’ve long pursued under Biden. Those include prompting a shift from fossil fuels to cleaner energy sources and paying for its priorities by taxing the wealthiest Americans and companies, both among the party’s most deeply held aspirations.

Read More: Why Biden’s Polling Is So Terrible

Party leaders have hoped to achieve those initiatives in time to flash them before voters ahead of elections in which Republicans could win control of Congress. Democrats are eager to show they are addressing this year’s steadily rising consumer costs, which polls show are voters’ paramount concern.

Manchin said Democrats should wait until July figures on inflation are available, which would occur in August. He also wants lawmakers to assess the next actions the Federal Reserve will take on interest rates as it struggles to tame rising prices while avoiding a recession.

“Let’s wait until that comes out so we know we’re going down the path that won’t be inflammatory to add more to inflation,” Manchin said on “Talkline,” a West Virginia talk radio show hosted by Hoppy Kercheval.

Manchin spoke a day after he told Senate Majority Leader Chuck Schumer that he could not support a bill now that would include other party goals like battling climate change and raising taxes on the wealthy and large corporations, according to a Democrat briefed on those talks.

The two lawmakers have been negotiating for months over a package that’s been expected to reach around $1 trillion over 10 years, with about half used to reduce federal deficits. While he has expressed concerns for months about intensifying inflation, his latest demands come days after the government said consumer costs rose last month at an annual rate of 9.1%, the steepest increase since 1981.

Support from Manchin, one of his party’s more conservative members of Congress, will make or break any measure Democrats can produce in the evenly divided Senate. The plan faces certain unanimous opposition from Republicans, who argue its boosts in spending and taxes would further inflame inflation.

Manchin’s apparent rejection of the climate measures is a jarring setback for Biden’s ambitious environmental agenda. It includes making the power sector free of planet-warming carbon gases by 2035 and cutting overall greenhouse gas emissions in half by 2030, compared to 2005 levels.

In a bid to secure Manchin’s support, Democrats had slimmed their down their planned climate spending from $555 billion to just over $300 billion. He’d also forced Democrats to drop two provisions he opposes: giving tax credits to drivers who purchase electric vehicles, and making it easier for producers of clean energy to collect tax breaks.

Asked about Manchin’s stance, White House Press Secretary Karine Jean-Pierre told reporters Friday aboard Air Force One, “We’re just not going to negotiate in public.” She said Biden would use “every authority that he has” to rein in climate change.

Manchin said he considered his talks with Schumer “still going.” Yet his latest stance evoked a mixture of anger and pragmatism from fellow Democrats, who must weigh whether to declare victory with a package narrowed to Manchin’s contours.

House Speaker Nancy Pelosi, D-Calif., told reporters she was unsure what remained in her party’s proposal but added, “I would be very, of course, disappointed if the whole saving the planet is out of the bill.” A spokesperson for Schumer did not immediately return requests for comment.

Rep. Pramila Jayapal, D-Wash., who leads the Congressional Progressive Caucus, said she favors the prescription drug and health care subsidies that Manchin said he backs but is skeptical Manchin will ultimately support them.

“Look, the guy has changed his mind” before, Jayapal told reporters. “So let’s see. I have no confidence.”

Manchin blew up Biden’s $2 trillion social and economic package last December after it had passed the House and following months of talks in which Democrats pared it down to meet the West Virginian’s demands. Over months of talks, he helped force his party to abandon initial plans for an overall price tag of $3.5 trillion or more and helped coerce Biden to drop proposals for free pre-kindergarten, child care assistance and paid family and medical leave.

“If there was a guarantee that we could get the bigger deal in September, I’m open to that,” said Rep. Richard Neal, D-Mass., who chairs the tax-writing Ways and Means Committee. “But to go to the altar, at some point we need to say, ‘I do.’”

Read More: Why Republicans Don’t Want Trump to Announce a 2024 Run Soon (or Ever)

Democrats want to reach an agreement and push it through Congress before lawmakers begin an August recess.

Delaying action until after the break would leave Democrats facing a dangerously ticking clock. Special budget powers expire Oct. 1 that would let them push the legislation through the 50-50 Senate over solid GOP opposition with Vice President Kamala Harris’ tie-breaking vote.

That would pose a risk that any Democratic absences because of COVID-19 or any other reason would leave them lacking the votes they need. It would also push congressional action until just weeks before the November elections, when any votes can be quickly spun into a damaging campaign attack ad.

Manchin said he was concerned that raising corporate taxes would prompt layoffs and some of his party’s environmental proposals would hinder “what this country needs to run the economic engine and the lives of human beings.”

Other Democrats say the broader measure would address a global environmental catastrophe already under way and help lower earners afford health coverage. They say its initiatives would be fully paid for by making high earners and large corporations pay their fair share in taxes, a popular cause among Democrats.

AP reporters, Farnoush Amiri, Matthew Daly and Will Weissert contributed to this report. 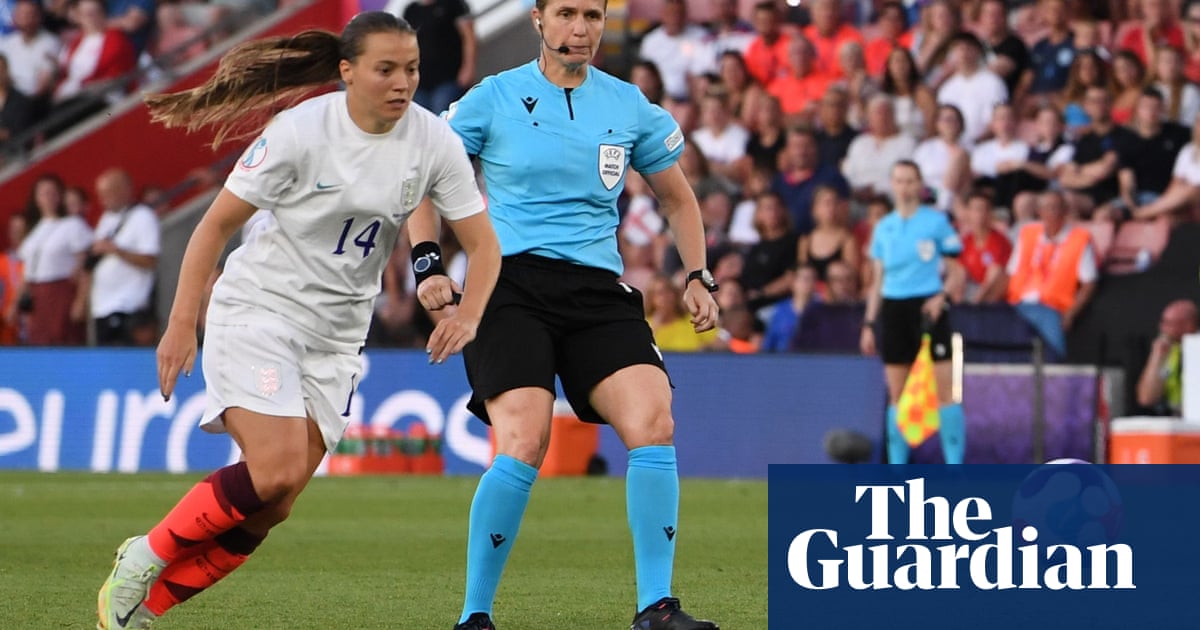 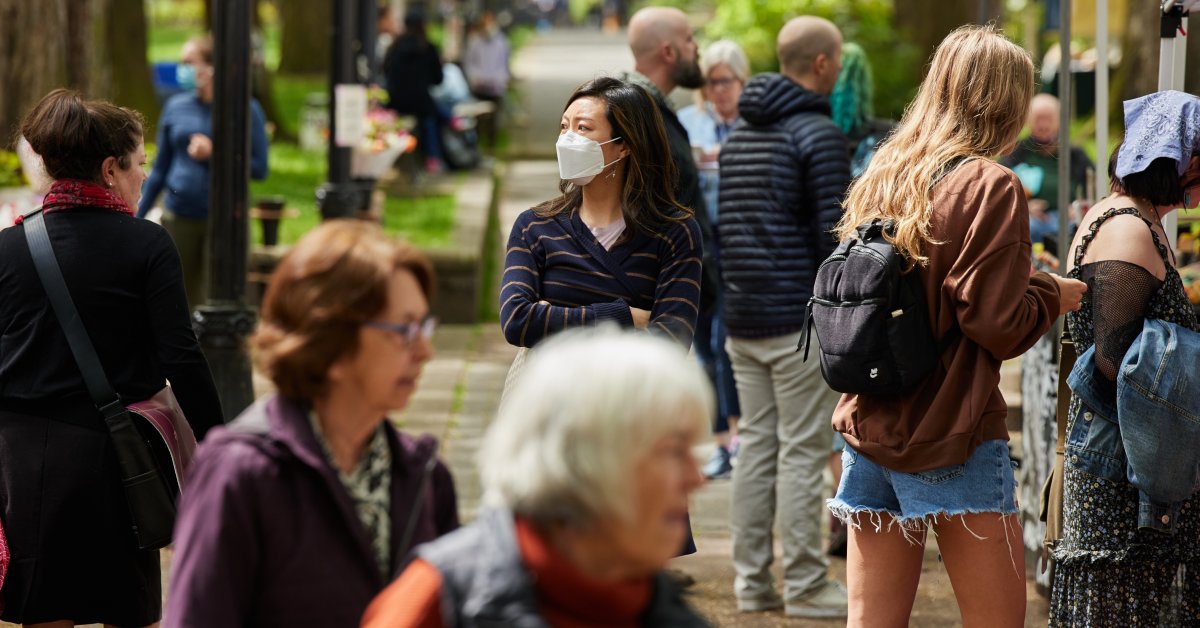