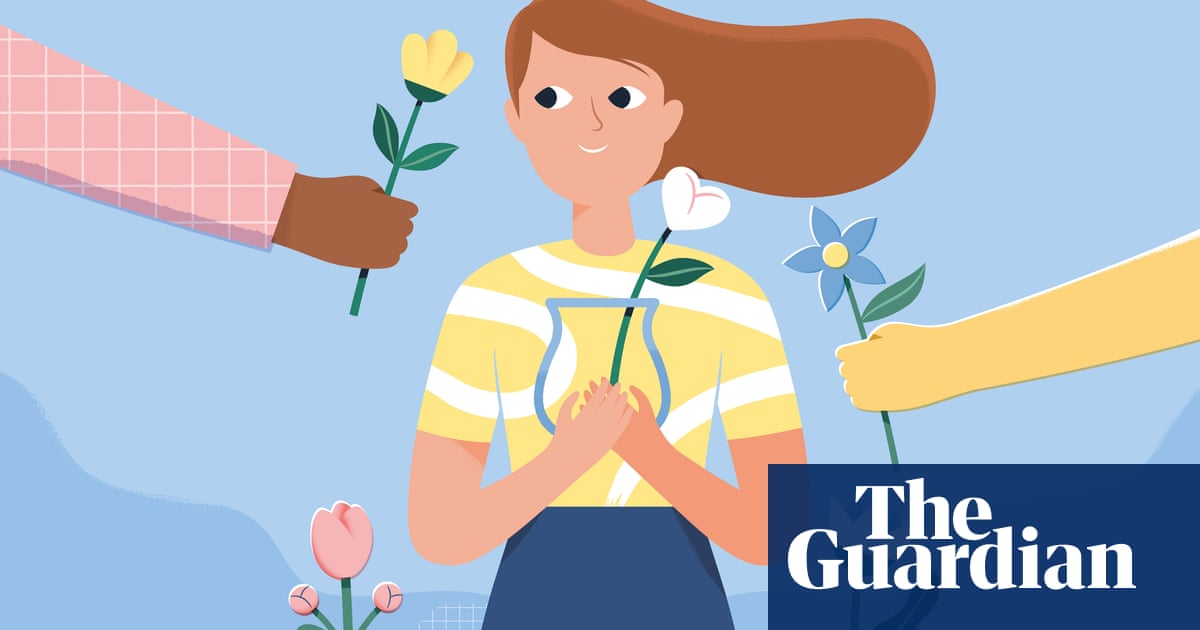 Thirty years ago, Gary Chapman, a relationship counsellor and Christian pastor, published a book that purported to give the secret to lasting love.

According to The Five Love Languages, there are – wait for it – five “languages” through which people communicate tenderness, affection and commitment to their partner.

We all naturally gravitate towards one of these, he says, and if you can work out yours, as well as that of your partner, you are significantly less likely to find yourself screaming at each other over the washing up.

The languages are: acts of service, words of affirmation, physical touch, quality time and giving gifts. Despite – or perhaps because of – its Christian, heteronormative stance (I have never read so many anecdotes about driving to church), it has sold more than 20m copies and is now a somewhat unlikely hit on TikTok – possibly because young people’s desire to categorise themselves hasn’t really changed since they pored over those quizzes in Just Seventeen.

While many readers may feel squeamish about anything with a whiff of self-help, the book is credited by at least one person I spoke to as having saved their marriage.

After all, as Chapman puts it, this is “the real world of marriage, where hairs are always on the sink and little white spots cover the mirror”.

Tell me I’m good enough, tell me I’m lovable and I will wash your underwear for the rest of our lives

I am not married. At least, not yet. But if my child and my habit of hanging up towels are anything to go by, I am in a long-term relationship. And it’s one that bears the stains and stretch marks of a parenthood, a pandemic, financial insecurity and a long-running disagreement about whether or not to have another child.

My partner and I love each other, but we don’t always show it very well. Today, for instance, I woke up at 4.45am to find him doing Wordle in the dark. I went out for a run. We didn’t say a word to each other. Could I knit us closer together once more by learning my partner’s love language? Well, it wouldn’t hurt.

According to Chapman’s slightly unfortunate phrase, we each have a “love tank”. When we are loved, that tank gets filled. As I read the book, it became pretty clear that in my case it is words of affirmation that I need. Tell me I’m good enough, tell me that I’m lovable, and I’ll wash your underwear for the rest of our lives.

“It’s to do with how you were shown love growing up,” says relationship therapist Simone Bose. If you had a parent or carer who used words to encourage you, you might look to a partner for the same.

“But it can go the opposite way,” cautions Bose. “Perhaps what you really wanted was quality time spent with that person. So you crave something quite different in your partner.”

Undeterred, I give it a go. As my partner walks through the door, I tell him that it’s really lovely to see him. Later, when he’s working, I tell him he’s good at his job. Just before bed, I tell him that I love him. Judging by his reaction, I might as well have honked out the saxophone solo of Baker Street.

“Do words of affirmation make you feel loved?” I ask later.

“I don’t think so,” he replies. “I’m just not sure I believe the things people say. If I told my mum I wanted to become a Premier League footballer, she would tell me that I could do it.”

When I ask my dad what makes him feel most loved, he looks at his bike lock for a second then answers: “Physical touch.” This is the man who used to let me draw over his entire back with felt-tip pens, lost in a reverie of physical sensation. The first time he met my newborn son, he stroked his soft fontanelle with tears in his eyes. He is a man who feels love in his body. Perhaps my partner would appreciate some of the same. As Chapman argues, perhaps unsurprisingly: “Physical touch can make or break a relationship.”

“My partner and I both meet in touch,” says No More Page 3 campaigner Lucy-Anne Holmes, whose 2019 book, Don’t Hold My Head Down, charts the year she spent trying to find sexual satisfaction. “We might have a night of candles and massage and eye contact. Or the bar might be much lower – and it might involve a laptop,” she says. “We both express our love in touch, and that’s a big part of our relationship.”

As I was writing this piece, my partner came down with Covid, and so we didn’t hug for three days. During that time, I felt estranged.

Once the infection had passed, I asked him if he’d experienced the same feeling of dislocation. He replied: “I don’t think so.”

When I asked again, a little more directly, my partner did say that sex made him feel loved. But it clearly isn’t his primary love language.

I’m terrible at gifts, but my partner loves giving them. He posts hand-drawn pictures to his mother and buys book tokens to thank people for babysitting. On our first date (in a Travelodge in Bethnal Green) he turned up with a copy of Out on the Wire, a comic about radio production. So thoughtful.

“It might feel unnatural for some,” says Bose, meaning me. “So you need to talk about why it makes them uncomfortable. What does it bring up?”

For me, it’s the pressure of the situation: I find receiving gifts awkward, and choosing them even more stressful. I also hate that they are intrinsically linked to any celebration.

In The Five Love Languages, Chapman writes that every culture involves gift-giving in the “love-marriage process”. But those gifts do not have to be expensive, or even bought. As Chapman puts it: “You must be thinking of someone to give them a gift … It doesn’t matter whether it costs money.”

“Because you’re bad at presents, I think I’d find it an even greater act of love if you got me a gift,” my partner tells me. So, the next day, I spend £12.99 on a mug with “Silence Please” printed across the side. Then I buy a box of condoms and a card. Physical touch and gift-giving all in one go. I reckon I’ve got this nailed.

There is something that Holmes describes as “Grand Designs syndrome”, in which someone builds a house for their partner but, as a result, doesn’t spend a moment with their family for more than a year. I am very Grand Designs syndrome. As a mother, 99% of my love for my son is expressed in acts of service: making him meals, wiping his nose, cycling him to a museum full of insects. With my partner, I follow a similar pattern: making dinner and arranging our social life.

The fact that both of them would happily eat pesto and pasta every night and are always asking me to sit down with them instead, doesn’t make a difference. For me, making dinner is love. As Chapman puts it, acts of service “require thought, planning, time, effort and energy. If done with a positive spirit, they are indeed expressions of love”.

This can be a little tricky when it comes to romantic relationships because “acts of service might make you feel like a parent to your partner,” says Bose, adding: “But perhaps what they actually want is a sexual companion or a collaborator.”

In the spirit of the exercise, I offer to help him with a colleague issue at work. He says thank you, but rose petals do not fall from the sky.

In the end, my boyfriend takes an online quiz to find out his love language: “Apparently, I’m quality time, which is impossible when you have a kid.”

It sounds hard. As Bose puts it: “Quality time can be quite a challenging one, especially for people with children, busy jobs or – as in many cases – both. But even 10 minutes of being together, looking at each other, is better than nothing.”

And so the following night, the first truly warm evening of the year, I announce that we are going to eat pizza in the field behind our house. Walking along the little stream that borders our housing estate, my son talks animatedly about ancient Egyptians; he is clearly loving this. We eat and eat, surrounded by tall grass and feathery rushes. 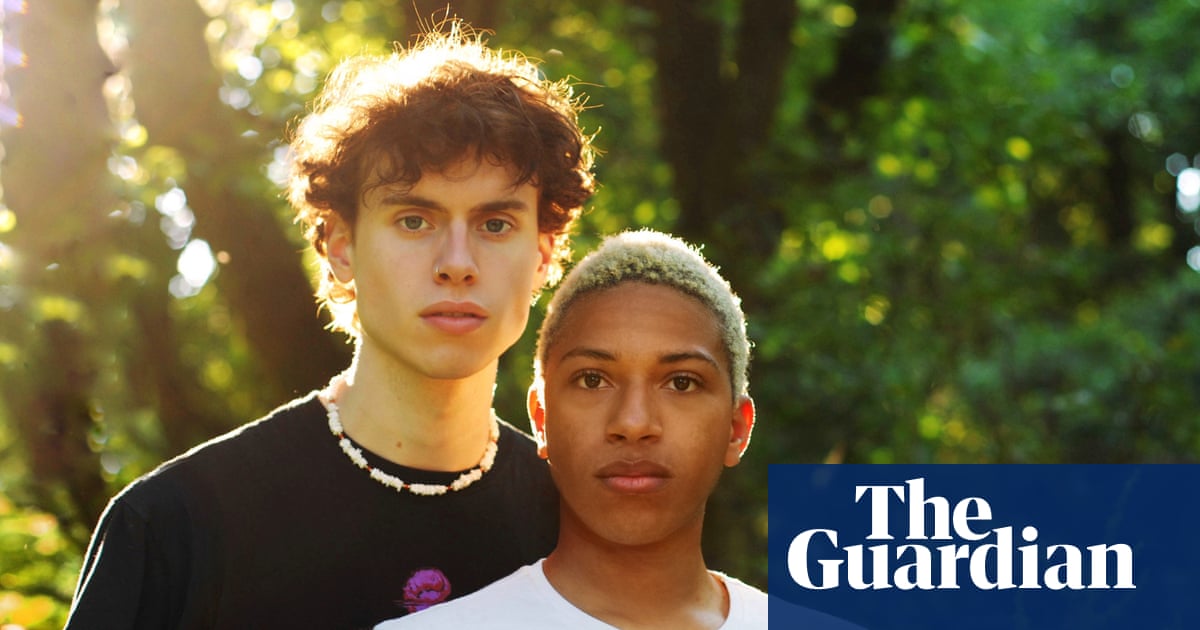