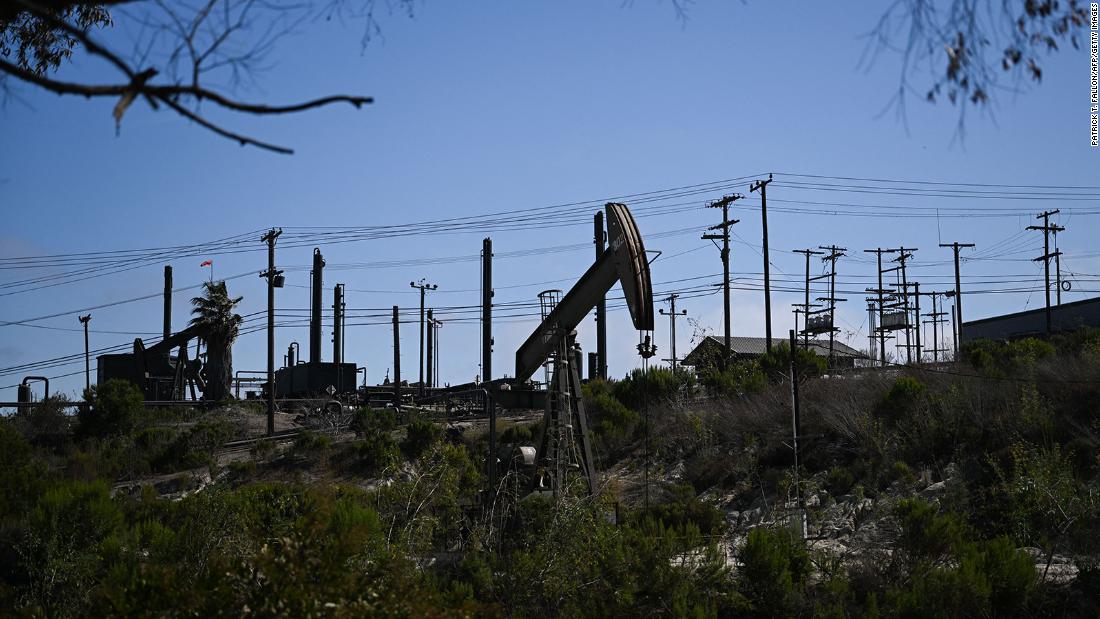 “I’m concerned, the numbers were worse than we thought,” said Howard Silverblatt, senior index analyst at S&P Dow Jones Indices. The financial sector is one of the best barometers for the rest of the earnings season, he added.

The analyst consensus is that earnings will grow by about 5.7% this quarter, even though about six of the 11 sectors that make up the S&P 500 are expected to report declines in earnings per share.

That’s because the S&P 500 has a small but mighty hero: the energy sector.

See here: Energy earnings are expected to grow by well over 200% this quarter, nearly tripling their profits from a year ago, according to Wells Fargo estimates.

Energy stocks make up just 4.2% of the overall S&P 500, said Silverblatt, but if you remove them from the mix earnings across the index would likely fall by about 2% this quarter.

While war in the Ukraine and the related unpredictability hurt almost all sectors of the market, oil benefitted.

“The gains in energy follow a ‘barbell’ motif — there’s strength on both ends,” wrote Sam Stovall of CFRA.

On the upstream side, West Texas Intermediate oil, the US benchmark, averaged almost $109 per barrel in the second quarter, up 65% year-over-year. On the other end, wallet-busting gas prices at the pump gave consumer-facing companies like Exxon a boost.

This single-sector heroism isn’t unheard of during economic downturns.

In the second quarter of 2020, Big Tech did the heavy lifting.

Alphabet, Amazon, Apple and Facebook (now Meta) earned more than $28 billion combined. The positive earnings pushed the total value of the companies above $5 trillion, nearly a fifth of the entire S&P 500.

But this time around, things are a bit different. The tech sector makes up about 30% of the S&P 500 and exerts much more influence than energy’s 4% slice.

“Revisions have been phenomenal for the energy sector,” said Matt Stucky, senior portfolio manager at Northwestern Mutual Wealth Management Company. “But it’s just such a small piece of the market that if you have a mild slowdown, energy is not going to be able to act as a ballast.” The energy sector typically performs poorly during recessions, he added. “It’s not something you can depend on.”

The energy sector has already lost much of its superhero status.

Oil prices have fallen precipitously as investors worry that expected Fed rate hikes this month could lower oil demand. US West Texas Intermediate crude was at $95.02 a barrel on Thursday. Energy stocks, tracked by the Energy Select Sector SPDR ETF, have fallen about 18% this month.

So while “the natural inclination for investors during choppy market environments is to concentrate their portfolio in what’s working and sell what isn’t, that’s the opposite of what you should do,” said Stucky.

Instead, he recommends that investors “increase diversity, be disciplined and rebalance frequently. It’s painful. But on the other side of a recession asset classes that have gotten punished do rebound.”

China’s growth is weak. And the outlook uncertain

China’s economy has recorded its worst quarterly performance in over two years, after months of harsh Covid lockdowns wreaked havoc across the country, my CNN Business colleague Laura He reports.

Gross domestic product in the world’s second largest economy expanded by just 0.4% in the three months to June 30, compared with the same period last year, according to the National Bureau of Statistics (NBS) on Friday.

That was sharply lower than the 4.8% increase it registered in the previous quarter and far below the 1% growth estimated by economists in a Reuters poll. On a quarterly basis, GDP shrank 2.6%.

It was the weakest performance since the first quarter of 2020, when China’s economy came to a near standstill as it battled to contain the initial coronavirus outbreak that started in Wuhan.

China expects a rebound in the second half, but Beijing admitted Friday that reaching its GDP goal of 5.5% growth this year would be hard.

“There are challenges to achieve our expected economic growth target for the whole year,” a spokesperson for the NBS said at a press conference in Beijing.

Step back: The country is contending with a sharp slowdown in activity due to Beijing’s stringent zero-Covid policy, a bruising regulatory crackdown on the private sector, and a real estate crisis that is causing rising bad debts at banks and growing social protests.

Consumer spending remains weak, while the job market is under significant pressure — youth unemployment hit a new record high of 19.3% in June.

Chaoping Zhu, Shanghai-based global market strategist for JP Morgan Asset Management, said the poor second quarter reflected the shock from the Omicron outbreak earlier this year, and the lockdowns imposed on major cities to contain it.

“Looking forward, we expect to see continued economic recovery in the second half of this year, mainly supported by government-led infrastructure investment,” he said, adding that China’s real estate woes posed a downside risk to growth.

Property investment dropped 9.4% in June from a year ago, after falling 7.8% in May, according to calculations by Macquarie Capital based on government data. Property sales by floor areas decreased 18% last month, following a 32% plunge in May.

Over the last few days, desperate homebuyers across dozens of cities have refused to pay mortgages on unfinished homes. The payment boycott comes as a growing number of projects have been delayed or stalled by a cash crunch that saw giant developer Evergrande default on its debt last year and several other companies seek protection from creditors.

Plunging sales are causing a liquidity crunch for developers, said Larry Hu, chief China economist for Macquarie Group. That could turn into a major headache for China’s banks.

“Decisive and effective regulatory measures must be taken to prevent the mortgage boycott from developing into a systemic risk,” said JPMorgan’s Zhu.

Is Wall Street losing its appetite for buybacks?

But the announcement follows recently released results of the Federal Reserve’s annual stress test. The test suggested that JPMorgan, the largest bank in the US by assets, would have to curtail buybacks in the near-term because of an increase in stress capital buffers.

Dimon said that the suspension was implemented to meet capital requirements and “allow us maximum flexibility to best serve our customers, clients and community through a broad range of economic environments,” indicating that inflation and rising interest rates are also causing banks to change their capital allocation.

Executives typically use buybacks to reduce the number of shares available for purchase, thus increasing demand for their stock and earnings per share. Critics counter that they allow ultra-wealthy executives to manipulate markets while funneling corporate profits into their own pockets instead of the economy.

Executives sell more stock in the eight days following a buyback announcement from their companies than at any other time, according to SEC data — repurchases that have made up an increasingly large chunk of corporate profits over the past decade. Corporate stock is owned largely by wealthy Americans: the top 10% of US households by wealth own about 90% of corporate equity.

Last year, companies in the S&P 500 repurchased a record $882 billion worth of their own shares.

But JPMorgan Chase was reducing its level of buybacks well before Thursday’s announcement. In the last quarter of 2021, the bank repurchased $2 billion in shares. Last quarter, the bank bought about $2.5 billion worth. That’s significantly lower than the bank’s average $5.47 billion in quarterly share buybacks between the first and third quarters of 2021.

Companies may be shying away from the trend. “Buybacks have not been a big lever for JPMorgan Chase shares in the recent years,” said Ben Silverman, director of research at investment research firm VerityData.

JPMorgan is seen as a financial industry bellwether. This announcement may forecast what’s to come for the rest of the financial sector, said Howard Silverblatt, senior index analyst at S&P Dow Jones Indices.

Coming next week: Earnings from Goldman Sachs, Bank of America, Netflix and Tesla.

Previous post Opinion: Webb photos we reveled in are also a stark reminder 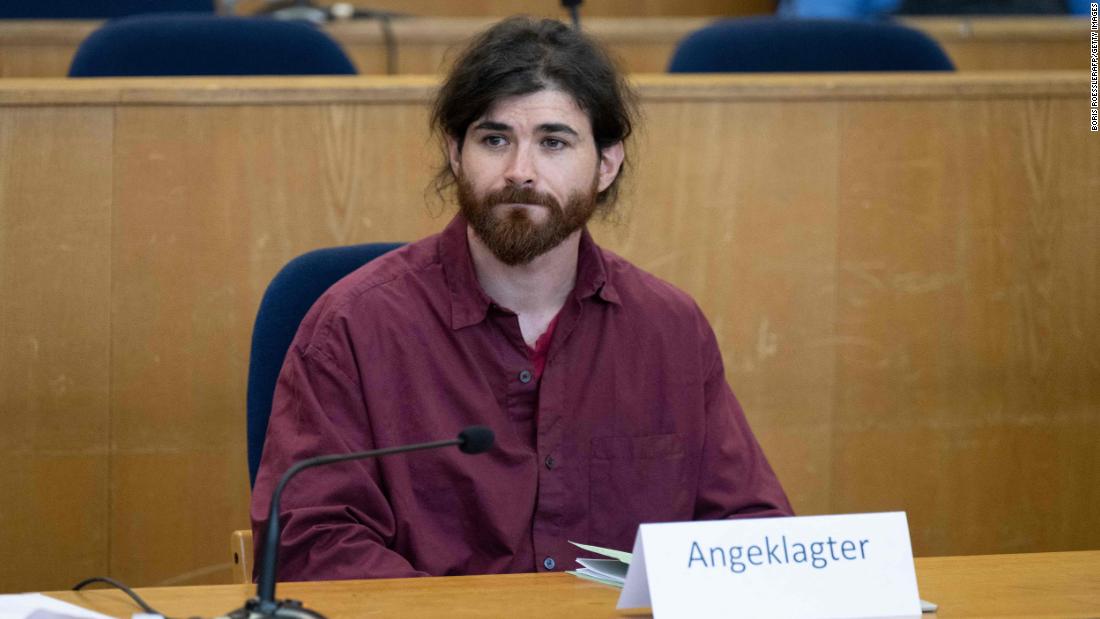