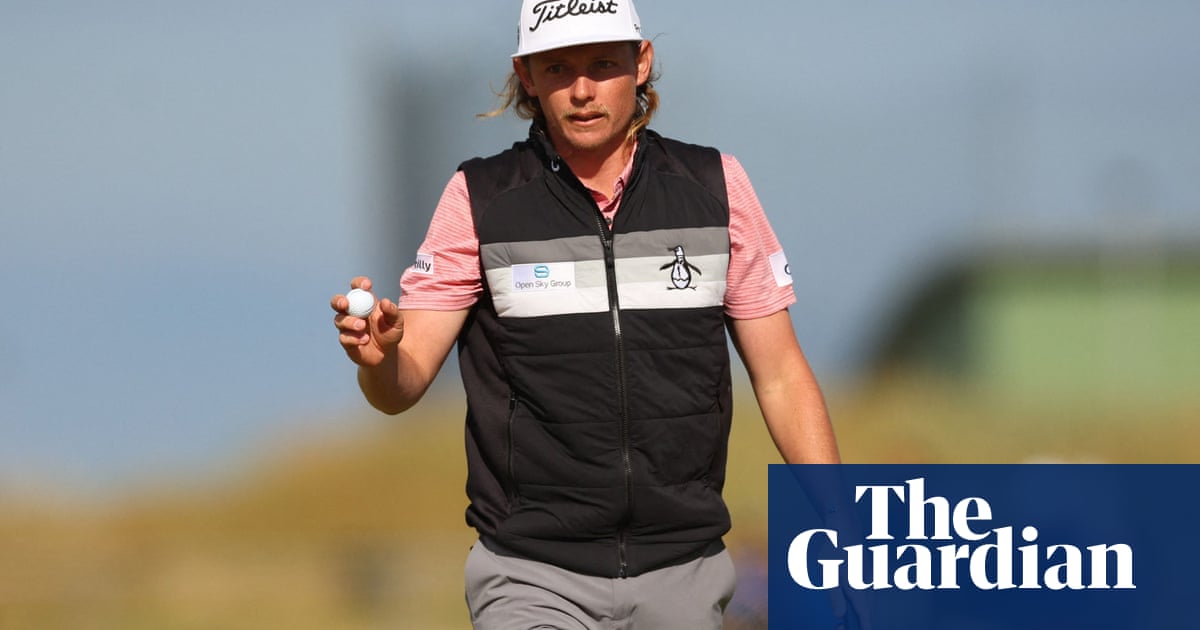 For Cameron Smith, a record. No player had taken just 131 shots over two rounds of a St Andrews Open Championship until the man with golf’s most famous mullet pulled the Old Course apart. Smith’s Friday 64 affords him a two-stroke lead at the halfway point of the year’s final major. Now for the hard part.

Should he prevail here, he would become the first Australian since Greg Norman to lift the Claret Jug. There would be a touch of poetry attached to that situation, given the R&A’s decision not to invite Norman to events for past champions early in tournament week. As Norman’s position at the forefront of LIV Golf attracts controversy, Smith has emerged as his country’s most regular major challenger.

“I’m a really impatient person,” Smith said. “Everyone that knows me hates me for it. So I have to try my best out there to be really patient, with the pace of play, and with the golf course as well. Having to hit shots away from the pin sometimes hurts the ego a little bit, but it’s just what you have to do around here.”

His eagle putt at the 14th, converted from 60ft, took him to minus 13 and gave him leaderboard breathing space. Thoughts that Cameron Young may feel the heat on day two of his Open debut proved unfounded as he added a 69 to Thursday’s 64. Young will play alongside Smith in Saturday’s final group. “I’m just trying to keep things really simple,” said Young.

Rory McIlroy’s penchant is for the spectacular. This was a day when the Northern Irishman, seeking a fifth major win after almost eight years of trying, bounced back superbly from setbacks. The scale of support for him from the galleries as shadows lengthened really was quite something. He would be the popular winner.

McIlroy sat two under for the day and eight under for the championship when taking to the 8th tee. A dropped shot at the par-three threatened to stall his momentum. Instead he birdied the 10th, 11th and 12th. There was a knock again with a bogey on 15. McIlroy’s response was a magnificent iron from 190 yards and rough on the famously tough 17th.He converted from 15ft for a birdie.

He was disappointed not to make the most of opportunity at the last, where he could only make a par four. Nonetheless, third place at 10 under par after a 68 is the kind of position McIlroy will relish. Failure to place himself in position to win majors on enough occasions since August 2014 has irked the 33-year-old more than the victory wait itself. There is a calmness around McIlroy at the moment which infers something special is about to happen.

“I’m picking holes in everything and walking off thinking I could have been a couple better but I’m in a great position going into the weekend,” he said. “I’ve had two really, really solid rounds to open and I’m happy with that. It would have been nice to birdie the last but I would have taken playing the last two in one under. I just did it in the reverse way in how I thought I would do it. You just have to stay patient and limit mistakes out there.

“It’s been like this all year. I felt pretty much in control of everything and I think the results and the consistency have backed that up.”

McIlroy’s day-three partner will be his Ryder Cup teammate Viktor Hovland. The Norwegian holed out with a wedge from the semi-rough for a two at the par-four 15th. Hovland’s 66 means he, too, sits at minus 10. McIlroy and Hovland are one clear of Dustin Johnson, who improved on Thursday’s 68 by one.

Tyrrell Hatton, who has won the Dunhill Links Championship at this venue, leapt into contention at eight under courtesy of a 66. He has the world No1, Scottie Scheffler, for scoreboard company after back-to-back 68s for the latter. Talor Gooch, Adam Scott, Patrick Cantlay and Sahith Theegala are seven under. Scott still carries the pain of failure to close out the 2012 Open, which he basically handed to Ernie Els.

“You don’t need much extra motivation at an Open Championship,” Scott said after his 65. “But anytime I think about letting one slip through my hands, it hurts.

“It would be exciting if I shot a really great round tomorrow to tee off with a legitimate feeling that I’m in contention, not only for the fact that I haven’t really been in that position for a major for a little while but also for the fact that I’ve had one hand on this jug and I’d like to put two on.”

A moment of levity arrived on the 18th tee after Justin Thomas, who topped his drive on the same hole a day earlier, struck a perfect shot. “Most improved,” said Shane Lowry, Thomas’s partner. “Shut the fuck up!” replied the US PGA champion with a laugh. Thomas and Lowry are two and four under respectively.

Those who missed the cut alongside a tearful Tiger Woods included Brooks Koepka – once such a feature in majors – Pádraig Harrington, Louis Oosthuizen, Henrik Stenson and the defending champion, Collin Morikawa.

Harrington’s exit at plus three was especially striking; he had been minus five for the tournament after two second-round holes. John Daly, on what is likely to be his final Open appearance, was in position to survive for the weekend but closed bogey, bogey, bogey. 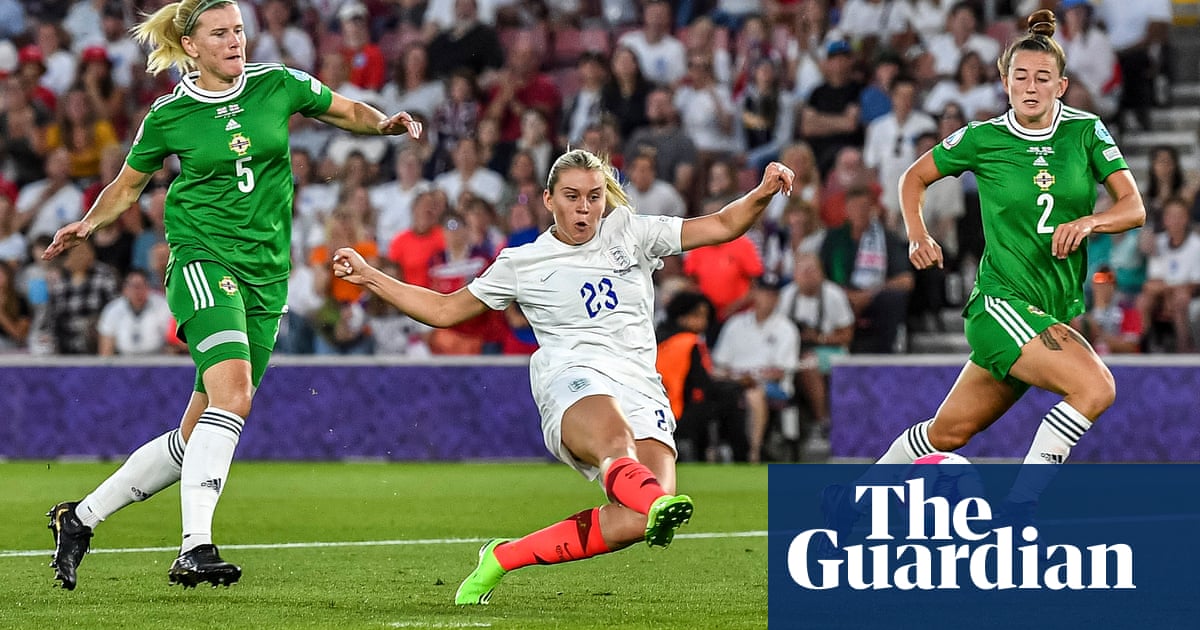 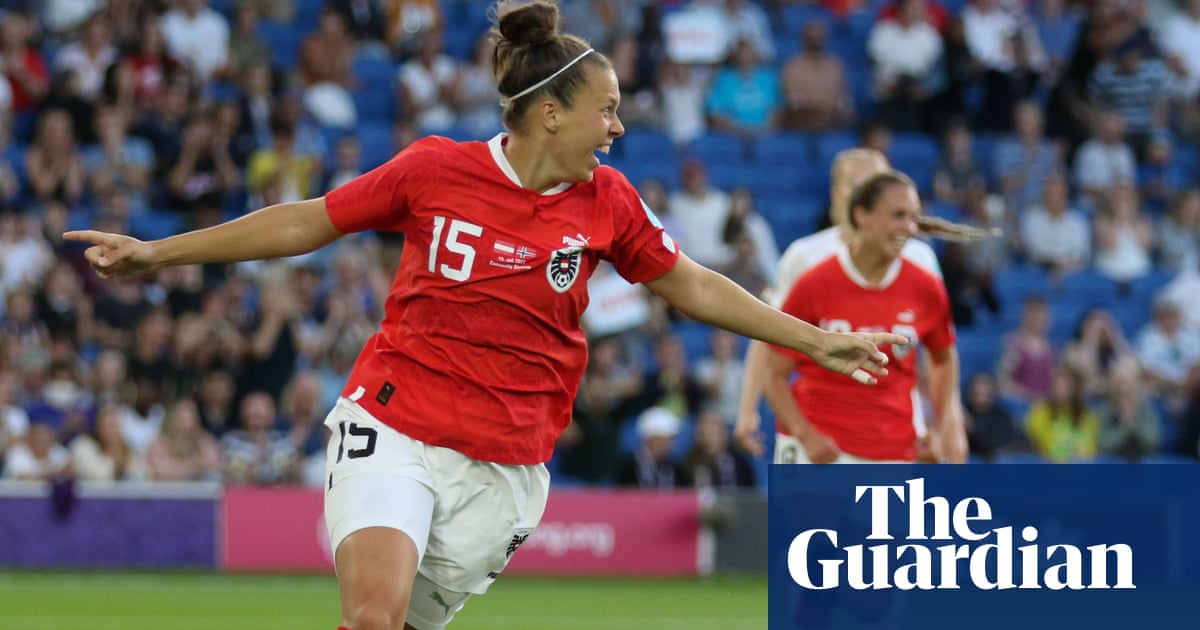