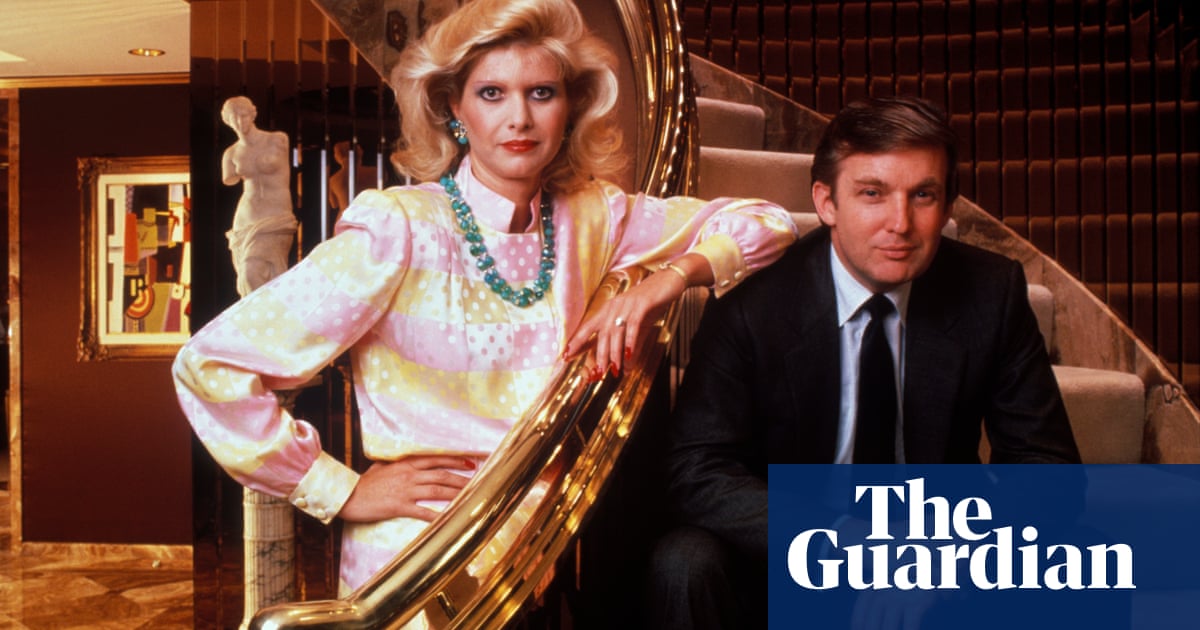 Appearing on TV on Good Morning America in 2017, Ivana Trump, who has died aged 73, explained her status succinctly. “I am basically first Trump wife – I am first lady, OK?” She was indeed the first of the former US president Donald J Trump’s three wives, the one with the highest profile and easily the most influential on the career of her husband.

It was Ivana who defined Trump as “The Donald” when they were the epitome of New York’s conspicuously flashy 1980s and it was Ivana’s own style that became Trump’s trademark glitz. As vice-president of interior design for the Trump Organization, her motto became: “If something could be leafed in gold or upholstered in damask, it was,” and the rule applied to her: with big golden hair, and upholstered lips and body, she was the embodiment of Trump style. After their marriage broke up, she branded that style “Ivana”.

Ivana’s style defined Trump’s first big real-estate project, the transformation of the creaky Commodore hotel, alongside Grand Central Station in New York, into the Hyatt Grand, with its huge glass front allowing the display of a massive lobby and bar, and those within. Her attention to every detail, from plumbing to painting, was compared to a general’s. She filled the nouveau-Babylonian Trump Tower with pink marble and gold leaf. In Atlantic City she supervised the Trump Taj Mahal casino (now the Hard Rock) and Trump’s Castle (now the Golden Nugget), which opened in 1985 with her as president and CEO.

Most notably, she became manager of New York’s landmark Plaza hotel after Trump bought it in 1988, and her efficient running of it was credited with restoring it to much of its former glory. For a man notoriously averse to sharing the limelight, Trump was unusually willing to cede half to Ivana.

She had come a long way. Ivana was born in Gottwaldov in Czechoslovakia (now Zlín, in the Czech Republic). Her father, Miloš Zelníček, was an electrical engineer, her mother, Marie (nee Francová), a telephone operator. From the age of four Ivana was a keen skier, and would be part of the national junior team; she also earned a master’s degree in physical education from Charles University in Prague.

In 1972 she had what she called a “cold war” marriage to a friend, the Austrian ski instructor Alfred Winklmayr, which allowed her to get an Austrian passport and travel without losing the right to return home. They divorced in 1973, the same time her relationship with the playwright Jiří Staidl ended when he died in a car crash. She joined another friend, the skier Jiří Syrovátka, who had defected to Canada and ran a ski boutique in Montreal, where she worked as a ski instructor and model. It was with a group of models in New York in 1976 that she was introduced to Trump; they were married in April 1977 in Marble Collegiate church, by the Rev Norman Vincent Peale, author of The Power of Positive Thinking.

But not before her lawyers had negotiated the first of four prenuptial agreements with Trump’s lawyer, the notorious Roy Cohn; it required she return all gifts from Trump in the event of a divorce.

Their first child, Donald Jr, was born in December that year; a daughter, Ivana (known as Ivanka), in 1981; and another son, Eric, in 1984. Despite her workload, Ivana said: “I was in charge of raising children before divorce and had sole custody after split. When each one finished college, I said to my husband: ‘Here is finished product, now it’s your turn.’”

Work was not her only distraction; the Trumps became New York’s prime power couple. They did not ride the wave of Reagan-era indulgence; they were the Big Apple’s No 1 wave machine. There was even talk of a Trump run at the presidency in 1988, but Ivana explained why he would not run. “We have invested in this town close to a billion dollars … we can’t just put it in escrow and go to the White House. It would go down the drain in seconds.”

But Trump’s philandering eventually became a problem when it went public, culminating in a confrontation at a ski resort in Aspen during the Christmas holiday in 1989. Ivana and Trump fought publicly after the model Marla Maples, with whom Trump was having an affair, introduced herself to Ivana, by Ivana’s account saying: “I’m Marla and I love your husband.”

Their divorce was the stuff of tabloid paradise. Trump locked Ivana out of her office in the Plaza. The Daily News’ gossip columnist Liz Smith wrote about it every day for three months. The Post ran a headline quote from Maples, “Best Sex I’ve Ever Had”, which the editor assured the paper’s lawyers Donald would never want to stop. Ivana’s suit cited “cruel and inhumane” treatment; her deposition accused Trump of raping her and pulling out her hair. He denied it, and when a book reporting this was reprinted during the presidential campaign, she allowed Trump’s lawyers to add a disclaimer that she had been speaking figuratively.

The divorce was granted in 1990. The Post’s front page showed a photo of the Trumps ripped apart, the headline “Split” running vertically between them. The settlement was not agreed until 1992; as usual, Trump’s finances lingered on the convenient edge of bankruptcy, but based largely on their fourth prenup, Ivana received $15m, their 45-room mansion in Greenwich, Connecticut, $650,000 a month in alimony and child support, and one month’s use of Trump’s Mar-a-Lago resort a year.

Still, Trump accompanied Ivana to her father’s funeral in 1990; it later emerged that Czech intelligence regularly consulted Miloš for information he had gleaned from his daughter. She published two barely disguised romans-à-clef about her marriage, in 1992 and 1993, and a guide to surviving divorce, The Best Is Yet to Come, in 1995. In 1996 she had a cameo in the movie The First Wives Club, advising Diane Keaton, Goldie Hawn and Bette Midler: “Don’t get mad, get everything.”

By then, Ivana was a successful businesswoman in her own right: her clothes and jewellery, sold on a shopping network, were grossing $50m annually in sales; she licensed beauty products through the downmarket JC Penney chain. As with her husband, to many Americans she was a poor person’s idea of what a rich person should be. In 1995 she opened House of Ivana on Park Avenue, and later would invest in Croatia, including buying a share of a newspaper. She hosted a reality show, Ivana Young Man, on the Oxygen network and in 2010 appeared on the British Celebrity Big Brother.

In 1995 she married the Italian businessman Riccardo Mazzucchelli. When they divorced two years later she sued him for violating confidentiality clauses of their prenuptial agreement; he countersued for libel in British courts and they reached a settlement. Her fourth husband was the Italian actor Rossano Rubicondi. Donald hosted the $3m wedding in 2008 at Mar-a-Lago; Ivanka was the maid of honour. They divorced a year later, but the relationship continued on and off until 2019.

Trump still called on Ivana for advice when he became president in 2016. In her memoir Raising Trump (2017), she claimed he offered her the ambassadorship to the Czech Republic. Her health had apparently declined in the past two years. She was found dead at the foot of the stairs in her New York apartment, with a heart attack suspected as the cause.

She is survived by her children and 10 grandchildren. 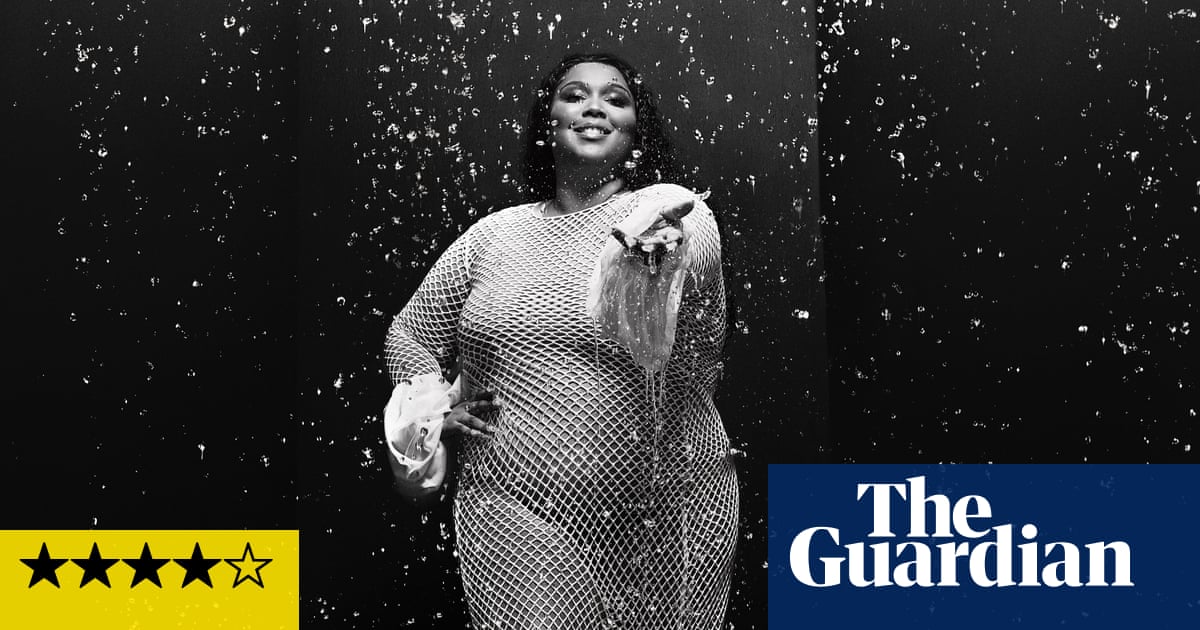 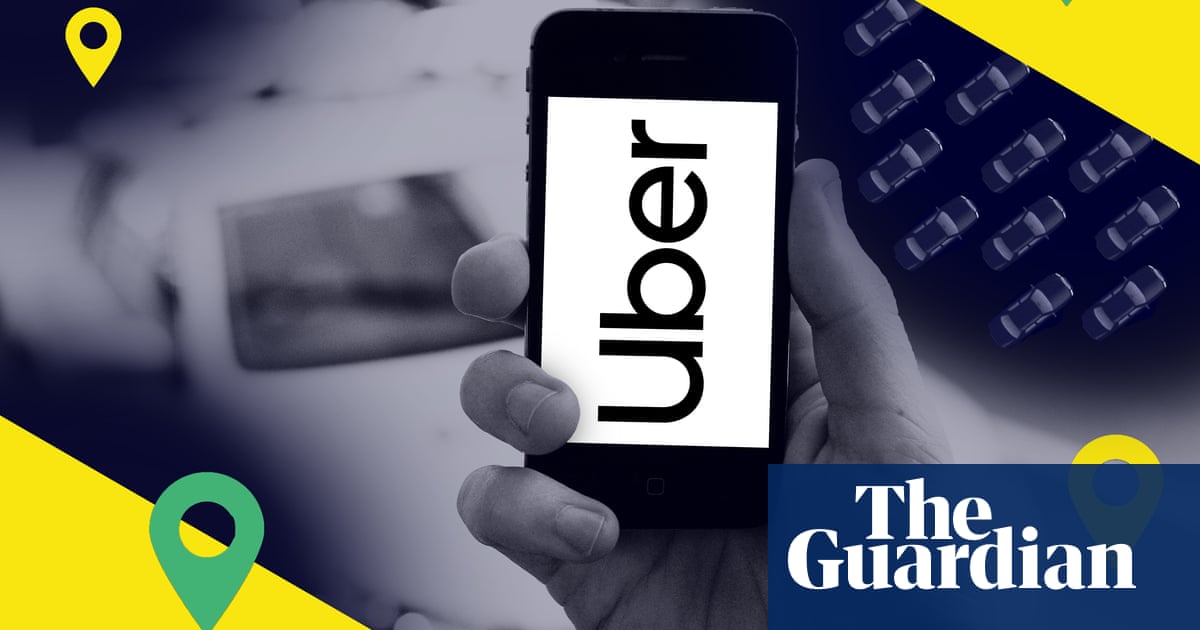