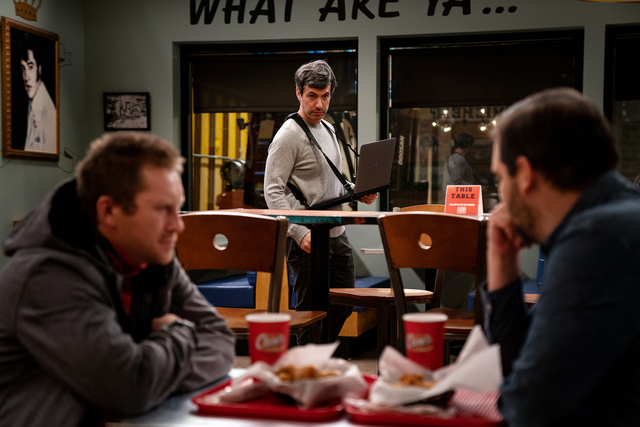 For persons of sound mind, the standard response to any given episode of Nathan for You, the mid-2010s Comedy Central series that dispatched creator Nathan Fielder to give disastrous advice to struggling small business owners, is something along the lines of: What is this guy’s deal? In between awkward conversations and viral stunts, viewers could often glimpse Fielder wrestling with the same question. His follow-up series The Rehearsal is, among other things, an attempt to answer it.

What has made Fielder such an enigma, for fans as well as for the unwitting subjects of his docu-comedy, is the unlikely combination of his soft-spoken, preternaturally calm affect and the psychological pressure he’s nonetheless able to exert on people who are not necessarily stupid or weak-willed. In Nathan for You, he sold a frozen yogurt business on adding a “poo” flavor to its menu and convinced a souvenir shop owner to host a fake movie shoot that would require extras to spend their own money buying the store’s trinkets. And he did it without ever losing his cool.
[time-brightcove not-tgx=”true”]

The Rehearsal, a brilliant, brain-breaking six-episode HBO series that premieres on July 15, once again puts Fielder at the service of people with problems they feel incapable of solving on their own. But this time around the predicaments are more personal than entrepreneurial, and the Nathan Fielder who hosts, narrates, directs, and writes or co-writes each episode comes off as a more authentic representation of the real Nathan Fielder—or, at least, a more authentic facsimile of a real human being—than that inscrutable Nathan for You guy. In fact, the show’s conceit is that it pulls back the curtain on its predecessor, using Fielder’s over-the-top social-engineering methods to help people overcome the stumbling blocks in their lives.

In the 45-minute pilot episode, Fielder arrives at the home of middle-aged history teacher Core Skeet, and cracks some seemingly spontaneous jokes to break the tension before talking through Skeet’s situation: The trivia buff has, for years, led his crew of pub-quiz pals to believe he has a master’s degree. He doesn’t. Now, he wants to come clean but fears he’ll lose friends. “I understand his dilemma,” Fielder drones in the voice-over. “This trivia team is his life. And when you reveal your true self, people don’t always like what they see. But I wanted to show him that if he planned for every variable, a happy outcome doesn’t have to be left to chance.”

It’s at this point that Fielder reveals, to Skeet and to us, that the casual exchange we’ve just witnessed between the two men was in fact predetermined based on rehearsals Fielder conducted with an actor standing in Skeet. We see footage of these rehearsals, set in a life-size recreation of his subject’s apartment (whose layout and contents the show’s crew had accessed in advance, under false pretenses), with Nathan and the actor running through dozens of scenarios for how his first meeting with the real Skeet might go. Fielder even makes the same joke he made during a rehearsal, about a title on Skeet’s bookshelf. This technique, of obsessively preparing for difficult interactions, was apparently the secret to Nathan for You’s awkward yet seamless escalations.

As Skeet rehearses his confession—a process that eventually entails a full-scale replica of his trivia spot, Brooklyn’s Alligator Lounge—Fielder takes steps to ensure the best possible outcome. Ethical dilemmas arise, forcing the man behind the curtain to decide whether behind-the-scenes deception is justified if it facilitates Skeet’s honesty. When Skeet compares him to that master manipulator Willy Wonka, it’s not exactly a compliment. The observation that “when you reveal your true self, people don’t always like what they see” gains new resonance. It seems that Fielder is working through the debate that surrounded Nathan for You, over whether his stunts were funny or cruel or profound or all three at once, in the only way he knows how.

This first episode ends up feeling like a combination of Nathan for You; the ruminative pseudo-instructional docuseries How To With John Wilson, of which Fielder is an executive producer; and Made, the long-running MTV reality show that paired teens with coaches who could help make their big dreams of sports heroism or homecoming queendom come true. But in the shorter, 30-ish-minute installments that follow, that structure loosens. Fielder installs Angela, a woman who can’t decide whether to have kids, in her dream home to rehearse the experience of raising a son. Played by a rotating cast of child actors, the boy is to age three years each week until he’s 18. The acceleration of such an elemental human relationship—and the simulation of the subject’s own rapid aging, as visualized through a bathroom-mirror screen that digitally ages the parent along with the baby—proves unexpectedly haunting. So it’s fitting that Angela’s story lingers as the season continues, overlapping with simpler scenarios, like one in which a guy rehearses confronting his brother about a dispute over their grandfather’s will.

Fielder’s obligations and priorities, in running multiple simulations at once, get tangled. As he becomes increasingly invested in the Angela experiment and others, so does our—and apparently his own—understanding of who he is as a person. Now that the artifice underlying all those insane encounters on Nathan for You has been exposed and Fielder no longer has his impassive business-idiot persona to hide behind, what actually is his deal? Does he just relish humiliating regular people on national TV, as his detractors claim, or is he genuinely searching for insight into the human experience, including his own? Sometimes the seams of The Rehearsal’s complex construction show, and you catch sight of a whole other level of narrative manipulation that Fielder doesn’t even cop to in his introspective voice-overs.

It’s a head trip. When Fielder stops to wonder, midway through the season, “Wait, what is this show?” he’s mirroring the viewer’s uncertainty. Everyone who engages with The Rehearsal as more than just cringe comedy, which it also sometimes is, will probably get something different out of it. In painting a self-portrait of a man compelled to play God, trying to help people but also deceiving, embarrassing, and occasionally hurting them, Fielder put me in a frame of mind to see just about every character as a mix of wonderful and terrible qualities. A man tosses off antisemitic comments in one scene and tenderly cares for an elderly guy he’s just met in the next. A woman who righteously crusades against one form of prejudice turns out to harbor others.

If Nathan for You was a post-recession reminder that the American Dream is a Ponzi scheme, in which anyone who claims to know the secret to success is probably just trying to sell you something, then The Rehearsal speaks to a culture that has reorganized itself around an absurd political binary that presupposes everyone who agrees with us is good and everyone who doesn’t is bad. The world isn’t made up solely of sociopaths and saints; we’ve all got dimensions. What is anyone’s deal, really? To find out, you have to dig into their psyches, strive to understand their greatest regrets and biggest fears. You have to put in the time and the care. Maybe, in a society steeped in snap judgments and false assumptions, you have to rehearse. 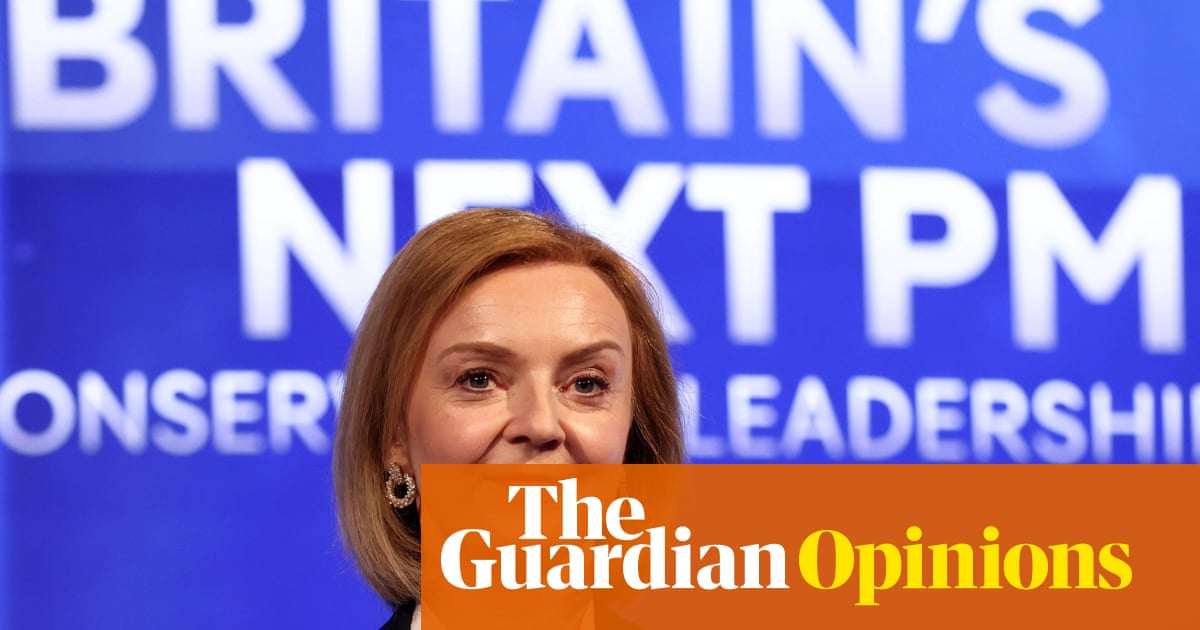 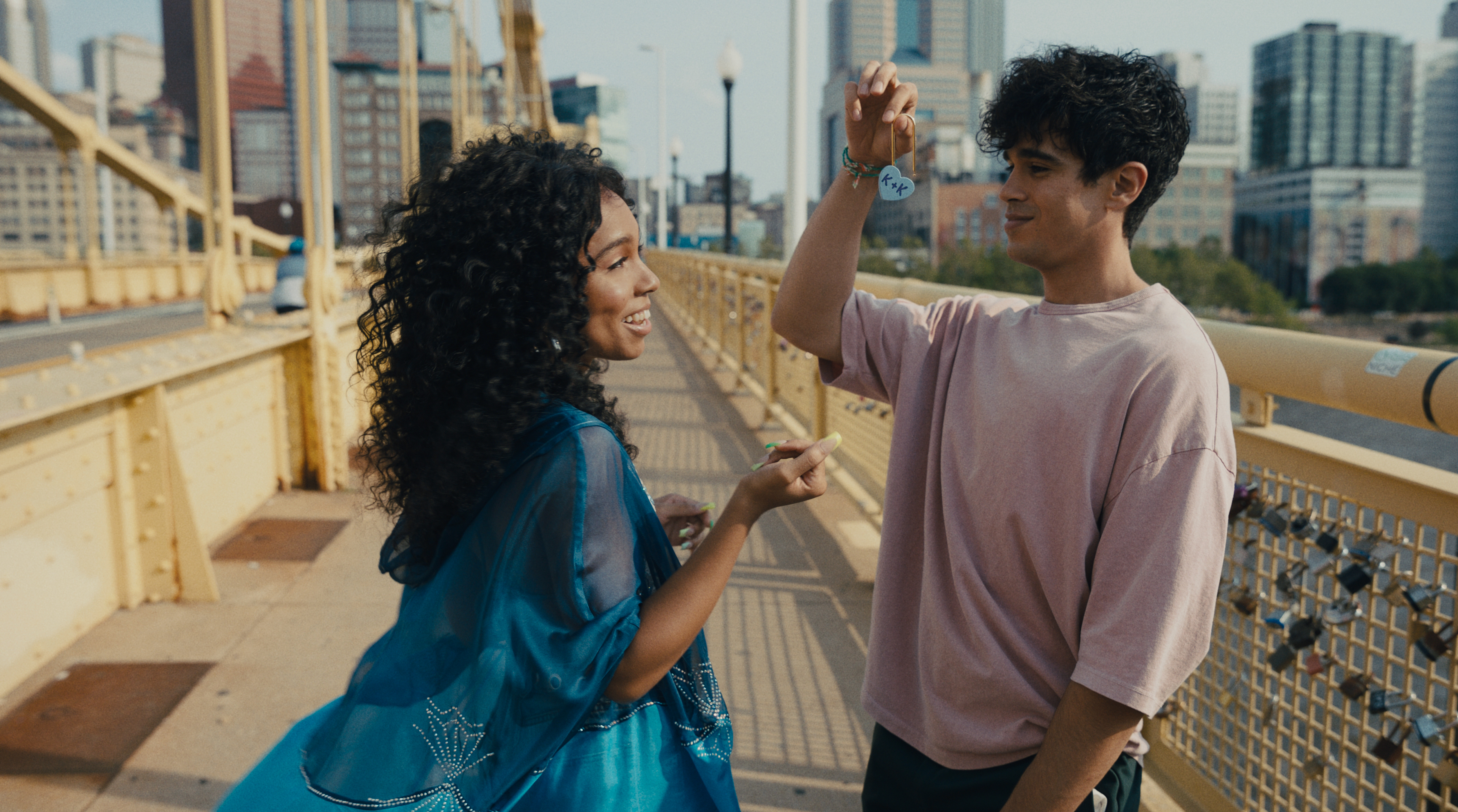