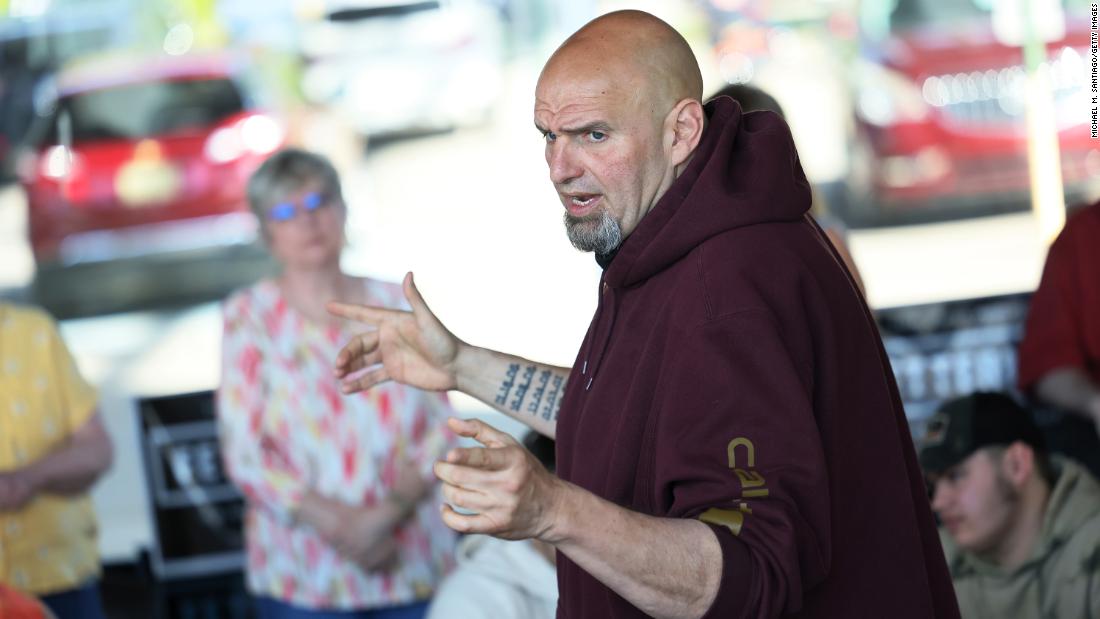 In race after race, Democratic Senate contenders are outraising their Republican rivals as they prepare for a difficult fall election season — marked by soaring inflation and public dissatisfaction with President Joe Biden‘s performance.

Oz reported receipts of nearly $5.5 million in the quarter, but that included a total of $3.2 million that he loaned to his campaign before and after the hard-fought May 17 Republican primary he won after a recount.

And Fetterman had nearly $5.5 million remaining in the bank at June 30 to Oz’s $1.1 million, filings late Friday with the FEC show. (Oz’s ability to tap his personal wealth in the months ahead could chip away at Fetterman’s current cash-on-hand advantage, however.)

Even so, Fetterman — largely sidelined from the campaign trail as he recovers from a May stroke — has used his funds to advertise heavily on television and underwrite unorthodox efforts to target his opponent.

In Colorado, two-term Democratic Sen. Michael Bennet started July with a stockpile of more than $8 million — roughly 10 times the cash reserves of businessman Joe O’Dea, who emerged victorious from the Republican primary in late June.

And two of the most endangered Democratic senators on the ballot this year — Georgia’s Raphael Warnock and Arizona’s Mark Kelly — each accelerated already blistering fundraising paces, bringing in $17.2 million and nearly $13.6 million, respectively, in the second quarter.

In Arizona, meanwhile, Kelly was sitting atop a cash haul of nearly $25 million on June 30, as Republicans vying to take him on in November head to an August 2 primary in the Grand Canyon State.

Even in states viewed as less competitive this fall, Democrat Senate candidates emerged from the second quarter with the financial edge.

In red-leaning Ohio, for example, Democratic Rep. Tim Ryan raised $9.1 million through the end of June for his Senate bid — more than double the amount he collected in the first three months of the year. He had $3.6 million in remaining cash at the end of June.

J.D. Vance — who won the Buckeye State’s bruising GOP Senate primary in May, aided by super PAC spending and a Trump endorsement — raised a fraction of that amount in the April-to-June window: About $1 million.

“Democratic Senate candidates across the battlegrounds are smashing fundraising records — and they’re powered by energized, grassroots supporters who are committed to protecting and expanding our Senate Majority that is fighting to address working families’ most pressing priorities,” Eli Cousin, a spokesman for the Democratic Senatorial Campaign Committee, said in a statement.

Also helping to drive the surge in donations, operatives say: Voter alarm over the US Supreme Court ruling last month that found there was no longer a federal constitutional right to an abortion. A draft version of the opinion had been leaked in early May.

The day the actual ruling was released — June 24 — and the following day marked the top two strongest fundraising days of the election cycle for the DSCC, officials with the Democrats’ Senate campaign arm have said.

For their part, Republicans say the fall election still will turn on pocketbook issues, such as rising inflation.

“Even if Democrats have all the money in the world, they are on the wrong side of the issues,” said Jack Pandol, a spokesman for the Senate Leadership Fund, a super PAC aligned with Senate GOP leader Mitch McConnell of Kentucky.

“You see voters who are frustrated with high inflation, with crime and with an uncontrolled border,” he added. “All the money in the world is not going to change that dynamic.”

And outside Republican groups — such as the SLF and its nonprofit arm One Nation — will spend heavily to drive that message to voters. SLF ended June with more than $104 million in cash reserves — a record for the group.

The flood of money into key races has allowed campaigns to get on the air early and often.

Already, five top US Senate races — in Ohio, Arizona, Pennsylvania, Georgia and Wisconsin — have seen more than $350 million of advertising through mid-July, according to AdImpact data. And hundreds of millions more in ad spending has been booked for the critical fall months.

Buoyed by his strong fundraising, Warnock has been especially active, spending more than $27 million on advertising this year, with a sustained ad campaign targeting GOP opponent Walker’s fitness for office, and a mix of spots touting the incumbent’s work in Congress and his biography.

Republican groups such as One Nation have fired back with attack ads of their own, hammering Democrats on inflation and gas prices.

One Nation has spent more than $34 million on spots targeting vulnerable Democratic incumbents such as Warnock and Kelly, along with Sen. Maggie Hassan in New Hampshire. The group has also been active in Wisconsin supporting GOP Sen. Ron Johnson’s reelection bid.

Even as the political world focuses on the midterms, Trump is weighing his own comeback campaign for the White House.

Friday’s filing shows he raised $17 million through a joint fundraising committee in the April-to-June period. That’s a dip from the $19 million that the committee collected during the first three months of the year. This comes as Florida Gov. Ron DeSantis, a potential rival to become the GOP’s standard-bearer in 2024, builds an enormous war chest for his reelection this fall.

As of July 1, CNN has reported, DeSantis’ political committee and campaign reported a combined $118 million in cash reserves. And that total doesn’t count more recent infusions, such as a $10 million check last week from a wealthy space entrepreneur.

The governor’s political team already has identified ways to turn some of his massive war chest into money that could be spent in a federal campaign, should he decide to run for the presidency, a source with knowledge of those conversations told CNN.

In a statement Friday night, Trump spokesman Taylor Budowich sought to push back on the notion of weakening financial support for the former President. He said Trump “is continuing the build the most unprecedented political effort in the history of American politics.”

“He is not only raising money at an unparalleled pace,” Budowich added, “but he is investing in America First candidates and continuing to grow the MAGA movement into 2022 and beyond.”

Trump’s Save America Joint Fundraising Committee directs money to other parts of Trump’s operation, including the leadership PAC — dubbed Save America — that is the former President’s main political vehicle.

Save America PAC had $101 million remaining in its coffers at the end of May, according to its most recent public filing. It will report its June fundraising and spending later this month.

In traditionally red Texas, Democratic gubernatorial nominee Beto O’Rourke‘s campaign announced Friday that it had brought in $27.6 million in the late February-to-June period — a record-breaking sum for a state office.

The haul put the former congressman and onetime presidential candidate ahead of Republican incumbent, Texas Gov. Greg Abbott, who reported raising $24.9 million during the same period.

O’Rourke has touted receiving more than 500,000 online contributions as he has made the state’s gun laws a key focus following the mass shooting in May at an elementary school in Uvalde, Texas.

But Abbott, who is seeking a third term, is expected to have a much larger pool of available cash to spend.

And in one of the marquee gubernatorial contests of the midterms, Stacey Abrams, the Democratic nominee in Georgia, has jumped to a substantial fundraising lead over the incumbent GOP Gov. Brian Kemp. 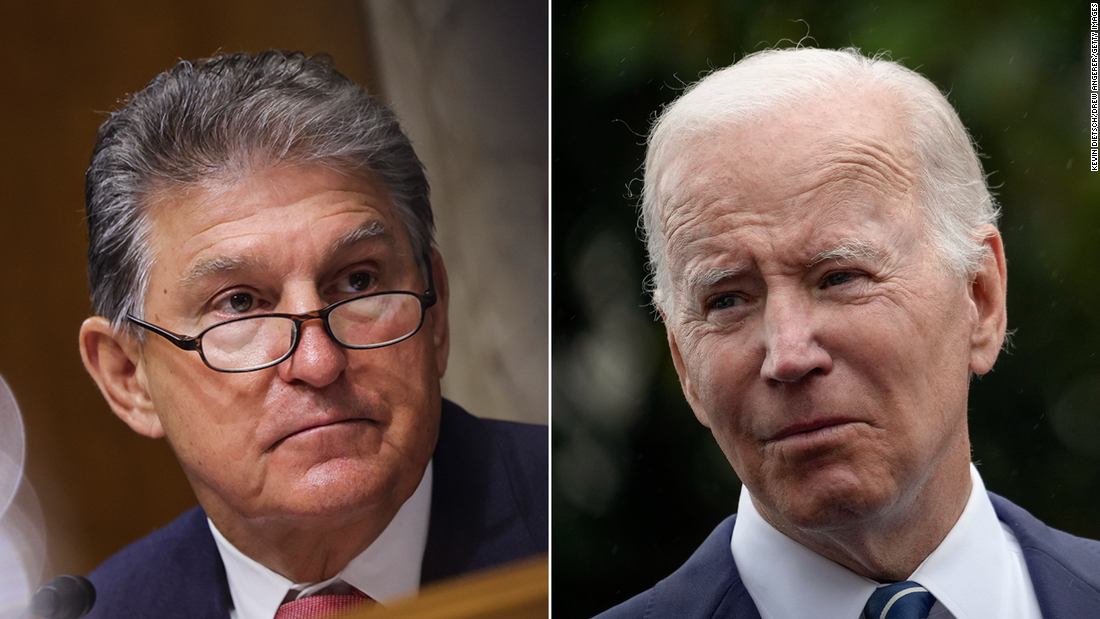 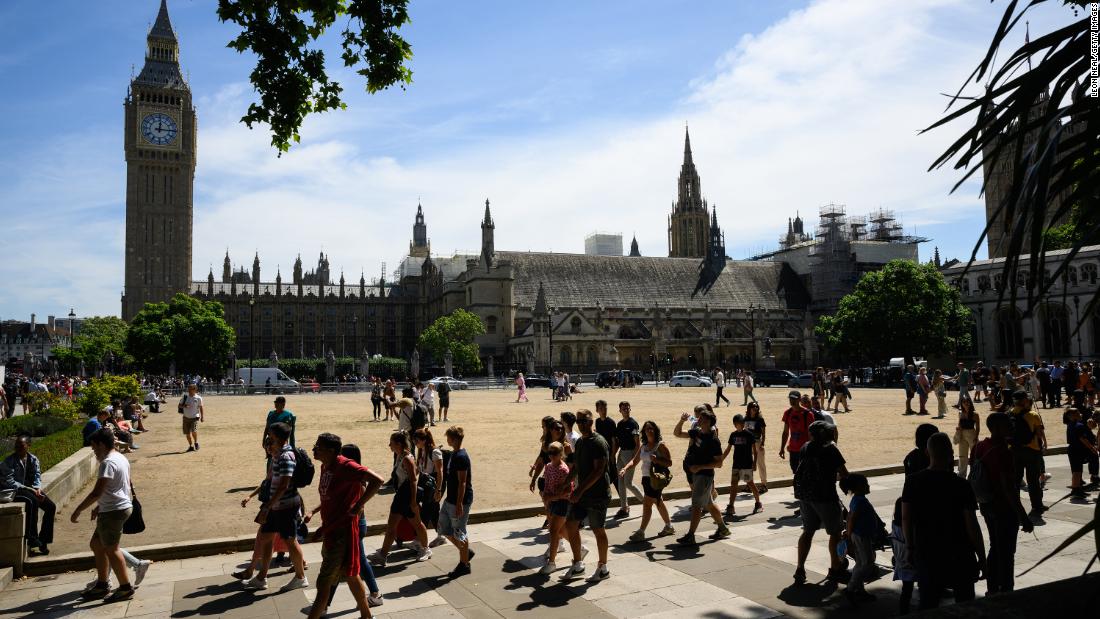