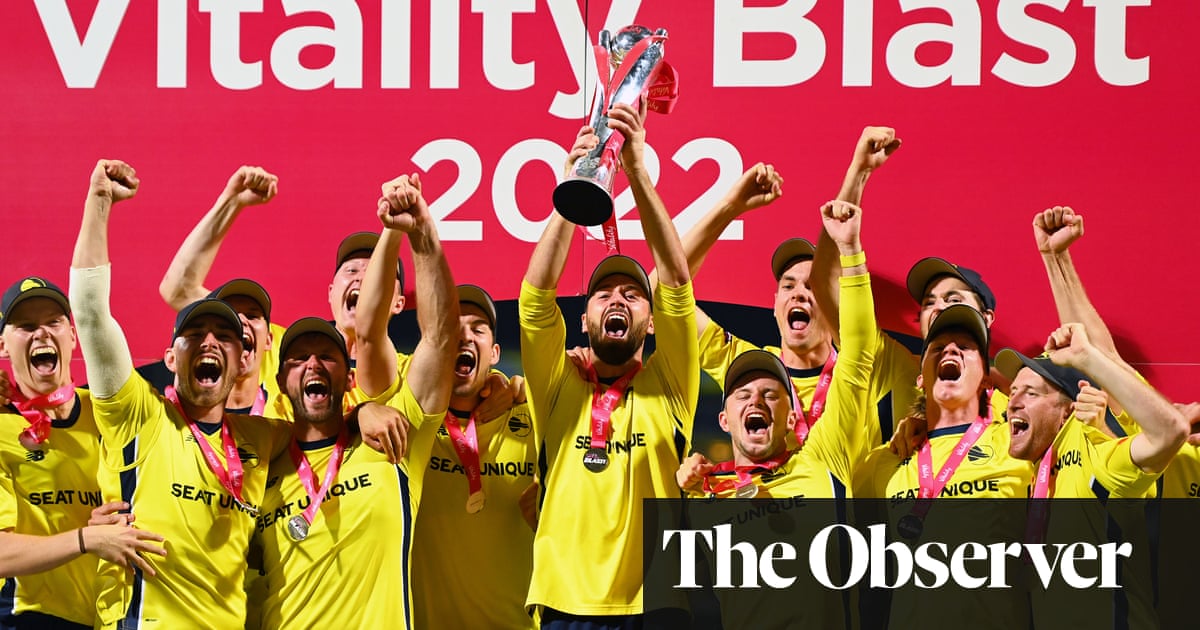 Cricket analysts have quantified just about every metric in the game. Bar one. The single variable they haven’t yet figured out, perhaps they never will, is the incalculable phenomena called momentum.

It moved like an invisible wave across this T20 Blast final. It undulated this way and that before settling with Hampshire, who roared back from the depth to claim a remarkable one-run win on the final ball of the match.

Momentum started with Lancashire as Richard Gleeson’s pace saw Hampshire stutter to 15 for two. Then it was with Hampshire’s Ben McDermott who made 62 off 36. It shifted again as Matt Parkinson claimed four for 26 to restrict Hampshire to 152 for eight, a score that never looked enough, especially when Keaton Jennings and Steven Croft were in full control in their chase at 72 for two inside eight overs.

But Liam Dawson and Mason Crane, with three wickets between them, shifted momentum once again. And when Danny Lamb was caught by James Vince off James Fuller, the score read 124 for six.

Momentum wasn’t done playing its games. Luke Wells continued to press and registered 27 runs. He received a reprieve after surviving an unlikely lbw review but was run-out by Vince off a direct hit with 14 still needed.

The final over, delivered by Nathan Ellis, was bedlam. He bowled Gleeson with the final ball, at least what we thought was the final ball. He overstepped and had to deliver it again. But momentum stayed put. Hampshire survived the whims of this strange force.

At the start of the day, it did not take long for the pitch-side flame-throwers to belch out their first of countless fiery discharges. Four balls in, Yorkshire’s Adam Lyth swivelled and popped Luke Wood of Lancashire for six over long-leg. The next delivery nestled in the hands of Tom Hartley at deep backward point. Finals Day was never designed to plod along.

After the day’s first coin flip Yorkshire’s captain, Harry Brook, elected to have a bat. After Lyth went Dawid Malan and Tom Kohler-Cadmore cracked on. When the latter clattered Gleeson for four consecutive fours in the fourth over, the run-rate advanced beyond 11.

Parkinson put the breaks on and bowled Malan for 33. When Wells did the same to Kohler-Cadmore on 66, the score read 124 for four.

Jordan Thompson struck six sixes in three overs and registered the fastest Finals Day 50, off 17 balls. Three wickets in three deliveries – one for the expensive Gleeson and two for the only marginally less expensive Danny Lamb – proved decisive in the end as Yorkshire’s 204 for seven was comfortably overcome thanks to the efforts of Jennings and Dane Vilas in a 112-run stand.

Jennings, fresh from a score of 318 in the County Championship catapulted Lancashire close to their target with 75 off 51 balls. He fell with 24 runs still to get but Vilas’s unbeaten 36-ball 63 made it safe with an over and change in the bank.

Hampshire’s Vince followed Brook’s lead and chose to bat against Somerset. Vince was the first to go for 20 when he toe-ended his lofted drive off Roelof van der Merwe. McDermott was destructive, hitting three sixes in his 17-ball 31 but Tom Prest’s contribution was the reason Hampshire reached 190 for six.

That was certainly gettable if Rilee Rossouw got going. The South African has been striking at 197 this campaign with an average of 50 and got off the mark by charging Brad Wheal and depositing him for six down the ground. He then launched Wheal over the Hollies roof. But disciplined bowling and sharp fielding from Hampshire meant the required rate steadily rose.

The pressure told. James Fuller kept banging at a full length at pace and was rewarded when Rossouw skied one to Ross Weatherly at deep midwicket for a staccato 23. At 50 for three Somerset needed a partnership. The captain, Tom Abell, shouldered responsibility but would also fall in the cause, picking out the leg-side boundary rider on the sweep to Liam Dawson for 27.

Dawson conceded 20 runs from his four-over set with Somerset hastening their own doom with three self-destructive run-outs. The last was that of Tom Lammonby. The contest was over when he tried to steal a second run and was out for 34. Four wickets in eight balls meant Somerset succumbed to 153 all out.

But the majority of fans being driven by a relentless DJ are not here for the specifics. Tickets are sold long in advance, so only a handful would be loyal supporters of the remaining two teams. They want sixes and vibes, colour and noise. They want the Mascot Race (won this year by Gloucestershire’s Alfred The Gorilla). Above all else they want a fun day out. And that is what they got. What more could one want from a sports event? 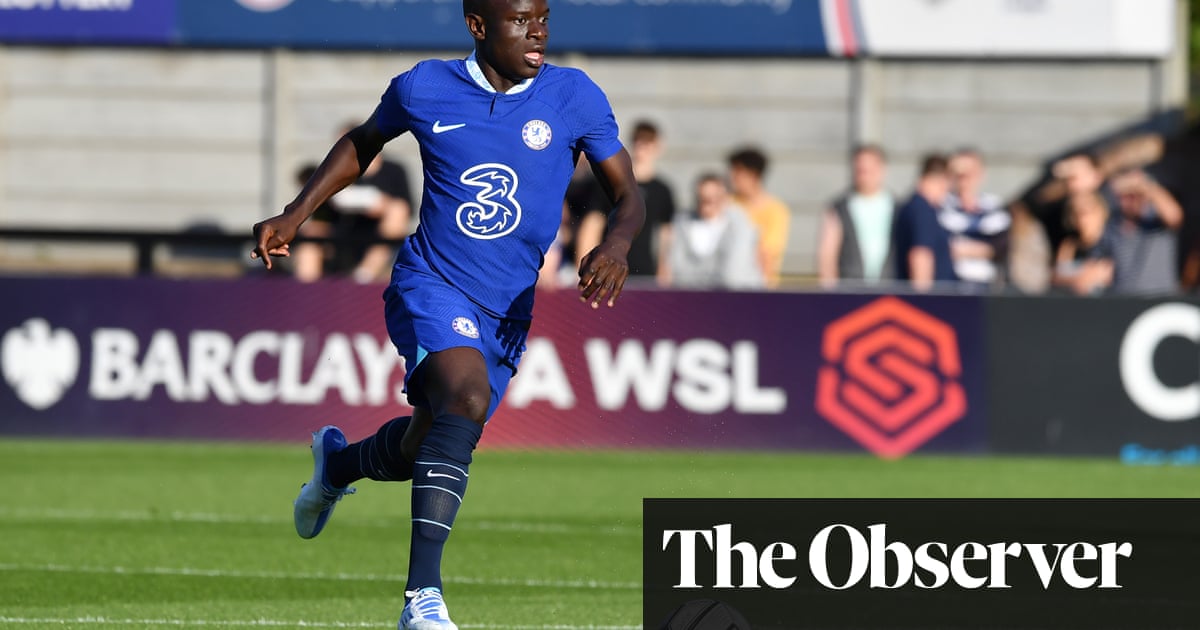 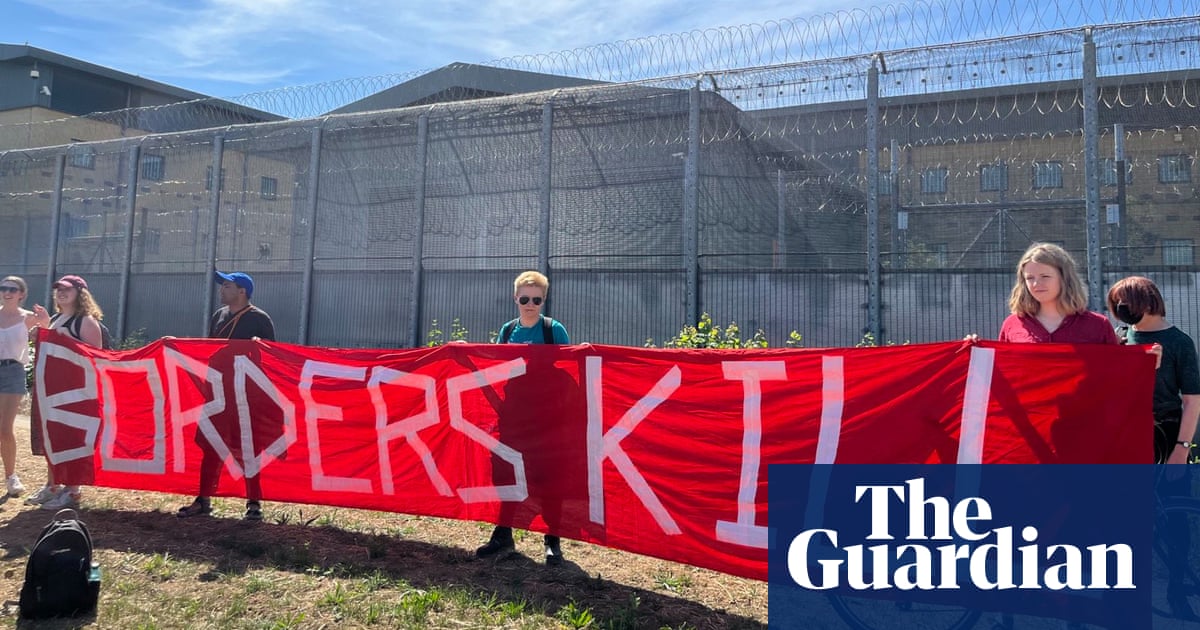