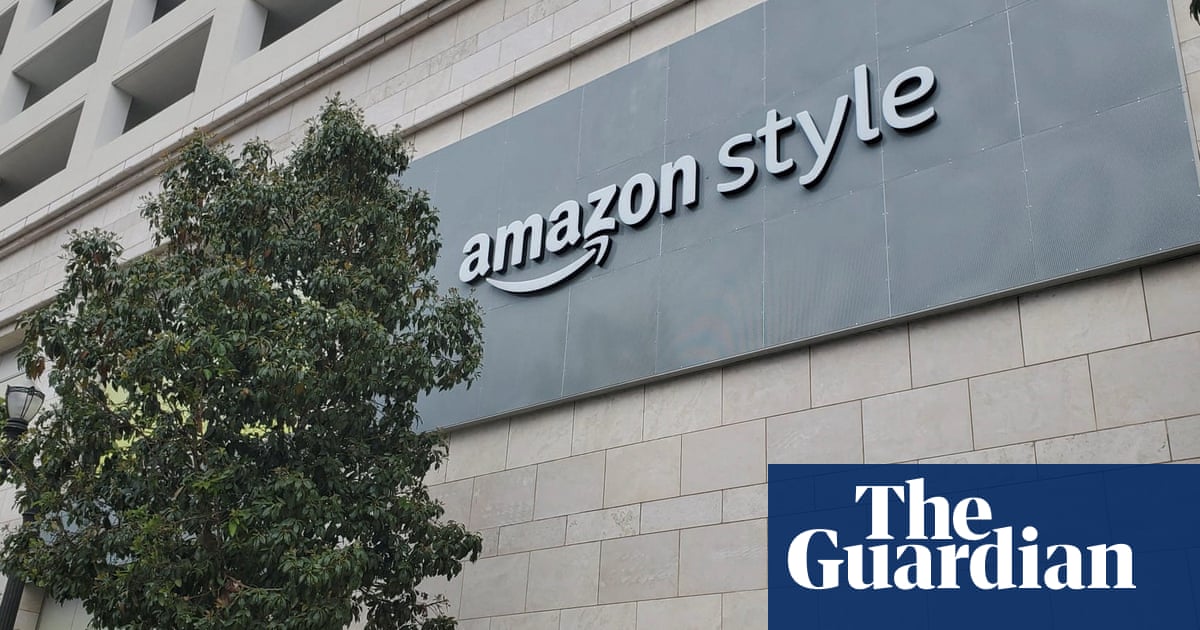 Outside Amazon’s first in-person clothing store in California, Diemmi Le, 22, summed up her experience: “You don’t have to talk to anybody.”

For years, Amazon tried – and ultimately failed – to translate its online book business into successful brick and mortar bookstores. Dozens of stores were shuttered this spring. Now, the online shopping giant is trying again, this time attempting to reinvent the mall clothing store.

During the pandemic, Amazon pushed past Walmart to become the number one clothing retailer in the US, analysts from Wells Fargo concluded last year. The company is billing its new store as an ambitious fusion of its online shopping algorithm with an in-person shopping experience.

The first Amazon Style store, which opened in Glendale, California, a suburb of Los Angeles, in May, allows customers to use a smartphone app to send clothes directly to their fitting rooms, rather than carrying them around, and offers additional clothing recommendations from the company’s algorithms.

Clad in company lanyards, employees at the front of the store greet customers and offer help navigating the smartphone app and the store’s free WiFi and phone chargers. And there are plenty of other Amazon employees at work behind the scenes, swiftly delivering new outfit picks to the “magic closet” in each dressing room.

But the store is designed to make many of its staff invisible: customers can use a dressing room touchscreen to summon a pair of pants in a different size, or a shirt in a different color, without having to see or speak to another human being.

“It’s something new, something you’ve never seen before. It’s an experience, rather than just a regular store,” said Marshall Sanders, 28.

The store features a mix of known and even high-end brands, such as Levi’s, Vince and Theory, with the more obscure brands and cheap in-house clothing lines that Amazon customers are used to finding on the website. There are racks of $200 or $300 blouses in a “premium” section, but more racks of cheaply made T-shirts in trendy prints and sack-like floral dresses.

Scan a summery floral Rebecca Taylor dress, which was offered for the discounted price of $276.50, and under “related items”, Amazon’s shopping app might recommend a floral dress in a similar color for $41.25.

Several customers shopping at the Glendale store said the retail store’s selection was limited, and didn’t live up to the experience of shopping on Amazon’s online marketplace.

Dana Roo and Diana Guerrero, both 25, had come from the west side of Los Angeles and San Diego specifically to check out the new Amazon store, but were disappointed by the lack of bargains they enjoy online. For them, Amazon was a place to find good “dupes” of higher-end clothes, like Ugg’s fuzzy lounge sets, Roo said. The brick-and-mortar store was offering only original sets.

The store’s clothing options are organized thematically, in sections with names such as “rustic grace”, “feminine strength”, “Y2k”, and, more pragmatically, “night out tops under $35”. The app sends an alert when the dressing room is ready, and the phone unlocks the dressing room door.

The dressing rooms are bright and clean, with a glowing lightstrip around the mirror and a message welcoming them by name on a touchscreen. Details about the customers’ selected clothes are on the screen, as well as a list of new clothing picks, including recommendations for matching tops, shoes and bags to “finish the look”.

Swiping through outfit options on a touch screen is an experience straight out of Clueless, though it remains to be seen whether Amazon’s algorithm will create Cher-inspired looks.

The main gimmick of Amazon Style is what one corporate director has called the “magic closet” in the fitting rooms. Close the door on the empty closet, press a few buttons on the touchscreen, and wait. A warning light will glow red, there will be some rustlings in the closet and then a sudden glow of light around the door: open it, and the clothes requested are there.

Amazon makes sure to keep the workers who fill its new magic closets out of sight: the “closet” door locks from the fitting room side when employees are at work in the closet, for shoppers’ privacy, according to a sign in the dressing room. The closet’s back door, to the employee side, is also locked from the inside.

Amazon touts that its quick clothing delivery is made possible through the “advanced technologies and processes used in Amazon fulfillment centers,” which have also made headlines for years for grueling working conditions and high injury rates. So far, Amazon has not let the public see what is happening in the rooms on the other side of its “magic closets”.

An Amazon press spokesperson declined a request for a behind-the-scenes tour. Asked about working conditions behind the scenes at Amazon Style, the company touted what it called its competitive pay and good benefits, and said that the store’s employees have the ability to try different roles throughout the store.

When Amazon announced its new clothing store concept in January, ahead of the store’s official launch, some critics saw it as an attempt to make human sales associates obsolete.

Many big box clothing stores are understaffed, and their employees stretched too thin to provide many personal recommendations, Rachel Kraus wrote in Mashable, which meant that Amazon’s algorithmic shopping could be a better option for some customers. At the same time, Kraus argued, “I’m not sure an app telling me I’d look great in this top would give me the confidence boost that’s all part of the fun of in-person shopping.”

In a statement, Amazon said that its front-of-store employees, who provide customers with human recommendations and assistance, were essential to the Amazon Style experience, and would continue to be part of the store’s operations, even as customers grew more accustomed to using the shopping app.

The Glendale store currently employs hundreds of people, many of them with previous experience in the clothing industry, Amazon said. Because employees at the front of the store did not have to spend time restocking sizes on the floor, it suggested, employees would have more time to interact with customers and provide recommendations.

Customers who had browsed inside the new California store this month praised the friendly front-of-store employees, though many were divided on whether they liked the overall concept: some said they found it “really cool” and innovative, others the experience was overwhelming, and some said the in-store clothing selection was underwhelming compared with what they could find online.

Sanders, the 28-year-old, had not been a huge Amazon shopper previously, but said he planned to encourage his friends to try the store.

Inside his fitting room, Amazon’s algorithm offered Sanders items similar to what he had already picked – “two expensive things and two cheaper things” – and he ended up purchasing one of them, he said, without even realizing he had done so.

Le said the “anti-social” aspect of the store appealed to her, but wasn’t a big fan of the quality of Amazon’s clothes. And she saw deeper problems: the store’s “cool concept” was also “classist” and “causes a lot of disparities”, since people without smartphones would not be able to shop. 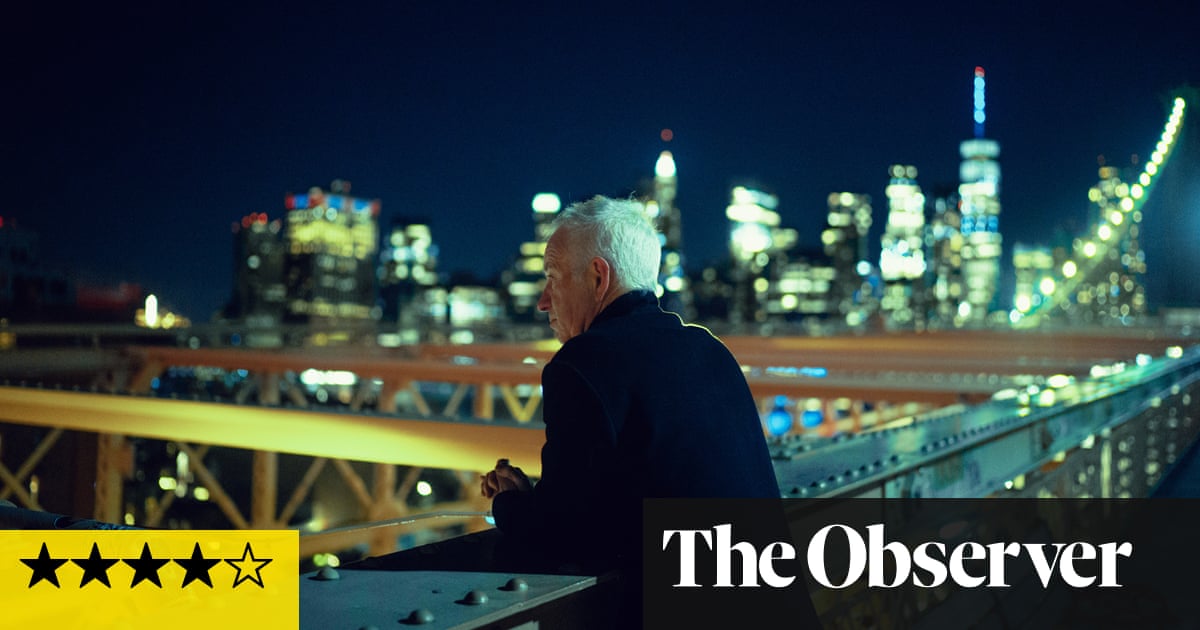 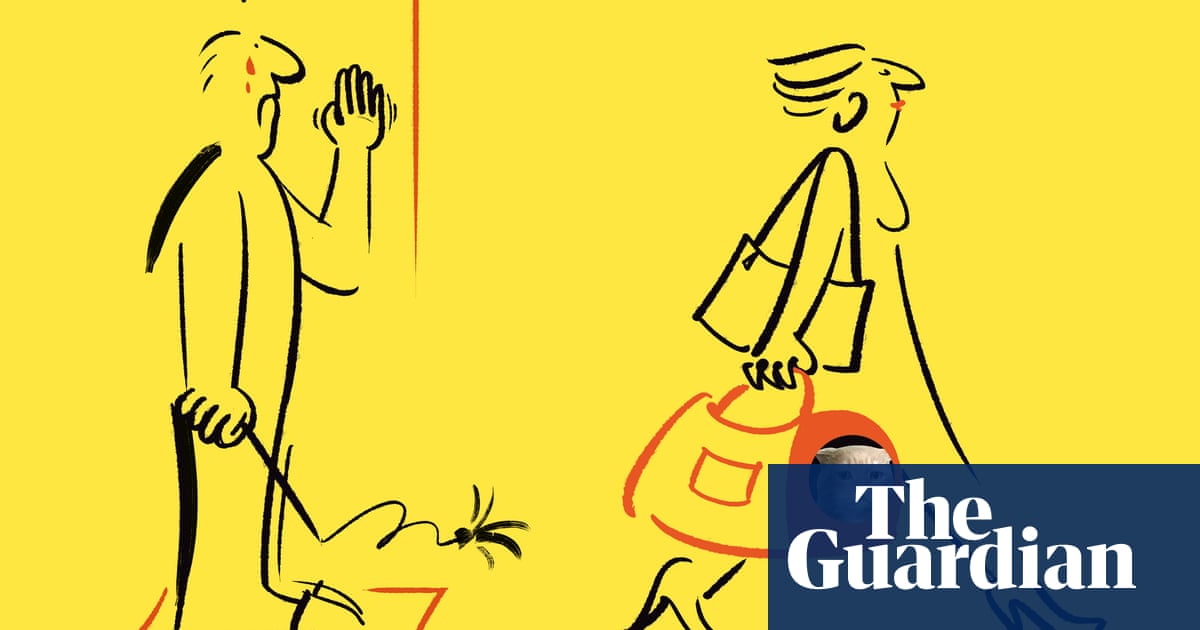