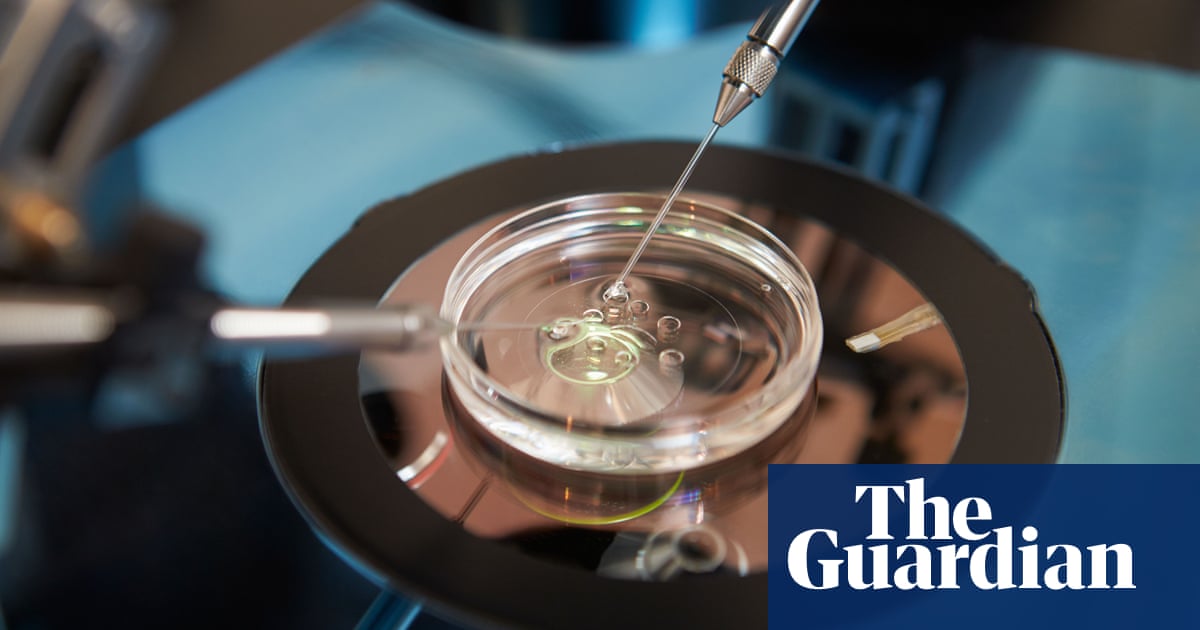 Originally published by The 19th.

In the hours after Roe v Wade was overturned, frantic emails began spilling into Dr Robert Hunter’s inbox. But his patients weren’t asking about abortion, the procedure Roe had protected since 1973. They were asking about their embryos – specifically, whether they should move them.

Hi Dr Hunter, I just wanted to check in and see if there is anything we need to be worried about … especially with 6 frozen embryos.

Dr Hunter, Has your clinic discussed measures to potentially move/protect the stored embryos now that Roe has been overturned this morning? I may be ignorant, but I had a moment of worry our embryos might be at risk to folks who don’t understand.

Hunter runs a fertility clinic offering in vitro fertilization (IVF) in Louisville, Kentucky, where a blocked abortion law could soon put IVF in jeopardy, too. Now, many patients are scrambling to make decisions about their future. Kentucky is one of a handful of states that wants to use an abortion regulation to define life as beginning at fertilization, common language that is present in several other abortion bans that have gone into effect or will soon, including in Utah, Texas and Louisiana.

The Kentucky law has been blocked by courts, but that could change soon and, in November, voters will determine whether the state can even guarantee the right to an abortion.

Other states want to move further, giving embryos constitutional rights through what are called “personhood” bills, even though most will never become babies. Roe was the largest roadblock stopping these kinds of bills from becoming law, but without it, patients in states including Georgia, Iowa, Ohio, Oklahoma, South Carolina and Nebraska, where personhood laws have been proposed but have not yet passed, could face the same questions as Hunter’s patients in Kentucky.

Both kinds of laws could affect embryos created through IVF, causing spillover effects into other areas of reproductive care. Hunter’s patients probably now have a small window before those laws become more concrete realities in Kentucky, putting into question what they can do with their own embryos. Moving embryos to another state could buy patients some time. It may also afford them something even more valuable: a choice.

After Roe was overturned, Kenyon Laing was one of the patients trying to reach Hunter’s clinic, where her two remaining embryos are stored.

After the decision came down on 24 June, she marched with her husband at a protest in downtown Louisville, visibly pregnant at 23 weeks with a baby conceived through IVF. “Pregnant and pro-choice,” she chanted in the 92-degree heat. But it was the first time she’d stood at a protest feeling that no matter how much she shouted, her voice wouldn’t carry.

Laws that define life as beginning at conception could lead to limitations around how many eggs are fertilized in each IVF cycle and whether the resulting embryos, most of which are often not genetically viable, can be disposed of. It’s standard to retrieve a dozen eggs or more, then fertilize and test them to ensure the one that is implanted in the uterus has the best chance of leading to a healthy pregnancy. In Laing’s IVF cycle, for instance, Hunter retrieved 40 eggs and fertilized about half. Of those, 13 actually fertilized successfully and only three were ultimately high quality enough to have a good change of leading to a live birth.

If those embryos are considered people from the moment they’re fertilized, disposal could be a crime and doctors could be prosecuted. That would make IVF less successful, more costly and more inaccessible.

The week after Roe was reversed, Laing typed an email to Hunter: Given the supreme court’s recent decision, my husband and I would like to move our embryos to storage in a different state (Minnesota) as soon as possible.

Hunter wrote her back right away. Most reproductive endocrinologists recommend not moving embryos until they know exactly how abortion regulations may affect IVF, he told her. It’s still unclear how direct an effect they could have because so much of the language is vague and doesn’t directly address the procedure. Kentucky’s bill, for example, defines an unborn child’s life as beginning from the moment of fertilization, but other bills, like Ohio’s, go further to specifically confer constitutional rights on “all unborn human individuals from the moment of conception.”

Typically, embryos are stored in liquid nitrogen inside cryopreservation tanks either onsite at clinics or in larger storage facilities. Clinics work with private companies to help shuttle embryos from state to state, which is often done if a patient moves.

It’s the same system patients like Laing are tapping into now, worried that the legal landscape in their states could shift.

“I just don’t feel comfortable living in a state where a doctor has to make a decision about whether or not they could go to prison to save my life,” she said.

Laing is now in the process of setting up care with a new doctor in Minnesota, where her parents live and where the right to abortion is protected under the state constitution. Hunter helped connect her with Cryoport, a leader in cryopreservation and embryo transport, which will move her embryos from Kentucky to the new clinic. It will cost at least $780, plus annual storage of about $750.

A deluge of requests are now hitting fertility doctors in most states – those with pending personhood bills and those without, where the embryos could be moved. In Seattle, Dr Lora Shahine, a reproductive endocrinologist at Pacific NW Fertility and host of the Baby or Bust podcast, said every single patient she’s had since Roe was overturned has asked her about how the decision could affect their treatment. Calls are coming in from out-of-state patients who want to establish care with Shahine so they can then move their embryos to Washington, where the right to abortion has been codified for more than 30 years.

Those she has spoken to are worried their embryos could be held hostage by abortion legislation and that they would then be unable to move them out of state, Shahine said. They are worried their state will force them to have another child even though they feel their family is complete. They are worried about getting pregnant at all and miscarrying – will they be able to receive the care they need?

It’s not a question for Shahine whether she wants to help them but whether, logistically, she can.

Cryopreservation takes space. Pacific NW Fertility stores its embryos onsite, but it’s expensive, and buying more square footage is costly in Seattle. The clinic offers some offsite options for long-term storage out of state through partnerships with cryopreservation companies, but those options are expensive and already limited.

“We have to get together as a clinic and think, ‘How many of these patients can we accommodate?’” Shahine said. “The more outside of the state we are accommodating, the less people here in Seattle who want our care are going to be able to get our care. How do we balance that?”

Dr. Stephanie Gustin, the medical director at the Heartland Center for Reproductive Medicine in Omaha, one of the only two fertility clinics in Nebraska, is also fielding questions daily. Governor Pete Ricketts is weighing whether to call a special session to reintroduce an abortion ban with a conception standard this summer. Ricketts said a new version will probably have to be introduced and it wouldn’t affect IVF, but reproductive endocrinologists in the state, including Gustin, are campaigning to block the legislation altogether.

In the meantime, she is also in touch with cryopreservation companies, who have told her they intend to facilitate the transport of embryos for doctors and clinics if laws are passed that limited doctors’ ability to handle embryos.

Other companies are also stepping up to offer more transport services. Just hours after Roe was overturned, Lilia, a Toronto-based start-up that specializes in freezing eggs, launched a new service to move embryos across states to a partner facility in Massachusetts, a state that has codified the right to an abortion.

In the legal gray area created since the fall of Roe, patients who have embryos in storage are stuck with few clear answers as to how – and when – they should make a decision.

As a queer couple, they have begun working with their fertility clinic to make sure the sperm they have banked up can be put under Reynolds’ name. Bauer, a transgender woman, is worried her sperm she banked before beginning to medically transition may be unusable, but not for any medical reason. The couple fears that any forthcoming attacks on LGBTQ+ rights could endanger their own biological materials.

“People don’t realize, and I didn’t realize until I started to medically transition, just how interconnected reproductive health care is with so many other aspects of health care,” Bauer said. “The ways people are working to restrict abortion will have so many trickle down effects for not just cisgender women, but for trans people across the country … This is about everyone.”

Adding to the pressure is the reality that a grant they received from the Jewish Fertility Foundation to help cover the costs of their fertility treatments expires in September. One cycle of IVF costs patients about $23,000 on average, so if they need to undergo the procedure, they must do so as soon as possible.

In Atlanta, Monica Caron also isn’t sure she can wait much longer. She has one frozen embryo left after welcoming a daughter through IVF in the fall of 2020. She had been hoping to wait at least another year before beginning an IVF cycle. Now, she wonders if that’s even feasible.

“It’s really emotional to have only one embryo left,” Caron said. “I feel like I can’t wait until next year, until after the elections.”

She and her husband had considered moving their embryo to another state, but they were scared off by stories of IVF cycles “not going well” after an embryo has been moved, though typically the process is safe.

The situation is not too far removed from the one abortion patients face – losing choice means losing the autonomy to dictate their own future. Those decisions would instead be for someone else to decide, and for them to absorb.

“I am so upset that my choice and my timeline to expand my family was taken away from me when any other person who can have a child naturally can choose when they want to have that baby,” Caron said. “It’s already so stressful as is, and now to not feel in control – I feel like I just have to jump off the diving board.” 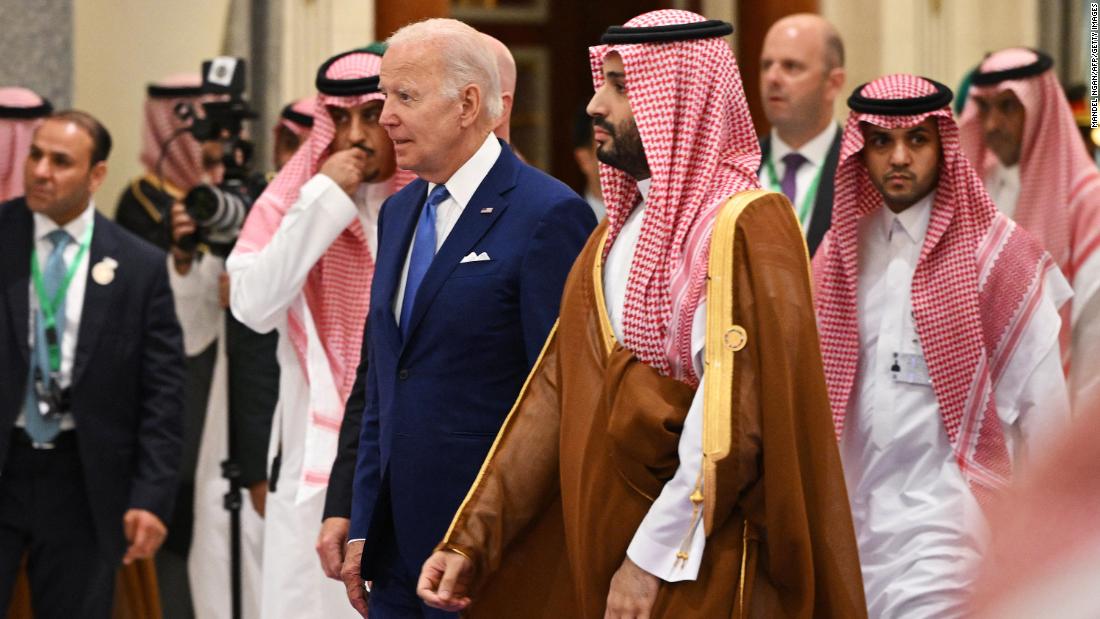 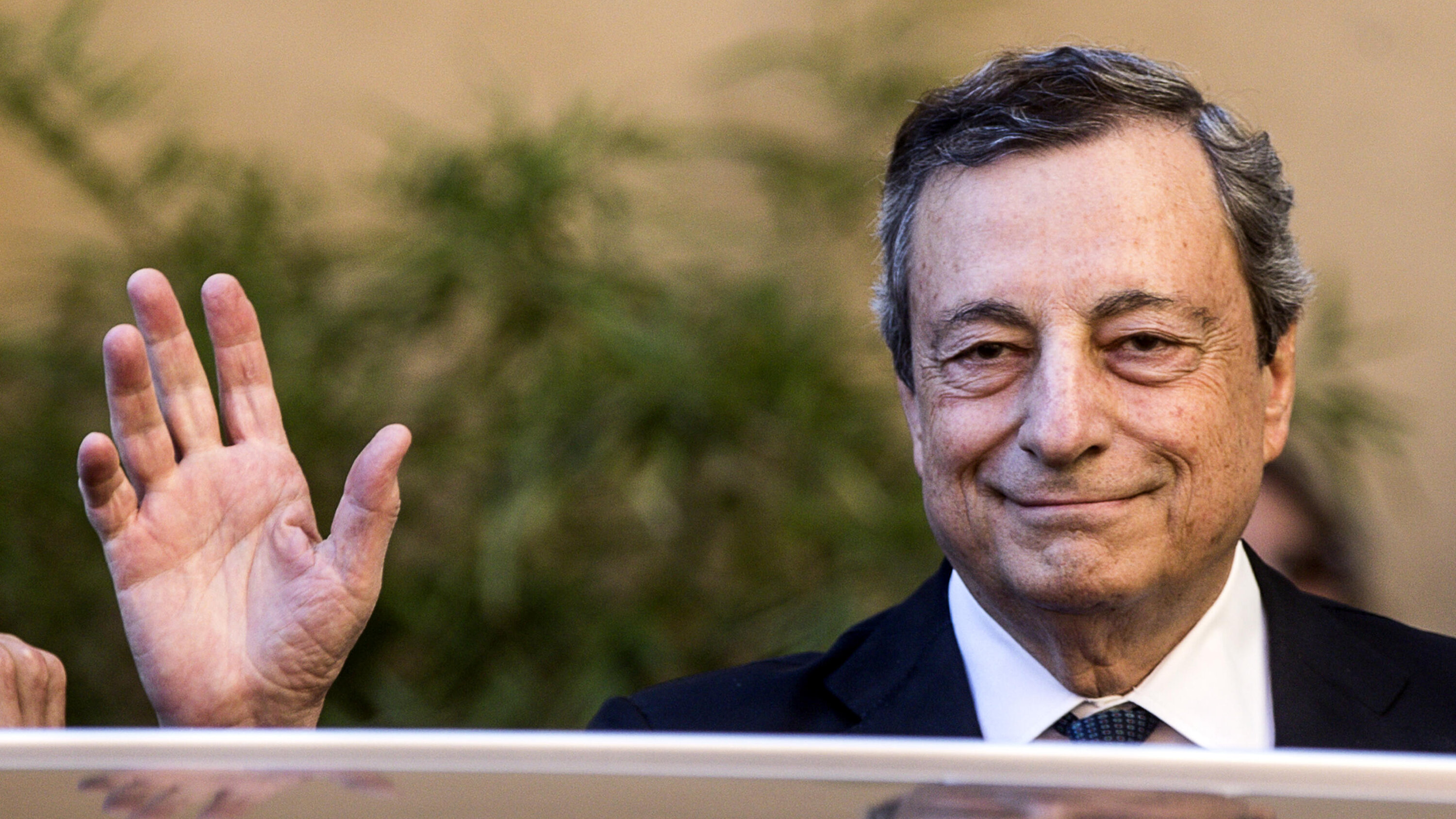