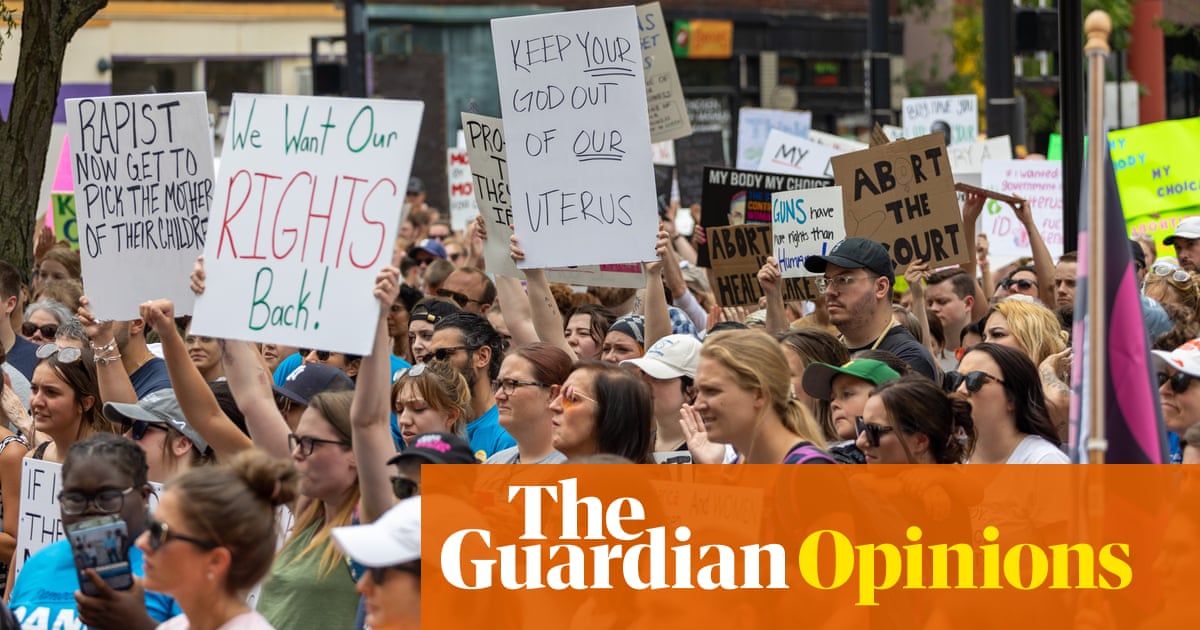 Here’s a sentence nobody should ever have to write: a 10-year-old Ohio girl was raped and then had to flee her state in order to have a safe and legal abortion. Instead of reacting with horror, Republican politicians and the rightwing media’s first instinct was to claim the story, first published by the Indianapolis Star on July 1, was fake news. On Monday, for example, Ohio attorney general Dave Yost told Fox News that “Every day that goes by the more likely that this [story] is a fabrication … shame on the Indianapolis paper that ran this thing on a single source who has an obvious axe to grind.” Fox News host Tucker Carlson called the incident “not true” and his colleague Jesse Watters suggested it was a hoax.

It wasn’t just rightwingers who doubted the veracity of the story: corners of the mainstream media also rushed to question it. The Wall Street Journal published an article from its editorial board with the headline: “An Abortion Story Too Good to Confirm”. Too good to confirm. They used those words to describe a 10-year-old being raped and not being able to get an abortion in her home state of Ohio, which has banned abortions after six weeks, with no exceptions for rape and incest. Too good to confirm!

The Washington Post’s Glenn Kessler also heavily insinuated that the story was made up by anti-abortion activists in a ‘fact-checking’ column headlined “A one-source story about a 10-year-old and an abortion goes viral.” Kessler took issue with the fact that the Indianapolis Star only cited one source for the story about the 10-year-old: an obstetrician-gynecologist called Caitlin Bernard, who goes on the record. Adding to Kessler’s seeming cynicism about the incident is the fact, he writes, that “an abortion of a 10-year-old is pretty rare”. In the very next sentence, however, he notes that “The Columbus Dispatch reported that in 2020, 52 people under the age of 15 received an abortion in Ohio.” That is ONCE A WEEK. How on earth can that be considered “rare”? (Kessler later said on Twitter that he regretted using the word “rare.”)

It would have been far better if the horrific story had been a hoax rather than a vulnerable young child’s reality. But, on Wednesday, a 27-year-old man was charged with the rape. Did all the naysayers apologize? Of course not. Fox News shrugged their shoulders and moved on. Kessler, meanwhile, responded to criticism of his column with a snarky tweet. “The last line of this fact check was: ‘If a rapist is ever charged, the fact finally would have more solid grounding,’” Kessler wrote. “Now, a rapist has been charged and the story has been updated. Getting lots of angry emails but journalism is an accumulation of facts.”

Here are a few facts for you: as Kessler’s own newspaper has reported, less than a third of rape incidents are reported to the police; only 5.7% of rape cases lead to an arrest; and less than 1% of rapes lead to felony convictions. One major reason so few sexual assault cases are reported to the authorities is because victims are afraid that unless the whole incident was caught on high-definition video and witnessed by the Pope, they will not be believed. And even if they are believed, it’s likely that they’ll somehow be blamed for the incident. Their skirt was too short! They shouldn’t have been walking home alone at night! They shouldn’t have been a 10-year-old living in Ohio! Women don’t speak up because they know, one way or another, they’ll be punished for it. Just look at Dr Bernard, the source for the Indianapolis Star story: she has had her character attacked and Indiana’s attorney general Todd Rokita has even promised to investigate her. This horrific story is yet another reminder that, even in the most shocking circumstances, the default position in society is to question women’s credibility. I really hope that Kessler takes some time to consider those facts.

One Republican senator claimed that the proposal would encourage “abortion tourism”– as if women would decide to cancel their trips to the beach and decide to go for a nice, relaxing, abortion instead. Republicans are now making it very clear that they are going after the right to free movement.

‘Have you recently had an abortion?’ Australian transiting through US questioned then deported

It’s not clear why customs officials asked Madolline Gourley whether she’d had an abortion; nor why they thought this was any of their business.

Most stoning sentences are overturned in high court and the woman has said she is appealing the decision. However, even if it is overturned, the fact that she was sentenced to death by stoning is horrific. It’s the first known case in Sudan for almost a decade and a violation of international law; activists worry that the sentence is part of a broader rollback of women’s rights in the country. Adultery obviously takes two: what happened to the man involved? I haven’t been able to find any information on that but I can tell you that stoning sentences are predominately given to women.

The lawsuit alleges a systematic failure to prevent violence against women on the Uber platform, caused by “the toxic-male culture at Uber … A culture which started at the very top of Uber by placing profits and growth over safety above all else and, in the process, exploited, endangered, and injured women and girls”.

Spain responsible for violence against woman in C-section case

A United Nations committee has said an unnamed Spanish women was subject to “obstetric violence” when she was forced to undergo a caesarean section without her consent with her arms strapped down. Such violence against women in childbirth is widespread and systematic, the UN body found.

More depressing proof that climate crisis is a feminist issue

Earlier this year the Australian government unveiled (and then quickly withdrew) a new logo for the Prime Minister’s and Cabinet’s Women’s Network which, unfortunately, looked like a purple penis. How did nobody catch this? It’s unclear: newly released documents show that no concerns were raised about the design’s phallic appearance although the government’s “women champion” did want to know where the idea came from. Don’t we all.

Rowdy, an appropriately-named cat, has spent nearly a month playing hide-and-seek with the staff of Logan International airport in Boston after escaping from a flight. She has finally allowed herself to be found and reunited with her owner. No more cargo flights for Rowdy, I reckon. First class all the way. 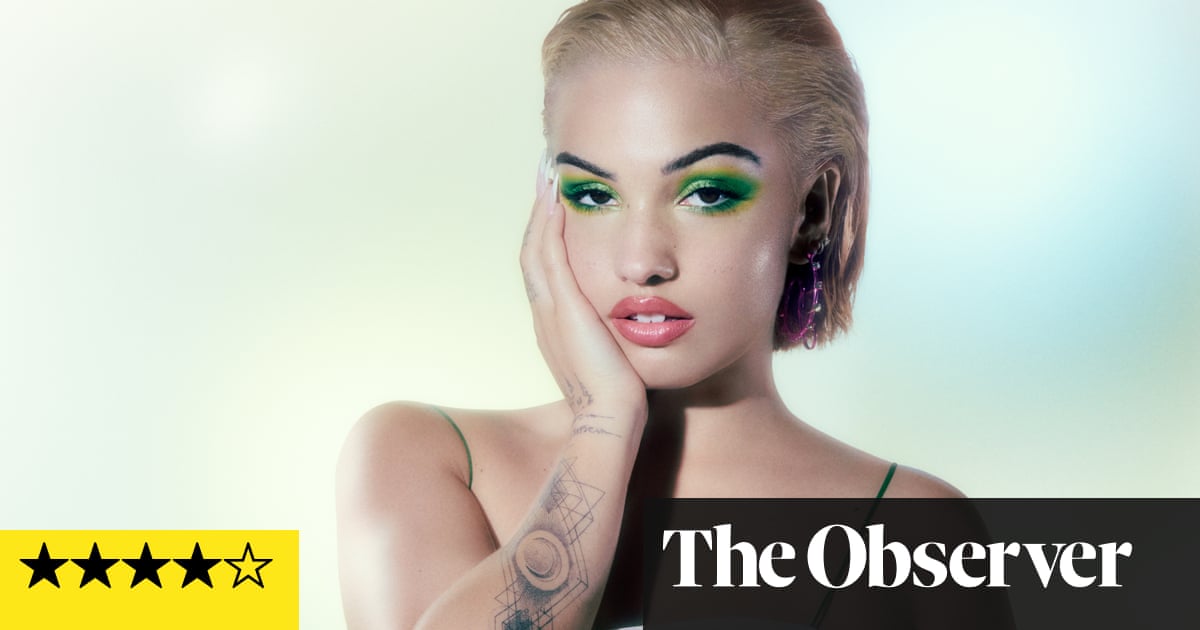 Previous post Mabel: About Last Night… review – tears and cheers on the dancefloor 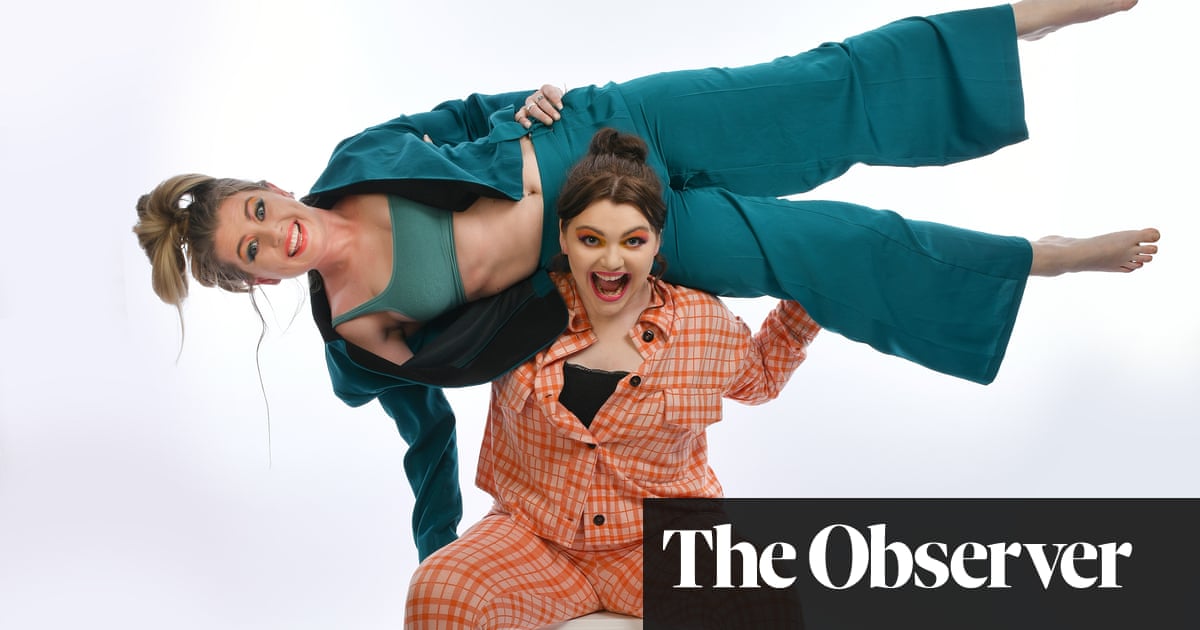