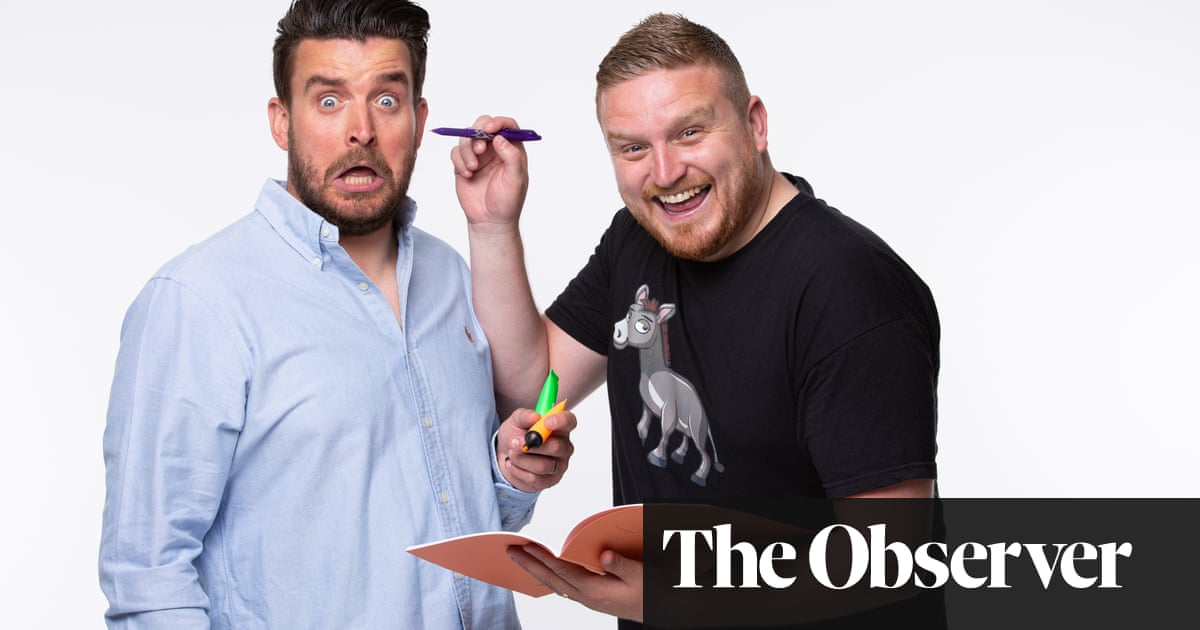 What with all the fuss about who has, or who should have, their finger on the education brief, I feel it’s time to review some teacher-y audio. First up, let’s hear from the teachers themselves. Two Mr Ps in a Pod(cast) is a jolly weekly offering hosted by two ex-primary school teachers who are still involved in education: Mr P (Lee Parkinson) and his brother, Adam, AKA The Other Mr P. Their podcast has a large social media presence and many hugely enthusiastic listeners.

Though they are excellent at nifty online snippets – ICT is Mr P’s speciality – the Two Mr Ps’ podcast is not as sharp as their TikToks. Most episodes could do with a good 20 minutes being edited out. Episode 117, supposedly based around Sats exams – an interestingly controversial topic for both teachers and parents – spent far too long on the Mr Ps telling us, in detail, about their recent live gigs: one had an excellent rider, apparently. Plus, for a podcast that sells itself on the funny, the joke standards are, frankly, low. The Other Mr P told us an anecdote about his McDonald’s order being number 007 and him saying “the name’s Donald, McDonald” to the server when he was called to the counter. “It was grade-A bantz!” he insisted. When they finally got round to discussing Sats, Mr P had some great points – why Sats don’t work, how they affect GCSEs – but even that could have done with a sharper edit. Still, their warm, up-for-a-laugh tone is impeccable, as are their observations about madly pushy parents, and it’s these that have won the show its thousands of fans.

For something more structured (and better produced), you might try Teach Me a Lesson, a podcast fronted by Radio 1’s Greg James and his wife, author and journalist Bella Mackie, which gets teachers to go through their most interesting lesson on air. James is, obviously, an excellent presenter, and Mackie is good too. But that’s not why we’re here. The meat of the show is an abridged lesson (or an abridged series of lessons) on one topic, given by a real-life teacher. These are surprisingly interesting. Miss Sheridan’s year 6 lesson on How to Never Lose a Penalty Shootout covered history, geography, and some properly fascinating statistics and data. Mr Grindrod’s Can Maths Explain What We Find Beautiful?, a secondary school lesson covering the Fibonacci sequence and the golden ratio, is also a nice one. This podcast isn’t going to change your life, but it definitely reminds you how great teaching can illuminate and enthuse us all.

Some inspiring content in those lessons, but lest we forget, all teachers have to follow the national curriculum. A few days ago, an interesting Radio 4 programme looked at whether this approach serves all pupils. In Schools Apart, film and theatre producer Anwar Akhtar went back to his old school, Loreto college, in Hulme, Manchester. Though it’s a Catholic school, Loreto is a multicultural, multifaith community. A son of Pakistani immigrants, Akhtar thinks the school served him well, and would like to see similar mixing in other schools. This does not always happen: in some mixed areas, schools become monocultural because of pupil intake. In Oldham, he talked to a school leader who solved this by merging two schools: Counthill school, predominantly white, and Breeze Hill school, predominantly Asian, to form a new academy. It’s proved a great success. Teachers also discussed whether the current curriculum includes all pupils. It’s all very well expanding the curriculum to include black, Asian and minority ethnic experience, but it’s important to ensure that minority life isn’t just represented as traumatic. An interesting programme, engagingly presented.

Also on Radio 4, in this week’s Analysis, More Or Less’s Charlotte McDonald took a look at preschool childcare. Is it for the parents, or the children? Different governments have given different emphases, though it’s striking how much talk is about getting parents to work, rather than ensuring that these very young children are being helped with their development. McDonald spoke to a public leader in Quebec where, in the late 90s, just 50% of women with children under five were working. Once cheap childcare was created ($5 a day! Imagine!), that went up to 70%.

Finally, for those who’d like to be better educated, Radio 3 has a 20-minute preamble to a specially recorded version of TS Eliot’s The Waste Land, out today. As an Eng Lit dunce, I found it fascinating. And the reading is well done too, though overly stagey at times. I like the working-class sections, but the fruity, whither-me posh parts sometimes vanish into meaningless modulation, like a pop song where you love the rhythm but can’t make head nor tail of the lyrics. Back to school for me. 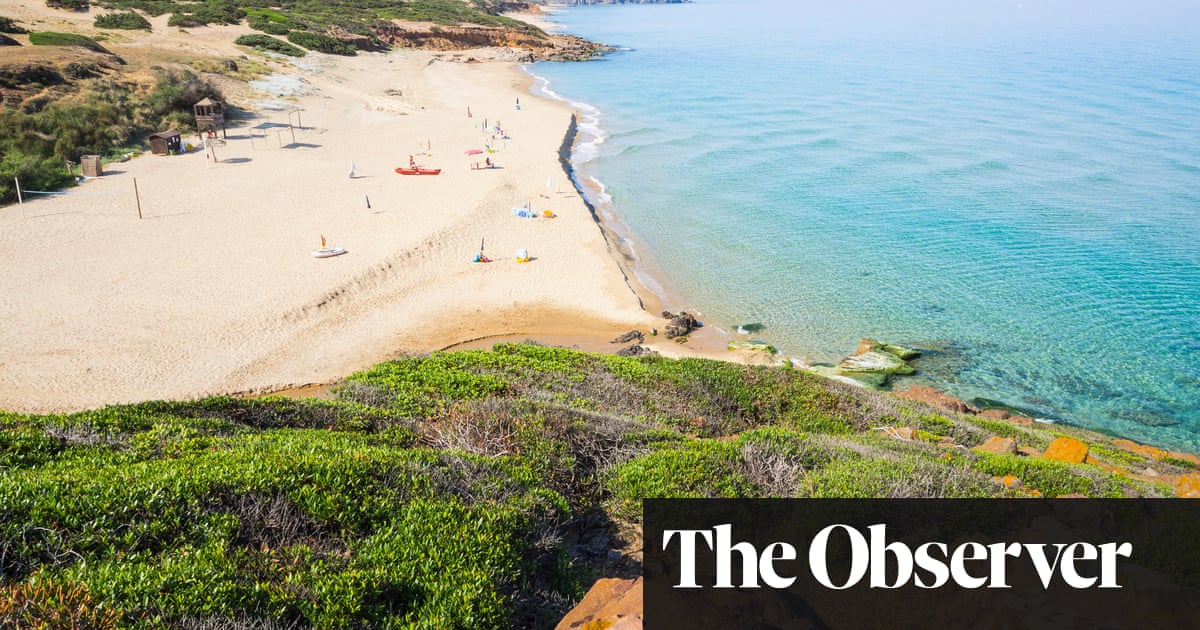 Previous post ‘Nudity on the beach is normal’: how Sardinia is tapping into the naturist revival 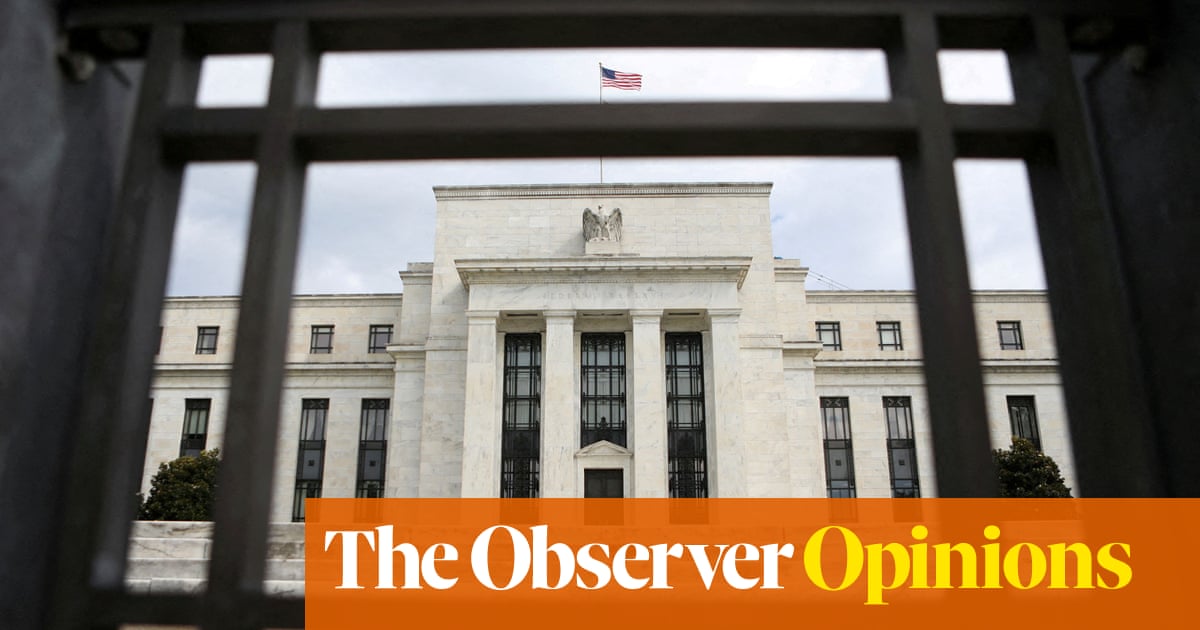