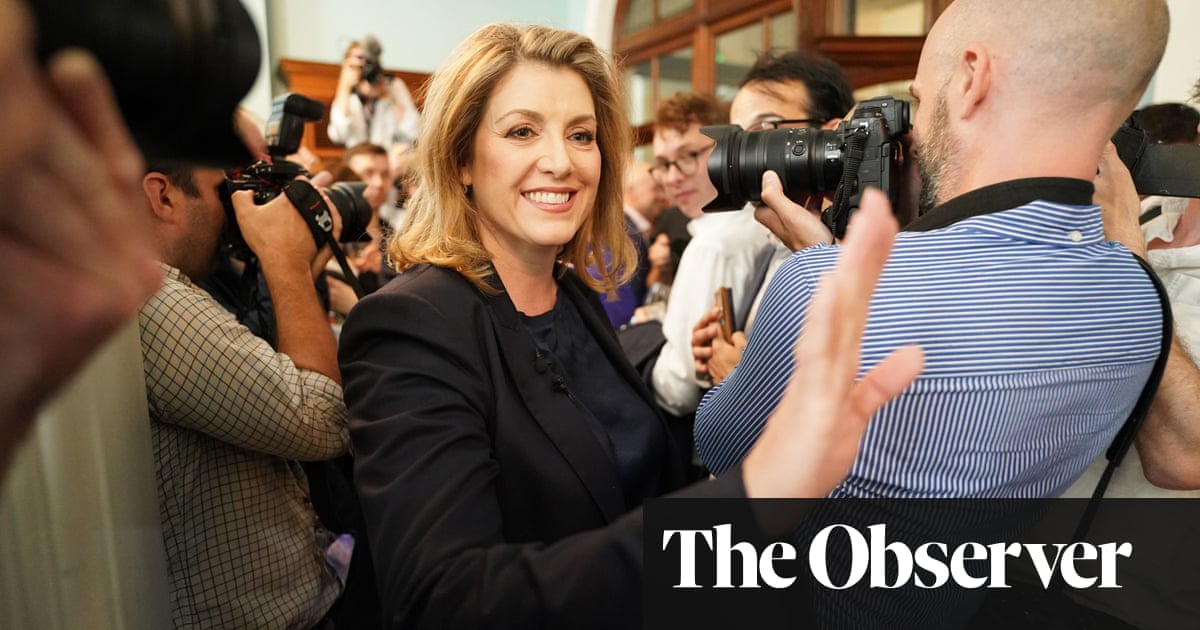 The thick stone battlements that guard the entrance to Portsmouth’s ancient harbour bake in the late afternoon heat. Teenage couples lounge on the sun-bleached walls and elderly couples share ice creams on the shaded benches while giant cross-Channel ferries chug past. Yet 40 years ago very different scenes inspired a young Penny Mordaunt – one of the city’s two MPs – into politics. She joined hundreds of well-wishers and service families watching Margaret Thatcher’s naval taskforce set sail for the Falklands. It was this moment – according to her carefully curated biography for the Tory faithful – that set her on a political path that could lead to No 10 in less than two months.

Mordaunt’s sudden rise to bookies’ favourite has shocked many seasoned political observers – and the wider public, which knows little of the MP for Portsmouth North. But her local supporters and even some of her political opponents in the densely populated island city which has shaped her political career are not surprised by her emergence as the members’ top choice in the race to succeed Boris Johnson.

In a suburban semi-detached house in the north of the city, the three-times lord mayor and former Conservative councillor Frank Jonas is full of praise for “our girl”, as he likes to call Mordaunt. Jonas was a member of the committee that selected Mordaunt for her first campaign to become MP in the area in 2005, which she lost before winning in 2010. “She outshone everyone else [in the meeting] and she has just got better and better,” says Jonas in his living room adorned with paintings of British military battles.

“She is genuine, and that’s a rare thing in politics. I hope she does become prime minister because she doesn’t owe anyone anything – she has done it all herself.”

Conservative councillor Scott Payter-Harris, sitting beside Jonas, has no time for those in his party who are briefing that she is not up to job. “[Her rise] might be a surprise to people outside Portsmouth. It is not a surprise to us – we know how good she is,” he says. “She took a Labour-voting seat in 2010 and she has increased the majority each time. It shows what she can do. She is very approachable. She’s a normal person – she has a very normal background.”

Even Portsmouth’s Lib Dem council leader has nice things to say about Mordaunt. In the city’s gull-poo-streaked 1970s council offices, Gerald Vernon-Jackson says they get on well despite coming from very different political traditions. “We see each other on a regular basis,” he says, while munching on M&S shortbread. “I have her mobile number. I’ll text her if there are things I need the government to do. She’s always responsive. She is very supportive, and we don’t argue over most things.”

Vernon-Jackson, who has messaged Mordaunt to wish her well in the leadership election, says she helped secure levelling-up funding to build a new cruise ship terminal and, alongside the city’s Labour MP, succeeded in stopping the construction of an unpopular cross-Channel powerline. He thinks Mordaunt would make an effective prime minister. “We disagree politically. She’s a right-wing Conservative; I’m a Lib Dem. She’s a leaver; I’m a remainer. But she does know how to run things in a professional way. For the last two-and-a-half years, we just had chaos – and that’s not what she would do.”

However, there are some in Portsmouth who feel Mordaunt has ditched socially liberal views in the pursuit of power. In a cafe on the golden pebble beach that sweeps around the southern tip of the city CP Quinn, partnership manager for Portsmouth Pride, which attracted 14,000 people in June, is less than impressed with her recent attempts to distance herself from her former high-profile support for trans people. “Penny has been very supportive of Portsmouth Pride. In 2017 she even brought a trans woman to Pride to speak,” he says. “It’s disappointing to see this U-turn on trans rights. It is dog-whistle politics.”

Quinn says Portsmouth Pride has been contacted by lots of distressed people from the LGBTQ+ community since Mordaunt launched her campaign. “The community is always more hurt when somebody U-turns,” he says. “We’re having to support trans people who feel really shocked amd disappointed that an MP who’s been supportive in the past is acting in this way just because of a leadership contest.”

Some local beachgoers and swimmers also question Mordaunt’s honesty. While she has called out water companies pumping untreated sewage into the sea, last year she voted against an amendment that would have required firms to stop discharges, and this year she voted against measures to punish firms when animals die in polluted water. Sarah Shreeve, a primary school teacher who co-founded a 2,000-strong local Stop The Sewage group last year, claims Mordaunt’s approach is alarming given that she aspires to run the country: “That level of that willingness to uphold the party line and the status quo in the face of contradictory evidence from people’s lived experience and from experts is a really worrying trait for someone who wants to be our prime minister.”

Back on the port battlements the swirling, chaotic tidal waters of the silvery blue Solent below provide an apt metaphor for the foment in the Tory party and country. One middle-aged woman – perhaps speaking for the entire non-Tory voting electorate – simply remarks: “I don’t have anything positive to say about any of them. They will all be as bad as each other.” 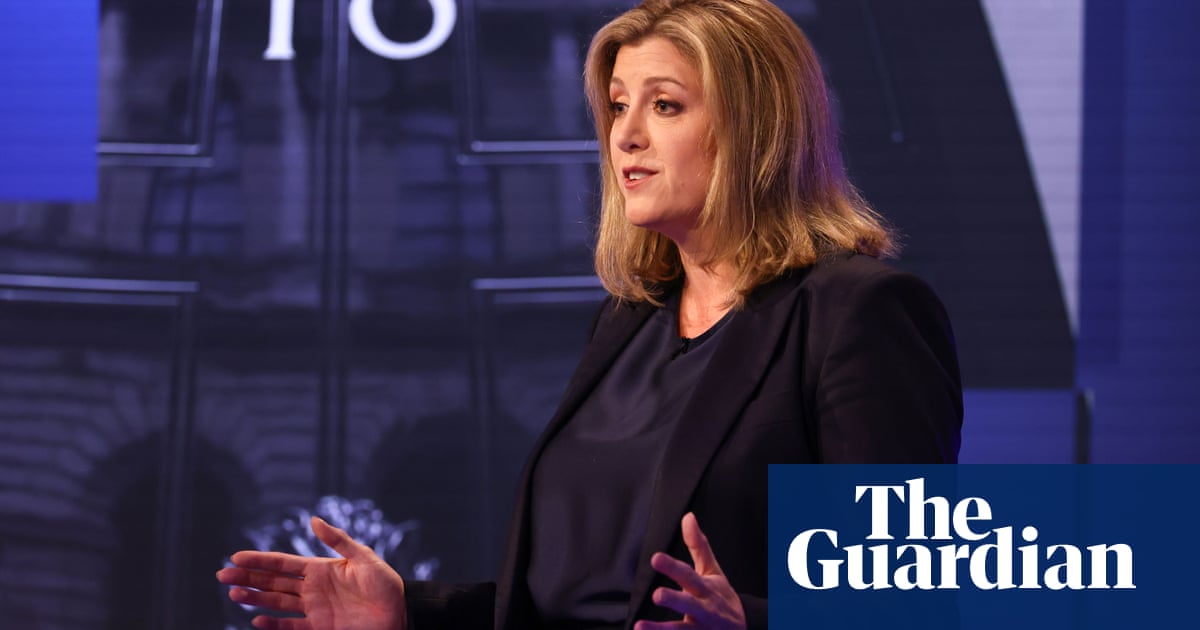 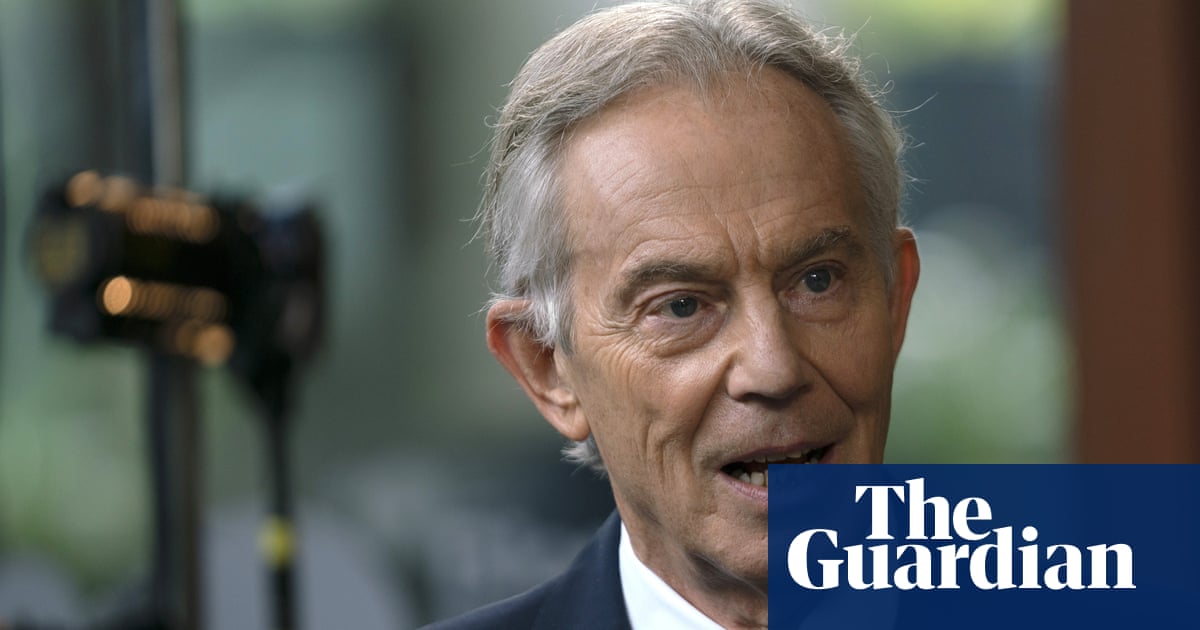