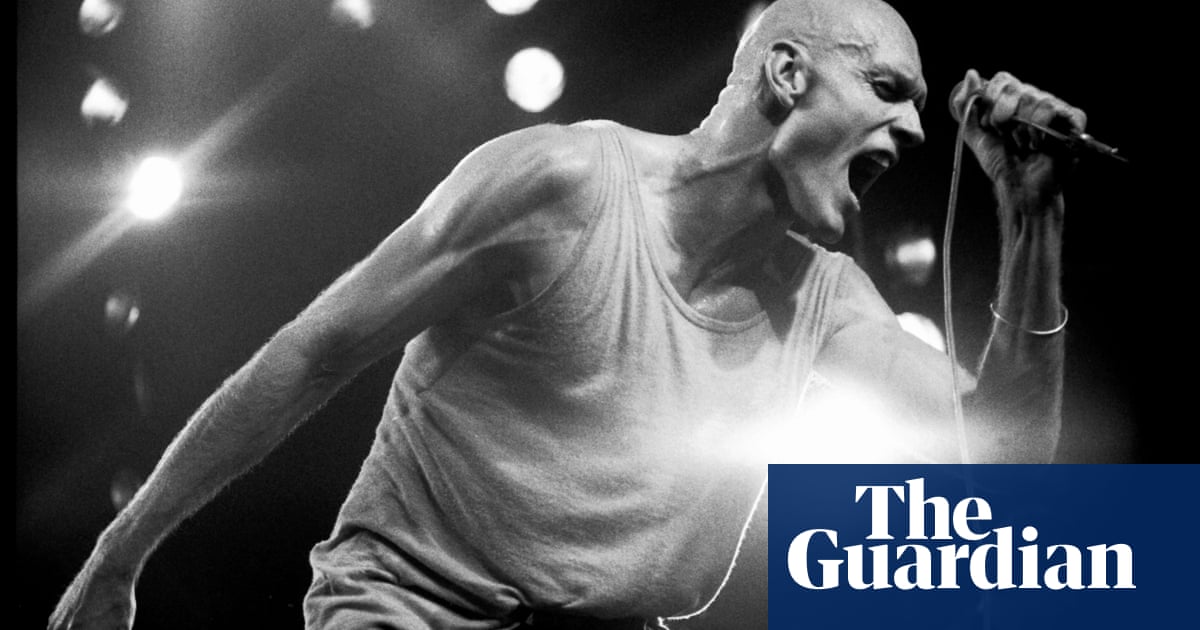 In his memoir Big Blue Sky, Peter Garrett cites an iron law of rock (and Regurgitator): fans will always tell you that they like your old stuff better than your new stuff. That’s because, for any band that has a long career, songs are associated with the memories that we attach to them when we were growing up.

I grew up with Midnight Oil. They were the first band I ever saw in concert, I’ve seen them more than most, and I was immensely privileged to write liner notes for their Overflow Tank boxset. In compiling this list, I’ve tried to bear in mind that my memories are no measure of a song’s quality, much less cultural impact.

Even so, in this inevitably subjective list, I’ve succumbed to the iron law. By my reckoning, Midnight Oil have released three outright classic albums. Those are Head Injuries, 10, 9, 8, 7, 6, 5, 4, 3, 2, 1 (usually abbreviated as 10–1) and Diesel and Dust. Ten songs here are drawn from the last two alone. They were impossible to leave out.

But those 10 songs don’t adequately tell the story of Midnight Oil’s career. I’ve tried to do that in this list. Still, it burned to omit the magnificent Tarkine, from the band’s most recent album Resist, and Golden Age, from the underrated Capricornia. The 1990s are perhaps unfairly unrepresented, other than two essential cuts from Blue Sky Mining.

Since 1978, Midnight Oil have made 13 studio albums, two studio EPs and various odds and sods. If space and time permitted, I could more comfortably have written about 30 songs, or even 40. But I’m guessing that if you ever saw them play live – and live was always the best way to experience Midnight Oil – you would have been pretty happy with this set list.

Made in Tokyo, Midnight Oil’s fifth album Red Sails in the Sunset expanded upon the studio wizardry and ambitious arrangements of its predecessor 10-1 with slightly diminished returns. But Best of Both Worlds was a barn-burner. Taking the brass and guitar fusion of the Saints’ Know Your Product as a template, it threw shade on the rest of the album’s long-windedness in its single-minded attack.

Place Without a Postcard was the difficult third album for Midnight Oil. Recorded with famed English producer Glyn Johns, it sounded like it had lead in its saddlebags – live performances of songs like Lucky Country and Brave Faces hint at what might have been. But on Armistice Day, the sluggishness worked in its favour. It’s a big, bad bomber of a song, Martin Rotsey’s air-raid guitar dropping the heavy artillery.

Having pushed the limits of the studio as far as they could with Red Sails in the Sunset, Midnight Oil went back to their northern beaches surf-punk-hippie roots for the Species Deceases EP: four up-tempo, back-to-basic rock songs, inspired by the sinking of the Rainbow Warrior and a trip to Hiroshima. Hercules was the main radio cut, highlighted by Jim Moginie’s mind-bending backwards guitar in the coda.

If you hoped for a furious return from Midnight Oil circa 2022 – something that reminded you of your own youth – you’d be looking at their beautiful, probably final album through the wrong end of the telescope. Here are men in their late 60s, looking back not with anger, but forward with horror. Rising Seas begins with a hymn, then builds, holding back the tide – a metaphor for the song’s subject matter. Eventually, at 4.41, the song breaks its banks and overflows.

“The first thing I’ve got to do with you guys is cut out the hippie waffle,” producer Les Karski told Midnight Oil at the outset of recording of their second album – and first great one. Their self-titled debut had occasionally meandered, but Head Injuries was hard, taut and mean, and Back on the Borderline was just perfect: Rob Hirst is on fire behind the kit, the guitars jangled and crunched, and there’s an instantly memorable pop melody over the top.

Summoning the spirit of the Shadows and Australian surf-rock pioneers the Atlantics, this instrumental gained Midnight Oil their first serious airplay. At that time, commercial radio couldn’t deal with Garrett’s vocals. An obscene and defamatory rant had been excised from the song’s mix, with just an inaudible snatch of conversation remaining. The end result is curiously wistful and affecting. The Atlantics returned the compliment with a wonderful cover.

Not included on the original US CD or cassette editions of Diesel and Dust – and left off vinyl editions to this day – Gunbarrel Highway was reduced to virtual bonus track status. Which is a great shame, because its grand cinematic sweep ranks among Midnight Oil’s most evocative songs, hurtling like a road train through endless mulga and spinifex, symbolising the paradise-lost collision between modern and ancient.

This live showstopper was usually reserved as an encore, until it was dropped after Bones Hillman joined the band in 1987 (he struggled to master its fiendish bassline). Stand in Line was the pinnacle of the band’s early surf-punk years: the lyrics were sharper, Garrett delivered them with berserk commitment, and Moginie’s long, unconventional solo was jaw-dropping. The song returned to the set list for the Great Circle tour in 2017.

Named after the Gold Coast theme park and inspired by Queensland’s “white shoe brigade” of 1980s property developers, Dreamworld rocked hard. But it also featured layered harmonies and a huge, descending hook line, just a bit faster to the similar pattern in the Cure’s contemporaneous Just Like Heaven. It’s the sound of a band full of confidence, probably the best ensemble performance on Diesel and Dust.

Recorded with a young Nick Launay, who’d worked with the Birthday Party, Public Image Ltd and Killing Joke, Midnight Oil’s breakthrough album 10-1 was very much a post-punk record, both in spirit and wildly experimental execution: on the chorus hook of US Forces, Hirst played piano strings with his drumsticks. But the studio tricks never got in the way of the songwriting – Armageddon never sounded like so much fun.

A live staple, often used to open shows, Read About It was built on a bed of furiously strummed semi-acoustic guitars, punctuated by Moginie’s devastating electric riff. The band works like a machine here, driven from the back by Hirst’s furious drumming. Rumour has it that famed (fictional) producer Bruce Dickinson dropped into the studio to demand more cowbell on this one.

This was Hirst’s answer to Born in the USA; a song for the fallen that warns against the complacency bred by peacetime: “These are the years between, these are the years that were hard fought and won.” In his memoir, Garrett ranks Forgotten Years alongside Eric Bogle’s And The Band Played Waltzing Matilda and Redgum’s I Was Only 19 among the finest Australian anti-war songs. It rings more urgently now than ever.

Originally written to commemorate the handing back of Uluru to its traditional owners in 1986, The Dead Heart marks the beginning of the Oils’ heartland rock era, setting the tone for the campfire songs and road anthems of Diesel and Dust, on which it was included the following year. The music was no longer a closed fist of steel; instead, it was full of space and light, the band delivering its message with less aggression and more warmth.

A fully developed melody, sung with grace by Garrett with backing by Hirst and the late, great Hillman, and a lyric that has transcended its origin story of the abandoned Western Australian mining town of Wittenoom: the bitter irony of “nothing’s as precious as a hole in the ground” says it all. The brief, chiming guitar solo by Rotsey might be the finest 15 seconds of his career.

Short Memory sounds so massive that its recorded three minutes and 54 seconds seems almost counterintuitively brief (it stretched out more in concert). In short, clipped lines, eerily narrated by Garrett, it spans human history: those who forget the past are condemned to repeat it. The breakdown between Moginie, this time on piano and synthesiser, and Rotsey on guitar, is the most apocalyptic moment on 10–1.

Bob Dylan once observed that a band could tour for 15 years on a song like Beds Are Burning – which is, in effect, exactly what Midnight Oil did until Garrett left the band for a second career in politics. Beds Are Burning opened up a massive international audience that had to that point eluded the band. Ironically, it took a song about the chasm between Australia’s colonial settlers and First Nations people to strike such a universal chord. Recently covered by Patti Smith.

By the time Midnight Oil arrived in London to record 10–1 in 1982, the band was broke, exhausted, on its last chance, and Hirst was teetering on the edge of a nervous breakdown. His anxiety produced one of the Oils’ most awe-inspiring tracks – and he played out of his skin. Moginie and Rotsey are in frantic call and response, every part of the complex musical arrangement a hook.

Written entirely by Moginie after the band’s visit to the community in the WA desert and brought to the band fully formed, Warakurna was Diesel and Dust’s emotional peak, a stunningly empathetic reckoning with dispossession, violence and grief. But it’s also about endurance, survival and respect. Midnight Oil were no longer trying to hit you over the head – Warakurna was straight from the heart.

Author Donald Horne famously wrote that Australia was a lucky country, run by second-rate people who share its luck. Power and the Passion distilled this sentiment in its brilliant opening line: “People, wasting away in paradise.” The last line quoted Mexican revolutionary Emiliano Zapata: “It’s better to die on your feet to live on your knees.” Topped by Hirst’s bravura drum solo, it embodies everything that made this band great. 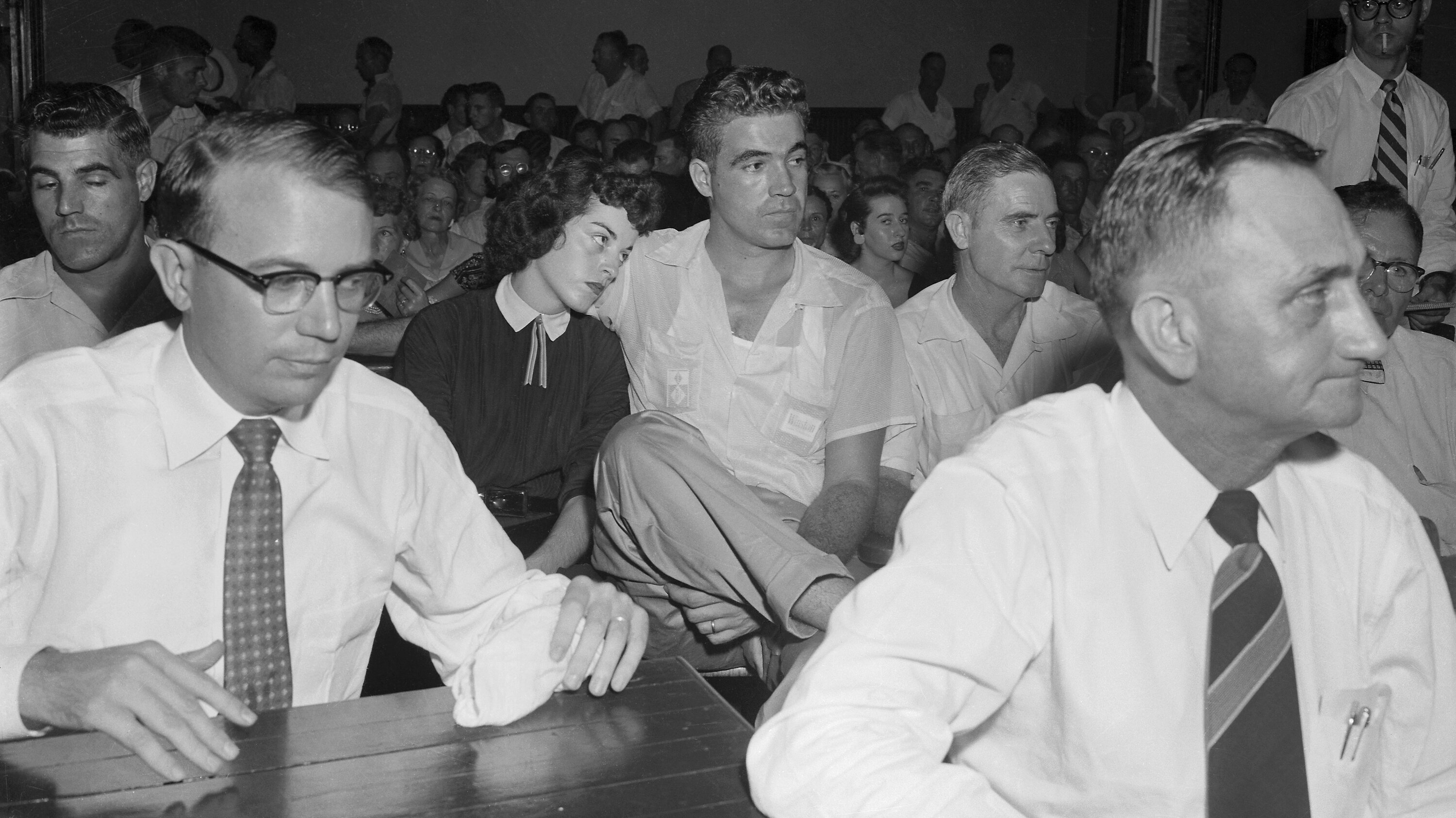 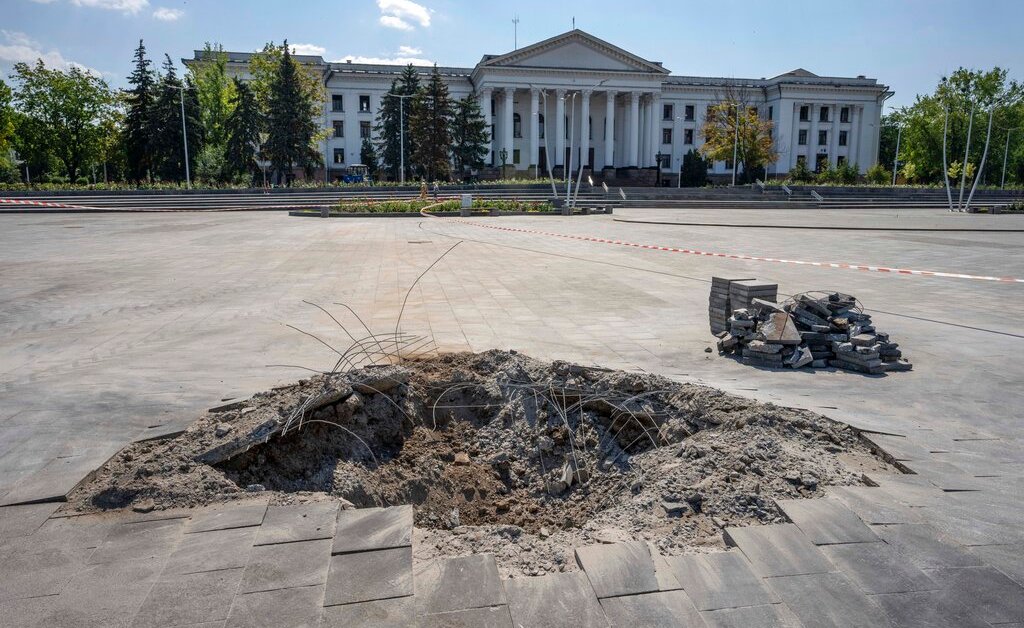