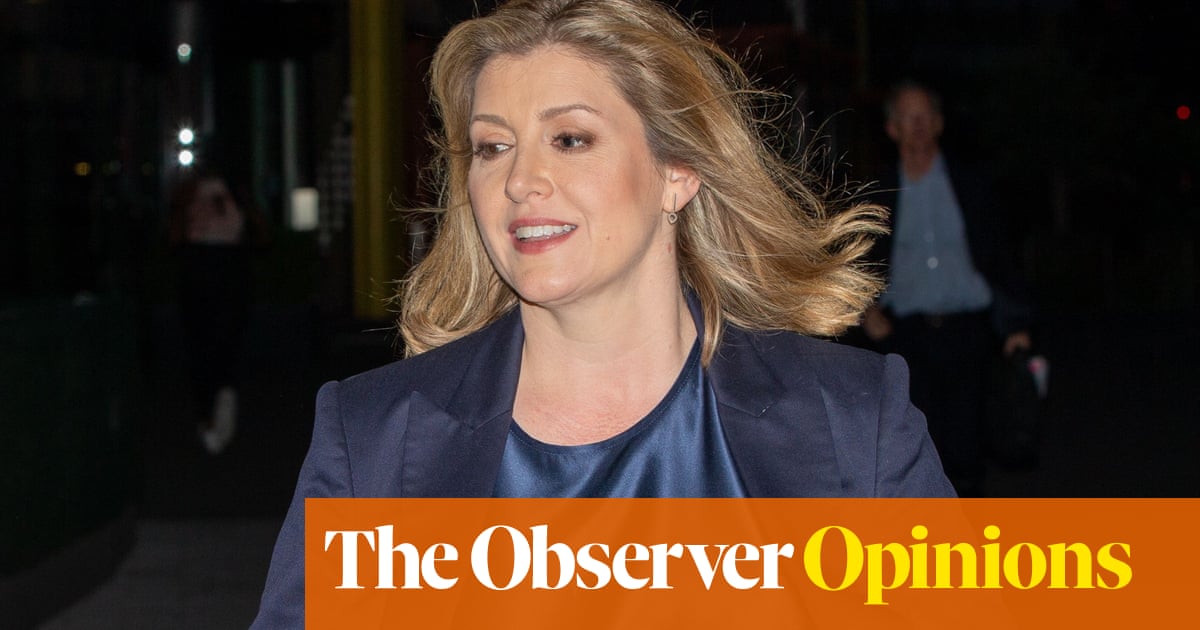 Penny Mordaunt first grabbed her colleagues’ attention by talking balls. On the day of a Queen’s speech, two backbenchers on the government side are invited to propose the loyal address. The main requirement is to be funny. When the role was given to Ms Mordaunt she more than met expectations by having MPs in stitches with a witty routine that drew on her experiences as a naval reservist. “I have benefited from some excellent training by the Royal Navy, but on one occasion I felt that it was not as bespoke as it might have been. Fascinating though it was, I felt that the lecture and practical demonstration on how to care for the penis and testicles in the field failed to appreciate that some of us attending had been issued with the incorrect kit.”

This is a theme of her career. She has admitted taking part in a debate on the welfare of poultry so that she could repeatedly say the word “cock” in parliament to satisfy a forfeit imposed by her navy comrades. Launching her bid to be the next leader of her party, she responded to a question about her views on gender identity by saying: “Margaret Thatcher said every prime minister needs a Willie. A woman like me doesn’t have one.”

A penchant for gags involving genitalia has rarely been a barrier to advancement in the Conservative party and so she is proving. The most unanticipated development in the race to be the next Tory leader is Ms Mordaunt’s leap from outsider to the bookies’ favourite to win. A senior figure on a rival campaign describes the rapidity of her ascent as “jaw-breaking”. Even supporters have been taken aback by “the march of Mordaunt”, as they have started calling it.

No one predicted that she would be runner-up in the first ballot of Tory MPs and then improve her vote by more than any other contender in the second. If she makes it into the run-off, which will be decided by Conservative members, the current polling has her winning. That would mean someone unknown to the vast majority of the country a week ago becoming Britain’s next prime minister.

She suggests she would be a unifier, which will appeal to Tories sickened by the extreme levels of nastiness exhibited in a contest that makes Game of Thrones look bloodless

One shrewd senior Tory puts her surge down to “the rejection of the establishments”. The “Treasury establishment”, otherwise known as Rishi Sunak, is unpopular with many Tories because he has put up taxes. The “Boris establishment”, which is largely falling in behind Liz Truss, is loathed by those Tory MPs who received no preferment from the Johnson regime and those who were repelled by its scandals.

That adds up to a large constituency yearning for an insurgent to snatch the crown. The revolt against the more established names has also helped Kemi Badenoch to use this contest to put her name in lights, but the biggest windfall of support has fallen into the lap of Ms Mordaunt. She caters to the Tory party’s liking for uniforms and plays to its unquenchable nostalgia for Margaret Thatcher. She’s spent a lot of time courting activists on the Conservative association rubber chicken circuit. She suggests she would be a unifier, which will appeal to Tories sickened by the extreme levels of nastiness exhibited in a contest that makes Game of Thrones look bloodless. Her promotional campaign video has been deservedly mocked as an almost parodic compilation of video cliches of things Conservatives love about Britain. Which probably means it is going down well with the party’s membership.

She represents a seat in Portsmouth. My mum grew up in the city and met my dad there when he was serving with the Royal Navy. Untypical of the affluent county in which the city sits, it is sometimes said that Portsmouth is a northern city in the south. Her backers see in her the potential to revive the coalition of voters who secured victory for the Tories at the last election. Evidence for this is far from conclusive, but there has been some work by pollsters that suggests key voter groups like the look of her more than they do her rivals.

Labour thinks it has a handle on Mr Sunak and Ms Truss. Ms Mordaunt hasn’t been thought about before by Sir Keir Starmer’s team. Some of them worry that a Conservative leader from a gritty city who was schooled at a comprehensive will be harder to depict as a typical Tory.

She loves attention. She was a contestant on Splash!, a celebrity diving competition on ITV. Footage of her attempting a daring back somersault only to bellyflop has gone viral since she launched her bid.

A willingness to endure excruciating embarrassment on reality TV is a commendation to those who think that modern politics demands a leader who is never camera-shy. It’s a cause for anxiety to those who think that three years of Boris Johnson is a warning to the Conservative party about any more experiments with politics as a branch of light entertainment.

While pitching herself as “a fresh start”, she conforms to the principal orthodoxies of rightwing Conservatism. An aggressive advocate of Brexit, during the referendum campaign she made the false claim that Britain could not prevent Turkey from joining the EU. She talks about a small state and low taxes while being as vague as her competitors about which areas of public spending she would cut on that journey to the blue nirvana. Less conventionally, she holds socially liberal positions that have some traditional Tories spluttering about wokery. She co-authored a book that denounced the 1970s BBC show It Ain’t Half Hot Mum for being “a full-house bingo card of… casual racism, homophobia, white privilege, colonialism, transphobia, bullying, misogyny and sexual harassment”.

Since she emerged as the members’ favourite, rival camps and their media allies have launched an onslaught in a frantic attempt to stall her momentum. One of her supporters says the central challenge of the next few days will be “getting past all the black propaganda”. She has been variously rubbished as a blank piece of paper, a flip-flopper and a useless minister. I have talked to a variety of people who have worked with her and their reviews of her competence and intellect are mixed. She did not especially sparkle in the televised leaders debate on Channel 4 on Friday night, but nor did she please her competitors by imploding under scrutiny. She confronted the accusation that she has been inconsistent on gender identity and said that she took it as a “big, fat compliment” that her rivals were desperate to stop her from getting into the final two. The attacks may rebound to her advantage. Tory MPs enjoy the spectacle of a vicious cage fight between wannabe leaders. Tory members tend to hate it.

Neither of her principal competitors can credibly criticise Ms Mordaunt for being contaminated by association with the Johnson premiership, because she wasn’t in his cabinet and they were. Both the former chancellor and the foreign secretary boast of their integrity while struggling when asked if they think the outgoing prime minister is an honest man. Ms Truss stuck with him to the shabby end and has chosen to have Johnson uber-loyalists as her cheerleaders. Mr Sunak gets squirmy when he’s asked why he didn’t quit the cabinet earlier as scandal after scandal cascaded out of Number 10. Ms Mordaunt didn’t resign either, but that’s hurting her less because she wasn’t in the top tier of government.

She isn’t presenting anything that sounds like a thought-through strategy to address the many problems pressing on Britain, but then neither are her competitors. Supporters contend she’s qualified for the top job because she was defence secretary under Theresa May. They don’t mention that it was for just 85 days. Mr Sunak’s outriders are saying that this is no time to put “an apprentice” into Number 10 while Ms Truss’s under-strappers snipe that Ms Mordaunt would be a prime minister who needs fitting with “stabilisers”. “We’re not handing out any old job,” says one of the many senior Tories who are incredulous that she’s doing so well. “We’re handing over the keys to the kingdom.”

In a less surreal contest, her lack of top-flight experience would be a huge handicap. In this one, a lot of Tories are clearly choosing to treat being an unknown quantity as a virtue and a record in a great office of state as a liability. “Why is she doing so well?” says one of Mr Sunak’s backers. “Because she’s not Rishi and she’s not Truss.” Such is the desperate and disorientated condition of the Tory party that could be enough. 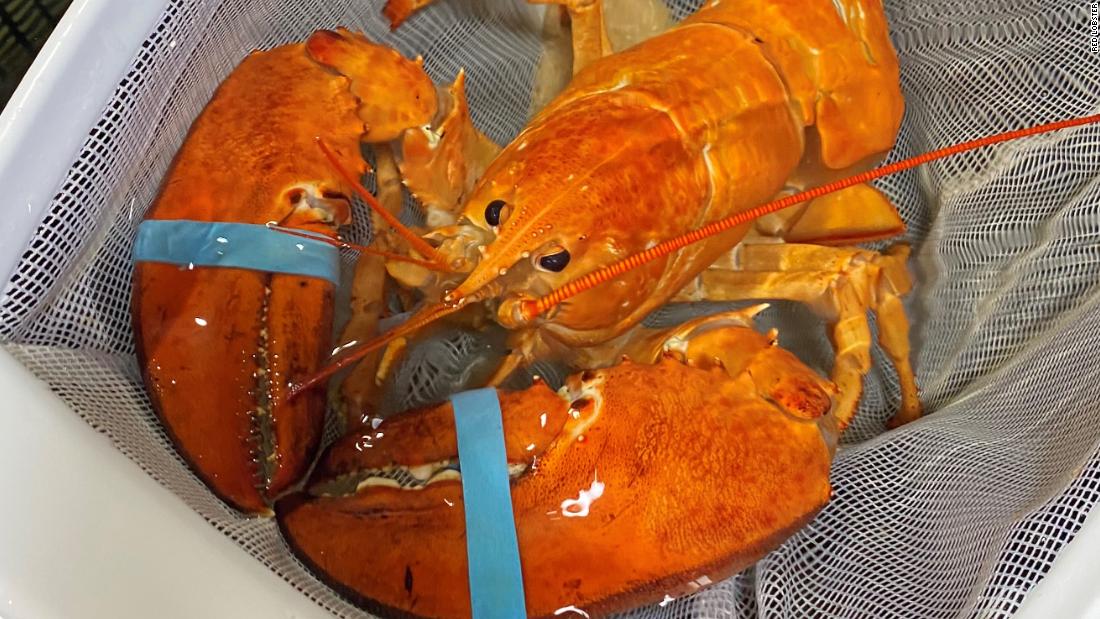