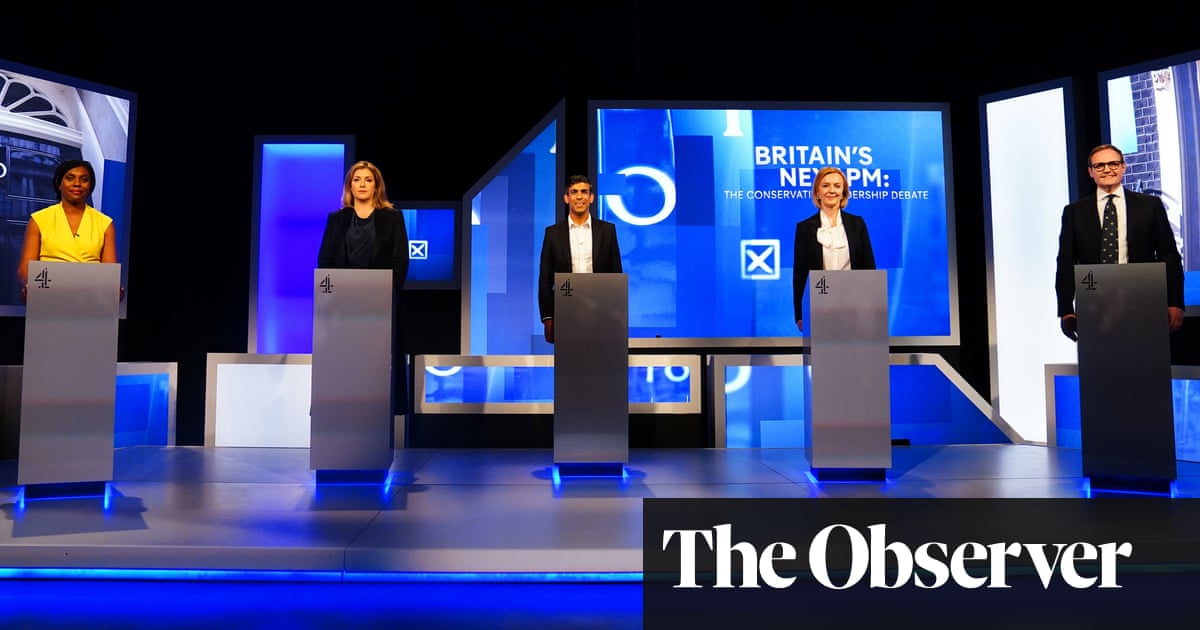 It is an unedifying way to choose a prime minister: five candidates left in the race, vying to make it to the shortlist of two that will be put to the tiny, unrepresentative slice of the electorate who are Conservative party members. Yet this is exactly how Boris Johnson’s successor will be selected, as a result of Conservative party rules that put the ultimate decision about who leads their party in the hands of its members.

Any contest to be the next prime minister of this country should be focused on the big challenges Britain faces now and in the coming decades. Most immediately, there is the significant spike in people’s cost of living, devastating for so many families on low to modest incomes. But in the longer term, there are structural economic and societal issues that have gone unaddressed while Conservative politicians have obsessed about delivering a hard Brexit to the detriment of the UK. There is Britain’s low productivity growth, its internationally-high levels of regional inequality and an economy dominated by low-paid jobs that offer few opportunities for progression. The dysfunctional housing market, which means that growing numbers of people will hit retirement having rented their whole lives, and which suppresses the life chances of young people who cannot afford to move to areas where there are opportunities. The fact that we have profound health and educational inequalities that hold back young people from realising their potential, with a 20-year gap in life expectancy for people who live in different parts of the country. The lack of planning for an ageing society: we spend too little on healthcare compared with other similar countries, and politicians have completely neglected the issue of how we care for the growing number of people who will experience physical and mental decline in old age. And the desperate need for urgent international action on the climate crisis.

The Conservative leadership contest could not feel further removed from these big questions. The top two candidates will eventually compete for the votes of this minuscule proportion of the electorate – likely to number fewer than 200,000 people – thus candidates have little incentive to focus on the issues that matter to the country more broadly. The result is an insular conversation that has focused on the policies they believe will land well with party members, who are overwhelmingly middle class, male, white and aged over 50. The leading candidates are engaged in an arms race over tax cuts that the country cannot afford, that will provide little relief to the families most affected by the cost of living crisis and that make a mockery of the central plank of the 2019 manifesto to level up the least affluent areas of the country with the south-east. The debate has become dominated by identity issues that are crowding out other important subjects as the candidates use them opportunistically to curry favour with party members. None has put forward anything like the thoughtful platform for governing the country that voters have the right to expect. In the first televised debate last Friday, not one articulated a coherent vision for their proposed premiership; their answers were instead filled with vague platitudes, although Rishi Sunak’s assurance and his telling criticism of the reckless pledges of his opponents set him apart.

None of these individuals is fit to govern the country. They reflect the decline of the Tory party under Johnson

It is a depressing lineup that reflects the sorry state of the modern Conservative party. The frontrunners include the former chancellor Sunak, who showed terrible judgment throughout much of the pandemic, pushing for delays to lockdowns despite steep economic and health costs, and who had to be forced into embarrassing U-turns on child hunger in the school holidays by the footballer Marcus Rashford. The foreign secretary and former lord chancellor, Liz Truss, refused to defend senior judges from vitriolic attacks by sections of the press who labelled them “enemies of the people”. Penny Mordaunt, minister of state for international trade, wrongly claimed during the EU referendum campaign that the UK could not veto Turkey joining the EU, and that remaining in the EU would lead to a million people settling in the UK from Turkey.

The racial and gender diversity of the candidates has been impressive, and puts the Labour party – still to elect its first female leader – to shame. But that cannot be allowed to obscure the fact that none of these individuals is fit to govern the country. They reflect the accelerated decline of the Tory party under Johnson, a prime minister who pursued an ideological hard Brexit to keep his party together regardless of its costs for ordinary people, who purged the more moderate members of his government and his parliamentary party, and who utterly lacked the integrity and probity required for high office. The party has become a hollow shell, filled with parliamentarians who backed Johnson because they prioritised what they believed to be their own electoral interest above the interests of the country.

This squalid and parochial leadership contest offers no choice to citizens who have been so fundamentally let down by Johnson, one of the worst prime ministers Britain has ever seen. It is an insult that Conservatives appear to believe it acceptable to impose a new prime minister on the country. Whoever the party picks has no democratic mandate for their platform and policies. The prime minister we elected in 2019 has resigned in disgrace, having lost the confidence not just of the country but his party. Once Conservatives have their next leader, they must be put before the country in a general election. 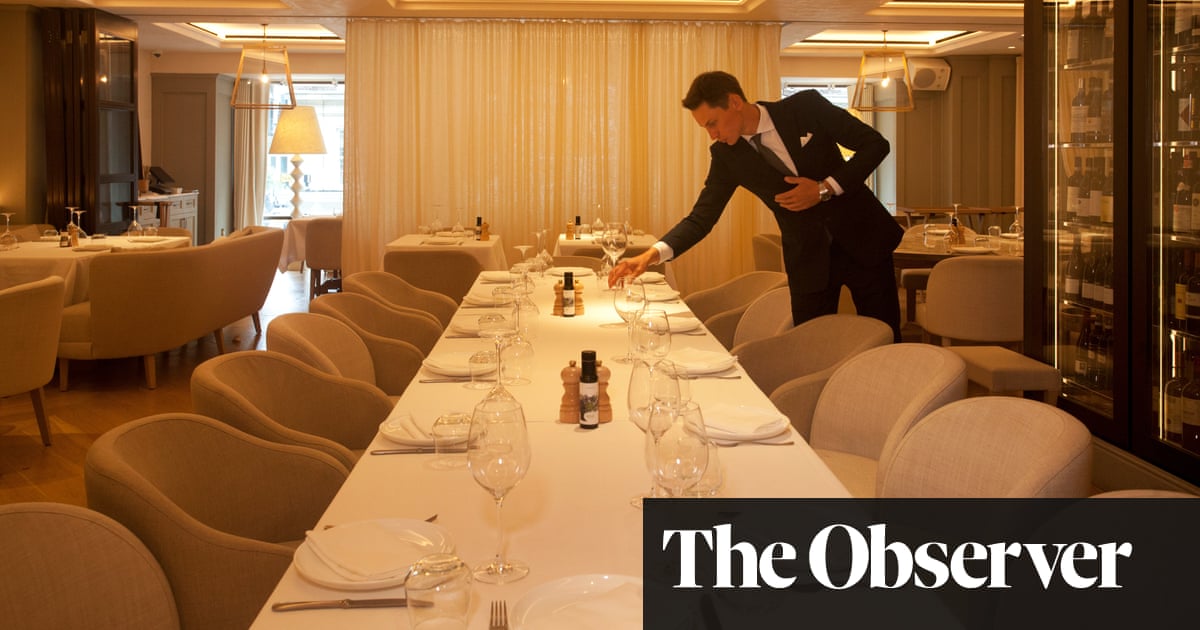 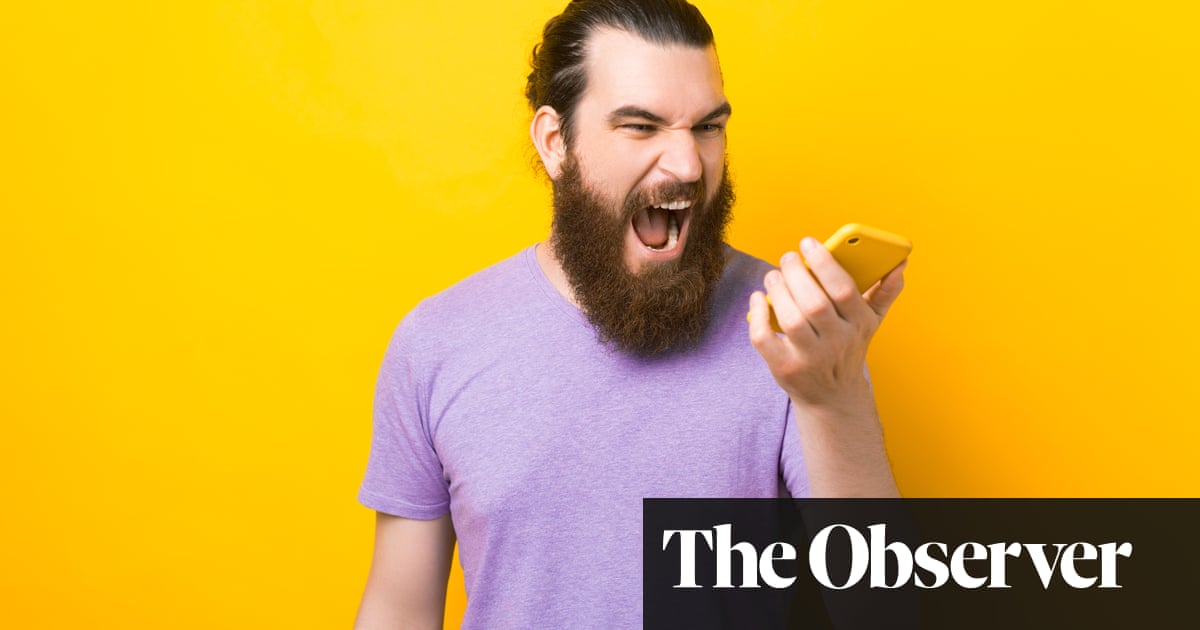