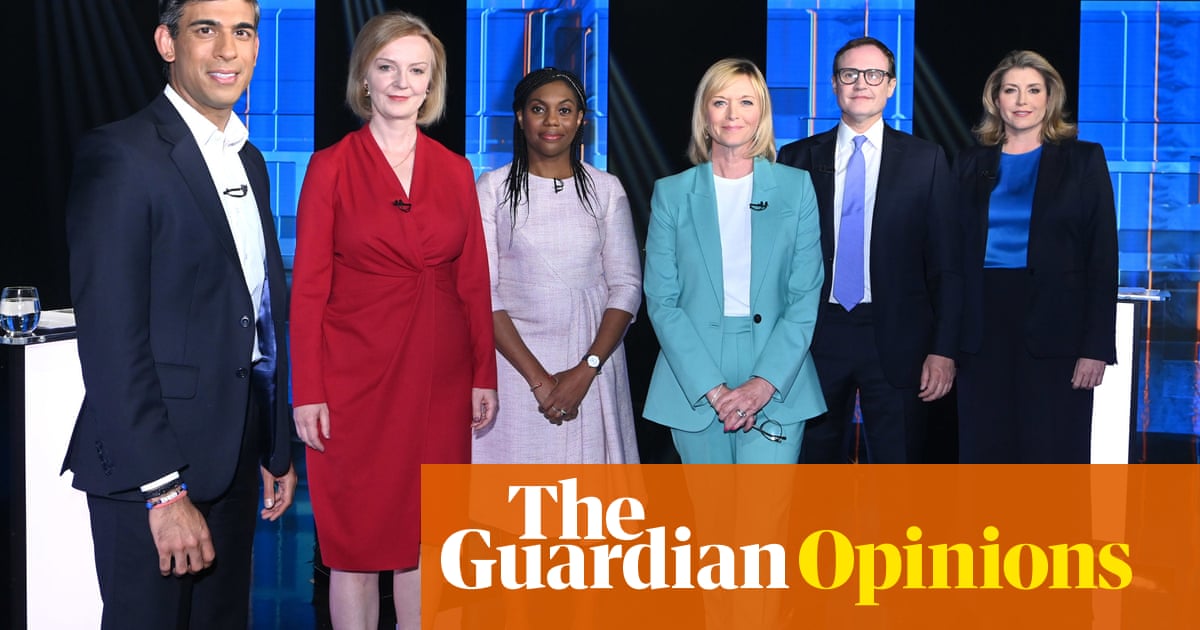 Is that it? Is what we saw on ITV’s Sunday night debate really all that the “world’s most successful party” can stump up, in these dying days of its 12-year run in power? Not a whisper of a new idea from any of them, no fresh air.

Yes, hurrah for the most diverse applicants ever, with only one token pale male, but you would have to search in vain for diverse views. Here is only the narcissism of infinitesimally small differences in style, all for tax cuts varying marginally, but not in their state-shrinking intent. That leaves only “character” to fight over: there was the vaunting and boasting of their many qualities, but humility was not among them.

None would put Boris Johnson into their cabinet, they said. This is the man they elevated and served under, whose every bad act they obediently voted for, with rebellions far too late: Kemi Badenoch jumped just after Rishi Sunak’s belated leap. Only Tom Tugendhat could shake off the disgrace, as the one clean skin.

But if Tugendhat is the last remnant of “one-nation” Toryism in what is now effectively the Brexit party, he too is a tax cutter and state shrinker (with cakeist high defence spending). He too is all for sending asylum seekers to Rwanda.

On show was a veneer of collegiate affability, barely disguising the vitriol hurled by their campaigns in the most toxic prime ministerial contest ever. A Johnsonite blasts Rishi Sunak as “rat” and “sly assassin”. Penny Mordaunt takes even heavier incoming fire over incompetence from David Frost, the incompetent who signed the EU treaty only to renege on it. Mainly she’s under fire from Kemi Bandenoch’s anti-woke ferocity over trans issues, a subject that is a planet away from election-winning turf. But “wokeism” is where many in this deranged party choose to fight. Labour has often been riven by splits, but never reaching this public toxicity. Its schisms are over profound differences in political direction, but this poison springs from a lack of substance: all personal vendettas, ambition and malice with scant serious content. Tugendhat wins Mr Nice Guy, but that may not get him far in the nasty party.

Missing from the debate was much connection with what’s happening out here. The temperature in much of Britain is boiling up to an unprecedented “red warning”, as wildfires burn around Europe, yet you would search in vain for any burning sense of alarm among any of these. No one gives it priority in their statements.

For the cost of living crisis, which tops all voters’ concerns, all candidates proffer tax cuts as the answer, though Sunak would delay them. None reveal that most of what’s saved from income tax cuts goes to the better off, the Institute for Public Policy Research finds, and virtually none to low earners – but that’s the nature of their shared Conservativism. Tepid talk of growth, opportunity and aspiration from them all comes with vacant maps. Nothing to make levelling up real. Do they have any plans, or are they just unmentionable?

Only Tugendhat kept reminding the other candidates that the real opponent they face in a real election is Keir Starmer, claiming he alone, as an indefinably more moderate voice, can take the fight to Labour. But none seem to be even in the battlefield where general elections are won. All fail to face up to the state that their party has led the country. They seem oblivious to things falling apart.

Ambulances struggle to reach people having heart attacks and stroke victims, hospitals overflow, court cases are booked up three years ahead, social care collapses, and children go hungry. The candidates all champion “change” but from what to what? We are none the wiser.

At the end of the debate, all of them vowed not to hold an early general election. Don’t believe them. The chances are each of them would seize any hope of a new leader bounce at the ballot box, as things can only get worse over the next two years.

Who would frighten Labour most? None unduly, each with different vulnerabilities, all with the same unanswered questions about future public sector cuts. Smug Sunak is weighed down by economic calamity, Truss is unspeakable, Mordaunt implausible, Tugendhat uninspiring, Badenoch off the scale on the right. Bring it on, Labour was chortling afterwards. 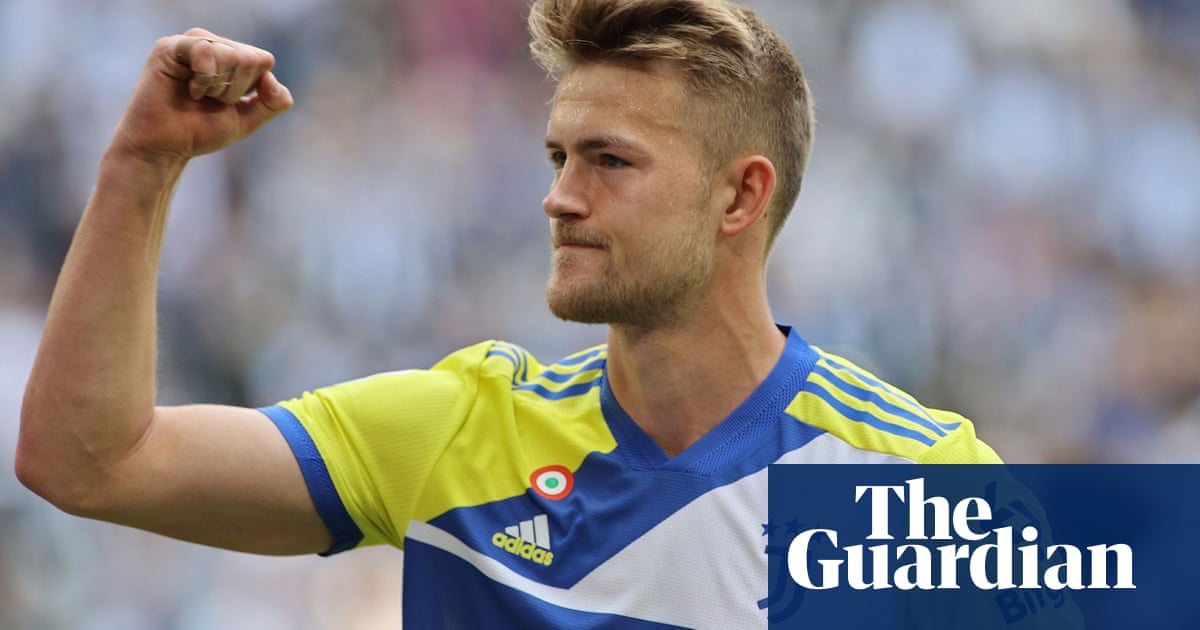 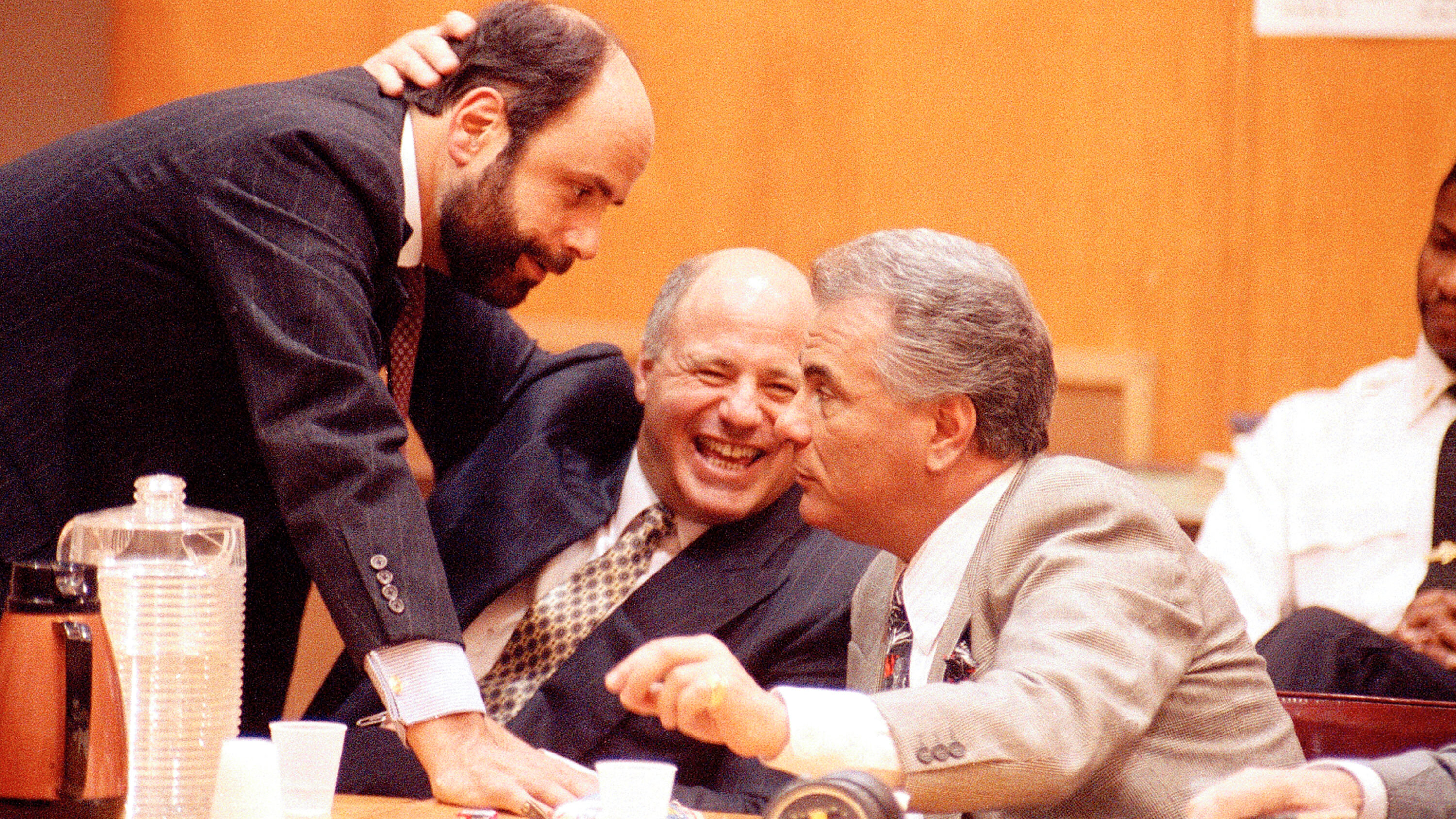