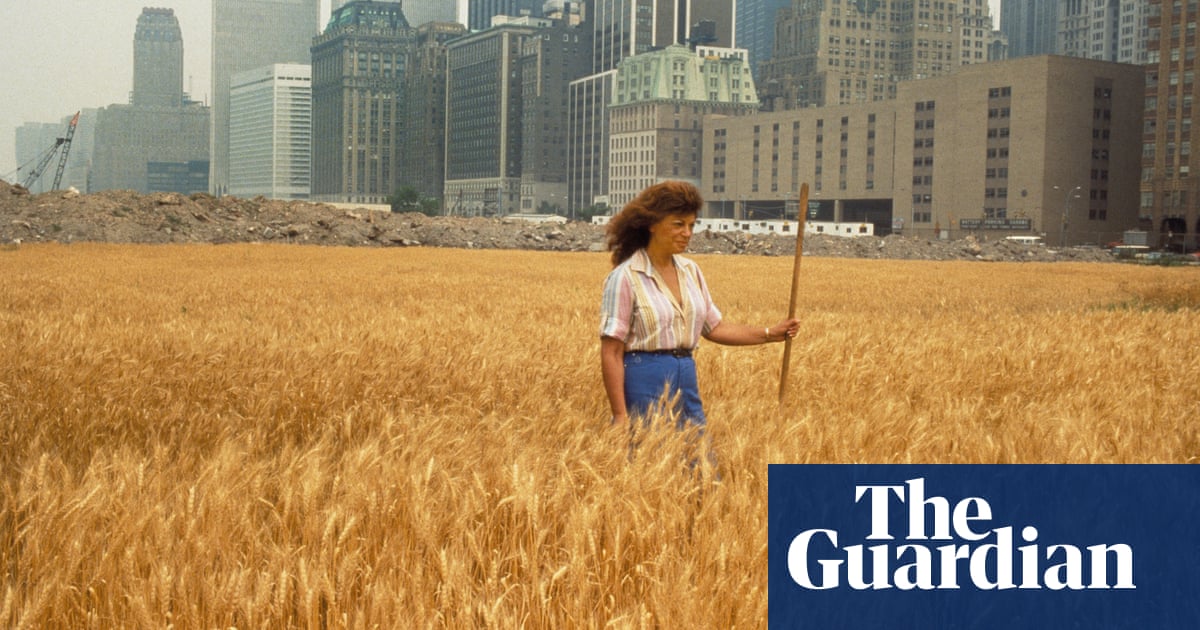 Forty years ago, in the summer of 1982, Agnes Denes was two months into tending to her two-acre wheatfield, which she had grown in one of the busiest, most urban, and most expensive corners of the world: Battery Park landfill in Manhattan. Even back then, the trash-filled ground that lay underneath the field was valued at $4.5bn.

An act of protest to highlight the paradoxes between the urban and rural worlds, her work, Wheatfield – A Confrontation, was an ambitious four-month project that saw the area transform from urban desolation to waist-high golden wheat. Something that would have seemed unimaginable back then – and even so more today.

Although impermanent, the work is still imprinted in the memory of those who witnessed it. “Kansas had landed in Manhattan!” wrote New York Times critic Holland Cotter. “It felt like a farm … like smelling the outdoors,” said curator Joyce Pomeroy Schwartz.

The photographs that remain are remarkable. In one, we see the artist tending to her wheat, dressed in a striped shirt with high-waisted blue jeans, starkly contrasting to the grey, stocky skyscrapers of Wall Street in the background. In another, we see the Statue of Liberty looming in the distance. From a different angle, we see that the glittering landscape is set in the shadow of the twin towers.

Wheatfield didn’t just challenge the two- and-three-dimensional art objects in nearby museums (historically, women have sought to find alternative spaces to traditional institutions due to gender disparity). It also confronted the state of economic, political and social society. “My decision to plant a wheatfield in Manhattan,” Denes said, “instead of designing just another public sculpture, grew out of the longstanding concern and need to call attention to our misplaced priorities and deteriorating human values.

“Manhattan is the richest, most professional, most congested and, without a doubt, most fascinating island in the world. To attempt to plant, sustain and harvest two acres of wheat here, wasting valuable real estate and obstructing the ‘machinery’ by going against the system, was an effrontery that made it the powerful paradox I had sought for the calling to account.”

By situating the wheatfield between the pillars of capitalism and patriarchy, a stone’s throw from Wall Street, the work called into question some of the most striking social, economic and ecological concerns. It represented, the artist said, “food, energy, commerce, world trade, economics” and referred to “mismanagement, waste, world hunger”.

If this represented the state of society in 1982 – when it was possible for a two-acre wheatfield to be planted in Manhattan, financially aided by New York’s Public Art Fund – what do the images tell us about the world 40 years on? Most glaringly obvious, the image of the twin towers – the archetype of capitalism – is now, hauntingly, a symbol of the lives lost and subsequent wars after the 9/11 attacks.

The fact that it would now be impossible for a wheatfield on this scale to be installed in most cities around the world – especially New York, where land is even more expensive – shows not just the rising density of real estate, the cost-of-living crisis and the further divide between the one per cent and the rest of the world, but the mismanagement of land and the greed of capitalism.

Because the setting aside of land which will ecologically benefit the planet has been a low priority, we are now feeling the effects . By the end of this week, temperatures will rise to a sweltering 45C in France and Spain, and wildfires are intensifying in Portugal as firefighters continue to battle with the raging blazes, destroying vegetation and causing droughts.

After the four months of Denes’s Wheatfield was up, the wheat was harvested and distributed across 28 cities around the world for an exhibition called The International Art Show for the End of World Hunger. Of course, it didn’t end world hunger, but it was about taking action, one step at a time. “My work was aimed to deal with one little problem at a time,” Denes said, “and to find benign solutions. I don’t make my work for myself; I make it for humanity.” 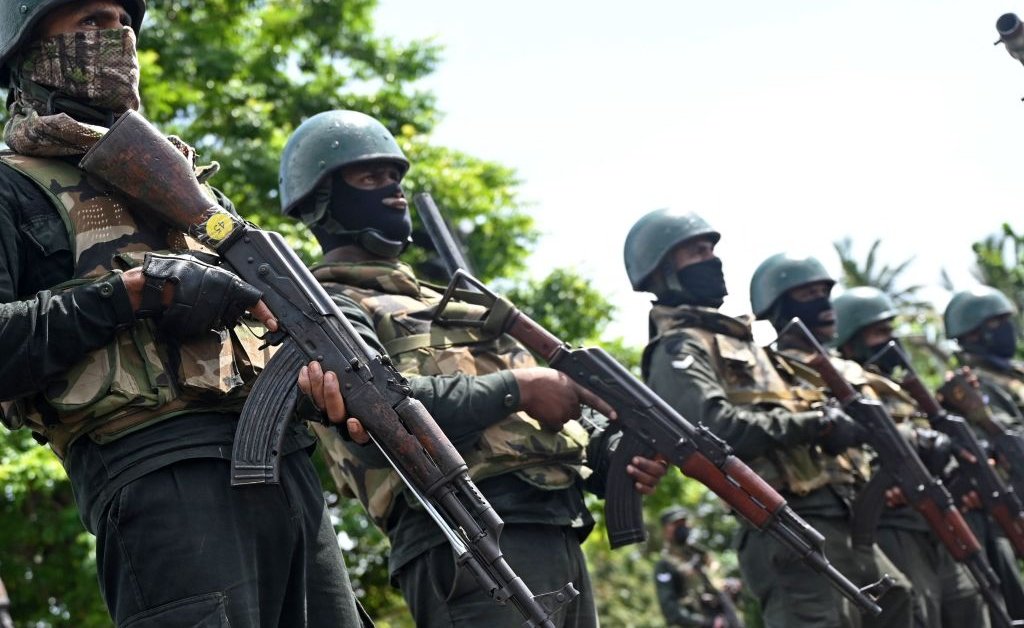 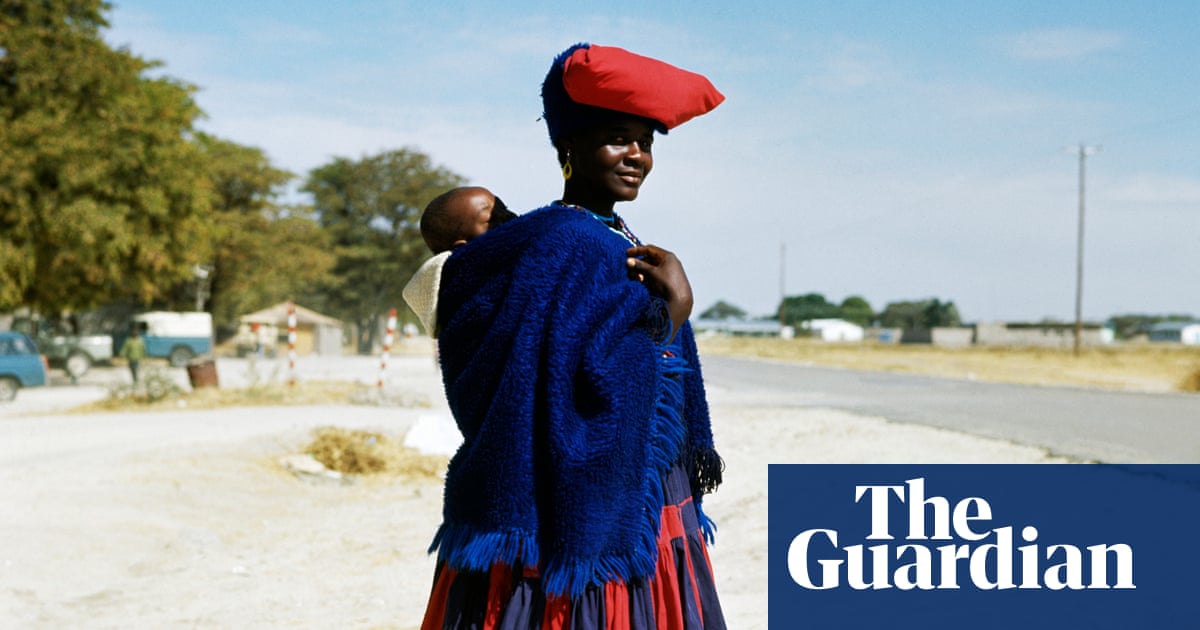