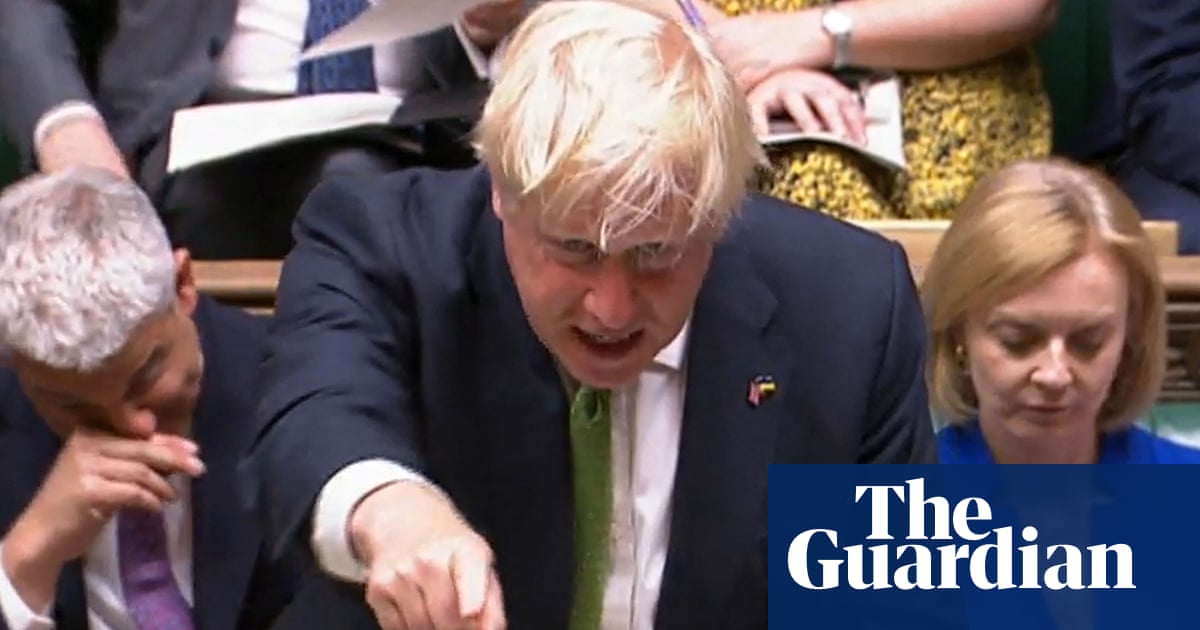 Boris Johnson has defended his three years in power as he faced a no-confidence vote in his government, alluding to a “deep state” plot to drag the UK back into the EU when he leaves office.

The prime minister’s pugnacious argument in the House of Commons on Monday evening opened the debate on a vote of no-confidence that his government is expected to win. In a highly unusual move, No 10 called the vote of confidence in itself after it rejected a Labour motion that singled out Johnson.

Standing beside Liz Truss a day after she and other Tory leadership contenders had failed to say whether they would have him in in their cabinet, Johnson raised eyebrows by claiming that Keir Starmer and what he described as “the deep state” – a term favoured by conspiracy theorists – intended to take the UK back into the EU.

However, Starmer was able to capitalise on the government’s recent turmoil, telling the Commons: “Now is not the time for Downing Street to be occupied by a vengeful squatter, mired in scandal.”

Amid pressure from many in the Conservative’s own ranks for Johnson to leave Downing Street as soon as possible, the Labour leader said the Tory leadership race was taking place against the backdrop of “eight weeks in which the British public must trust the word of a prime minister who has been sacked because he can’t be trusted”.

Turning Johnson’s own claims on him that Tory MPs had ousted him because they were “following the herd”, Starmer said he “has not been felled by an eccentric herd. Instead he has been forced out in disgrace.”

Labour had originally said it would seek to hold a confidence vote after Johnson announced he was staying on as prime minister until the autumn and a new Conservative leader was in place.

However, the government refused to accept the wording of the Labour motion, which expressed no confidence in the government and the prime minister, so ministers tabled a motion of their own.

Opening the debate, Johnson hailed his 2019 general election success and celebrated his Brexit record, telling MPs: “We got Brexit done and though the rejoiners and the revengers were left plotting and planning and biding their time – and I’ll have more to say about the events of the last few weeks and months in due course – we delivered on every single one of our promises.”

He turned to the Covid-19 pandemic, claiming: “A pandemic that was global, whose origins we do not fully understand but were nothing to do with the British people, and if anything the result of distant misbehaviour involving bats or pangolins, and whose spread was appallingly difficult to manage, and this government never gave up through wave after wave.”

There was also vocal support from Johnson from some of his own backbenchers, including the ultra-loyalist Michael Fabricant, who intervened during the prime minister’ speech to tell him: “I personally think that our party is making the same mistake that the Labour party made when they knifed Tony Blair.

There was also a brief rerun of the 2019 election campaign, when the former Labour leader Jeremy Corbyn stood up to to accuse him of leaving a legacy of “poverty, inequality and insecurity”. Johnson said he was “thrilled” to be debating once again with Corbyn.

One of the most cutting remarks came from the Welsh Labour MP Kevin Brennan, who said it was unconventional for the government to be tabling its own vote of no confidence and for Johnson to speak at it. He added: “Only an unconventional man would like to speak at his own funeral.” 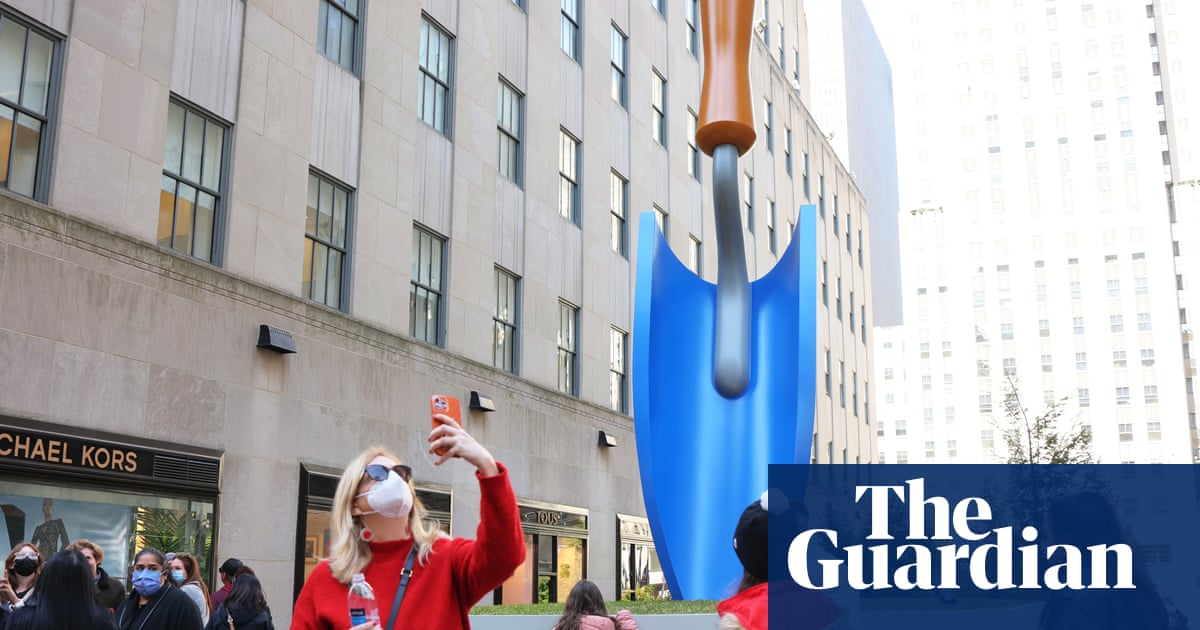 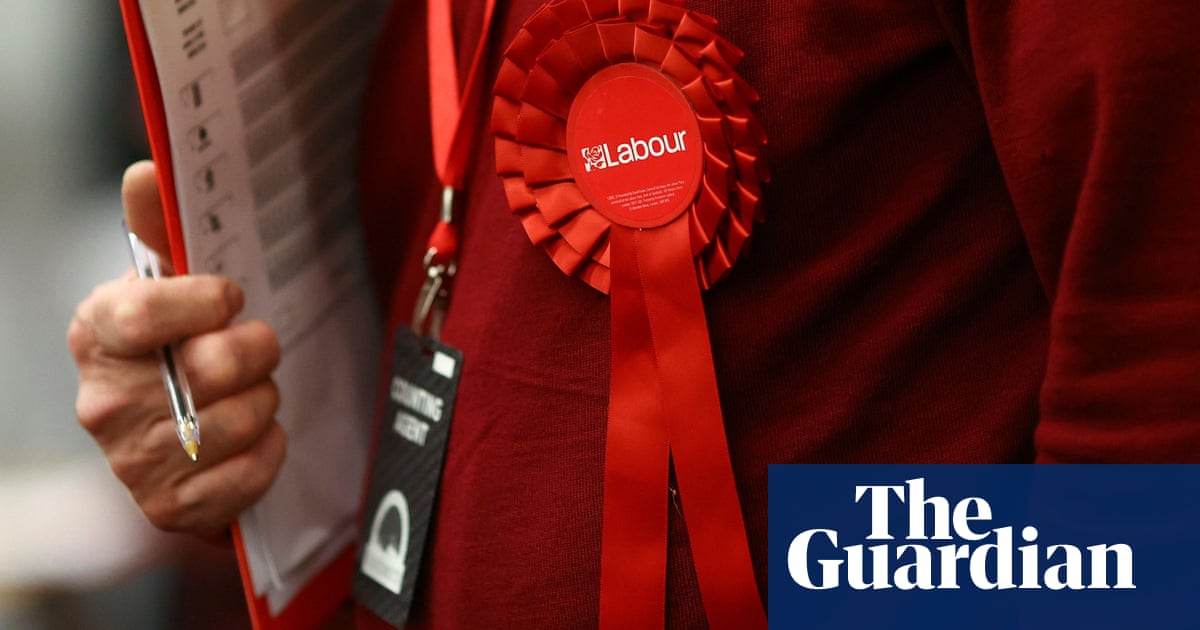