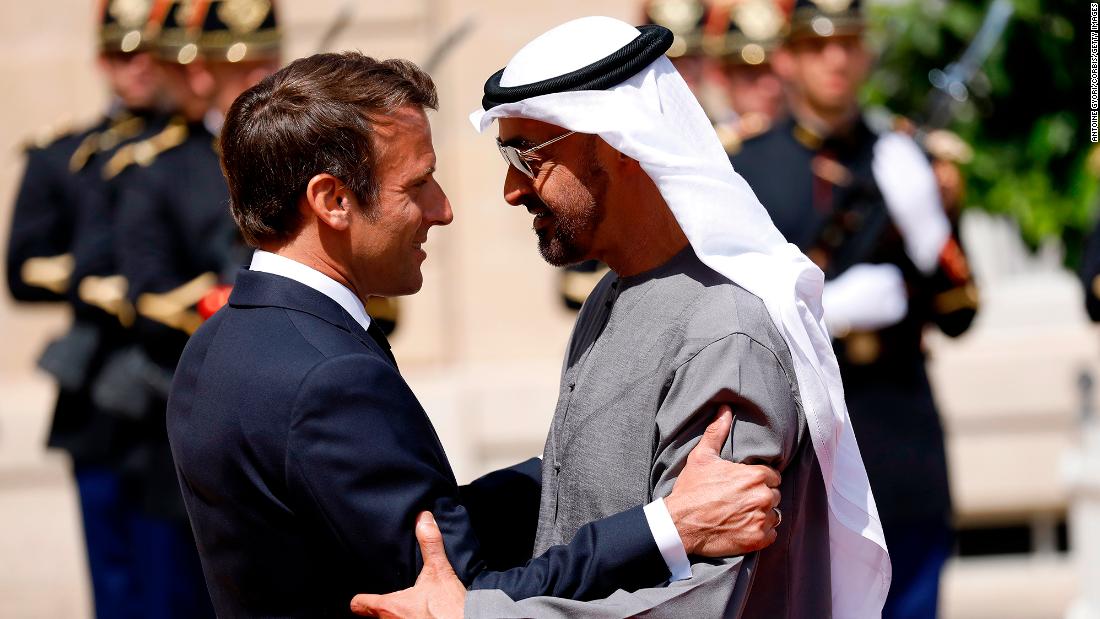 France is in the midst of an energy crisis: Russia continues to cut off supply to Europe while historic heatwaves are causing a spike in demand for gas to cool homes.

A cold winter lies ahead if prices continue to rise. But some help, temporary at least, may have just touched down in Paris.

The president of the United Arab Emirates, Sheikh Mohammed bin Zayed al-Nahyan, landed in the French capital Monday to discuss the “future of energy” between the two nations with President Emmanuel Macron. It’s the first visit by a UAE leader to France since 1991, according to the Elysee, and is Sheikh Mohammed’s first trip to a western nation since taking office as President, underlying the strength of relations between the two countries.

“I think it [the visit] is a sign of appreciation towards France that’s perceived in the UAE as a reliable partner in the region,” Anne Gadel, a Gulf expert at the MENA Observatory of Jean Jaurès Foundation told CNN’s Becky Anderson Monday.

Top of the agenda for Paris and Abu Dhabi is an agreement signed Monday guaranteeing the supply of diesel from the UAE to France, according to an Elysee Palace source. Macron and Sheikh Mohammed are also looking to set up a fund for climate-related projects, as well investment opportunities in other energy sources, including hydrogen, nuclear and renewables, the same source told journalists on July 15.

“The agenda of the visit is going to be dominated by energy issues. The key concerns in France are the economic consequences of the war on Ukraine,” Anna Gardel, a Gulf analyst at the MENA Observatory of Jean Jaurès Foundation, told CNN’s Becky Anderson Monday.

“I don’t expect anything regarding a boost to production, primarily due to the fact that the UAE are close to reaching their production capacities and are really tied to the OPEC+ format,” Gadel added.

Sheikh Mohammed’s visit comes after US President Joe Biden’s trip to Saudi Arabia, as Western powers hope Riyadh and the UAE will increase oil output to bring down soaring energy prices stemming from Russian invasion of Ukraine. Concerns over Europe’s energy supply have heightened further this week amid fears Russia will keep the taps turned off on the Nord Stream 1 pipeline — a crucial artery linking Russia’s gas to the bloc.

“This visit could also be a message sent to the US, which is the traditional ally to the UAE in the region in a context where the US is withdrawing from the region; it’s not perceived as a reliable ally anymore. Elysee has a lot to take advantage of on this visit,” said Gadel.

UAE and France’s foreign policies have aligned on precarious security matters, mainly Libya and Lebanon. And just last year France granted its largest-ever overseas sale of the Rafale warplane to the UAE — right before the Gulf Arab nation put an agreement with the US for F35 jet fighters on hold.

Those ties were most recently on display after France’s largest-ever overseas sale of the Rafale warplane to the UAE in a deal worth $19 billion at the time — right before the Gulf Arab nation put an agreement with the US for F35 jet fighters on hold.

“The UAE and France will explore further areas of cooperation such as sustainability and the future of energy, which is central to the President’s vision for the country,” UAE Presidential Adviser Anwar Gargash said during a briefing on the weekend.

Gargash also said the UAE is directing its oil supplies away from the far east and toward Europe, adding that the Gulf state is investing in “greater energy capacity” to meet global demand in the wake of Russia’s invasion of Ukraine. He added the caveat that any decisions on energy are “part of a big group” — referring to OPEC and its allies — and that the UAE will abide by that groups decisions.

The UAE Ambassador to France Hend Al Otaiba said in a statement that the UAE’s friendship with France, which is built on decades of deep political and economic partnerships, continues to provide “a lasting sense of optimism for the future.”

“The choice of France as the President’s first official visit is “a conscious one” Gargash said, marking the “strong” and “historic” relations between the two nations. 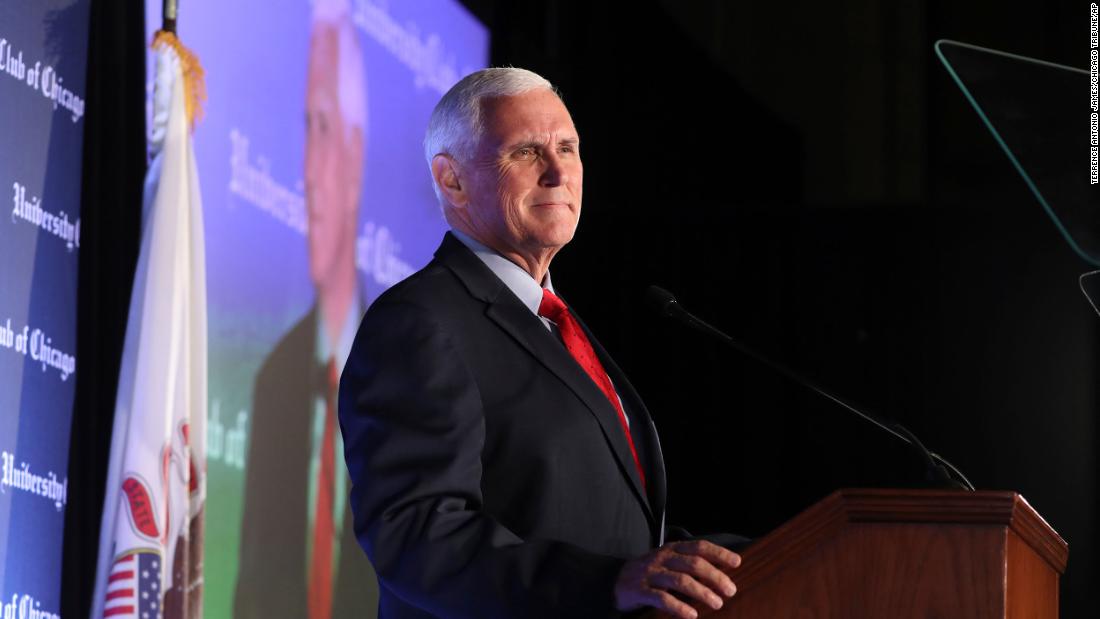 Previous post Pence is going right after Trump in Arizona 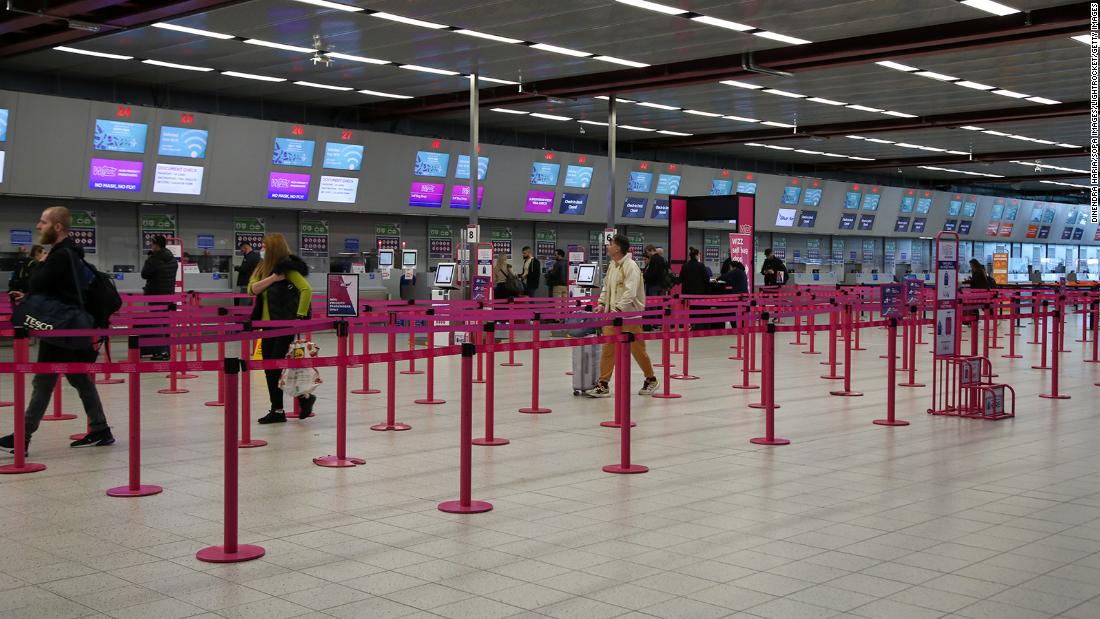