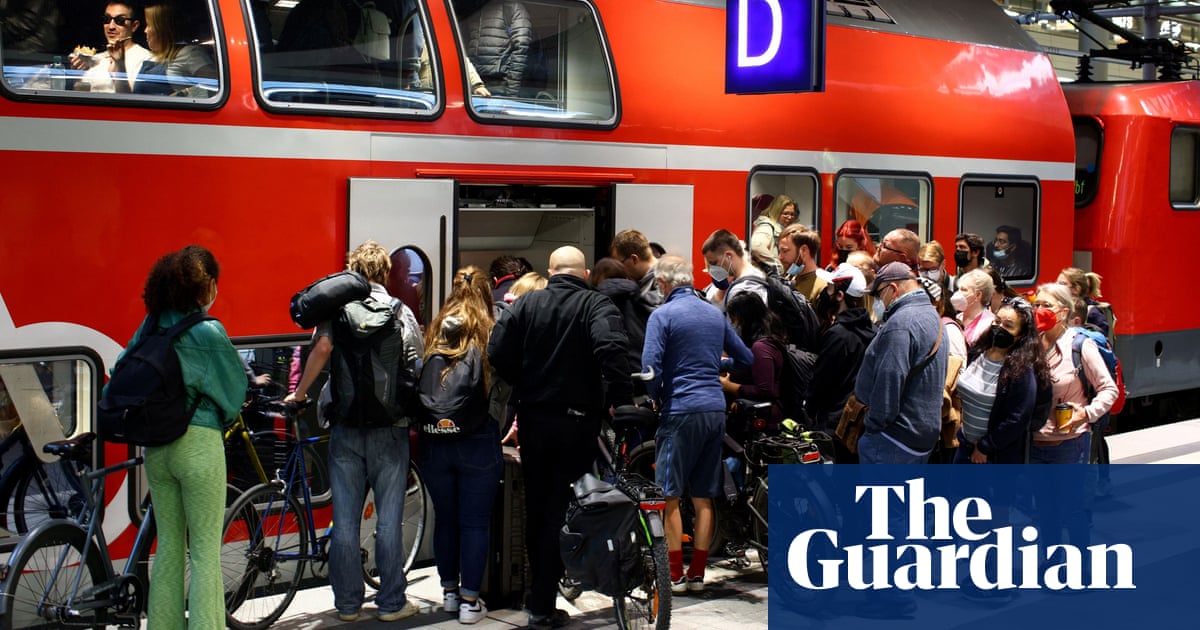 The German government is under pressure to extend the heavily subsidised monthly public transport pass it launched in June.

The “€9-ticket” project, which grants everyone living in or visiting Germany unlimited travel across the country on regional transport at a cost of just €9 (£7.60) a month, is due to expire at the end of August. It has two aims: to lure people out of their cars and help ease the cost of living crisis.

In June alone about 31 million people bought the pass, which can be used on regional trains, buses, trams and underground rail networks. Rail lobbyists and environmentalists have hailed it as a huge success and there is widespread agreement that it has triggered a welcome buzz around public transport – seizing a valuable opportunity at a time when people have been keen to make up for two summers lost to the Covid pandemic.

Public transport and pressure groups say now is the time for the government to grasp the moment and extend the pass.

Oliver Wolff, the managing director of the Association of German Transport Companies (VDV), said the ticket’s popularity and the joint success of politics and the transport industry “increases the pressure as to what to do once the scheme has finished”. Last week his organisation proposed a €69-a-month pass, which by its calculations would be financially sustainable. One proposal is to rename it the “climate ticket”.

Anecdotally at least, Germans have used the pass to travel to parties and weddings that were postponed during the pandemic, as well as to lakeside resorts and the popular coasts and islands of the North and Baltic seas.

Austria introduced a heavily discounted ‘Klimaticket’ or ‘climate ticket’, valid on all modes of public transport and costing €1,095 a year or €3 a day in October 2021, valid on all trams, buses and trains and spearheaded by Austria’s Green party. Take up has reportedly been huge.

In May this year Ireland‘s government cut public transport fares by 20% until the end of the year, possibly beyond, in an effort to attract people out of their cars, and to help with rising living costs. Young adults in possession of a Leap card can enjoy reductions of 50%. The scheme has led to a reduction in car usage.

From 1 September to the end of the year, short and medium distance train journeys in Spain will be free of charge, Prime Minister Pedro Sánchez announced this week. The offer is only available to holders of multi-trip tickets, not singles, in an effort to persuade people to make a longer-term commitment to switching from cars to public transport.

Luxembourg became the first country in the world to make public transport free throughout the country in March 2020, covering all modes of transport, and applying to all users, whether permanent residents, tourists or cross-border commuters.

Use of the pass is being heavily analysed on a daily basis. Financial experts say it has even helped contribute to a light reduction in the inflation rate, though they admit its impact is not enough to help those on lower incomes, as energy and grocery bills have continued to soar.

Gerd Landsberg, the head of the German Association of Towns and Municipalities, said while the low cost had arguably been the scheme’s biggest attraction, its simplicity had also gone down well. “As a consequence we need the perspective in future of having a national, affordable ticket which works everywhere,” he said.

However, his organisation also warned of the urgent need to invest in the network – including in personnel – that will come under increasing financial pressure as energy costs rise. Failure to do so may mean the €9 scheme becomes something that is looked back on with nostalgia, as having been a “last hurrah” for public transport, his organisation said.

According to weekly surveys of 6,000 public transport users by the national rail carrier Deutsche Bahn and the VDV, one in five users have taken the opportunity to switch to public transport for the first time. Other data shows that people have been encouraged to undertake journeys they would not otherwise have done. Travel writers in particular have seized on this aspect of the scheme.

In the first week alone, train journeys between 100km (62 miles) and 300km in length increased by almost half from pre-pandemic levels, and journeys between 30km to 100km by almost 60%. The national office of statistics has said overall use of the rail network is about 42% up on the last comparable pre-pandemic June of 2019. At weekends rail use has risen by as much as 83%.

Meanwhile analysis by the satellite navigator provider TomTom found there had been a reduction in car congestion in 23 of 26 German cities it studied.

Of the 31 million people to take up the ticket offer in June, about 10 million already had a regional transport network subscription. Those users will get refunds from local operators to bring their monthly cost down to €9.

The uptake in July looks to have been similarly high so far.

Volker Wissing, the transport minister and member of the pro-business Free Democratic party, has signalled a willingness to see how the spirit of the scheme may be continued, though at a cost of €2.5bn to the public purse he has said it is too expensive to be maintained in its current form. He said the scheme had highlighted the confusion and unclarity of having too many operators with differing ticket tariffs across the country and that he would like the entire system simplified.

Critics of the scheme have been quick to voice what they see as its shortfalls. In some cases, overcrowding on trains has led to police having to intervene and passengers have had to tolerate standing close to others.

Often people who habitually take bikes on regional trains – either for leisure or to enable a door-to-door commute to work – have been prevented from doing so due to overcrowding.

While about 45% of Germans would like the scheme to continue beyond August, 43% have said they would prefer it not to, according to a poll carried out by Civey.

It is still not clear how many people have switched from regular car journeys to using public transport. According to the Office for National Statistics, in the first weeks of the scheme there was only a slight reduction in road traffic. This detail is particularly significant because people switched from public transport to cars when Covid hit.

The government’s decision to simultaneously introduce subsidies at the petrol pump has also been widely criticised as a contradictory measure, somewhat overshadowing the plaudits it has earned worldwide for subsidising public transport. 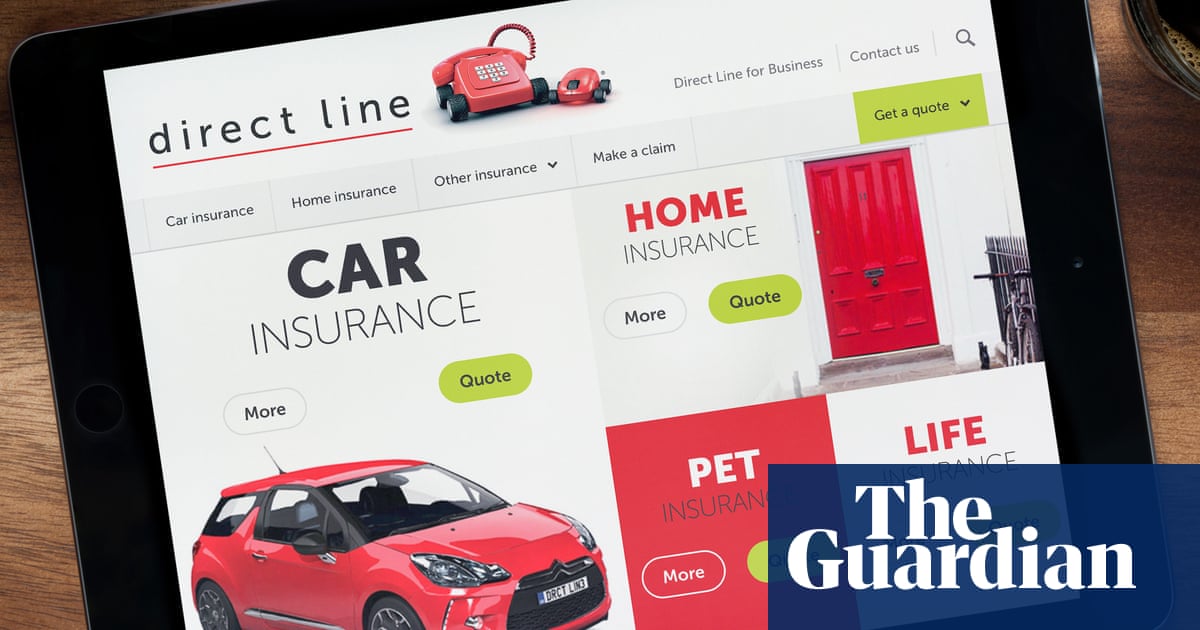 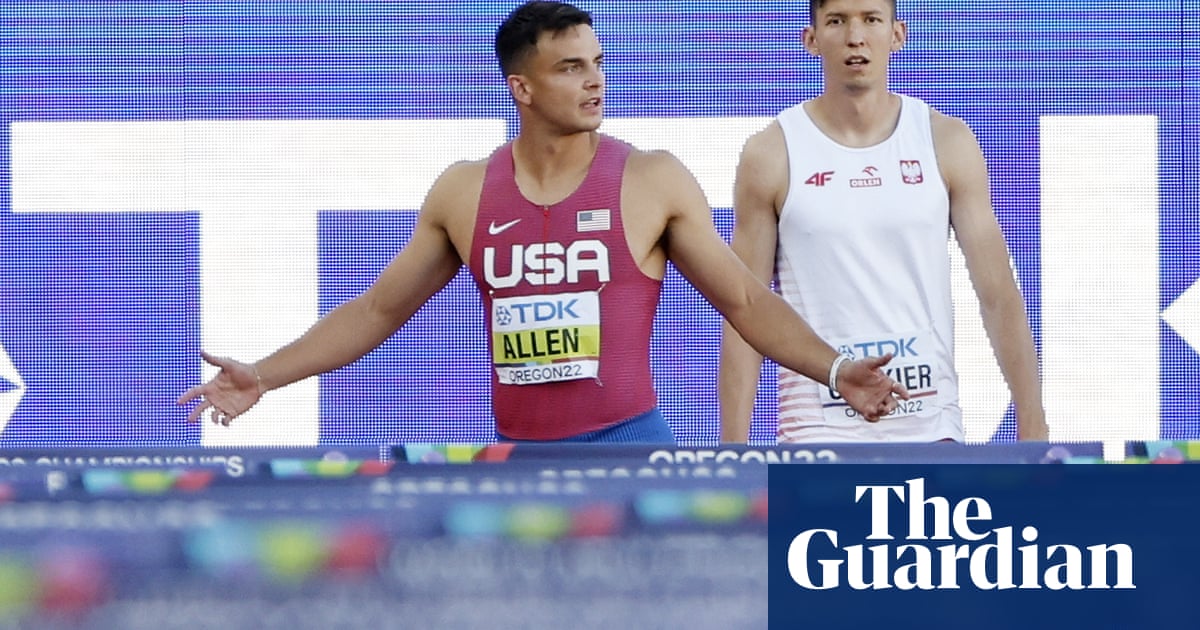