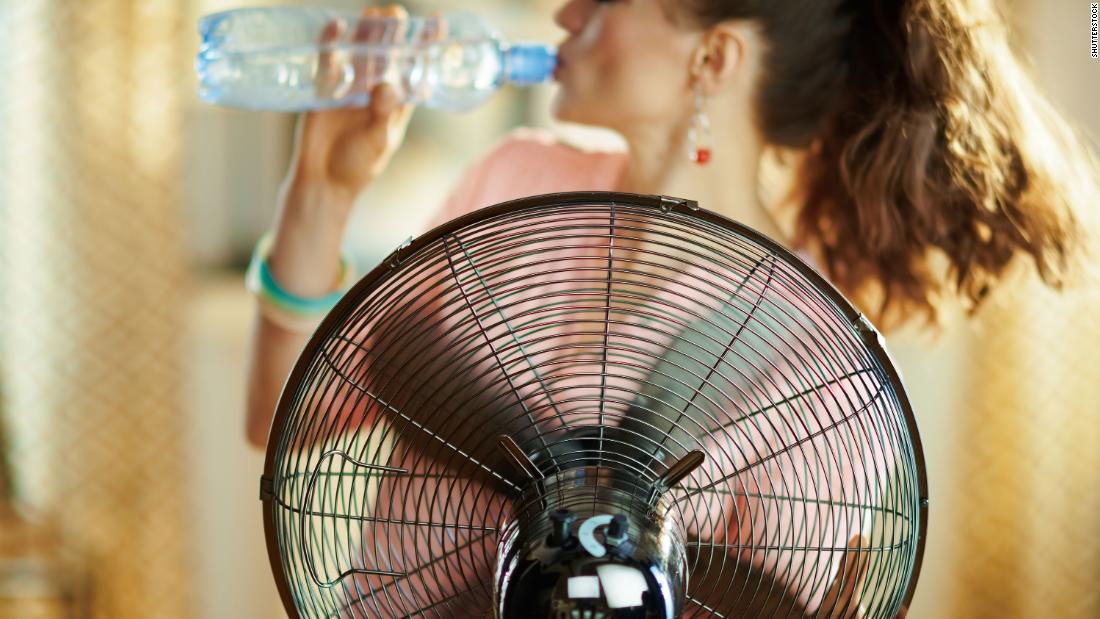 Editor’s Note: This story was first published in 2020 and has been updated.

Whether you’re without power, enduring extreme heat or trying to save money, there are ways to feel comfortable without artificial cooling.

Heat can foster fun summer activities, but the body shouldn’t be too hot for too long, as too much heat can harm your brain and other organs, according to the US National Institutes of Health. Sweating is the body’s natural cooling system, but when that’s not enough, there’s increased risk for developing the heat-related illness hyperthermia – signs of which include heat cramps, heat edema and heat stroke.

Staying cool can be done by using some basic supplies and knowing how to manipulate your home to control its temperatures. Here are 14 methods for doing so.

When you’re hot and flushed, hydrating yourself is the first and foremost step to cooling down, said Wendell Porter, a senior lecturer emeritus in agricultural and biological engineering at the University of Florida.

The temperature of the water doesn’t matter since your body will heat it, he added. If your body is suffering from the heat and needs to cool itself, it can’t do that without enough moisture, since the body cools itself by sweating.

For an extra cool blast, try peppermint soap. The menthol in peppermint oil activates brain receptors that tell your body something you’re eating or feeling is cold.

Place a cold washrag or ice bags (packs) on your wrists or drape it around your neck to cool your body. These pulse points are areas where blood vessels are close to the skin, so you’ll cool down more quickly.

Place box fans facing out of the windows of rooms you’re spending time in to blow out hot air and replace it with cold air inside.

If the weather in your area tends to fall between 50 and 70 degrees Fahrenheit in the mornings and evenings, opening the windows on both sides of the house during those times can facilitate a cross-flow ventilation system. If you do this, you can opt to use or not use the fans, but the fans would help cool the house faster, Porter said. The outdoors can pull the hot air from your home, leaving a cooler temperature or bringing in the breeze. Just be sure to close windows as the sun comes out, then open them when the weather is cool again.

You might not typically leave windows open for safety reasons, but if you’re at home more anyway due to the pandemic, this method could be feasible, Porter said.

Just resting near a fan would reduce your body temperature as well.

If you have windows that face the sun’s direction in the morning through afternoon, close the curtains or blinds over them to “keep the sun from coming directly into the house and heating up (the) inside,” Porter said.

You could also install blackout curtains to insulate the room and reduce temperature increases that would happen during the day.

If you do turn the air conditioning on, don’t set it below 70 degrees Fahrenheit in an effort to cool the house faster, said Samantha Hall, managing director of Spaces Alive, an Australia-based design research company helping to create healthy, sustainable buildings.

“It just runs for longer to reach that temp and will keep going until you start to feel a bit chilly and is then hard to balance,” she added. Instead, keep the unit temperature as high as possible while still comfortable.

Cotton is one of the most breathable materials, so cotton sheets or blankets could help keep you cool through the night.

The lower the thread count of the cotton, the more breathable it is, Porter said. That’s because higher thread counts have more weaving per square inch.

If you can’t sleep through the night because you’re too hot, try sleeping somewhere besides your bedroom, if that’s an option. Heat rises, so if you have a lower or basement level in your home, set up a temporary sleeping area there to experience cooler temperatures at night.

Common advice for staying cool without air conditioning includes refrigerating or freezing wet socks, blankets or clothing then ringing them out to wear while you sleep. But this isn’t a good idea, Porter said.

Because of “the amount of energy they can absorb from your body that night, they will be warm in just a matter of minutes,” he said. “And then you’d have damp stuff that would mold your mattress. So you definitely don’t want to do that.”

If no one’s using a room that doesn’t have vents or registers, close the door to that area to keep the cool air confined to only occupied areas of the house.

Flip the switch for the exhaust fan in your kitchen to pull hot air that rises after you cook or in your bathroom to draw out steam after you shower.

Incandescent light bulbs generate a higher temperature than LED light bulbs do. To make the switch, watch for sales on energy-efficient bulbs, then slowly replace the bulbs in your house, Porter said.

Switching light bulbs can save money but won’t reduce a lot of heat in the home, Hall said. However, if you focus on switching the bulbs in areas you’re sitting near, that would make a more noticeable difference, Porter said.

Oven heat can spread throughout your house. Keep the heat centralized in one area, such as a slow cooker. Or, cook outdoors on a grill to keep the heat outside.

Eating an ice pop or ice cream to cool down may help for a moment. But don’t go overboard on the sugar if you’re overheated or at risk of being overheated, Porter said.

“Sugar would run your metabolism up and you’d start feeling internally hot,” he said. “So the cool treat might be good, but the extra sugar might not.”

If you’ve tried everything and still can’t beat the heat at home, you could look online for any local programs that are offering ductless air conditioners.

Depending on your state, some cooling centers – air-conditioned public facilities where people might go for relief during extremely hot weather – may be open and taking precautions to ensure they’re as safe as possible. You could start by checking with your local utility offices, as they would know who is offering certain programs, Porter recommended. 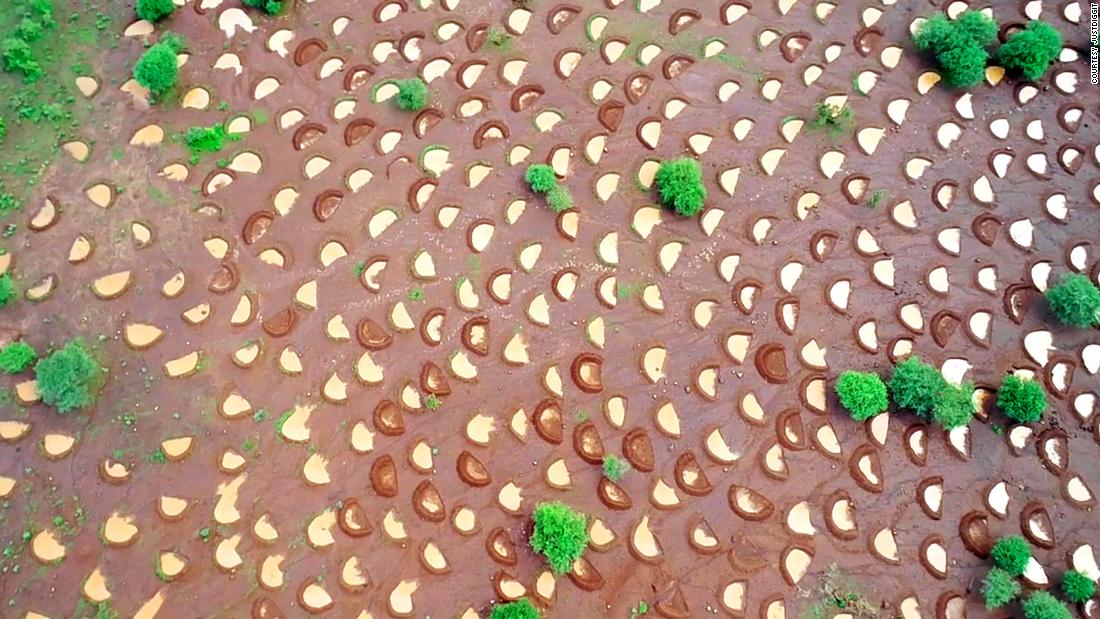 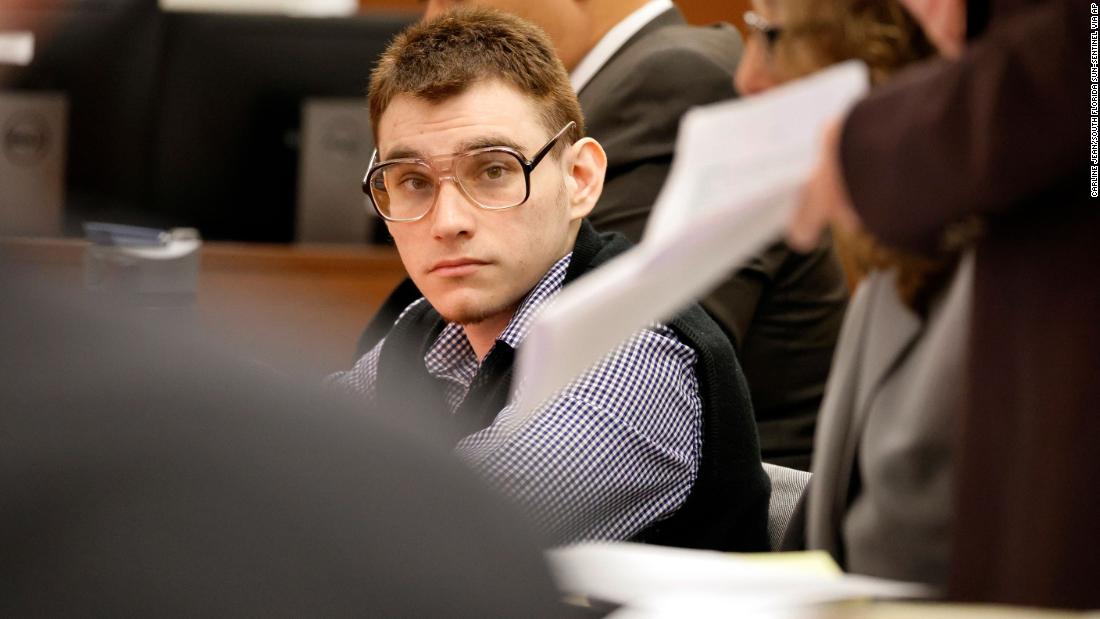