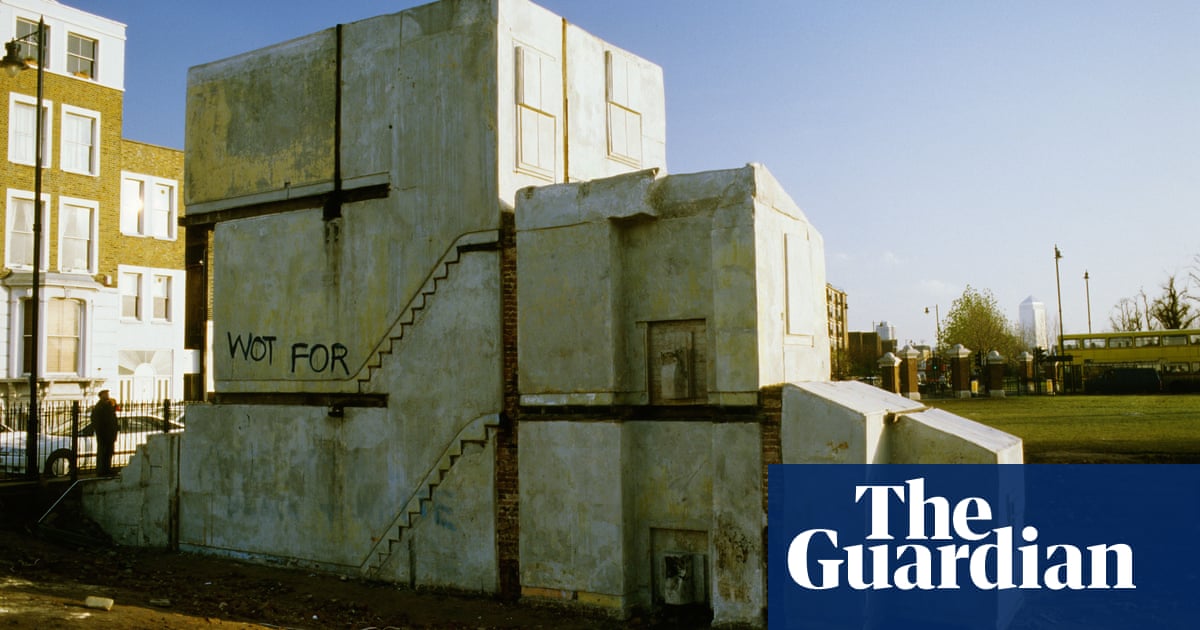 In 1990, when I was in my late 20s, I made a sculpture called Ghost: a plaster casting of a Victorian living room. Next I thought: “I’d love to make an entire house.” It seemed like a crazy idea. It would cost thousands – and who would fund it? Then James Lingwood came to have a cup of tea at my studio. He had just taken over running the arts organisation Artangel, alongside Michael Morris, and was in a very upbeat mood. “Is there anything you’d like to do?” he asked, so I mentioned the house idea. He said yes straight away.

The one we found, at 193 Grove Road in east London, wasn’t empty: a guy called Sydney Gale was living there with his daughter. He was a wonderful character. Bow council had been trying to get him out for years, but he didn’t want to be rehoused in a high-rise flat. Eventually, they found him another Victorian house, I think. He was bemused by the idea, but interested. He had been a DIY fanatic in the 1970s and had spent a lot of time doing up the house: he’d installed a bar, hung different wallpaper on every wall, that sort of thing.

We had to make sure it didn’t get broken into. A poor security guy basically had to live there for months

In terms of making, House wasn’t a complex idea. The mould – the house itself – already existed, so the job was really to make a building within that building. We made a new foundation, removed the internal fittings, took the roof off, created a metal armature to support the new structure – and then filled the house with concrete. The complex thing was finding the right material to spray on the walls so that the concrete wouldn’t stick when we tried to remove them. It was messy and exhausting – and the whole thing took months. We began in August 1993 and didn’t finish until late October. The other hard thing was making sure that it didn’t get broken into. A poor security guy basically had to live there for months.

House felt autobiographical: I’d grown up in a house in north London that was very similar. But it also had this connection to everyone’s lives. There was a political aspect to it, too. We were coming out of a recession and there were so many debates about housing and the cost of living. Not dissimilar to now, really.

The lease the council gave us was temporary, so I always assumed that House would be demolished. Charles Saatchi offered to put it on wheels and transfer it to his gallery. But I didn’t want that. This was its location and this was where it should stay. There was nothing nice about it coming down, though. It was traumatic. But I’ve kept it with me in the work I make now. And I’m proud that so many people have memories of it.

We really had to go round the houses to find House. Rachel had some parameters: she wanted to make this piece in London, because that’s where she was brought up. She also wanted it to be in the north or north-east because that was the part of the city she knew best. Then we needed to find a house that was scheduled for demolition. And ideally we needed somewhere that could be seen from all four sides. As it happens, the place we ended up working with was part of a terrace, but most of the terrace had already been demolished. It was the right one.

We got lucky with the first people we approached on the council: they were open to the idea. There were antagonists, too, but actually that’s what happened everywhere. House became a lightning conductor for all these different currents: housing was a pressing issue, then as now, so some people immediately asked why we were spending all this money on turning a house into a sculpture instead of keeping it as a home. Public art always makes waves. But we were surprised how divisive it became: there were press stories, opinion columns, debates on TV, everything. The media painted it as a battle between locals and artists, but actually even on the same street there were different opinions. Some people hated it; others it really touched.

We had always conceived of House as temporary, but so many people came to see it that we tried to extend the lease. At first, the council voted against it. But the vote was the very same day Rachel was awarded the Turner prize, on 23 November 1993, so there was an outcry. They gave it a little more time, but only until January. Then it went.

Did I want it to stay? I always felt that the whole thing was a memorial to the idea of memory, and memory is elusive. So I felt it would be more resonant if it was temporary. It looked so otherworldly – this pale grey, mute form. Over time it would have attracted graffiti and looked more derelict. And memorials tend to disappear into their surroundings. I’m not sure we would still be talking about it nearly 30 years on if it had stayed.

That said, when I pass the site, I think of it still being there. Technically it is, I suppose: it’s rubble beneath the grass. But everyone who saw it has their own image, even some people who didn’t. That’s one of the most beautiful things. 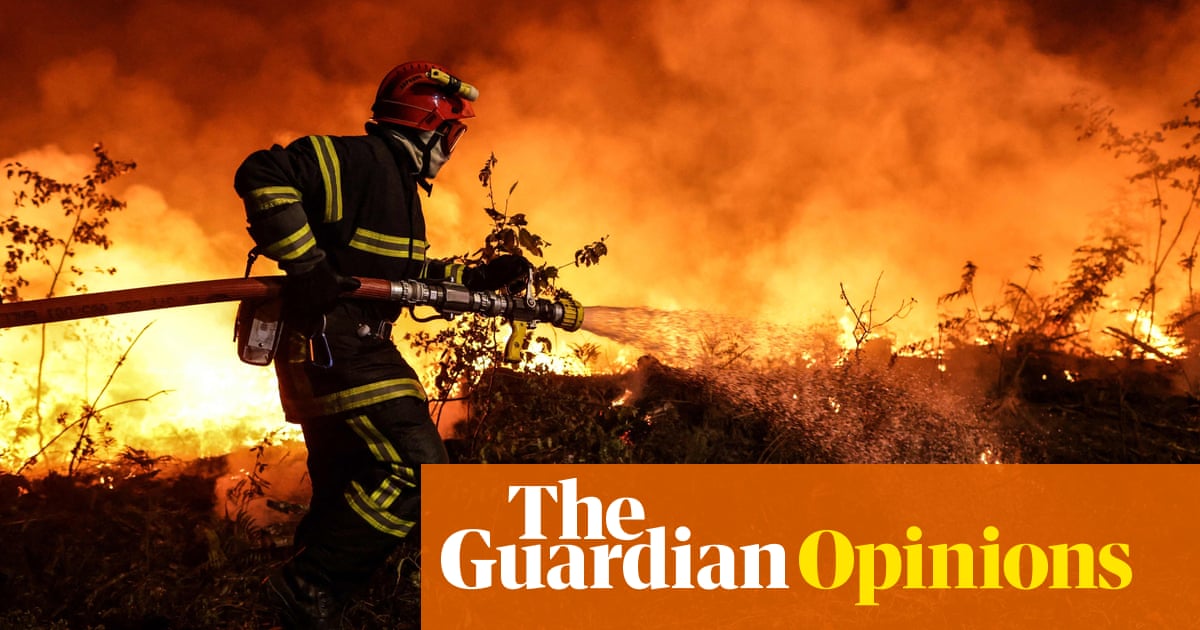 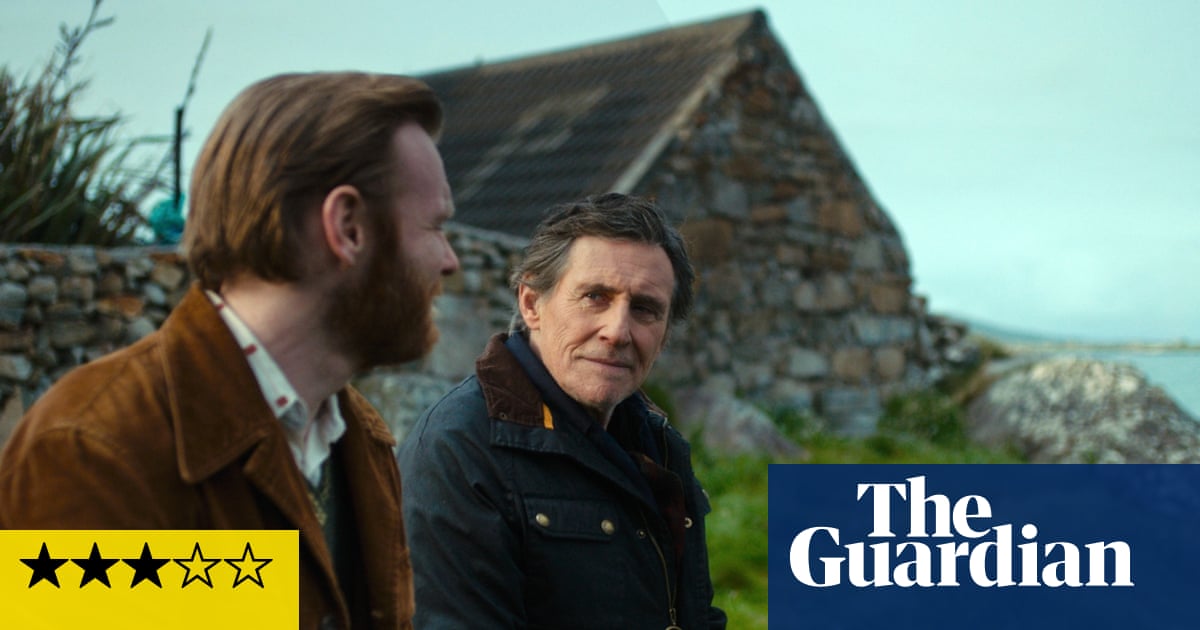