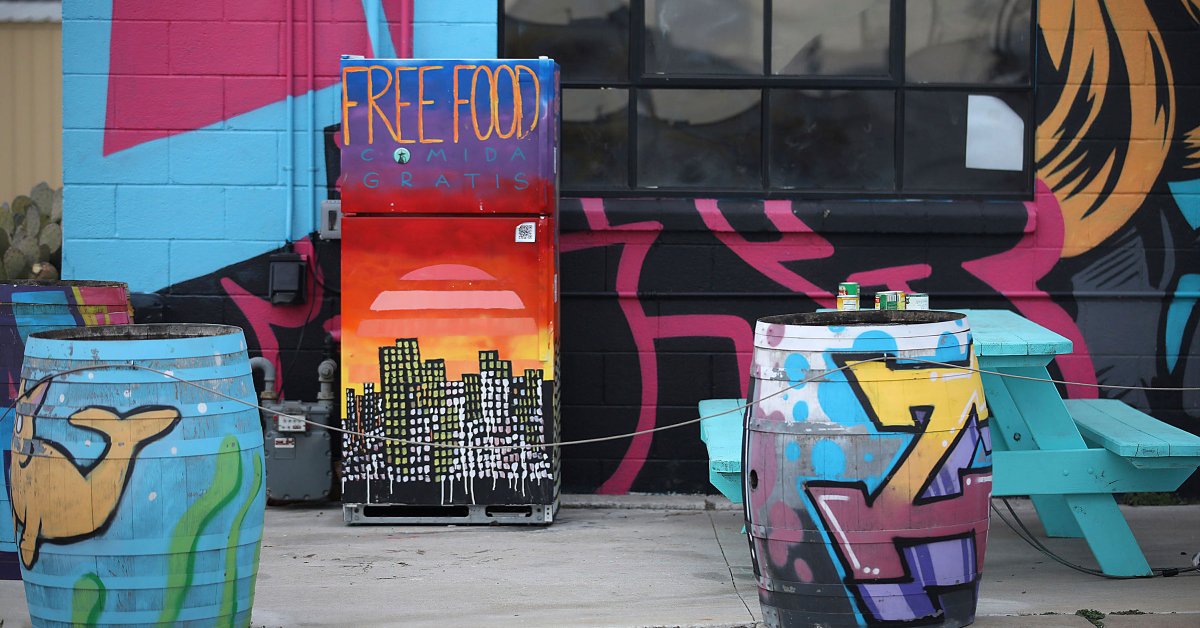 In the early days of the COVID-19 pandemic, refrigerators popped up in unlikely outdoor places, as volunteers plugged in the appliances on street corners in cities and towns across the country. These community fridges became free access points for food, with no barriers or gatekeepers—just open the door to supplies, without stigma or oversight. Activists say the fridges were, at the time, a necessary response to the crisis of food insecurity. Now, two years later, many of these appliances have become more important than ever, as inflation hits food prices.

For Tajahnae Stocker, who started the ICT Fridge Project in Wichita, Kansas, that ongoing need comes as something of a surprise. Stocker raised $1500 to buy, decorate and stock a fridge with free food in downtown Wichita, inspired by watching protests for racial justice in the summer of 2020.
[time-brightcove not-tgx=”true”]

The last thing people needed to focus on, she thought, was their next meal. But she never thought the project would be permanent. “We know the charitable sector alone cannot solve every problem,” she says. “It’s just a fridge trying to fill in the gap of a grocery store.”

Read more: ‘We Will Handle It.’ An Army of Women Is Taking on the Hunger Crisis in Local Communities

She now works in food insecurity policy at the state level, and volunteers have made the fridge project sustainable by keeping it stocked through donations. The fridges provide easy access food for the neighborhood—in contrast to the paperwork and bureaucracy that families need to sign up for the state’s Supplemental Nutrition Assistance Program (SNAP). “Seeing the barriers of the SNAP program has me thinking they are right: these can be a solution for community members in Wichita.”

In contrast, the ICT Fridge Project says it’s for everyone: “No IDs, no tax papers, take whatever you need. This fridge is for students, families, individuals, regardless of income. Take an apple for a snack, or come get free groceries,” the group says on its website. “The fridge is for us, by us.”

The problems of food security in that fridge’s neighborhood, which is low-income, are anything but unique. In 2020, 10.5% of American families were food insecure at some point in the year, according to the USDA. Now, although statistics aren’t widely available, the non-profit Feeding America says the pandemic has increased food security, and many families who are food insecure don’t qualify for government assistance and instead rely on food banks for extra support.

Activists have plugged in hundreds of community fridges around the U.S., mostly clustered in cities. They’re on street corners, outside cafes, at churches and housing developments. Volunteers keep them stocked with food, restaurant donations and homemade ready-to-eat meals.

People working in mutual aid movements—often led by women of color to address hunger needs in their communities—led the charge to create fresh, free food networks. The original idea came from Germany, when a group known as Foodsharing popped up in 2012, but community fridges quickly took off around the world as a stopgap solution in a desperate time.

In Miami, volunteers fill community fridges up to five times per day—and Kristin Guerin, who runs a community fridge network called Buddy System MIA, estimates they typically are empty within an hour. “The need is still really high.”

LJ Abraham, a community organizer in Memphis who runs a network of three community fridges, says she assumed the need would be highest during the pandemic. Instead, she is finding that inflation and the end of pandemic assistance are squeezing people in new ways. “The need is a lot greater now than in 2020,” she says. “There’s inflation, the rising cost of groceries and rent going up, so a lot of people are looking for help.”

Abraham was inspired after watching a news clip about a community fridge in Portland, and immediately thought of her community. Now the group, 901 Community Fridges, also accepts donations of non-perishable items—tampons, diapers, baby items, “anything that might be needed in the community.” The fridges are kept in communal spaces near community centers, churches, or housing developments.

The fridge network also works to complement other food justice programs. For example, volunteers pack and prepare leftover meals from other food distribution groups for the fridges so they don’t go to waste. It’s kept stocked constantly by a network of volunteers and direct donations from other residents.

Her partner in the community fridge project, Ross Rives, echoes Stocker’s note that fridges have few barriers to access, unlike typical assistance programs. The fridges are open all the time, available to anyone. “This program has no real gatekeepers,” he says.

Opening the door to larger goals

Rives and Abraham have also learned valuable lessons about people’s needs beyond food. One fridge, hosted by a church, seemed to be on the fritz, having trouble keeping cold. After a little digging, the group realized it wasn’t the fridge malfunctioning: someone was unplugging the appliance to charge their phone. The group was able to help the person locate an outlet inside the church so the fridge didn’t need to be unplugged. “Food is so tangential to so many other things,” says Rives.

901 Community Fridges has been looking for a space to provide laundry services, services for felons to get reinstated for voting rights, education services, immigration services. “This one small program can expand for our city and our state,” Abraham says. “I think it’s super important to focus on starting small, learning, building and creating something meaningful.”

In Miami, community members paper the fridges with a host of flyers for services and citywide programs—just like a household fridge might hold sticky notes and invitations. “The fridges have become small community centers,” says Guerin, who recently advertised a free citywide kids summer camp on the fridges. “It’s so difficult to get the word out, and we have a stable way to get the information out.”

Other initiatives have remained community institutions as new tragedies have unfolded. A community fridge in Buffalo, New York became a gathering place after the mass shooting at a supermarket nearby. With the area’s only supermarket closed, organizers were part of a community-wide effort to ensure residents had access to groceries.

Those who run community fridge projects say their devices are likely to stay permanently, as long as there is a need. Guerin says: “They have become a staple, and they will be for a while.” 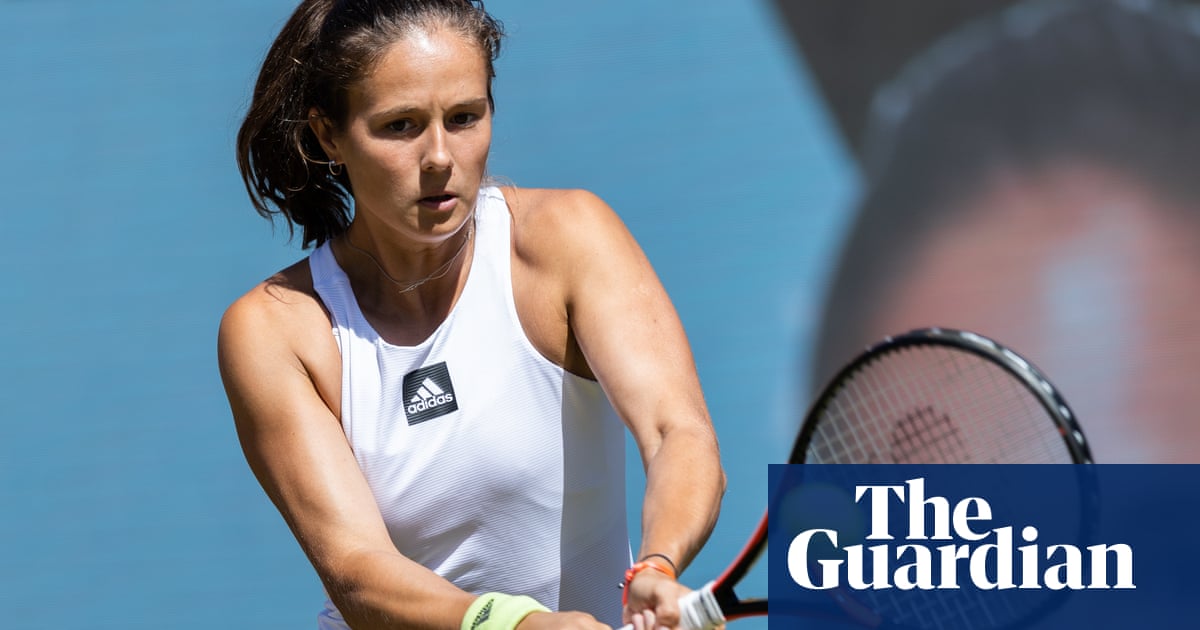 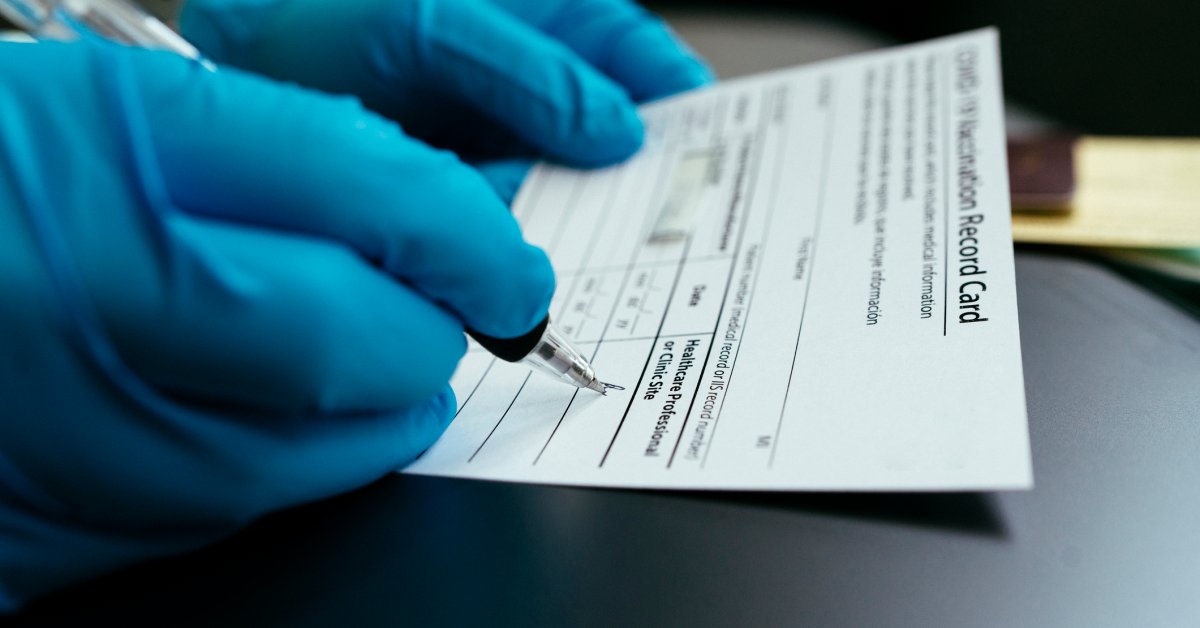