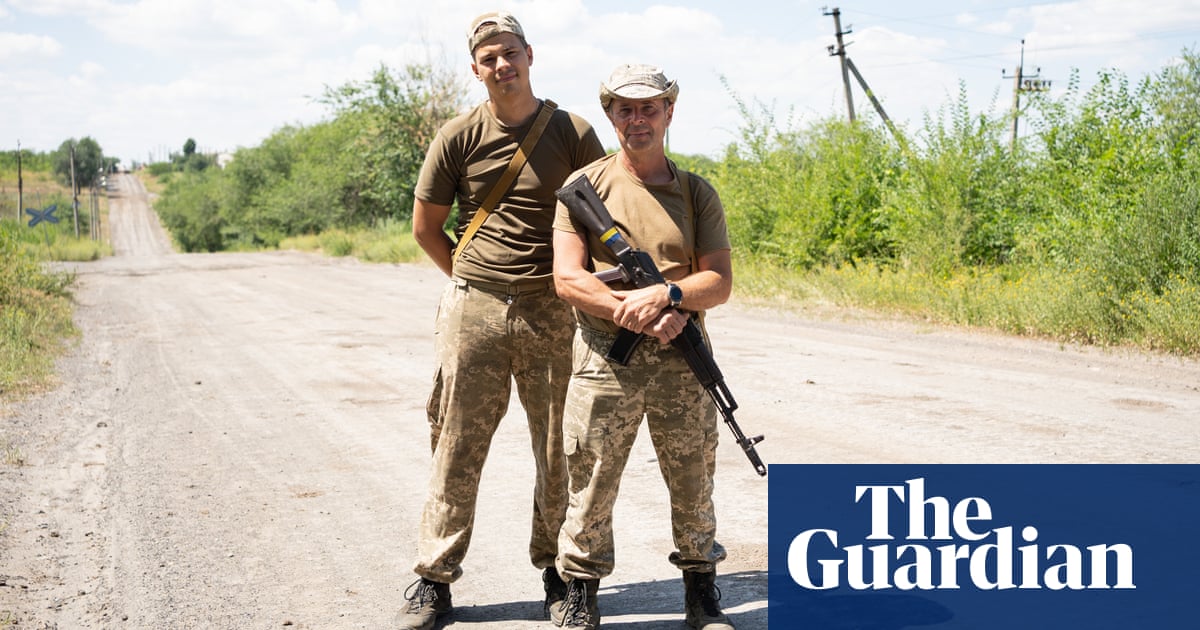 For more than a month, Vasyl has been commuting from his home town in Ukraine’s east to the frontline, about an hour away.

In April, the hotel owner from Konstantinovka said the situation was “completely fucked”, with Russian artillery fire bombarding his unit incessantly. Now, he looked visibly different: thinner and worn out but still motivated.

“Our brigade is more than half people from the Donbas,” said Vasyl, of the eastern region that pro-Russian forces have been fighting for on and off since 2014, and which is now facing the brunt of Moscow’s full-scale invasion.

For Vasyl and many in his unit, winning or losing is not in the abstract. If the frontlines move further west, he stands to lose everything: his hotel, his house, his home town and the people he knows.

For the last eight years, he said that he and others like him have watched life for people in Russian-occupied Donbas deteriorate drastically and that he will do anything he can to prevent more of the region from coming under occupation.

Russia has declared that capturing the Donbas is one of its priorities and has been slowly bombarding and then capturing towns. It now holds about 75% of the region.

Vasyl represents a contingent of people in the Donbas who are fighting for the area to remain part of Ukraine, either as soldiers, volunteers or as part of the local self-defence forces.

In Bakhmut, a frontline town in the Ukrainian-controlled Donetsk region, Viktor Shulik, a former headteacher, and his 23-year-old son Denys Shulik, who taught physical education at the same school, stand under the shade of a tree carrying rifles. They had just walked four kilometres through the wheat fields from their positions on the frontlines.

Viktor and Denys are from Popasna, a town in Luhansk region that was on the 2014-22 eastern frontlines and was occupied by Russian forces in May. Images of the town show that it has been almost flattened by shelling.

“War is not new to us but this is the war of wars,” said Viktor. “People need to understand that they have come here to destroy us. It is a cycle of history.”

After their kitchen windows blew in, they went to stay with friends in another Donetsk town, Lyman, which like Popasna was eventually occupied by Russian forces in May. Lyman was also being bombarded and Viktor and Denys decided to sign up.

“We don’t have an apartment now, our block was set on fire by a missile, so we’re now homeless people. We don’t have the school any more because it was bombed and so we don’t have a place of work,” said Viktor. “We took up arms because, well, what else can we do?”

“They said we wouldn’t be able to stay together if we enlisted because I have military experience and he doesn’t and I’m old and he’s young, so we decided to join the territorial army instead,” said Viktor.

In 2014, half of the Donbas was occupied by Russia’s proxy forces after a coordinated propaganda campaign and military operation that drew support from some of the local population.

The takeover was led mostly by people connected to Russian military intelligence but also involved locals. After a series of battles in the first year, the frontlines remained almost stagnant from the end of 2015 until 2022. The fighting was low level compared with the current war, with shells being hurled between the two sides infrequently.

As part of the peace agreements brokered in 2015, Russia demanded that Ukraine allow the co-called republic’s representatives into Ukraine’s parliament. Ukraine refused, arguing that it would give Russia a direct say on Ukraine’s national and foreign policy.

The agreements were never implemented, and the Donbas region went from a vast industrial region in need of modernisation into a region deemed to have little to no future.

In occupied Donbas, the isolated economy plummeted and civil liberties vanished. Anyone who complained or went against the regime could be held without trial in detention camps, disappear, or be even executed.

Meanwhile, the war in the Donbas was gradually ignored by many in Ukraine, who were able to carry on their lives as normal, far from the frontlines. Those living in the Donbas on the Ukraine-controlled side, however, still felt it, from bursts of shelling to unemployment, being physically separated from friends and relatives and problems with basic services such as water, electricity and gas caused by the demarcation line.

Since the full-scale invasion, some have returned to fight in the Donbas with feelings of guilt. One of them is Yegor Firsov. Originally from Donetsk, Firsov became an MP in Ukraine’s post-2014 parliament in Kyiv and later an environmental activist. He is now a volunteer medic for the army.

“For the last eight years, I lived in Kyiv. I ignored the war. I had a gun in my house for eight years and I never practised how to put it together. I resent myself because (of it),” said Firsov, who is from Avdiivka, a town still held by Ukraine that has been largely destroyed by shelling since the February invasion.

Firsov said he signed up for Kyiv’s territorial defence forces, and after witnessing the aftermath of Russia’s atrocities in Kyiv region, he wanted to join the army. He knew the commanders from Avdiivka and spent a month training as a medic before being deployed.

“People think the Donbas is exclusively pro-Russian people but there are lots of people who are against Russia and patriotic,” said Firsov. “People from the rest of Ukraine understand people in Donbas now. This war wasn’t their choice. For example, the (displaced person) question was always about the Donbas and now they are from everywhere.”

Many other Donbas natives have been fighting since 2014. Medvid, a Ukrainian special forces soldier who likes to be known by his nom de guerre, said he understood Russia from the inside.

“I was in Moscow when it all started [in 2014]. I had a good metal business there,” said Medvid. “But I was watching the TV and thinking what the hell is going on.”

He said that his unit was made up mostly of Donbas locals, aged 21 to late 50s, and that their former commander had been 62.

Near the frontlines, Tetiana Khemion, a dance teacher in Sloviansk, has been organising supplies of basic equipment for units in northern Donetsk, where her husband is fighting.

“I used to have a great life. I had dozens of students, I could afford everything I needed, I had the person I loved sleeping next to me,” said Khemion, in her office where nearby streets have come under intense shelling in recent weeks.

Her and other volunteers in the town fill holes in the army supply chain – sleeping mats, rucksacks, socks, boots, helmets.

“Unfortunately, a lot of effort was put in over a long time to erase Ukrainian-ness in the Donbas,” said Khemion. “So, I don’t deny that there are a lot of people who are pro-Russian. But it all comes from the Soviet legacy.

“Then there are other people who are indifferent because their houses are somewhere away from this,” said Khemion.

“The one thing people must not do is forget about the war like last time,” said Khemion. “I often think if more people had cared before, things would be different now.” 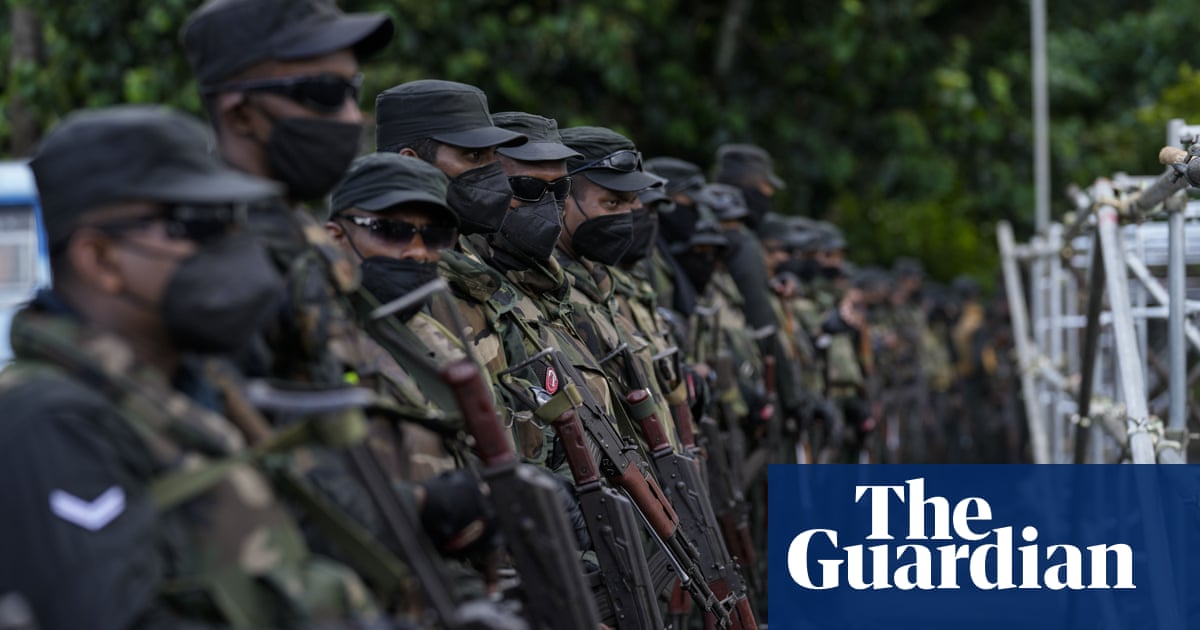 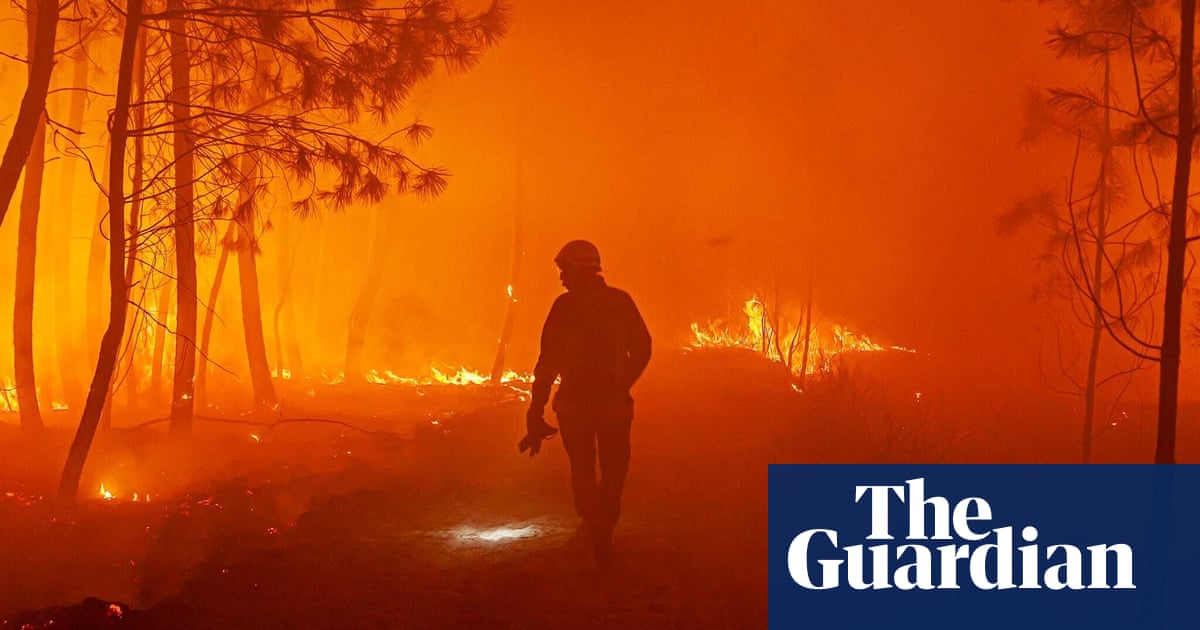