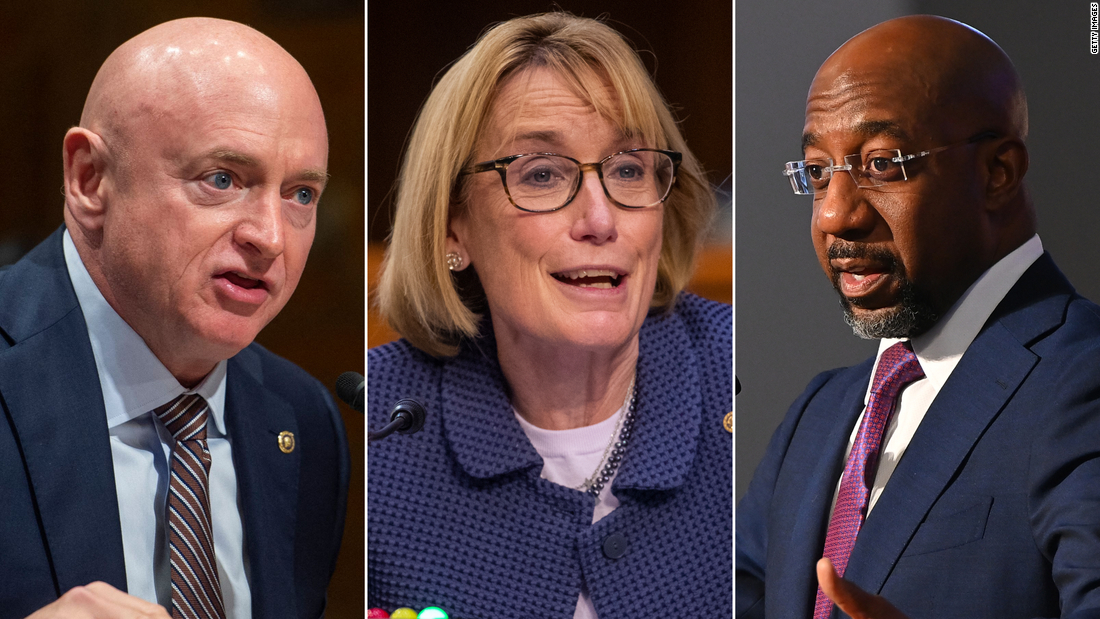 Meanwhile, in the Atlanta metro area — which is represented by vulnerable Democratic Sen. Raphael Warnock — costs climbed 11.5% over the same 12-month period.

The latest inflation numbers, particularly in key swing states that could determine control of the Senate, brought into focus the deepening political problems for President Joe Biden and his party, and explain why vulnerable Democrats have publicly rung the alarm about the issue. Democrats desperate to retain control of Congress are now pleading with the administration and their party leadership to help them more forcefully combat rising prices — and, in the process, hang on to their seats.

Kelly told CNN that the Biden administration needs “to be looking for more opportunities to do things to lower costs.”

“Nine percent is a pretty big number,” Kelly added. “Families are finding it hard to afford a lot of things and have some challenging decisions to make.”

Kelly noted that he already called on Biden to release oil from the Strategic Petroleum Reserve. The administration announced on March 31 that it would release one million barrels of crude oil a day for six months.

“Probably don’t want to end that,” Kelly told CNN. “The price of gasoline has come down, but it’s still incredibly expensive, historically, and it’s unaffordable for a lot of families.”

And Warnock told CNN that Congress needs to suspend the federal gas tax and cap insulin prices. The first idea has been dismissed by House Speaker Nancy Pelosi since it’s not clear that consumers would reap the rewards, but the second could soon see action on the Senate floor. Warnock also called to invest in US semiconductor and microchip manufacturing. Warnock said some people now have to choose between buying groceries and buying prescription drugs.

“We can do something about that — and we ought to do it,” Warnock added.

Inflation has become the top political issue for Americans, worrying nervous Democrats who know that there is no quick fix in Washington to create greater supply and less demand for products. Vulnerable Democrats say inflation has dominated conversations both back at home and in Washington, where the party is internally wrestling over potential solutions with a little more than 110 days until the November election.

“This is a grocery and gas election,” Rep. Tom Emmer of Minnesota, the head of the National Republican Congressional Committee, told CNN. “(The Biden administration) had these goofballs talking about inflation was gonna be transitory, and then it was Putin’s fault, and now it’s Republicans’ fault. They just need to look at themselves in the mirror. And you know what, in November, this is why they’re going to lose.”

For months, Democrats have unleashed a number of reasons why costs have gone up. They’ve blamed Russian President Vladmir Putin for invading Ukraine and sparking increases in food and energy prices, the pandemic for disrupting supply chains, and oil companies for allegedly taking advantage of consumers, despite protests from some prominent economists.

On Wednesday, the Biden administration gave a new defense: the latest inflation record was “out-of-date” because gas prices have decreased over the past few weeks.

But that response was not enough for Democrats on Capitol Hill, as Republicans continued to pummel them over the issue.

Florida Sen. Rick Scott, the chairman of the National Republican Senate Committee, said even if inflation was seven or eight percent, that would be “ridiculously high.”

“We’re going to win so many races over inflation,” Scott told CNN. “It’s horrible for the country. For elections, it’s going to help us, but think about these poor families who are getting hurt.”

Some Democrats are starting to point the finger at one another. New Hampshire Sen. Maggie Hassan, a vulnerable Democrat, criticized the Biden administration’s handling of inflation, telling CNN: “I have said for a while that I thought he and the administration have been too slow to react to it.”

The White House, which initially failed to recognize the pending inflationary crisis, dispatched officials to Capitol Hill last month in an attempt to arm Democrats with talking points on rising gas prices, inflation and other economic issues. But Democrats who attended the messaging meeting said they left feeling less than satisfied, with one lawmaker saying the meeting turned “spicy” when it got to the question-and-answer portion.

“I just don’t believe that we can try and smooth things over with talking points, as if people don’t know their own lives, their own bills and their own minds. … People aren’t stupid. ​​There’s no value in trying to hide the ball,” Rep. Elissa Slotkin of Michigan, one of the most endangered House Democrats this fall, told CNN. “What I need is a plan. I’m not looking for messaging help.”

Slotkin has called for her party leadership to hold weekly votes on bills to lower the sky-high cost of consumer goods and gas prices. But some of the most realistic options — an economic package that would lower prescription drug prices and a China competition bill that includes funding for semiconductor manufacturers — are both stuck in limbo.

A Monmouth poll from earlier this summer asked Americans to name the biggest concern facing their family. The most common answer was inflation (33%), followed by a series of related economic issues, including gas prices (15%), the economy (9%), and everyday bills such as groceries (6%).

Since the start of 2021, campaigns and groups have spent $92 million on ads referencing inflation — more than other top-tier issues like immigration or guns, according to AdImpact data. Republicans have blamed Democrats for the economic mess, and spent $54 million on the issue — more than double what Democrats have spent defending themselves on it.

“This is hurting Wisconsin families — and I keep pointing out this didn’t just happen,” Wisconsin GOP Sen. Ron Johnson, a top target for Democrats this fall, told CNN. “This wasn’t just bad luck. This is caused by massive deficit spending. It’s caused by their war on fossil fuel, which purposefully has driven up the cost of energy, gasoline, to record highs.”

Asked if he was worried that the increase in prices could hurt Democrats’ ability to hold onto the 50-50 Senate, Michigan Sen. Gary Peters, the Democratic Senatorial Campaign Committee chairman, acknowledged inflation was a “major” issue, noted some bills Congress hopes to pass to decrease prescription drug prices, and pivoted toward the Republican effort to remove the right to abortion.

“We understand that clearly rising prices is a problem for families and we’re making efforts to help families deal with those rising costs,” Peters said. “And you just contrast that to the Republicans, who are completely silent on actually how to fix anything, and in fact are engaged in extremist politics and want to take rights away from women, and are not talking about issues that American people care about.”

Similarly, Rep. Sean Patrick Maloney of New York, who chairs the House Democrats’ campaign arm, admitted inflation “is a problem” and has been encouraging his members to acknowledge Americans’ suffering while also highlighting the party’s plan to provide relief to consumers.

“We are working the problem. The other side is trying to gain from it politically,” Maloney, who himself faces a competitive reelection race, told reporters. “What is the Republican plan for inflation, besides making people mad to win an election? They don’t have the foggiest idea what they’re going to do to fix the economy.”

Republicans disputed that they didn’t have a plan to combat inflation.

“Stop deficit spending,” Johnson said. “Let’s utilize what God-given natural resource we have to bring down the cost of energy. Let’s at a minimum have work requirements for welfare payments.”

“Balance the budget. Start cutting taxes. Reduce the regulatory environment. And become energy independent,” Scott said. “That’s what you have to do — and do everything you can to buy American products.” 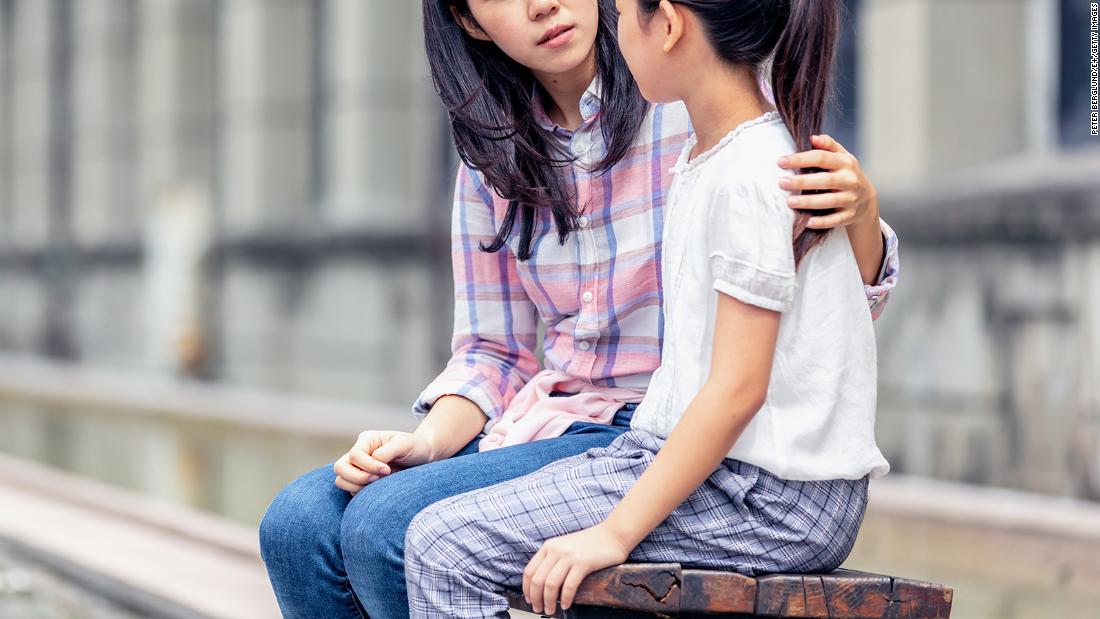 Previous post Talking to your kids about reproductive rights 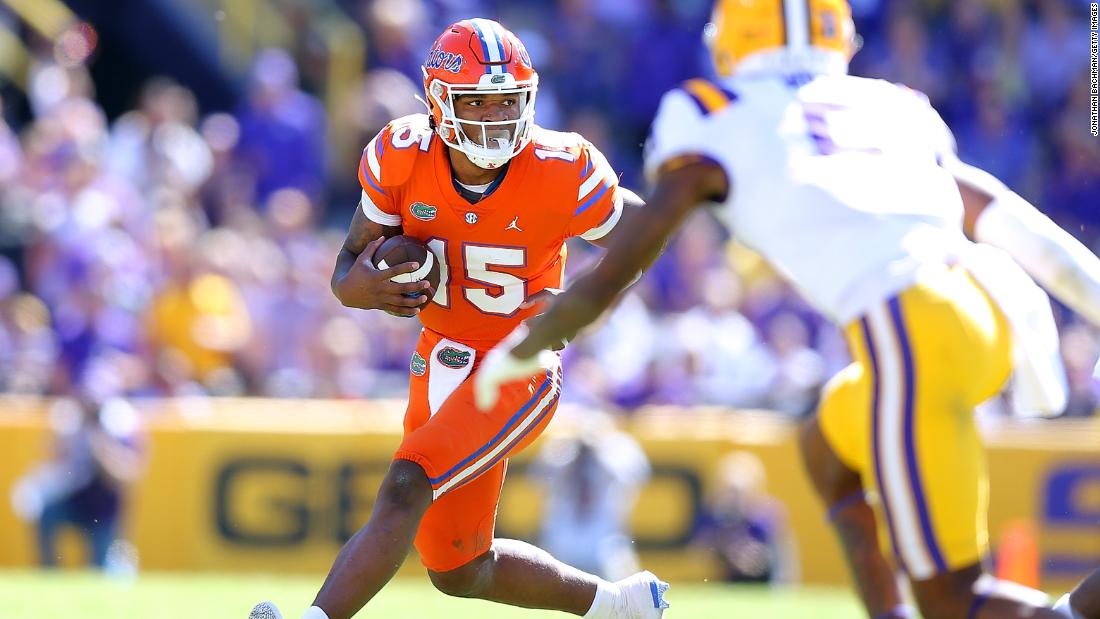