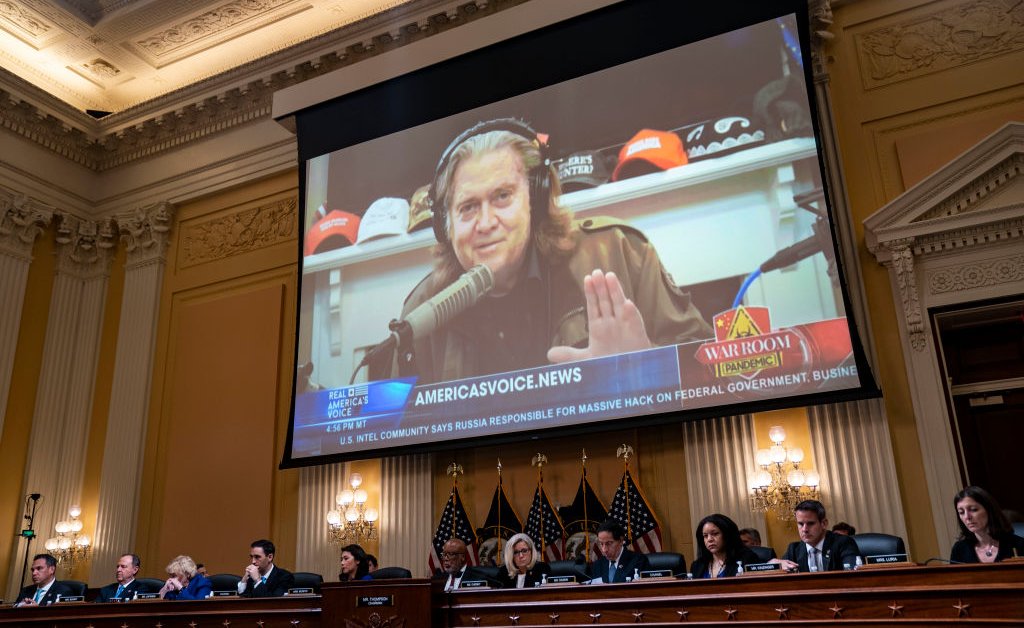 Three days before the start of his trial for contempt of Congress, Steve Bannon didn’t sound worried about it. On his podcast, he directed his listeners to tune in to a CNN special airing that weekend called “Steve Bannon: Divided We Fall.”

The report wasn’t a flattering portrait of former President Donald Trump’s one-time White House strategist, who served for a time as the chairman of his 2020 presidential campaign. But Bannon appeared pleased with how the special characterized his reach. He repeatedly played for his listeners CNN’s promotion of the show, which asserted that Bannon had a “masterplan” to reshape the U.S. government, the Republican Party and the country. Bannon’s reaction: “Not too shabby.”
[time-brightcove not-tgx=”true”]

While he relishes press coverage about his exploits, Bannon may find himself going to jail for refusing to talk about them as part of a congressional inquiry. Bannon is one of the most prominent Trump allies to refuse to cooperate with the House committee investigating the Jan. 6, 2021, attack on the Capitol. He has not complied with the committee’s subpoena or its demand for documents.

Jury selection for Bannon’s trial over two charges of contempt of Congress began Monday morning in Washington, D.C. Bannon arrived at the E. Barrett Prettyman Federal Courthouse wearing a black blazer over his signature layers of collared shirts. He smiled and pointed to news cameras as he walked in.

Bannon was one of the loudest voices spreading lies about fraud in the 2020 election and calling for Donald Trump to stay in power. He’s continued perpetuating those falsehoods through his popular podcast, War Room, which has become a regular campaign stop for Republican candidates who falsely deny Biden won the election.

The committee has presented evidence that Bannon was a central player in the events leading up to Trump’s scheme to overturn the 2020 election, including the Jan. 6 storming of the Capitol. At its most recent public hearing last week, Bannon figured prominently as the committee revealed that Bannon spoke on the phone with Trump for six minutes on the evening of Jan. 5. Earlier that day, Bannon predicted on his podcast that “all hell is going to break loose tomorrow.”

There’s evidence that Bannon was thinking about helping Trump stay in power well before Election Day, no matter the results. Last week, Mother Jones published an audio recording from October 31, 2020, days before the election, during which Bannon said that Trump was going to “declare victory” once the early returns were in, even though mail-in ballots that wouldn’t be counted until later were widely expected to favor Joe Biden. “He’s gonna declare victory. But that doesn’t mean he’s a winner,” Bannon said to a group of people. “He’s just gonna say he’s a winner.” Bannon also openly described that same plan on an episode of his War Room podcast that aired on Election Day.

This isn’t Bannon’s first time facing charges. Federal prosecutors from the Southern District of New York indicted Bannon and three others in August 2020 of alleged wire fraud and money laundering in their efforts to allegedly raising money to build a wall on the southwest border. Trump issued a pardon for Bannon the day before he left office, and, as a result of Trump’s pardon, a judge agreed to dismiss the charges against Bannon in May 2021.

Even though Bannon egged Republicans on to flout the results of the election, Bannon’s trial focuses on a much more narrow question: Has he complied with the House subpoena and cooperated with the investigation? The committee wants to talk to Bannon about meetings at the Willard Hotel on Jan. 5, 2021, the night before the Capitol riot. Bannon’s legal team has argued that Trump’s interest in asserting executive privilege prevents him from describing his dealings with the former President around that time, even though Bannon stopped working in the White House in 2017.

With Bannon’s trial date approaching, his legal team launched a Hail Mary defense last week, announcing Trump had waived claims of executive privilege and would allow Bannon to cooperate with the committee. But the judge in the case said the trial would not be delayed.

Once the jury is seated, the trial could be short. If convicted, Bannon faces 30 days to a year in jail for each of the two counts.

Regardless of the outcome, Bannon will stay in the headlines, which may be exactly where he wants to be.

Even as he stands to be sentenced to jail—this time without an ally in the Oval Office to pardon him—Bannon didn’t miss a beat on the self-promotion front. On Monday, his War Room podcast related its latest episode, with far-right activist Jack Posobiec serving as a guest host. 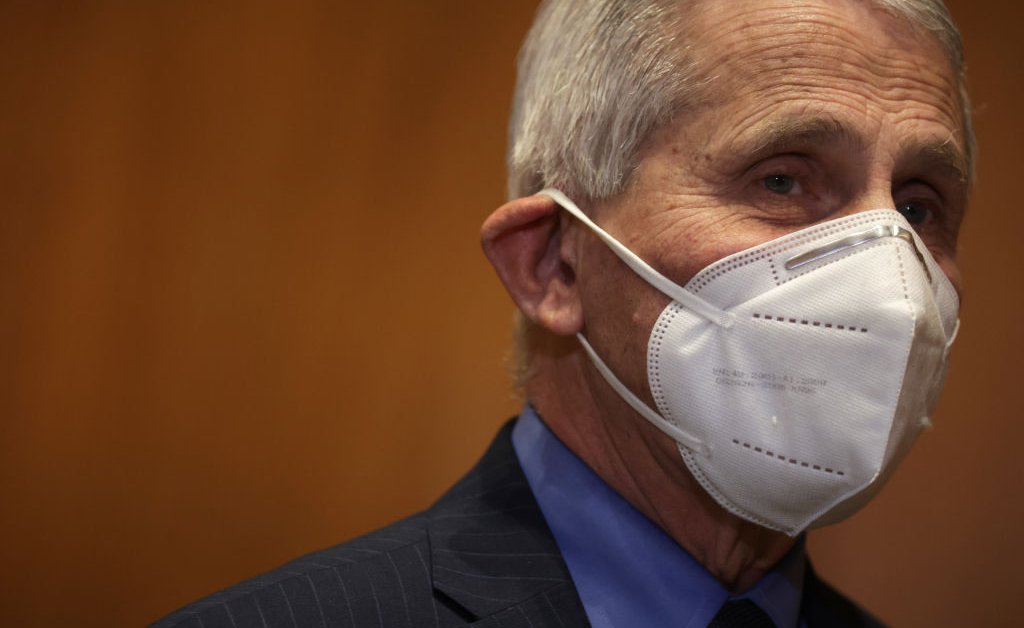 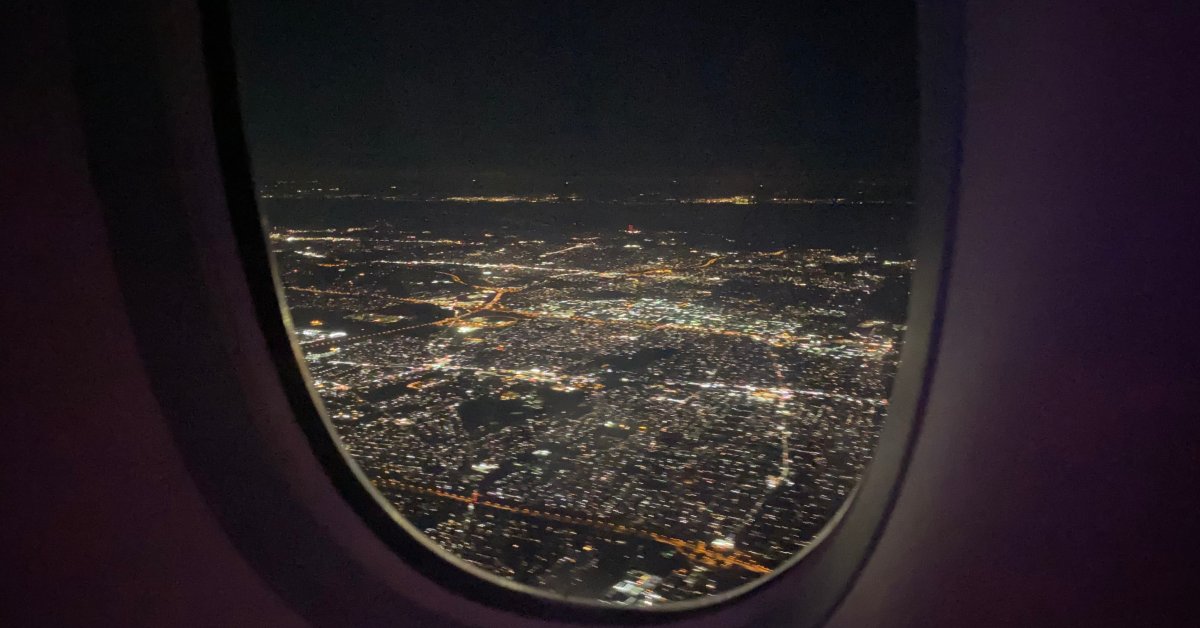