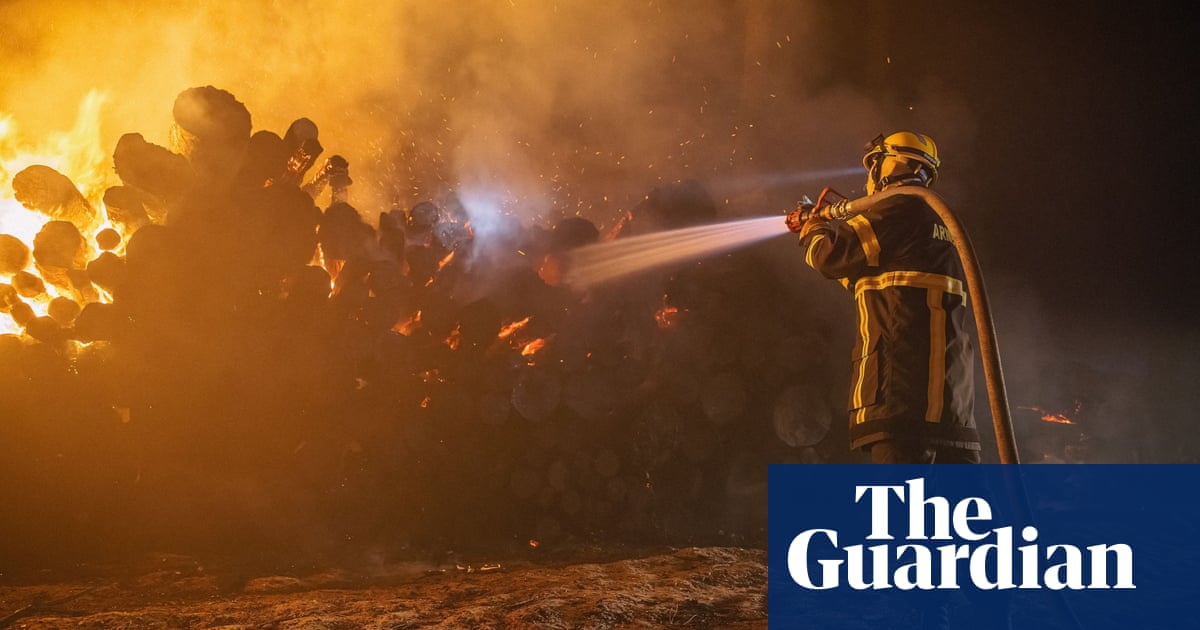 Several towns and cities in France have recorded their highest-ever temperatures as nearly 2,000 firefighters continue to battle huge blazes in the south-west and a searing heatwave gripping much of western Europe moves north and east.

Multiple night-time temperature records were also set, including at La Hague in Normandy where 32.8C was recorded at 3am on Tuesday. Officials said France’s entire west coast, from Landes in the south to Finistère in the north, was affected.

Records were expected to be smashed again on Tuesday, meteorologists said, as the mass of hot air, the second to engulf large parts of the continent in recent weeks, moved north and east into eastern France, Belgium, the Netherlands and Germany. Britain was also set to record its highest ever temperature.

The Dutch KNMI weather service said temperatures could top 38C on Tuesday, issuing a code orange extreme weather warning of risk to life in the centre and south of the country, while officials in Belgium warned of 40C-plus temperatures.

As the European Commission announced that drought warnings were in place in 46% of the bloc’s territory, with 11% at alert level, wildfires in France, Spain and Portugal continued to ravage bone-dry forest and heathland.

The worst of the fires were in south-west France in the Gironde department near Bordeaux, where firefighters were struggling to contain two week-old blazes at La Teste-de-Buch and Landiras and a third, at Vensac, that broke out on Monday night.

Officials said on Tuesday the night had been “extremely difficult”, with a changeable, gusting wind hampering firefighting efforts. A total of 19,000 hectares of mainly pine forest have been burned and 37,000 people have been evacuated from the region.

Five campsites from which 6,000 holidaymakers were evacuated last week near the Dune du Pilat, Europe’s highest sand dune and a major tourist hotspot, had been almost completely destroyed, a local government official said.

Police said a man was arrested late on Monday in their investigation into the Landiras blaze, which has burned nearly 13,000 hectares of land. Evidence showed the fire had been started as “an act of voluntary malevolence”, they said.

An area 9km long and 8km wide was still ablaze near the dune and was literally “blowing things up”, such was its ferocity, Marc Vermeulen, the head of the local fire service, said. “Pine trunks 40 years old are bursting.”

Elsewhere in France, a blaze that started last Thursday near Avignon in the south-east surged back to life on Monday, local firefighters reported, while a separate fire broke out in Brittany.

No deaths have so far been reported in France, but in Spain, a fire burning in the northwestern province of Zamora claimed the life of a 69-year-old shepherd after a firefighter died in the same area on Sunday.

Later on Monday, an office worker in his 50s was reported to have died from heatstroke in Madrid. The country’s Carlos III Health Institute has reported more than 510 heat-related deaths.

Near the northern town of Tabara, a wildfire raced across a field, engulfing an excavator and forcing the driver – who had been trying to dig a firebreak – to run for his life as flames burned the clothes off his back. He was airlifted to hospital.

Spanish authorities have reported about 20 wildfires still raging from the south to Galicia in the far north-west, where blazes have destroyed about 4,500 hectares of land, while in Portugal, 1,000 firefighters were battling 10 wildfires in the north.

Portugal’s death toll from the fires doubled to four on Monday after a car careered off the road while trying to escape a fire zone near Vila Real in the north, officials said. Sixty people have also been wounded in more than a week of fires across the country.

“We found the car and these two people, aged around 70 years, completely burnt,” the mayor of Murça, Mário Artur Lopez, said. Half the municipality was on fire, the mayor said late on Monday.

In the UK, temperatures nudged 38C in southern England on Monday and are forecast to hit a record-breaking 40C (104 F) on Tuesday, according to the Met Office. Train companies cancelled services and some schools closed.

Forecasters in the UK have for days said the national record of 38.7C, registered in 2019, would be broken on Tuesday. The night of Monday to Tuesday was the country’s warmest ever, with temperatures remaining above 25C in most places. 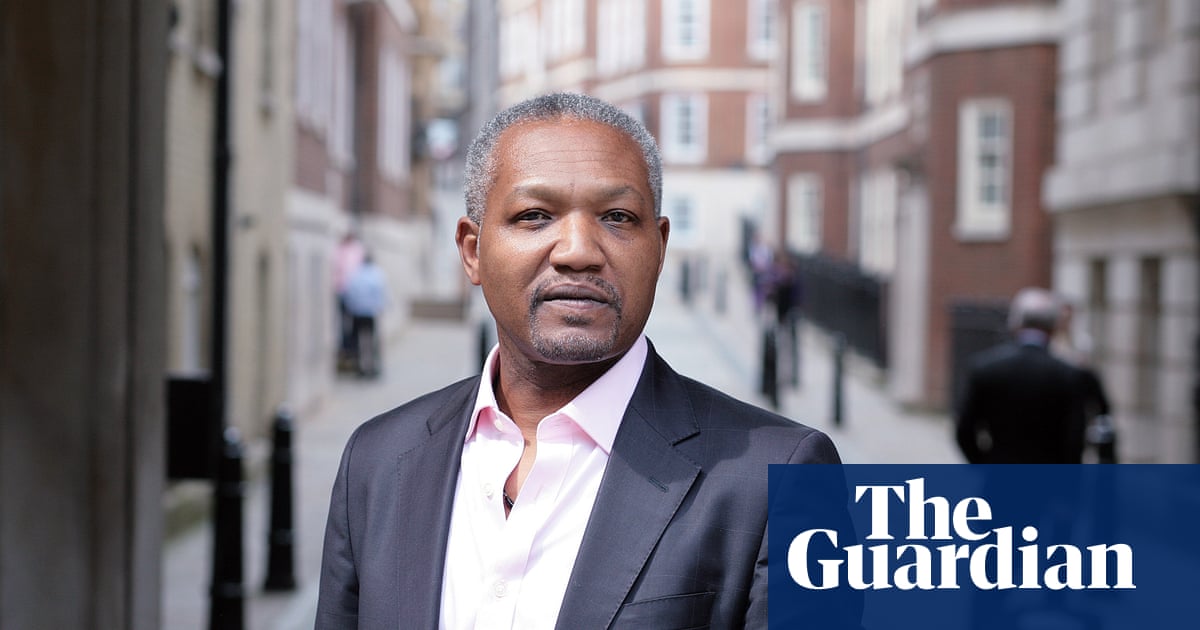 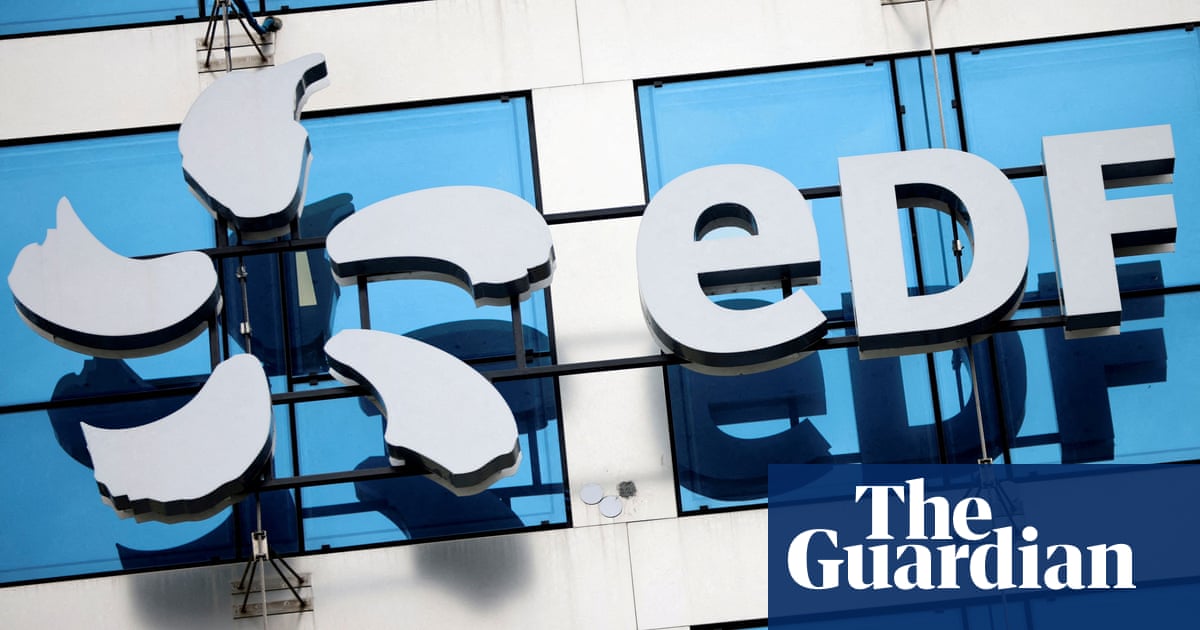