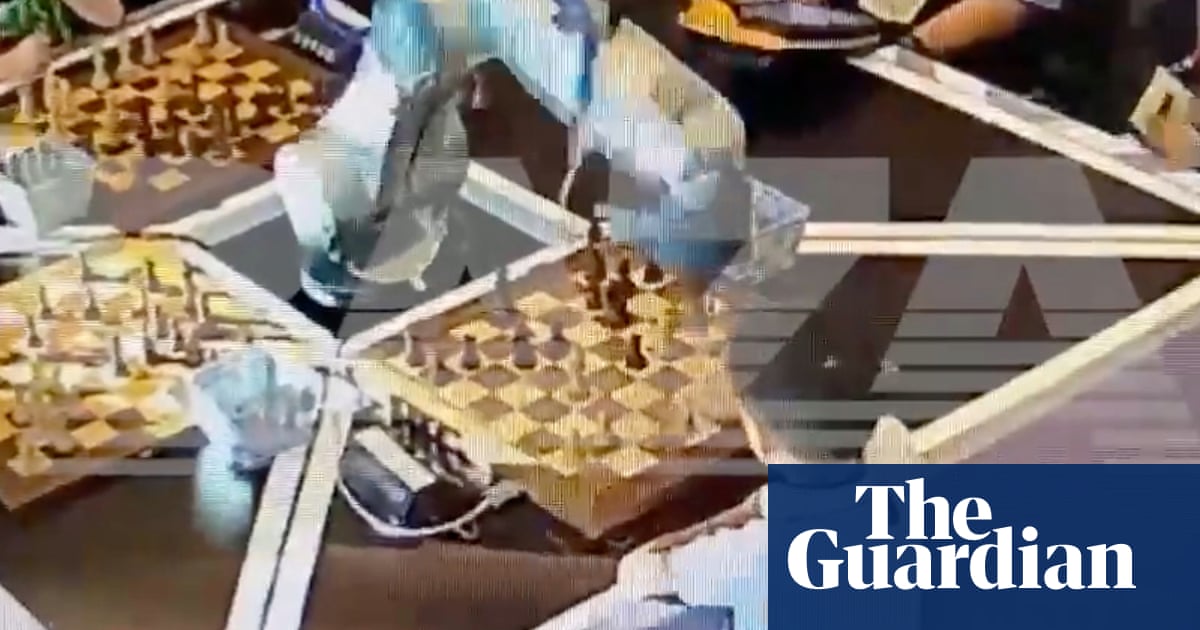 A chess-playing robot, apparently unsettled by the quick responses of a seven-year-old boy, grabbed and broke his finger during a match at the Moscow Open last week, Russian media outlets have reported.

“The robot broke the child’s finger,” Sergey Lazarev, president of the Moscow Chess Federation, told the TASS news agency after the incident, adding that the machine had played many previous exhibitions without upset. “This is of course bad.”

Video of the 19 July incident published by the Baza Telegram channel shows the boy’s finger being pinched by the robotic arm for several seconds before a woman followed by three men rush in, eventually freeing him and ushering him away.

Sergey Smagin, vice-president of the Russian Chess Federation, told Baza that the robot appeared to pounce after it took one of the boy’s pieces. Rather than waiting for the machine to complete its move, the boy opted for a quick riposte, he said.

“There are certain safety rules and the child, apparently, violated them. When he made his move, he did not realise he first had to wait,” Smagin said. “This is an extremely rare case, the first I can recall,” he added.

Lazarev had a different account, saying the child had “made a move, and after that we need to give time for the robot to answer, but the boy hurried and the robot grabbed him.” Either way, he said, the robot’s suppliers “are going to have to think again”.

Baza named the boy as Christopher and said he was one of the 30 best chess players in the Russian capital in the under-nines category. “People rushed to help and pulled out the finger of the young player, but the fracture could not be avoided,” it said.

Lazarev told Tass that Christopher, whose finger was put in a plaster cast, did not seem overly traumatised by the attack. “The child played the very next day, finished the tournament, and volunteers helped to record the moves,” he said.

His parents, however, have reportedly contacted the public prosecutor’s office. “We will communicate, figure it out and try to help in any way we can,” he said. Smagin told RIA Novosti the incident was “a coincidence” and the robot is “absolutely safe”.

The machine, which can play multiple matches at a time and had reportedly already played three on the day it encountered Christopher, was “unique”, he said. “It has performed at many opens. Apparently, children need to be warned. It happens.”

A Russian grandmaster, Sergey Karjakin, said the incident was no doubt due to “some kind of software error or something”, adding: “This has never happened before. There are such accidents. I wish the boy good health.”