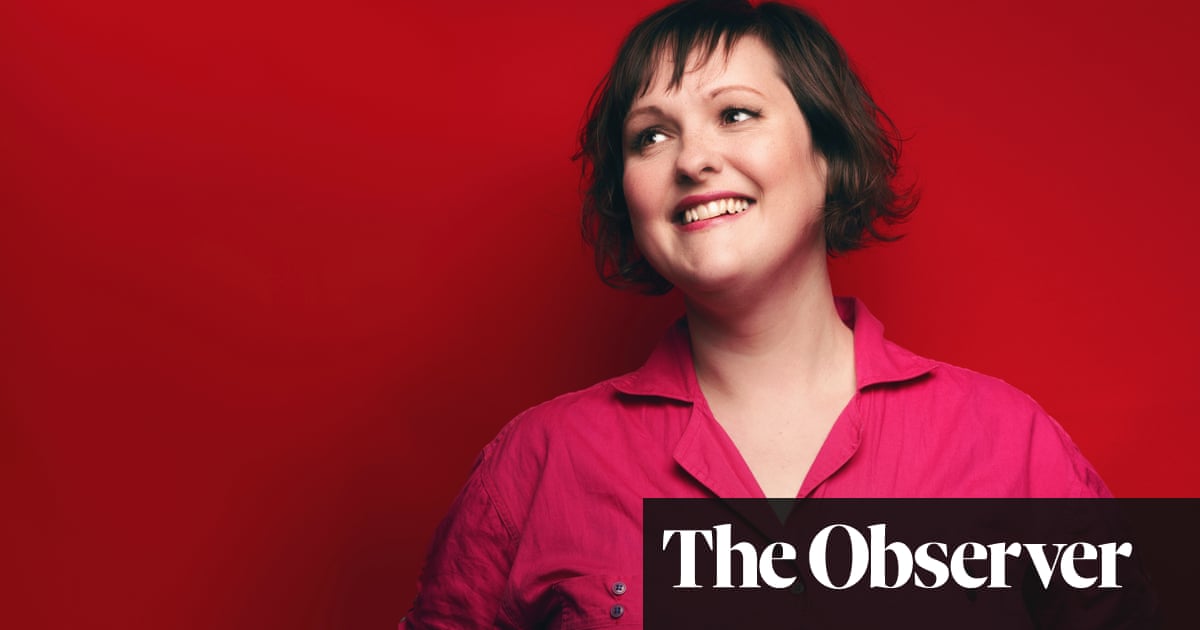 Josie Long, 40, had what you might call an eventful lockdown. She gave birth to her second daughter, she and her partner, fellow comedian Jonny Donahoe, relocated 400 miles from their home in east London to Glasgow and, as if that wasn’t enough, she was diagnosed with ADHD.

Long grew up in Kent and started performing standup aged just 14. She won the BBC New Comedy award at 17 before heading off to Oxford University to study English. After graduating, she returned to the standup circuit and was named best newcomer at the Edinburgh festival fringe in 2006. She’s since become the first woman to be nominated for the Edinburgh comedy award three times, and is a podcaster, playwright, microbudget film-maker, co-founder of the education charity Arts Emergency and a regular on Radio 4.

Next month, Long returns to the Edinburgh fringe for the first time in three years with her new standup show, Re-enchantment. When we speak, she’s taking a break from putting the finishing touches to writing the show – a task she’s juggling with childcare and her other various projects. She’d be well within her rights to be tetchy and frazzled, but is warm, friendly, impishly funny – and bubbling with passion.

What have you made of the past few weeks in politics?
You have to take your pleasures where you can. We all know the Conservative party is a many-headed hydra, and that if you kill one head, a new one pops up which is probably worse than the last. But it’s still delightful to think about Boris Johnson not getting what he wanted for the first time in his life.

My seven-month-old won’t take a bottle, which is shocking. She’s an anti-feminist who doesn’t want her mother to work

What’s your dream scenario for UK politics over the next few years?
I’d love to see Scottish independence. I fully appreciate that I’ve only just arrived in Scotland and don’t have the right to have a strong opinion, but for me, the Labour party has abandoned any hint of a progressive, radical agenda and the Tory party is an untrainable monster. So I’m pinning hopes on the utopian dream of independence.

What prompted the move to Glasgow? Did your love of Scottish indie-pop draw you there?
Partly! I’ve been wanting to move for about 10 years. I love the history of Glasgow, the architecture, the people. I feel very romantic about Clydeside… it’s got that living memory, a connection to this incredible social history. I do idealise the place, but part of my new show is about how you make your own reality in your mind. I couldn’t make the reality of living in England work in my mind any more.

What are the themes of your new Edinburgh show?
There are three main themes. The first is what it means to find your home, and my feeling of alienation from Kent, where I grew up, and the political culture of the past 10 years. The second is my desire to reconnect with nature and beauty. The third part is about the horrific things the government are doing, and begging people to not be critical of people who are radical enough to fight them. There are also good bits about school debating, parenting, ADHD and the infestations in our flat. Something for everyone!

What are you infested with?
We’ve got the lot. Mice, moths, beetles, pigeons in the roof. But it’s still a paradise to me.

What will it be like performing at Edinburgh festival as a Scottish resident for the first time?
Interesting, because I’m going to commute by train and my show is in the afternoon, to fit around childcare. My seven-month-old won’t take a bottle, which is shocking. She’s an anti-feminist who doesn’t want her mother to work.

What do you make of the recent backlash against the fringe, accusing organisers of mismanagement?
Well, I agree that not bothering to do the [ticketing] app this year is really unhelpful. But I am emphatically not spurning the fringe. Some newer acts are making comedy content for online instead, but that was ruined for me because I was an early target for online abuse. In the mid-00s, certain forums were sort of unhinged in their hatred of me, which was quite formative. I’ll never feel as safe or as free online as others might. I prefer making content for an audience I can see.

You were diagnosed with ADHD in lockdown. How did that change your view of yourself?
Basically, what I learned was that standup helped me to function. Comedy and intense exercise were how I’d managed to cope [with ADHD]. Standup gave me clarity of focus and deadlines and made my brain feel good. When suddenly that was gone, I was living in fog. That led into anxiety, panic and sleeplessness. With my structures taken away by the pandemic, I just felt like everything was impossible. And then I saw a friend of mine who’s a successful cartoonist, posting about ADHD on social media, and I was: “Oh fuck, this is exactly what my life is like.” It’s quite embarrassing, learning about it via Instagram memes.

Getting the diagnosis has been wonderful, but also frustrating, because I haven’t been able to take medication due to being pregnant and now breastfeeding.

How has ADHD impacted on your comedy career?
It definitely helps in writing jokes, because it’s all about being observant and your brain making unusual, fast connections. But at the same time, I feel so sad, because if I’d had medication or even an understanding of what it was, life might have been easier. I might have blown hot and cold, or appeared rude or lazy without realising. I wish I’d known when I was eight, but that’s the way life has panned out.

How is Arts Emergency going? Are we in more of an emergency than ever?
It’s brutal. The very fact that they’re saying “If your university course isn’t instantly profitable, it’s of no value” is so inane and ignorant. The benefits of education for society are diffuse, not just measured in a very quick financial transaction for one individual.

It’s despicably anti-intellectual to be closing humanities courses. The infuriating thing is that this has been coming since 2010. One of the first things the Tories did when they came into power was remove the block grant for the arts and humanities. We’ve been desperately trying to convince people to not vote Conservative. If they’d turned against the government even just three years ago, maybe things would be different. But I’m trying not to be bitter; I’m saying: “Welcome, comrades, welcome.”

You went to Lady Margaret Hall at Oxford – as did Nigella Lawson and Michael Gove…
Oh no, I didn’t know Gove went there. They kept that quiet. But Nigella is pretty cool, considering. Actually, one of the most famous alumni from my college is Samuel West, who is not only a brilliant actor but a very good birdwatcher and an absolute diamond comrade. So I see your Michael Gove and raise you a Samuel West!

Your debut collection of short stories is published soon. What can you tell us?
They’re all written in the first person, quite intense but wide ranging. Some are about how rigged the country is, some are about romance, some are about climate change. And some are about getting a bleak sort of revenge on bad ex-boyfriends of mine [laughs].

Who are your writing influences?
Raymond Carver is still, to my mind, the best short story writer of all. Dan Rhodes is super under-appreciated. I love George Saunders, Leonora Carrington and Jean Rhys. More recently, I’ve read two incredible story collections: Get in Trouble by Kelly Link and Drinking Coffee Elsewhere by ZZ Packer.

Ever fancied writing a sitcom?
I’ve written pilots in the past. Unfortunately, when I was trying to pitch them, I was told: “Sorry, the channel’s already got a female-led sitcom.” It was an era when people thought women don’t sell DVDs or sell out venues. But I’d still love to make one, and I have a really good idea.

Would you defend free speech for the likes of Jimmy Carr, Dave Chappelle and Ricky Gervais?
I’d love to see someone defend free speech for leftwing activists, rather than these rich men who don’t read, who don’t care about the effect their words might have on people, and cling to really flimsy excuses about irony or the nobility of their jokes. What you actually can’t do is say genuinely anti-establishment things, because if you do it with a platform, even if it’s mild, the Daily Mail will come for you so fucking hard, you’ll have a breakdown. And if you do it without a platform and you’re deemed an activist, they’ve put powers in place which mean you can be pre-emptively arrested.

When did you first realise you could make people laugh?
I was about eight, about 5ft 5in tall and quite overweight. I was very aware of being big and awkward, but realised I could deflect it with laughter. I also remember the first time I made proper friends and how we’d make up silly shit together. That’s what I’m still doing now – trying to share something and laugh together. 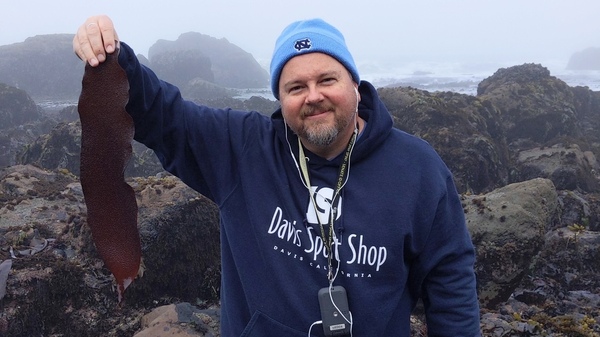 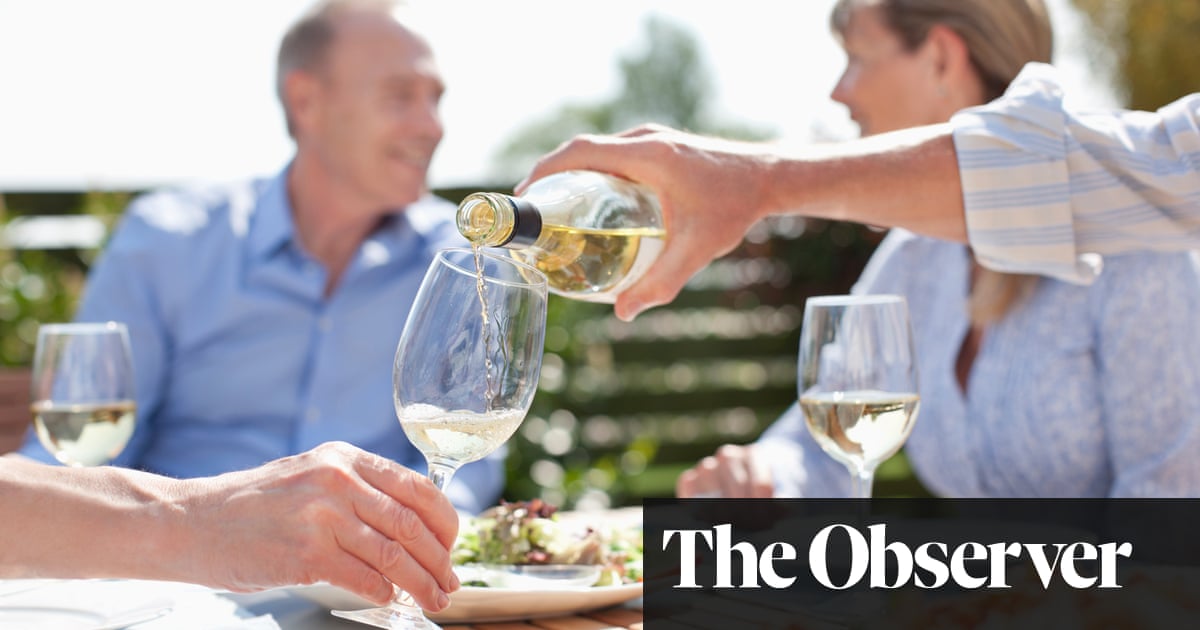