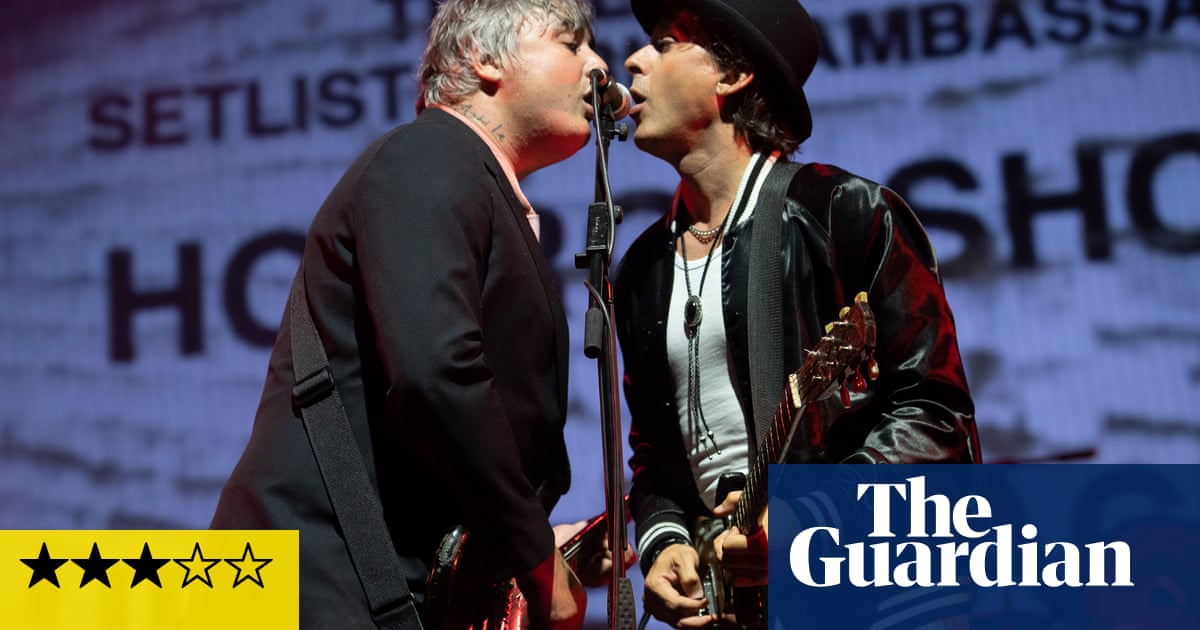 Wembley Arena, London
Carl Barât and Pete Doherty produce some strong moments but without their youthful excitement it’s a rickety affair that wasn’t built for a huge venue

Twenty years ago, when the Libertines released their debut album Up the Bracket, the prospect of Carl Barât and Pete Doherty one day shouting “Hello Wembley!” would have seemed absurd. They were more like a subculture than aspiring rock stars. Embodying Oscar Wilde’s famous line about being in the gutter but looking at the stars, they mixed backstreet squalor with whimsical humour and a poetic yearning for a different, more magical England. They disintegrated two years later, their idealism crushed by drugs and betrayal, before they could get a shot at the big stages.

Tonight, unfortunately, the notion of playing all of Up the Bracket in an arena still doesn’t add up. In 2014 the Libertines played a giant reunion show in Hyde Park but half of Wembley is curtained off to conceal empty seats. The album just isn’t scaleable. Absent the band’s youthful mythology and excitement, it’s a rickety, rackety affair that wasn’t built for any venue large enough to host a sporting event. It’s always nice to see Barât (svelte in white) and Doherty (burly in black) lean into the same microphone, like a kiss, but songs such as Boys in the Band sound truly awful and the whole thing threatens to fall to pieces midway through side two. Attempts at lifting the material – fire dancers, a drum solo, a round of Que Sera, Sera (the football version, not Doris Day’s) – are simply bizarre, before Doherty’s performance of the flimsy B-side Mayday provides a pointlessly bathetic coda. All the while, the Libertines’ beautiful, laughing younger selves caper across the video screen behind them: a pageant of nostalgia which diminishes the present. 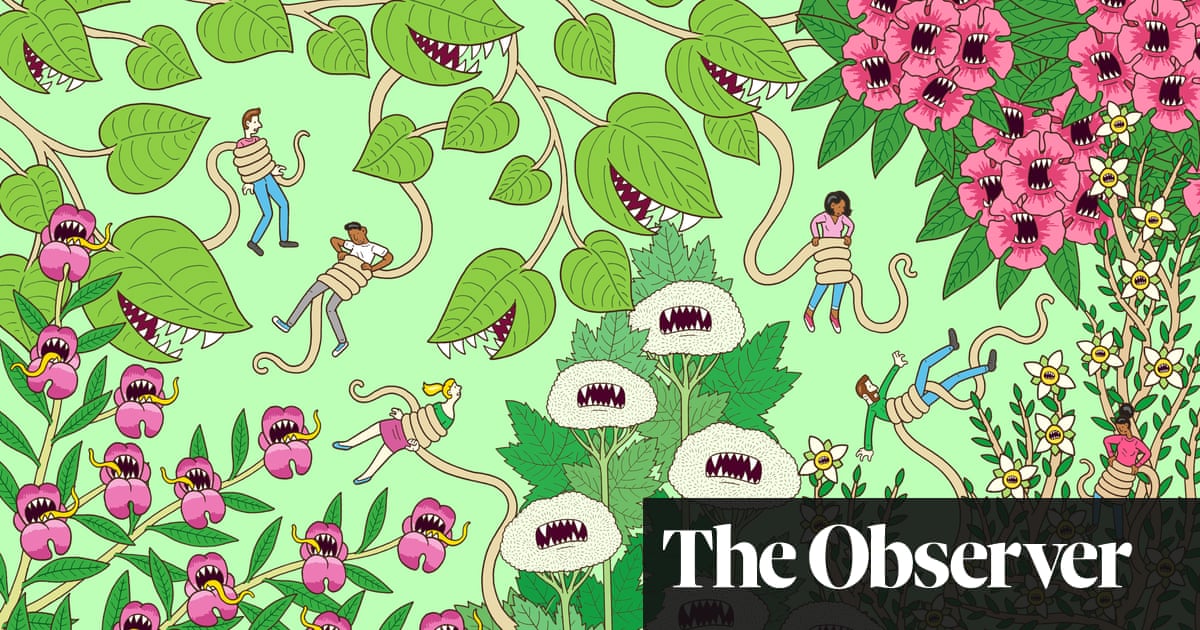 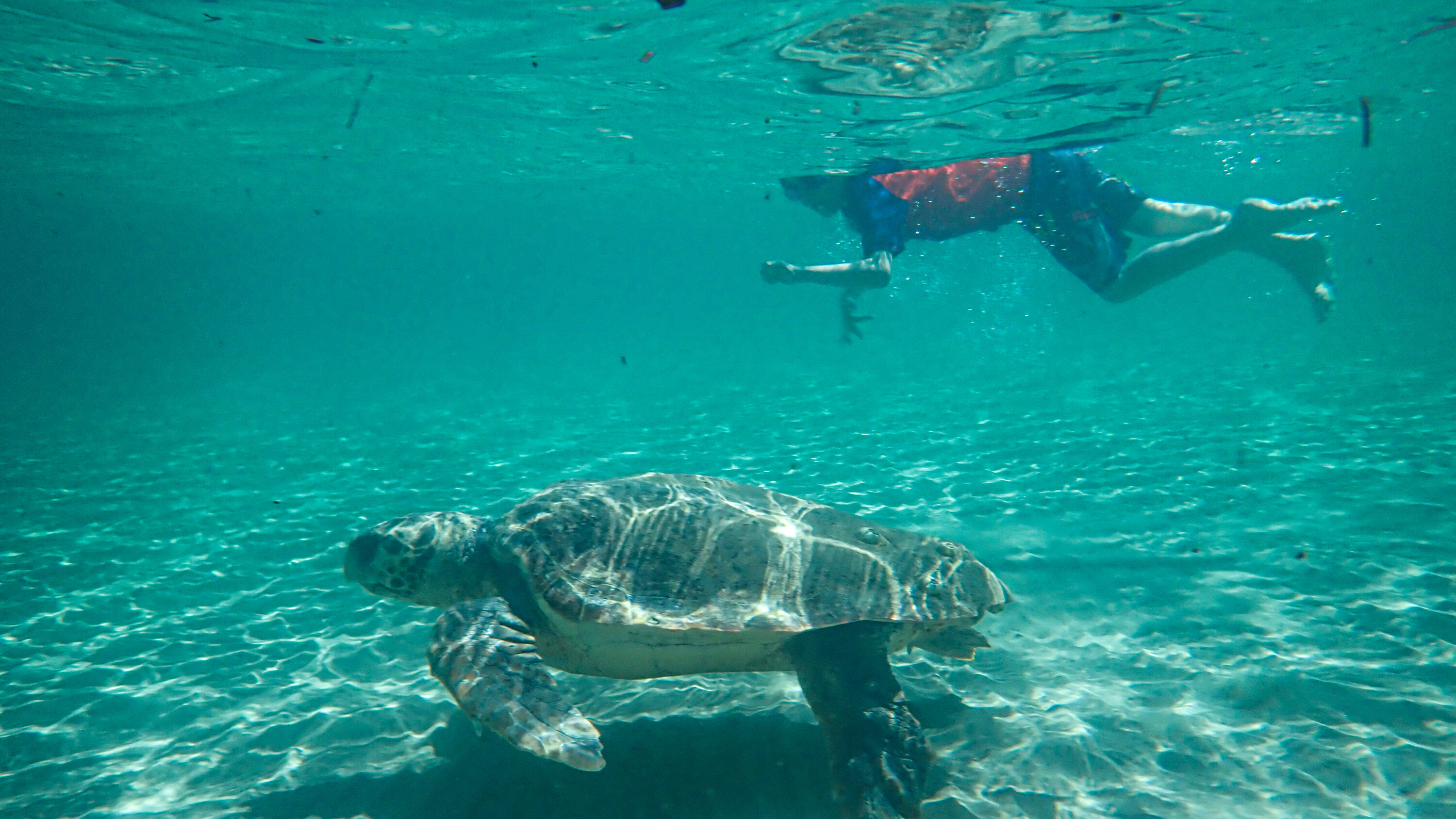