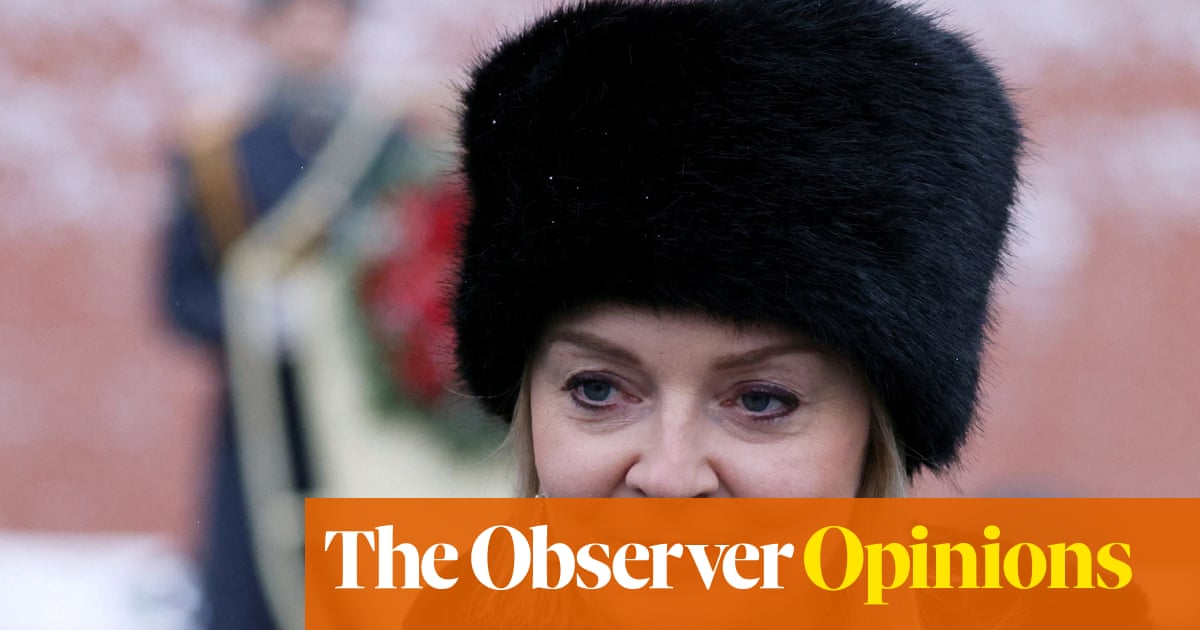 Even the slowest-witted member of the Conservative party must have twigged by now. The pussy-bow blouse she wore to one of the televised debates. All those shriekingly unsubtle snaps of her riding a tank, sitting in a fighter jet and wearing a faux fur hat in Moscow’s Red Square. Added to which are the thudding claims that she is a steely woman of conviction who will bulldoze through establishment obstruction in a heroic mission to save Britain. Liz Truss is not quite so crass as to explicitly call herself the second Margaret Thatcher, but she is very happy to encourage that illusion among Tory members.

She certainly reminds me of a blond prime minister with intense ambitions and an outsize personality, but not that one. The Tory leader she most resembles is not Mrs Thatcher. It is Boris Johnson. Should Tory activists choose Ms Truss, they will be replacing Mr Johnson with someone who shares a lot of his personal and political characteristics. She would be elevated to Number 10, as he was, with a thin record when it comes to governing. “She was never very good at anything she did,” says one Tory who sat in cabinet with her. David Cameron promoted her to the top table in 2014 where she has sat ever since. That makes her the longest continuously serving member of the cabinet and yet colleagues struggle to identify a single standout achievement she can genuinely claim as all her own work.

Her style owes debts to pantomime, another trait she shares with the outgoing prime minister

The most memorable legacy of her period as environment secretary was a toe-curlingly terrible speech to the Tory conference in which she expressed herself scandalised that two-thirds of the cheese eaten in Britain was imported. “That. Is. A. Disgrace,” she declared to bemused delegates and giggling journalists. Her style owes debts to pantomime, another trait she shares with the outgoing prime minister. She has a Johnsonian penchant for boosterish rhetoric expressed in flamboyant phrases. Lacking his flair as an entertainer, she can also sound like a robot with malfunctioning circuits. Her collected quotations include such gems as “I want to surf the zeitgeist to where it’s all happening”.

Theresa May made her the first female lord chancellor and then demoted her after less than a year in a role that overwhelmed her. The first job handed to her by Mr Johnson was international trade secretary which she used to satisfy her voracious appetite for self-publicity. Flanked by a union jack, she hailed every deal she signed as a fantastic triumph for Brexit and herself when most of them simply rolled over agreements Britain had already enjoyed as an EU member.

Mr Johnson promoted her to foreign secretary last autumn because she was popular with Tory activists and he wanted to create a counterweight to Rishi Sunak. An indefatigable tooter of her own trumpet, she boasts that she has “stood up to Vladimir Putin”. The people really doing the standing up are the brave citizens of Ukraine. Ms Truss is just one of a chorus of politicians to make speeches condemning the Russian dictator. She also likes to brag that she presided over the bargain struck with the Iranians to secure the release of Nazanin Zaghari-Ratcliffe. She did put effort into that, but comes distastefully close to suggesting this was an entirely personal coup, rather than the culmination of many years of campaigning by the family and behind-the-scenes negotiation. “I know all politicians do it, but she is a wholesale appropriator of credit she doesn’t deserve,” remarks one senior Tory. That’s another trademark shared with Mr Johnson.

The only constant of his shamelessly self-serving ascent to the top was the advancement of his own ambitions. In extremely challenging times, Britain could now do with a less shallow and narcissistic and more serious and responsible personality at the head of its government. One of the questions troubling many of Ms Truss’s colleagues, less than a third of whom supported her in the final ballot of MPs, is whether her zigzagging political journey has ever been about anything more than limitless self-regard and incessant self-promotion.

She was a leftwing Lib Dem as a student at Oxford and sought attention by moving a party conference motion to abolish the monarchy. After graduating, she morphed into a Conservative. She was a Cameroon “moderniser” when that was the Tory fashion and she was seeking a parliamentary seat. She was a Remainer in the 2016 referendum, arguing that membership of the single market was “precious”.

The power within the Tory party was then in the hands of Remainers and aligning with them looked to be the clever career move. When Out won, David Cameron quit and the Leavers began their takeover of the party, she recanted to become not just a born-again Brexiter, but an ardent apologist for the extremely hard version unleashed on Britain. With the reckless zeal of the late convert, she is hyper-aggressive about the Northern Ireland protocol, saying she is prepared to unilaterally tear up large parts of the agreement with the EU, even at the risk of precipitating a trade war in the middle of a cost of living crisis. For all his bluster, the outgoing prime minister was secretly nervous about what that would do to an already battered economy. In belligerence towards Europe, Ms Truss, the former Remainer, now out-Johnsons Johnson.

“Liz is so much fun!” one of her cabinet-level supporters recently said to me, which is exactly what I used to hear from Johnson backers before they put him in Downing Street. She is another libertarian with a contempt for rules and conventions. The national media first took notice of her when she ran into trouble with local party activists over an affair with the Conservative MP Mark Field. Her marriage survived; his didn’t.

“I’ve never liked being told what to do,” she said in a speech at the London School of Economics in which she lauded those with a “maverick spirit”, mocked environmental regulations and government advice on healthy eating, and exclaimed: “I see myself as the disruptor-in-chief!”

Others say she is a “human hand grenade”. Dominic Cummings, who has known her for a long time, remarks: “She’s about as close to properly crackers as anybody I have met in parliament.” He predicts that she would be an “even worse” prime minister than his former boss. On the basis that it takes one to know one, that assessment is extremely alarming.

The signature pledge of her campaign is that she can magic up £30bn of instant tax cuts by putting the cost on borrowing. Mrs Thatcher would not applaud this; she would be aghast at the frivolity of such fantasy economics. The Iron Lady didn’t believe in unfunded and inflation-fuelling giveaways. She would be horrified by the notion of piling on more national debt when the government is already making record interest payments on its borrowing. Trussism isn’t Thatcherism. What she’s peddling is cakeism. In that sense too, she is the true heir of the outgoing prime minister.

She is the anointed one of the Johnsonites. Jacob Rees-Mogg and Nadine Dorries are her noisiest cheerleaders. The Johnson-backing media has wielded its hatchets in a brutal effort to destroy her competitors. This is in part because she stayed in his cabinet to the shabby end and in part because the Brextremists think she will be their puppet. “She is the adoptive child of the ERG [European Research Group] and all the other batshit groups on the right of the party,” says one Tory MP who would describe himself as a man of the right. Some think Mr Johnson wants her to succeed him not just because he hates Mr Sunak, but because he believes Ms Truss will protect him and his secrets. Mr Cummings has a conspiracy theory, which sounds so wacky it could be true, that Mr Johnson reckons there’s a good chance she will blow up at Number 10, opening the door for him to return.

He is the only prime minister of modern times to have been fired by his own MPs for being unfit to hold the office. In those circumstances, and paying attention to what the public think, you might expect the Conservative party to choose a successor who is as little like him as possible. Apparently not. If the polling of the intentions of the tiny selectorate is accurate, the Tory party is embracing someone with many strikingly similar characteristics. The last thing Britain wants or needs is a Boris Johnson Mark 2, but there is nothing Britain can do to stop Tory activists handing the keys of Number 10 to another wild blond opportunist whose primary talent is the spinning of fairytales. 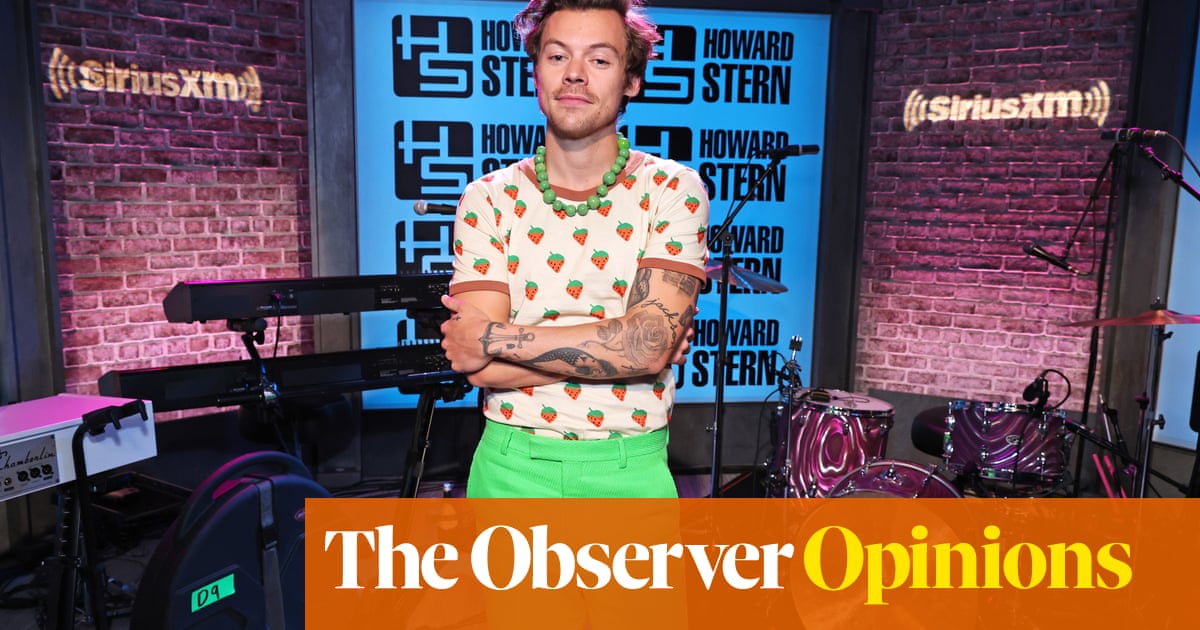 Previous post You can now study for a first-class degree in … Harry Styles. And why not? 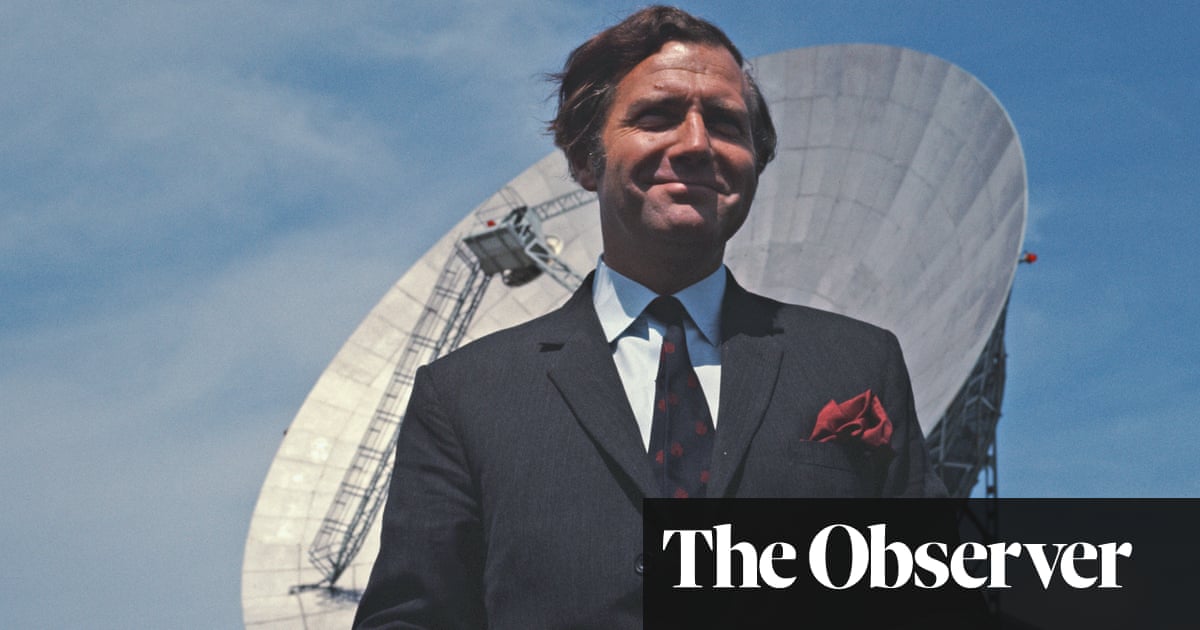