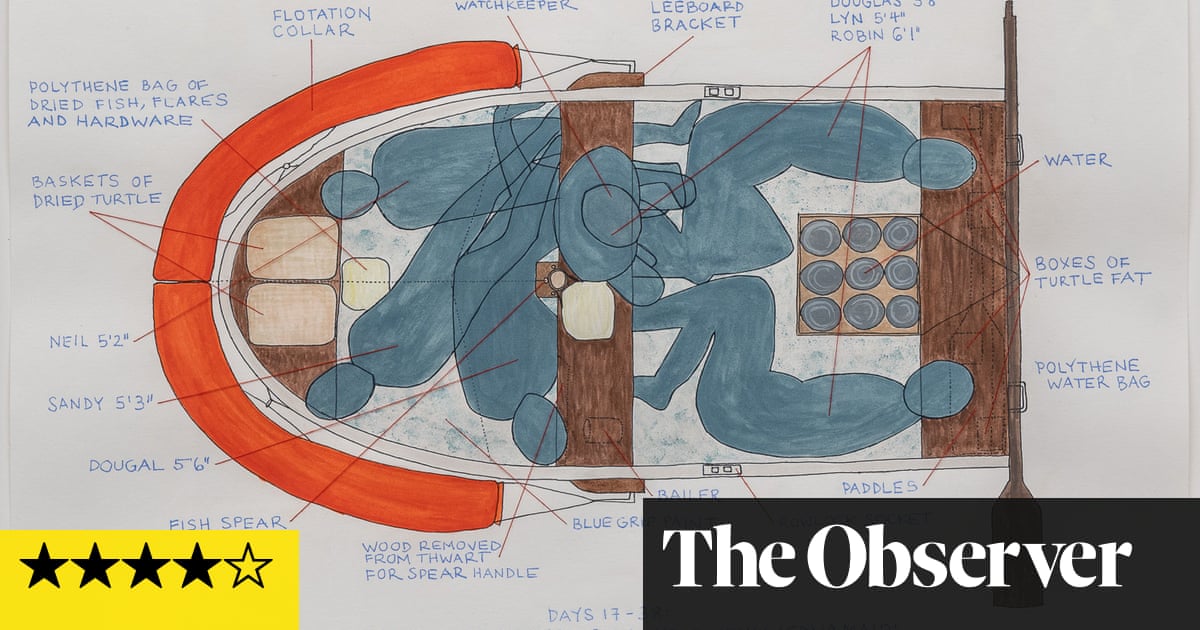 In June 1972, the Scottish farmer Dougal Robertson was sailing across the Pacific with his family when a pod of killer whales attacked their schooner, Lucette. Robertson was about to drink his morning coffee when the hull beneath his feet suddenly split to reveal the fathomless ocean. The family had approximately two minutes to gather everything they could and board the lifeboat before the ship sank into the blue. And it was on this fragile dinghy that four adults and two children managed to survive without charts or compass, against 20ft waves, circling sharks, thirst, sunstroke and starvation for a staggering 38 days.

A coffee cup appears at the start of the American artist Nina Katchadourian’s riveting show, raised upon a plinth like a modernist sculpture. The original is lost beneath the waves, of course, somewhere off the Galápagos Islands. But Katchadourian has worked hard to find an exact replica, constantly checking to see if she has got it right with Douglas, eldest of the Robertson children, 18 at the time of this trauma. Accuracy is vital. For this is nothing less than an attempt at imaginative recreation.

The Robertsons had to catch turtles, drink their blood for fluid and eat their eggs for protein

Katchadourian first came across the story at the age of seven in Dougal’s international bestseller Survive the Savage Sea, and has read the book almost every year since. Now 54, she is much admired for her curious and playful inquiries into our place in the world, construed in every medium from sculpture, painting and film to sound and performance. Her best-known works include the photographic Lavatory Self-Portraits in the Flemish Style, all made on a single long-haul flight using paper towels and other aeroplane flotsam, and her never-ending The Genealogy of the Supermarket, which interrelates all the people who appear on common grocery products as if they were all one big family. Think taxonomy, anthropology, comedy: Susan Hiller with a sense of humour.

How to convey the unbelievable ordeal endured by the Robertsons, if you were not there? Katchadourian starts with the whale, and its scale. On the wall hangs a lifesize painting of an orca, stretching all the way along the first gallery. It carries no menace at all – until you notice the outline of the dinghy on the floor. The Robertsons started out with two vessels, but the raft soon deflated and they were confined to a dinghy only 9ft long. Katchadourian draws paradoxically elegant diagrams showing how body interlocked with body, awake and asleep, jammed together like human sardines.

Dougal Robertson was heroic, inventive and unbelievably stern. Recordings from his book are audible on headphones through the show. The moment they saw a ship, which did not see them (he is filled with “the bitter aggression of a predator”). The nightmarish plan to drift towards the doldrums, because at least there is a chance of being temporarily becalmed. The systematic hunting and gutting of ocean creatures, and the rage when anyone lets such a creature escape.

But these are interspersed with the words of Douglas, whose story diverges from that of his father in the most poignant ways. He remembers the terrible fights between his parents, the strange diminishing of hunger with the passage of time, the beauty of the wide sky above the boat. He also speaks with extraordinary eloquence of the moment when a Japanese trawler finally came into view, saw and saved them. A fisherman handed down a rescue rope and Douglas took it. “To feel something that was not us, that was not of our world, that was so good.”

On the floor below is a spiral of blond rope formed in a disc, like a great yellow moon. Katchadourian enters into the ordeal with shapely humility. She has made the most beautiful wire sculptures of the creatures they caught: sea turtles, flying fish and dorado, which seems to float against the blue of the gallery walls as if submerged, halfway between skeleton and memory.

She interviews Douglas by phone, text and WhatsApp from her studio in New York and his home in Barnet, their messages often printed out to add to the growing narrative on the wall. The Robertsons had to catch turtles, drink their blood for fluid and eat their eggs for protein. What did the eggs taste like? Douglas, his memories evergreen, describes the slight crunch followed by a burst of soft sweetness. Katchadourian piles a heap of Lindt’s Lindor truffles on a plinth.

For although this show is deeply committed to knowledge – how to navigate and survive the savage ocean, how to catch a flying fish without capsizing a dinghy, how to make an enema using turtle oil – its ultimate concern is with human empathy. What it felt like for Dougal, Douglas, his mother and nine-year-old twin brothers, not just to eat raw bleeding catch but to be so close to death and somehow remain hopeful.

The exhibition is densely crammed into the basement of Pace London’s towering headquarters when it could have expanded across several floors. You have to bend low to see news cuttings of the Robertson rescue alongside Elvis’s divorce, and the outline of the dinghy would have been better marooned in some oceanic upper gallery. But Katchadourian has made the most of her given space, and her ideas. Art is always asking what it was like, what it looked like, what it felt like, and seeking to show the answers. This show – which includes her own attempts to contain an ocean in a tiny watercolour – achieves this in the most novel and inventive ways. It ends with breakfast on the Japanese trawler: a narrative strung between two coffee cups. 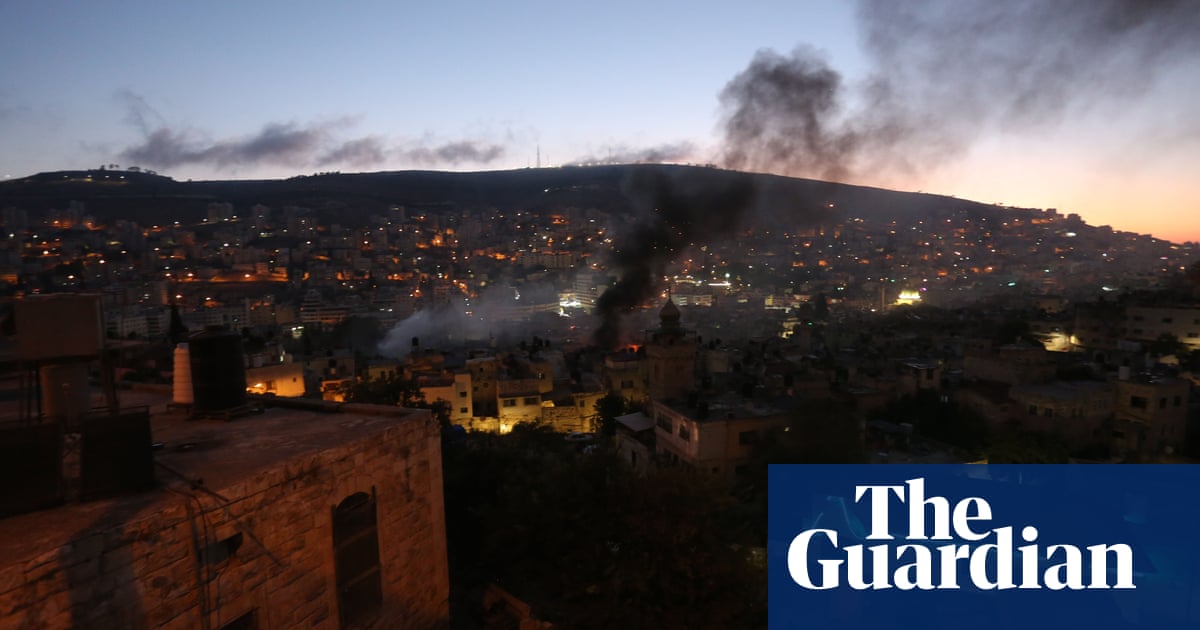 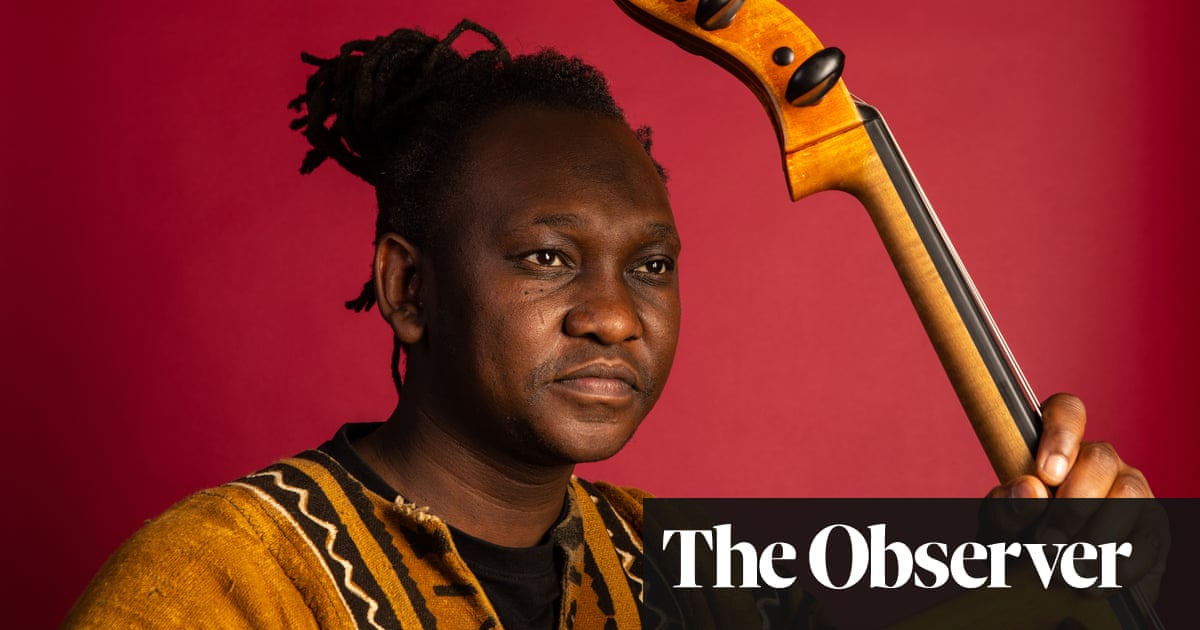