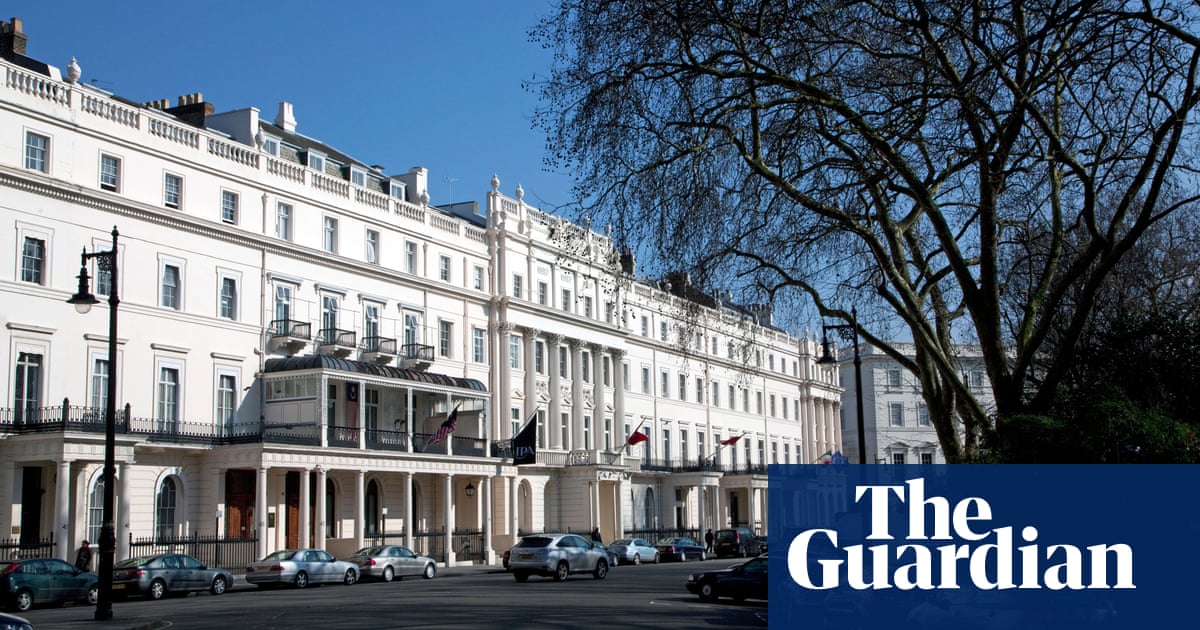 The collapse in the value of the pound has led the global super-rich to buy up 61 luxury London properties each worth more than £10m in the first six months of 2022 – the highest number in a decade.

The total value of £10m-plus homes changing hands so far this year has topped £1bn as international buyers continue to be attracted to London despite Brexit.

The Guardian understands the sales include a 12-bedroom mansion on Belgrave Square that sold for more than £90m. The sale has not yet been recorded by the Land Registry, but both the selling and buying agents confirmed that the transaction took place last month.

Belgrave Square, which is about equidistant between Buckingham Palace and Harrods, is popular with wealthy overseas families as it is home to a number of foreign embassies.

Other ultra-luxury homes sold so far this year, according to Land Registry filings analysed by property service LonRes, include a mansion on The Boltons in Chelsea that sold for £42m, a King’s Road pad for £40m and Mayfair home near Hyde Park for £40m.

Anthony Payne, managing director of LonRes, said there was “a hell of a lot of money around chasing very few properties, and of course that is pumping up prices”.

He said the drop in the value of the pound, which has fallen by 11% since the start of the year to $1.20, had attracted overseas buyers looking for “a deal”.

“The rich have a lot of money at the moment,” he said. “Governments have thrown in huge liquidity, and whilst a lot of people are in pain financially, a lot of rich people have a lot of money to spend. They want to put it into property, and lock in while interest rates are low.

“Buying agent searches for super-prime properties, registered on LonRes, are at their highest level ever which would all point to continued momentum in the immediate months ahead.”

One agent, he said, had been retained by three buyers from China who each had a minimum budget of £20m.

More than 10 apartments in No 1 Grosvenor Square have sold so far in 2022 at values between £15m and £40m, according to the promoters.

Henry Pryor, a buying agent, said the market was not suffering from a lack of Russians buying and selling following sanctions imposed following the invasion of Ukraine.

“There are very few professionals in London missing the Russians,” he said. “The Capital still has global appeal to the very wealthy from other parts of the world as well as our own domestic market. Maybe the odd central estate agent [has], but for the rest of us their place has already been taken and the market has moved on without missing a beat.”

Some agents said the flurry of activity could have been sparked by foreign buyers rushing to complete before the introduction of new rules that will force overseas buyers to declare their ownership from next month. The new register of overseas entities maintained by Companies House comes into force on 1 August.