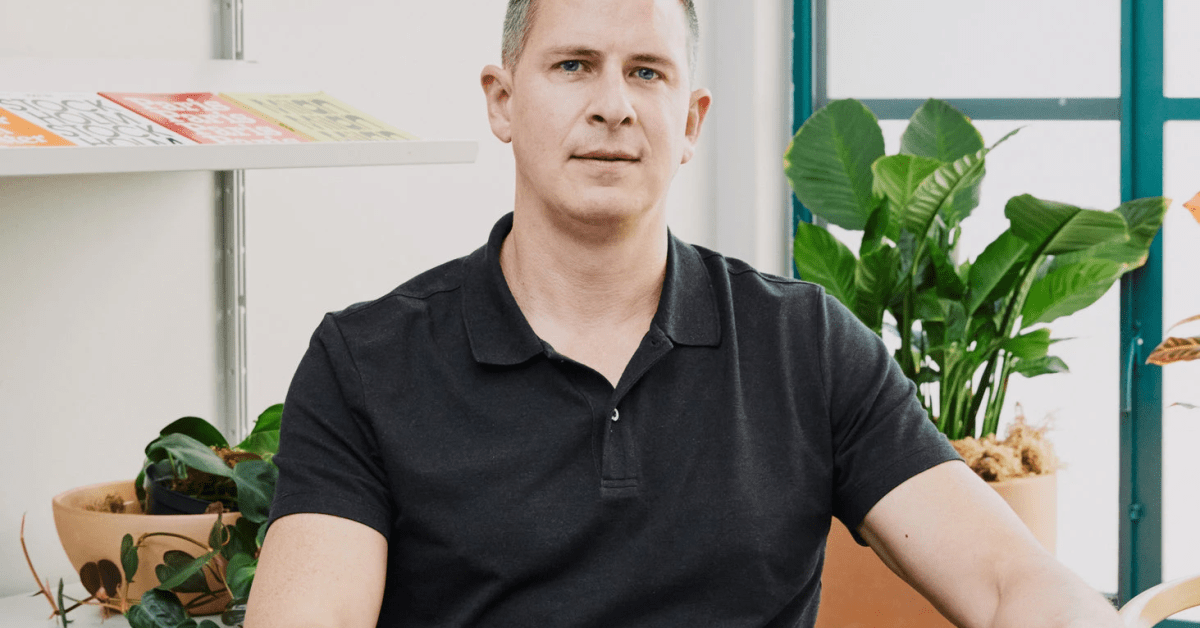 Before its August recess, the U.S. Senate may vote on a bill that seeks to restrain anticompetitive behavior by the likes of Amazon, Google, Meta and other tech giants. Sonos chief executive Patrick Spence has pushed hard for the measure, which would protect the maker of premium sound systems and other smaller businesses.

The legislation will stop dominant players “from being able to simply leverage their power and balance sheets to destroy competition,’’ says Spence, a tech-industry veteran known for sounding off about Big Tech.

The antitrust bill would, among other things, prohibit platforms like Google and Amazon from favoring their own products and services. Advocacy groups bankrolled by major tech companies have spent tens of millions on ads to fight the proposal, saying it would kill popular resources like Google Maps. “They wouldn’t be spending millions and millions of dollars to stop us if we didn’t have momentum,’’ noted Sen. Amy Klobuchar (D., Minn.), the bill’s primary backer, during a Senate speech on July 19. Proponents hope the proposed legislation will quickly pass the full House as well.
[time-brightcove not-tgx=”true”]

Sonos, which offers wireless speakers, soundbars, amplifiers and related services, is a scrappy underdog that has flourished despite competitive threats from sizable rivals since its 2002 debut, Spence says. The company fought Google’s rise in smart speakers by lodging a complaint with the U.S. International Trade Commission. In January, the ITC barred Google from importing products that used five Sonos patents.

The companies are still at odds. A Google spokesman tells TIME that the company works hard to support the customers that it shares with Sonos, but “Sonos is now claiming to own technology that was developed by Google.”

Born and raised in Canada, Spence once dreamed of becoming the country’s prime minister. He earned a University of Western Ontario honors degree in business and administration, then joined RIM shortly before the small Canadian company launched the BlackBerry. The device propelled the company’s growth, and by 2007—the year Apple released the first iPhone—RIM was the world’s largest smartphone producer. Spence ultimately led global sales and regional marketing. Sonos hired him as chief commercial officer in 2012. He has been CEO since 2017 and took Sonos public the following year.

Even as he does battle with bigger competitors, Spence is comfortable with Sono’s place in the tech industry food chain. “Being the underdog keeps you focused on innovating, competing, and serving customers uniquely,’’ he adds, while seated near shelves crammed with Sonos products at the company’s Santa Barbara, Calif., headquarters.

Spence, 47, recently spoke with TIME.com about a possible Google settlement, his expansion plans, and coping with supply chain headaches.

(For coverage of the future of work, visit TIME.com/charter and sign up for the free Charter newsletter.)

This interview has been condensed and edited for clarity.

How will your ITC victory help remove tech giants’ threats to other smaller players?

It sends a message that they can’t just copy what startups are doing and will have to either pay a licensing fee or not be in the market. We have invested in intellectual property and have been willing to stand up to Google. Going to the ITC has cost us millions of dollars. That’s been a good avenue for us to enforce that intellectual property. But it doesn’t change the rules of the game for startups in the way the pending antitrust legislation does.

In late June, the U.S. Customs Service ruled Google had violated the ITC’s importation ban by still infringing on certain Sonos home audio patents. To resolve issues involving both decisions, do you expect Google ultimately will strike a patent licensing agreement with Sonos?

We remain open to a settlement, but that’s up to them. I’m not going to comment on talks with anybody. We’ve always been open to licensing our patents and today have licensing agreements with a couple of companies. We remain open to future ones. We should be compensated for our inventions.

What do you value most about your 14 years at RIM?

I initially was product manager for RIM’s Interactive Pager, the precursor to BlackBerry. With about 150 people there, nobody really cared about titles. It was a fast-paced environment and an opportunity to leap ahead in my career. Every two years, I did a different job. I grew up inside that company.

In late 2008, RIM introduced an alternative to Apple’s iPhone known as the BlackBerry Storm, its first touchscreen device. You subsequently said that short-lived move didn’t focus on RIM’s strengths and customer needs. What did the Storm’s failure teach you about the best strategy for Sonos to compete effectively against corporate giants?

In hindsight, RIM should have built the next best BlackBerry and not a response to the iPhone. With Storm, we threw away a decade of customer loyalty and a lot of our reputation for great products. That did make me paranoid about how Sonos should respond to competitive threats. When Amazon and Google jumped in with small $25 speakers, there was a faction inside Sonos that said, ‘We can build a better $25 speaker than those companies.’ I said, ‘That’s exactly what we’re not going to do because I’ve seen this movie before.’ So we didn’t respond by competing directly with those companies and betraying everything we’re about. Instead, we leveraged services they provide, such as by offering their voice assistants on a very innovative Sonos speaker that can support multiple assistants.

Most big tech solutions are a mile wide and an inch deep. Big tech companies want all your data to monetize it in different ways. We are a mile deep and an inch wide. We’ve upped the game on privacy and speed. Instead of sending all your data to the cloud, we focused on running the Sonos voice assistant locally in your house. This is the way we respect what our customers want. We continue to grow and navigate the giants because we have a unique spot in the marketplace.

How did management experiences at RIM shape your leadership style at Sonos?

At RIM, I thought being involved in everything was a sign of strength and leadership. When I came to Sonos, I recognized that great leadership requires getting the right people into the right positions. Today, I have nine direct reports who are experts in their area. During weekly one-to-one chats, I ask, ‘How can I help you be successful and us move forward?” Every six months, we agree on priorities. At RIM, I also tried to show up as leaders I had read about. But Jack Welch is not who I am. I’m now much more comfortable bringing up things I learned through team sports growing up, such as how we should work together.

(For coverage of the future of work, visit TIME.com/charter and sign up for the free Charter newsletter.)

You’ve described your current supply chain woes as crazy. Sonos expects its supply challenges and component shortages to last through the 2022 fiscal year, ending Sept. 30. How badly are these shortages hurting your industry and Sonos?

The availability of components is still a big challenge for any consumer electronics organization. We usually have two circuit board options for any product. Because of the shortage, we’ve had to build seven different circuit boards to use in some products, and that probably implicates dozens and dozens of suppliers. If we didn’t do that, we wouldn’t be shipping product. It’s a heroic effort on the part of our engineering teams.

Sonos long focused on filling every house with music. However, you recently entered the automotive arena with a sound system installed in Audi’s latest electric mid-size SUV. Why did you diversify into cars and what other arenas might you expand into next?

Cars will become more entertainment-like hubs as they head toward being more autonomous. Audi is our toe in the water, but cars hold a lot of future promise. We want to be anywhere people are experiencing sound. There are a lot of areas where we don’t play today. Cafes and offices offer a lot of opportunity.

You have fulfilled your commitment to launch at least two products a year, a track record that Sonos didn’t achieve consistently before you became CEO. What steps did you take to accelerate new product launches?

When we didn’t have that goal, our last product had taken three years to ship. We invested in two more teams to pursue prototypes and other ideas. As an entire company, we also got organized around these two moments. The forcing function helped get us to the point where we say, ‘Here’s something great we can build and not get caught up in being perfect, the enemy of great.’ If you go for perfection, you’ll never ship anything. It was a big breakthrough culturally. To make a culture change, I took one of our earliest employees who was then leading our software team. I made him chief product officer to lead the entire initiative and get the product team working that way. Putting him in that position was a key to getting us on the path to introduce at least two new products every year.

As tough, bigger rivals devise fresh tactics to undercut Sonos, frequent innovation may get harder. What must Sonos do differently to keep introducing at least two cool items every year?

We’re investing more in research and development to make sure we’re pushing the envelope on new concepts, ideas, and partnerships. Probably my number one job is trying to get people comfortable with the fact things are changing. I work on making sure we adapt. The key job of any leader is stretching colleagues out of their comfort zone to get to the next big innovation. Complacency is the killer for so many companies.

What about resilience? Why is it so critical for successful business leaders?

We face challenges every day that we can’t see coming. For example, we will be navigating whatever these macroeconomic headwinds turn out to be over coming months. You have to understand and bounce back from those challenges and stay pretty even keel by using your energy to have resilience.

You do a 5:30 a.m. beach workout six times a week. How does it help you bounce back from inevitable work crises?

My workout is almost meditative. That really prepares me for anything thrown at me later that day. Incorporating that mental aspect is probably the most important part of starting my day well. 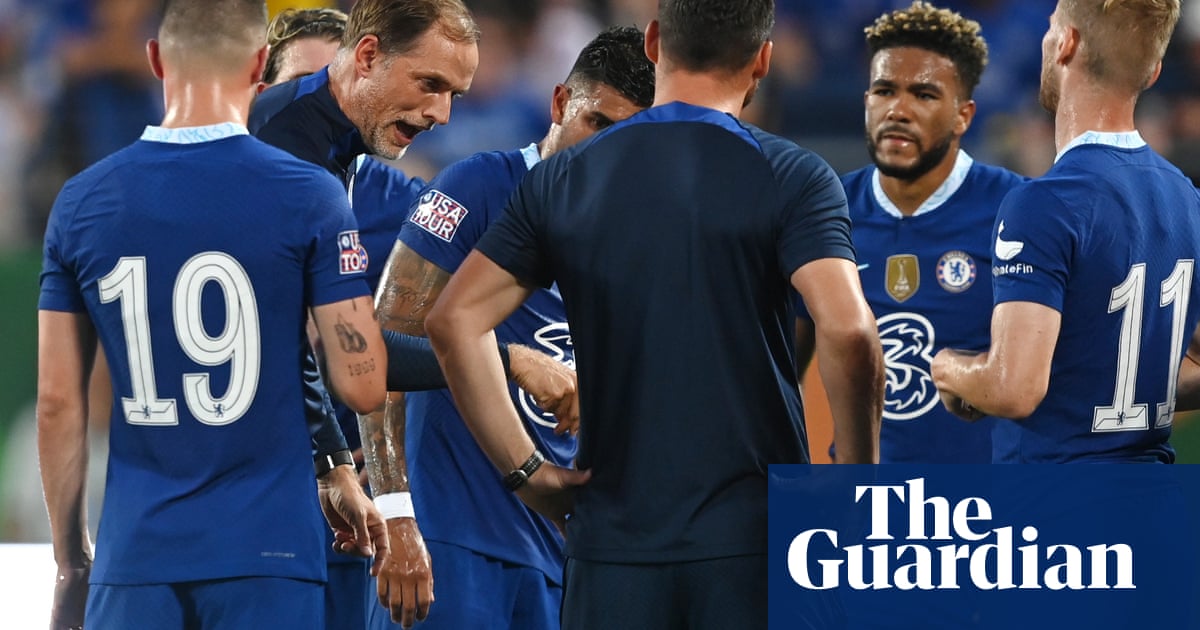 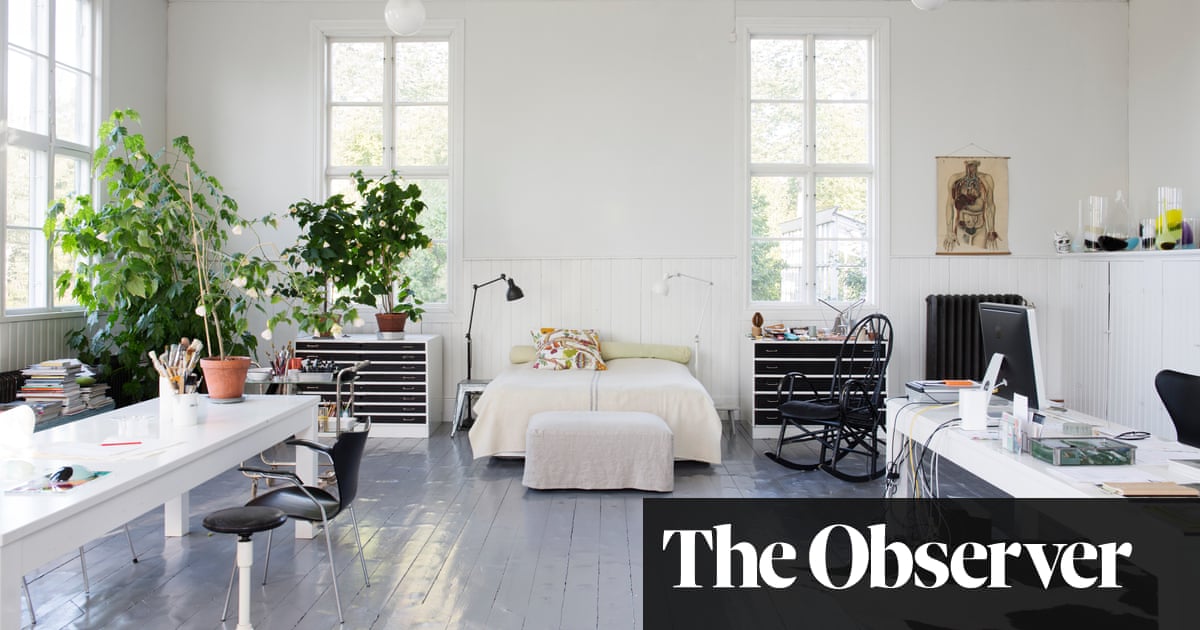