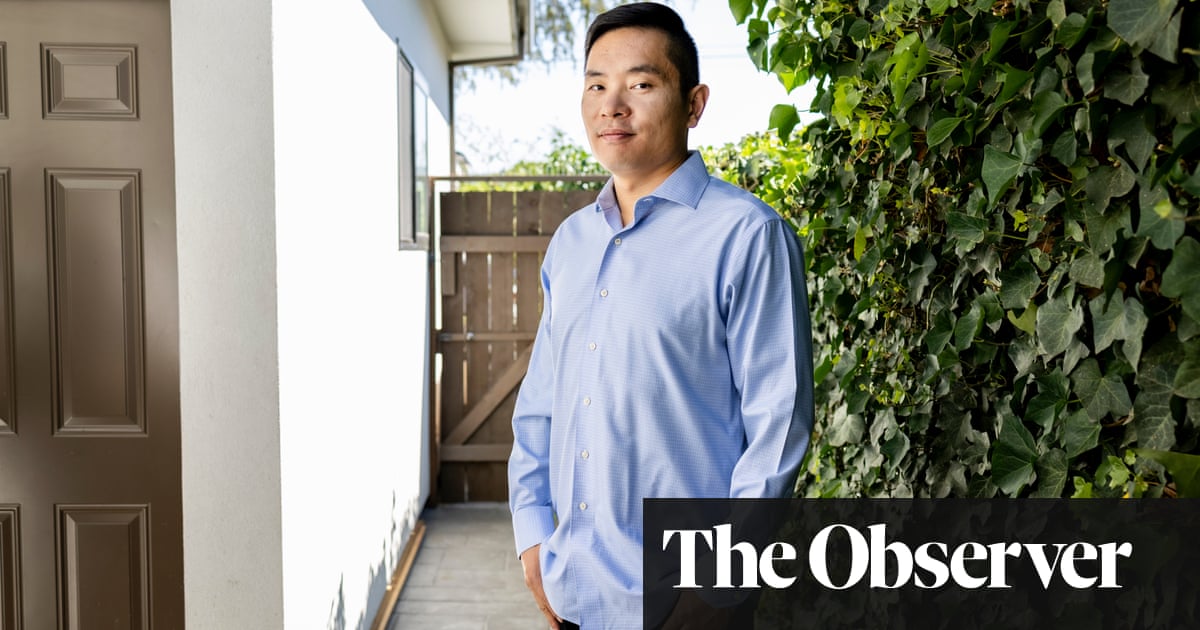 In 2012, 30-year-old Jia Jiang walked up to a stranger and asked if he could borrow $100. “No” was the response from the baffled man sitting in a hotel lobby. He wanted to know why he was being asked, but Jiang didn’t explain; he just said thanks then walked away. This was Jiang’s first day of rejection therapy, a concept created by Canadian entrepreneur Jason Comely that challenged people to approach strangers with weird requests to build their resilience against rejection.

Jiang’s fear of rejection centred on a memory of being shunned in school as a young boy. A teacher had invited classmates to come up with compliments for one another, but they all went silent when it was Jiang’s turn. It dented his confidence for decades. By his 30s, he was working as a senior marketing manager, but his dream of developing mobile apps was stalled by fear of his pitches being rejected.

When Jiang searched online for help all he could find was faux-inspirational advice. Then he discovered Comely’s website, rejectiontherapy.com. On the site Comely explained that he wanted to “break the tyranny of social anxiety” by designing a “real-life game” with just one rule: “You must be rejected by another person at least once, every single day.” He created 30 daily challenges where getting rejected was the goal. Players had to ask a stranger for a free ride, or ask for a discount when buying something. They would succeed by being denied – and hopefully overcome the pain of failure by facing it head on.

When I started, my goal was to say, ‘All right, I’ll get rejected and learn from the rejection to become tougher’

Jiang liked the idea so much he took it 70 steps further, creating 100 challenges for himself. “When I started, my goal was to say, ‘All right, I’ll get rejected and learn from the rejection to become tougher,’” he says. The questions he asked were straightforward but awkward, such as requesting a free night’s stay at a hotel or asking for a selfie with a stranger.

Jiang now works full-time helping others overcome the same trepidation he faced. When I speak with him on Zoom he’s sitting in front of a green screen in his California home which he uses as a backdrop when coaching clients around the world. “The fear of rejection actually holds a lot of us back,” he says. “Even in our DNA it’s just something that we want to avoid.” Jiang is calm, confident and charismatic – a transformation from the awkward presence in the first YouTube video which he posted a decade ago.

But why is it that we fear social rejection to such an extent? Social psychologist Naomi Eisenberger designed a study with her UCLA colleague Matthew Lieberman. “We started really simply with the question: what goes on in the brain when people feel socially excluded?” she says. “We brought people into the fMRI scanner and had them go through a game in which they were excluded.” The virtual game, Cyberball, involved subjects tossing a ball back and forth with two other participants. Except the other players didn’t really exist – they were avatars programmed to stop throwing the ball to the subject at a certain point in the game.

This allowed Eisenberger to track what happened in the brain when subjects were included and then excluded from a social activity, and she made an interesting discovery. The regions of the brain that were activated when a person felt left out were the same regions that were activated during physical pain. “From this early study we sort of thought, ‘OK, maybe there’s a reason people talk about feeling rejected as feeling hurt. Maybe there’s a good reason we use physical-pain words to describe these experiences of social pain.”

Eisenberger says this borrowing of the pain system is probably a result of our reliance on caregivers during our infancy stage. “As a mammalian species, we’re born immature. We need to make sure we stay close to a caregiver to get the appropriate food, protection and warmth,” she explains. “If it’s so important to stay close to a caregiver, then it might be really adaptive to feel bothered, pained and distressed if we’re separated.”

Over time this protective system may have expanded its duties and now kicks in whenever we feel our connections with friends, family or social groups are under threat. “There was something kind of beautiful about it,” Eisenberger says, reflecting on the discovery. “It shows just how important our social connections are; that we’re using what I think of as a really primitive system, this pain system, to ensure that we stay connected to others.”

When I describe this rejection-therapy challenge to clinical psychologist Michael Stein, he says he loves the idea: “It’s fantastic. It’s exactly what I would recommend for people with social anxiety.” Stein has specialised in treating anxiety disorders using exposure therapy for more than 14 years, assisting clients from his private practice, Anxiety Solutions, in Denver, Colorado. He says it’s one of the most research-supported treatments available and uses a variety of methods to actively confront anxiety.

Rejection therapy is fantastic. It’s exactly what I would recommend for people with social anxiety

“Short-term avoidance of anxiety leads to long-term maintenance of anxiety,” Stein tells me. “Anything you do when you feel anxious to try to make yourself feel better might work in the moment, but it actually guarantees more anxiety the next time you’re in a similar situation.” Exposure therapy does the exact opposite: it forces you to endure the uncomfortable feeling. But the goal isn’t necessarily to feel less anxious – instead you’re learning to tolerate the emotion, at least to begin with.

Stein’s advice is to target the type of rejection you’re most worried about and practise exposure at a pace you can handle. When things get difficult, remind yourself of the benefits which outweigh the anxiety.

On day three Jiang walked into a Krispy Kreme and asked for a special doughnut in the shape of the Olympic rings. He was hoping for a quick no, but this time things were different. Jackie, the worker behind the till, paused with confusion, then started sketching a design. Fifteen minutes later she completed the request and gave them to Jiang free of charge. Jiang shared the interaction online and it was featured on the front page of Reddit, receiving millions of views. “That’s what really got me all the press and notoriety,” he says. “Later, I wrote a book and gave a TED Talk, and now I do tons of speaking – but all of that key knowledge accumulated over those 100 days.”

Over three months Jiang played football in a stranger’s back garden, got Santa to sit on his lap and ticked off a lifelong ambition: teaching a class at a college campus. This was when he fully discovered the benefits of risking rejection. “When I finished teaching that class I walked out crying,” he says during his Ted Talk. “I saw I could fulfil my life’s dream just by simply asking.”

By day 30 Jiang had raised his resilience to rejection and gained confidence in himself and faith in others, as many said yes to his strange requests. “We often expect the worst,” he says. “In reality almost everyone is nicer and less confrontational than we think.” Jiang used this newfound self-esteem to become the entrepreneur he had always wanted to be. In 2016 Comely called him up and they made a joint decision that the SocialRejection domain should switch hands to him.

“Jiang was the obvious successor”, Comely tells me. “He expressed his interest in buying Rejection Therapy years earlier and I guess it was time. I cried the day I sold it, though.” Comely returned to school and now works to help the homeless, while Jiang started his business running rejection therapy consultations, and in 2018 launched his mobile app. The TikTok hashtag #RejectionTherapy has had more than 23m views.

Jiang’s advice for others? Rejection is inevitable so don’t avoid it and don’t take it personally. “We think every rejection is like an indictment of who we are, and every acceptance feels like a confirmation of our merit,” he says. “It’s not. It’s just an opinion.”

A decade on, Jiang still puts himself in the occasional vulnerable position to keep his tolerance high. He’s aware his resilience to rejection doesn’t come naturally, but he believes it’s worth pursuing. “I found this thing to be more like an exercise,” he says. “You’ve got to keep doing it to be able to maintain that muscle.” 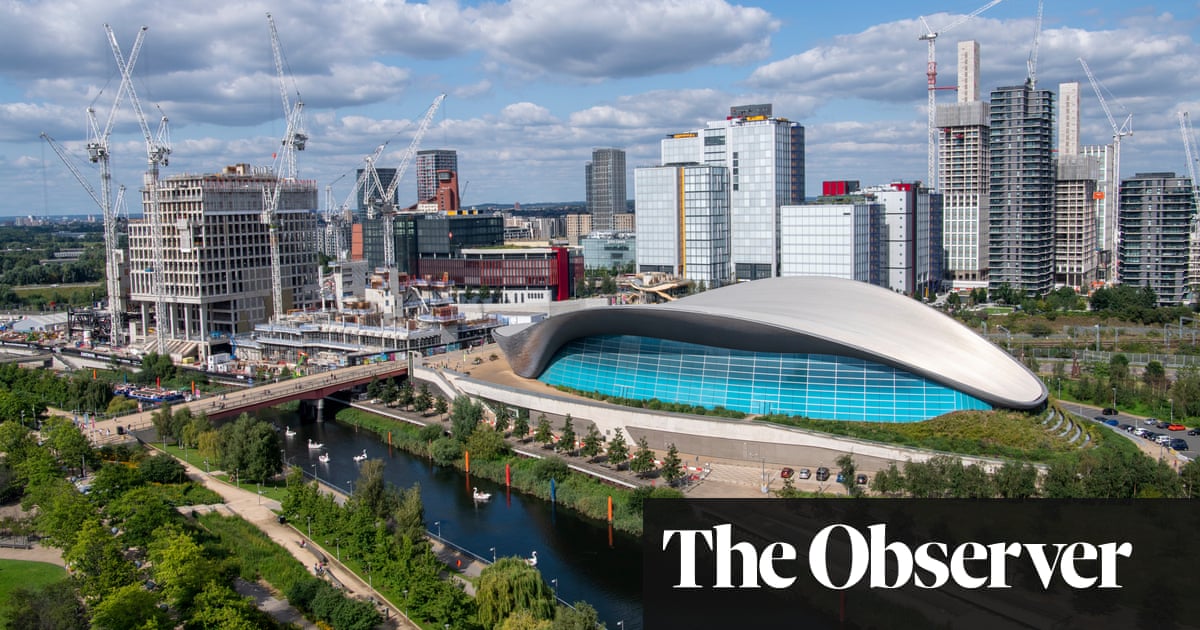 Previous post ‘The kind of place planners have dreamed of’: the London Olympics site 10 years on 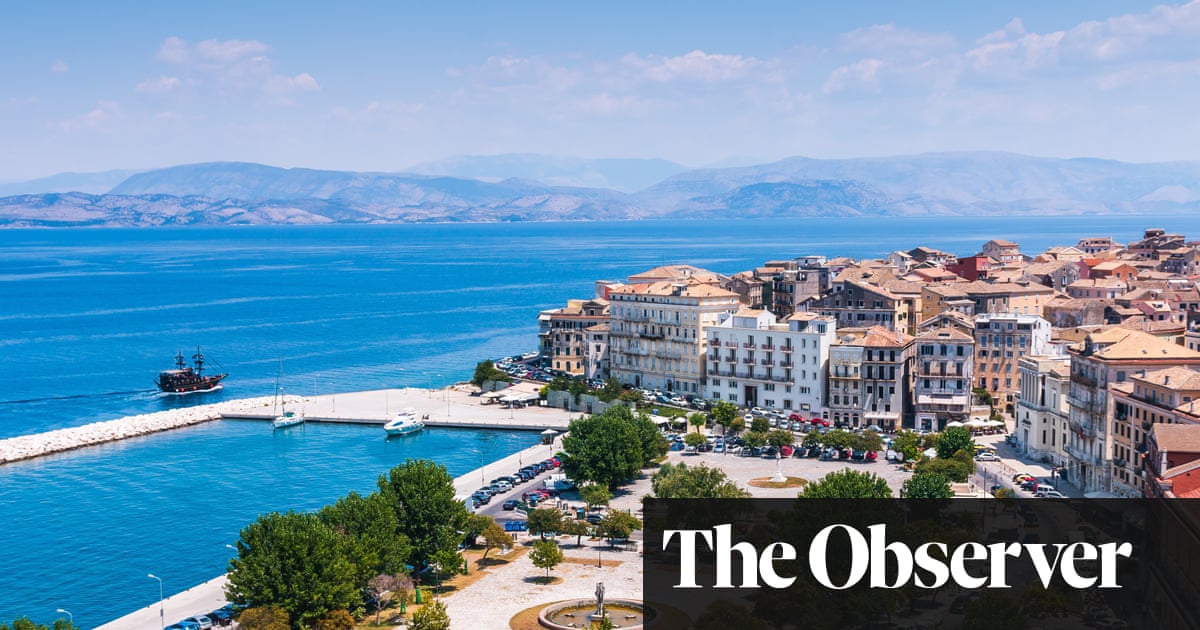