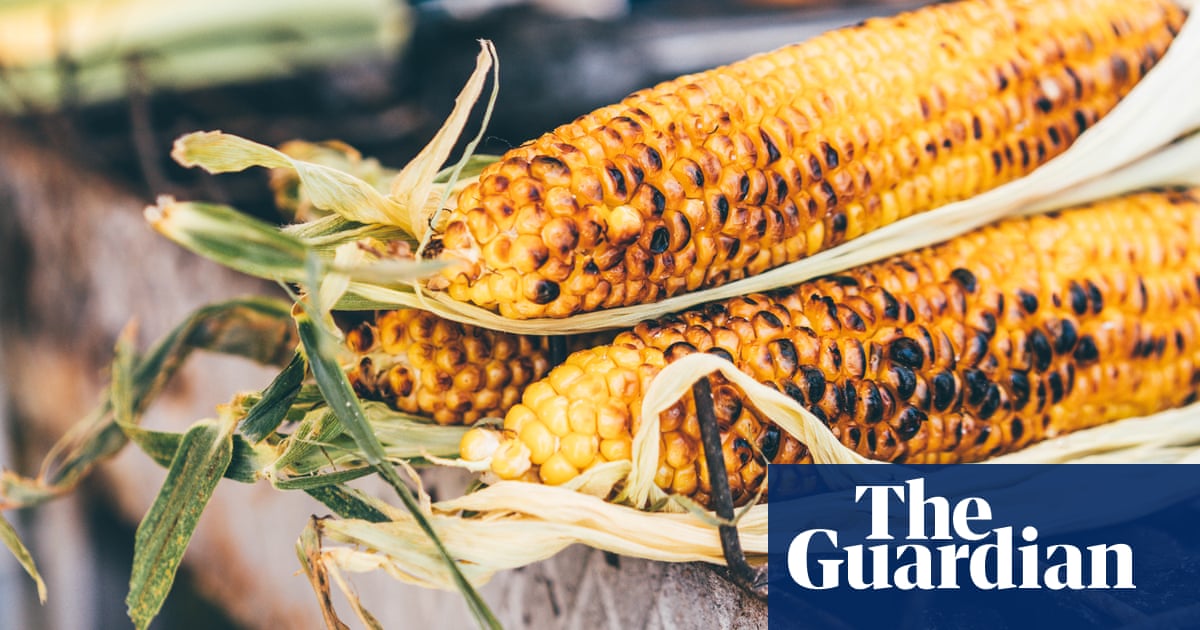 What can I cook outdoors – on a barbecue or campfire – that’s easy and requires minimal equipment?
Josh, Norwich

When playing with fire, home or away, chef Itamar Srulovich suggests staying “in the realm of wrapped food”. And the simplest solution is whole sweetcorn. “It’s the ultimate summer food, and I can’t get enough of it,” says the co-founder of Honey & Co. Make sure you get corn with the husk on, mind: “Grill them directly on the barbecue and the kernels will steam inside – it’s like their own little cooking vessel.” Once the corn is cooked and cool enough to handle, remove the husks and pop them back on the barbie, “to give a little smokiness”, then brush with chilli butter and honey: “It’s so good.”

Prawns also fit the wrapped food bill nicely: “Leave the shells on,” Srulovich says, “not only because they give a huge amount of flavour, but they also protect [the meat] from the heat.” Essentially, the prawns are being steamed in their own juices. “Have them with a little olive oil and lemon dressing or marinate in tons of crushed garlic and sea salt,” he suggests. “Just the smell of garlic and prawns on the grill… I drool.”

Few outdoor eating experiences are complete without a skewer or two, either. If you’re using lamb, chef and former MasterChef finalist Sandy Tang suggests mixing your cuts: “Leg and breast meat have plenty of fat, which will render off over the hot grill and give a really crisp texture.” Marinate the diced meat overnight with onion, cumin, salt, pepper and egg, which “helps to tenderise it, and ensures it stays juicy over the fire”. The next day, thread on to skewers, alternating with chopped onion, then chuck on the grill.

Eggs are the building block of most decent breakfasts, and that needn’t change when you’re in the great outdoors. Start the day with a hearty yet equipment-light “inside-out” omelette, as Danny Jack and Hailee Kukura, authors of Van Life Cookbook, do; they serve it in wedges with salad or rice. “Make an omelette as you normally would, adding any cooked vegetables, but don’t fold it over at the end.” Jack and Kukura melt butter or olive oil in a nonstick frying pan over a high heat, pour in the egg mix and cook, stirring occasionally, for 30 seconds. “Reduce the heat to medium-low, spread the egg around the pan and cook gently for two to three minutes.” Once browned on the bottom and cooked through, slide the omelette on to a plate, spread ricotta, mascarpone or natural yoghurt over the surface, and crown with chopped spring onions, cherry tomatoes and blanched greens (green beans, peas, broad beans, say). “Garnish with chopped herbs, season, then drizzle with olive oil.”

Potatoes are another great balm to a night on a sleeping mat. “Everyone loves baking potatoes in the embers of a fire – especially kids,” Gill Meller writes in his book Outside. He sizzles sliced leeks and onions in melted butter, then adds the scooped-out middles of baked potatoes. Mix in more butter, wholegrain mustard and cheddar, then pile it back into the potato skins. Sprinkle it with cheese to finish, because, let’s face it, cheese means happy campers. 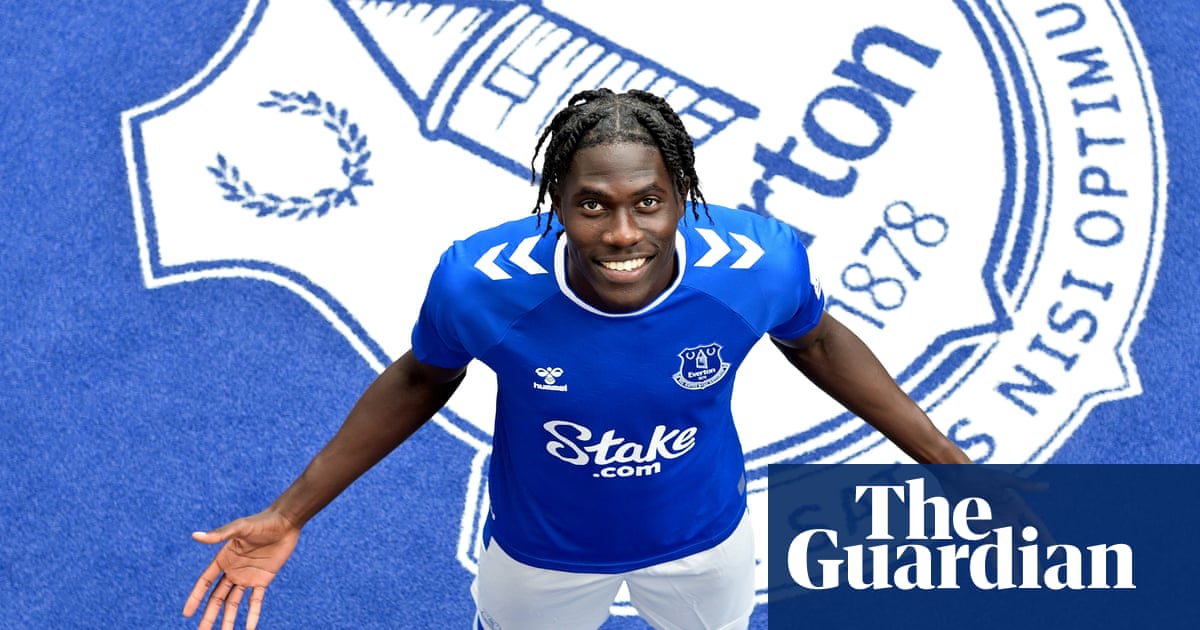 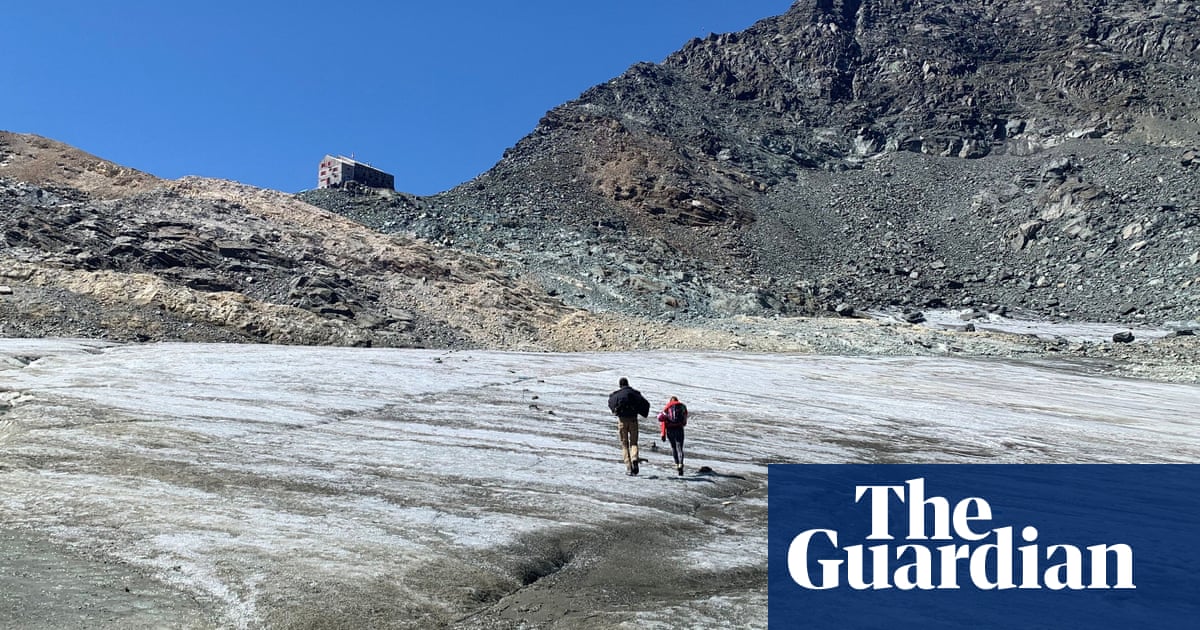