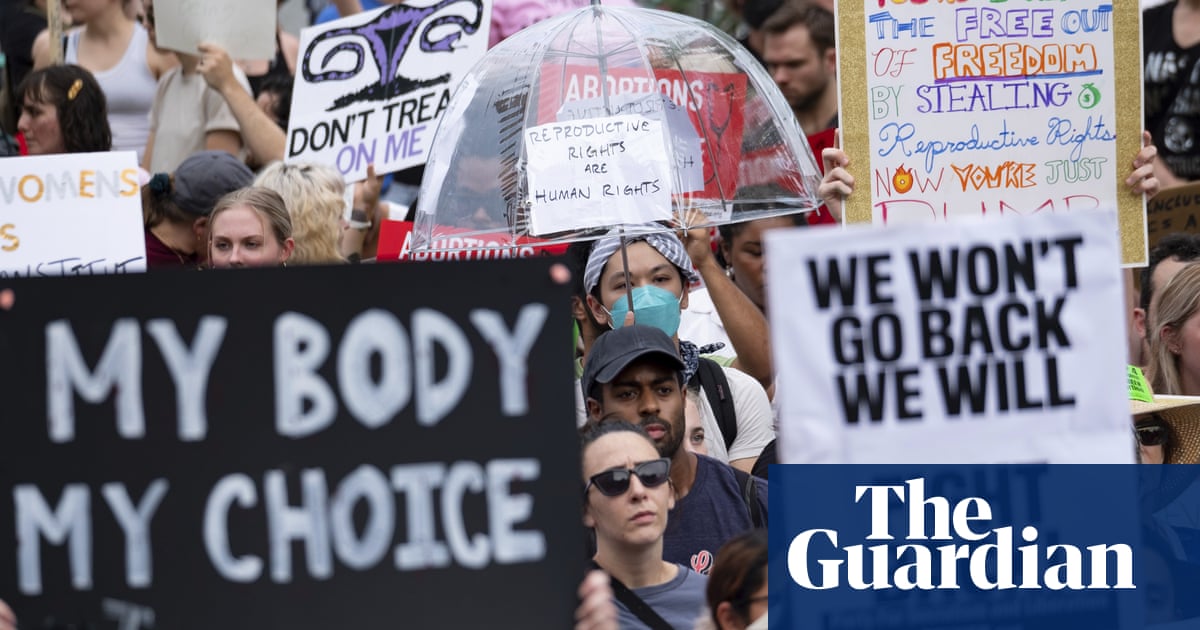 Supporters of reproductive rights in Congress are calling on the government to clarify to foreign aid recipients that the end of abortion rights in the US does not affect US-funded family planning programs abroad, and to limit the damage of a half-century-old law that has functioned as a blanket ban that prevents US aid from supporting abortion care overseas.

Their efforts come as the Biden administration looks for ways to support abortion rights in the wake of the supreme court decision overturning Roe v Wade – which scrapped abortion rights – and amid signs that abortion rights could be a persuasive issue in midterm elections.

A group of senators on Thursday sent a letter to Samantha Power, head of the US Agency for International Development, asking her to address “confusion” and make clear to aid recipients that the changing landscape of abortion rights in the United States does not affect USAid’s support for “the full range of family planning and reproductive health care services” permitted under the law.

“The US is the largest donor of reproductive health and family planning services in the world,” the New Jersey senator Cory Booker told the Guardian. “In order to mitigate the harms of the Dobbs decision globally, we must do all we can to increase access to reproductive health information and safe abortion care at home and abroad.”

On Wednesday, more than 100 reproductive and gender rights groups signed on to a separate letter sent to Power and the secretary of state, Anthony Blinken, asking them to clarify that the 1973 Helms amendment – which restricts overseas aid for abortion – does not affect abortions for those who suffered rape and incest or pregnancies that threaten the health of the mother.

Reproductive rights advocates say that the Helms amendment has led to many thousands of preventable maternal deaths since its passage, disproportionately affecting brown and Black women in poor countries and undermining healthcare systems that are reliant on US support.

The Helms amendment blocks US foreign aid from funding “abortion as a method of family planning”. Elsewhere, US law is clear that the definition of “family planning” excludes pregnancies as a result of rape and incest, along with abortion to save the life of the pregnant person.

But aid recipients overseas, fearing the loss of crucial US funds, have often misinterpreted the law as a total ban, the advocacy groups say.

“[M]any organizations receiving US assistance lack proper guidance from USAid and the state department on the scope of the law and unduly limit the care they provide in fear of falling afoul of US funding restrictions,” the letter reads. “In practice, this means that people are frequently denied often life-saving health information and that many victims of sexual assault and incest in medical emergencies are deprived of legal and necessary health care.”

Booker, along with senators Tammy Duckworth, Mazie Hirono, Tina Smith and Richard Blumenthal, recently introduced a bill to repeal the Helms amendment, a version of which was first introduced in the House of Representatives in 2020 by congresswoman Jan Schakowsky of Illinois. With the 60-vote threshold required to advance legislation in the Senate, however, its prospects are dim.

“Procedural hurdles do not hinder my commitment to reproductive rights and the health of women across the globe,” Booker said. “Although the filibuster is a big obstacle, we can’t be intimidated by Republicans’ use of it to suppress and block effective legislation that the American people want, especially when the legislation would help people and save lives.”

But supporters of the bill insist that the Biden administration does not need to turn to Congress to save lives – it can do so immediately by issuing guidance to US aid recipients laying out the exceptions to the law.

The Guttmacher Institute, a reproductive rights research group, has estimated that 17,000 maternal deaths would be prevented every year if the Helms amendment were repealed, along with 19 million unsafe abortions.

Another congressional letter sent earlier this month, signed by 76 members of Congress from both the House and Senate, highlighted the impact of the law, as it is currently interpreted, on Ukrainian victims of Russia’s invasion.

“As we write, there are mounting reports of Russian forces inflicting rape, sexual slavery and forced pregnancy on Ukrainians,” the letter read. “As currently applied, Helms amendment restrictions on US foreign assistance funds mean that none of the more than $1.2bn in US humanitarian aid can be used to support victims who need access to safe abortion.”

A domestic counterpart to Helms, the Hyde amendment was passed three years later and continues to bar federal Medicaid funds from supporting abortion access in the US. Critics say that both laws first and foremost penalize poor people and people of color, who are most likely to need US government support to access care.

The Helms amendment was named for Jesse Helms, the arch-conservative senator from North Carolina who was an outspoken opponent of abortion, civil rights, LGBTQ+ rights and government-funded Aids research. The law that bears his name was part of a conservative backlash to the Roe v Wade decision that established a federal right to abortion before being overturned in June.

“It really is unconscionable to imagine that a survivor of rape is being denied abortion services because they happen to go to a clinic that receives US foreign assistance,” said Bethany Van Kampen Saravia, senior legal and policy adviser to Ipas, an international reproductive rights organizations that spearheaded Wednesday’s letter on behalf of advocacy groups. “There is not a single law that says that they have to do that.”

She pointed as an example to the Democratic Republic of the Congo, where rape has been commonly used as a weapon of war. While abortion laws there were recently liberalized to allow the procedure in cases of rape, clinics continue to turn away pregnant victims out of fear of losing US funds.

Among other moves, the administration has created a taskforce to coordinate the federal effort to protect abortion rights, directed the health and human services department to explore ways to support people in states with bans and sued in Idaho where the government argues the ban conflicts with federal law.

The government could immediately mitigate the harms of US abortion policy by clarifying the exceptions to the Helms amendment, Van Kampen Saravia says. 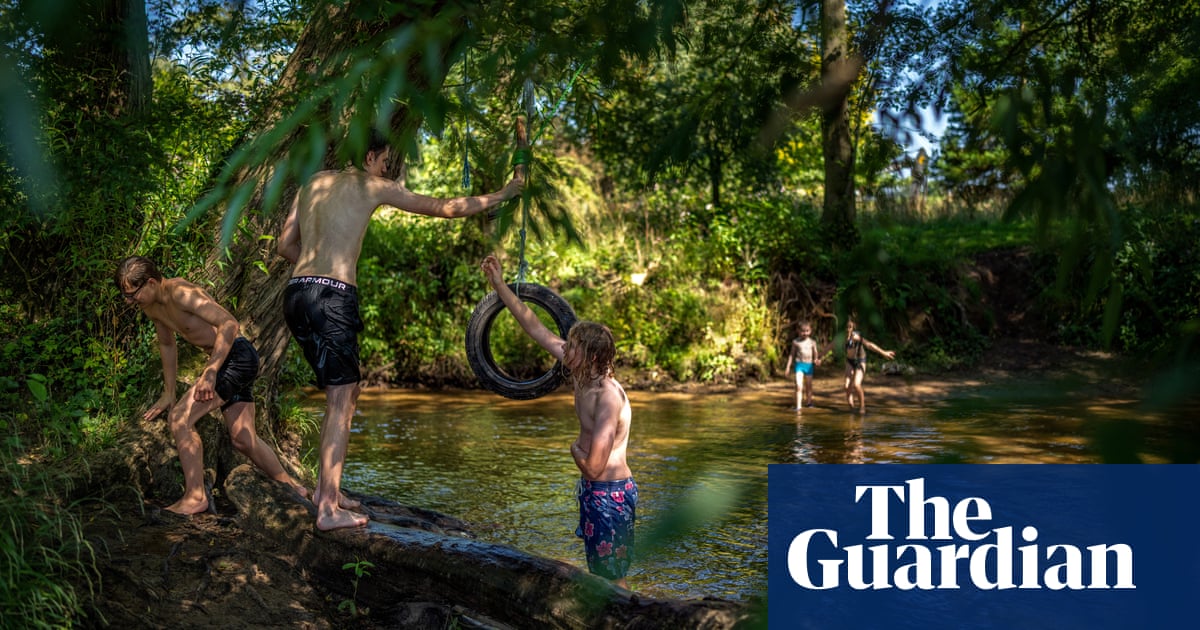 Previous post Keep your cool: how to stay safe when wild swimming in a heatwave 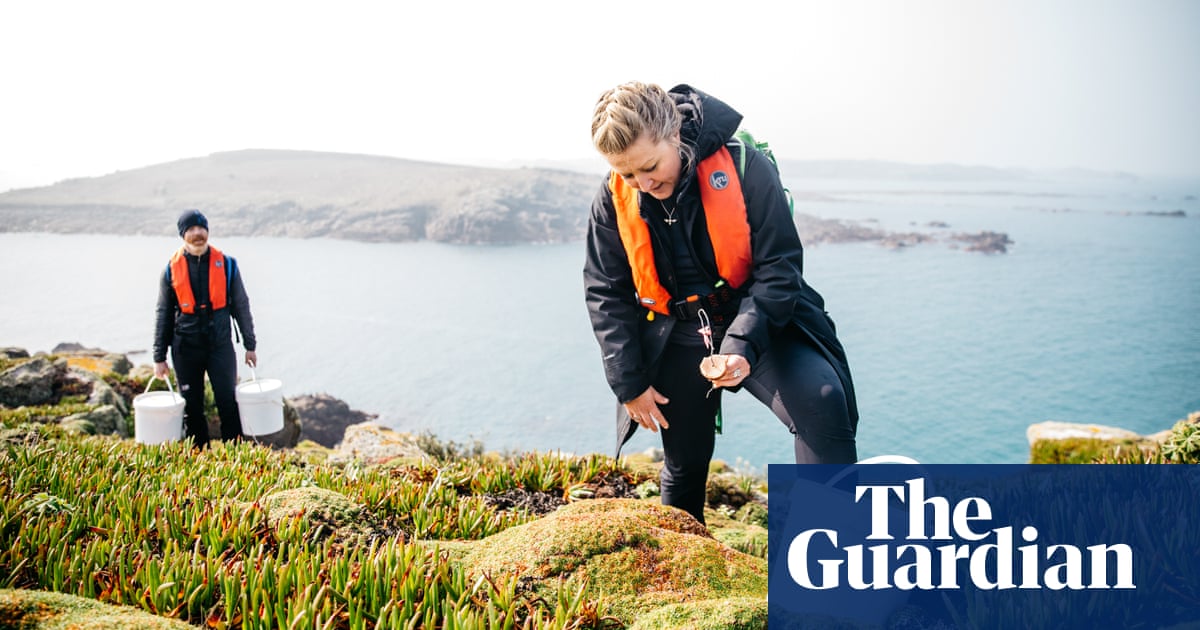