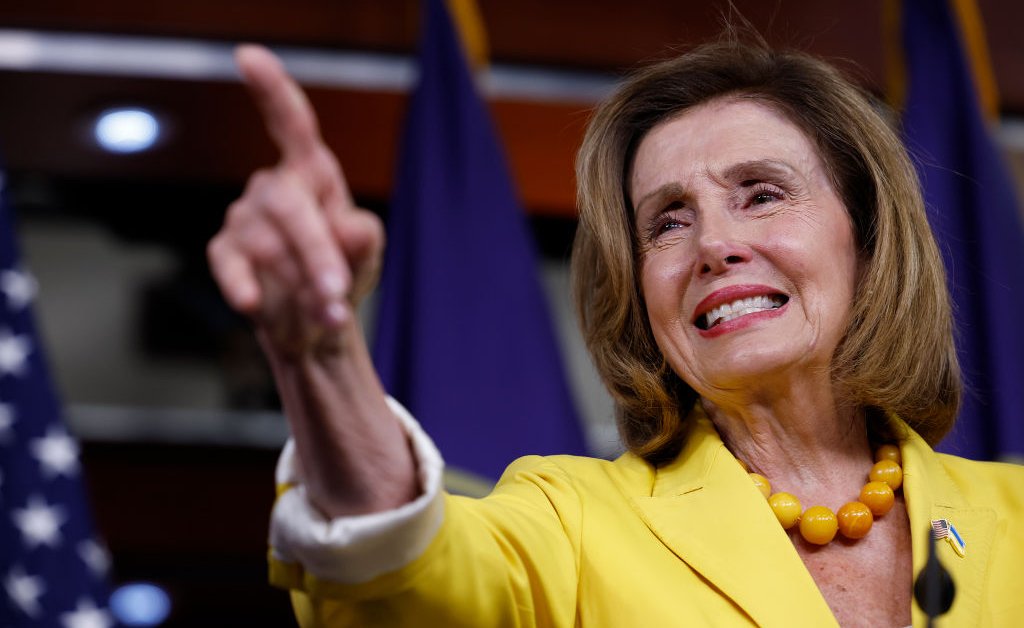 (WASHINGTON) — A divided Congress gave final approval Friday to Democrats’ flagship climate and health care bill, handing President Joe Biden a back-from-the-dead triumph on coveted priorities that the party hopes will bolster their prospects for keeping their hold on Congress in November’s elections.

The House used a party-line 220-207 vote to pass the legislation, which is but a shadow of the larger, more ambitious plan to supercharge environment and social programs that Biden and his party envisioned early last year. Even so, Democrats happily declared victory on top-tier goals like providing Congress’ largest ever investment in curbing carbon emissions, reining in pharmaceutical costs and taxing large companies, a vote they believe will show they can wring accomplishments from a routinely gridlocked Washington that often disillusions voters.
[time-brightcove not-tgx=”true”]

“Today is a day of celebration, a day we take another giant step in our momentous agenda,” said House Speaker Nancy Pelosi, D-Calif. She said the measure “meets the moment, ensuring that our families thrive and that our planet survives.”

Read More: The Inflation Reduction Act Is About to Jumpstart U.S. Climate Policy and Change the World

Republicans solidly opposed the legislation, calling it a cornucopia of wasteful liberal daydreams that would raise taxes and families’ living costs. They did the same Sunday but Senate Democrats banded together and used Vice President Kamala Harris’ tiebreaking vote to power the measure through that 50-50 chamber.

“Democrats, more than any other majority in history, are addicted to spending other people’s money, regardless of what we as a country can afford,” said House Minority Leader Kevin McCarthy, R-Calif. “I can almost see glee in their eyes.”

Still, the final legislation remained substantive. Its pillar is about $375 billion over 10 years to encourage industry and consumers to shift from carbon-emitting to cleaner forms of energy. That includes $4 billion to cope with the West’s catastrophic drought.

Another $64 billion would help 13 million people pay premiums over the next three years for privately bought health insurance. Medicare would gain the power to negotiate its costs for pharmaceuticals, initially in 2026 for only 10 drugs. Medicare beneficiaries’ out-of-pocket prescription costs would be limited to $2,000 starting in 2025, and beginning next year would pay no more than $35 monthly for insulin, the costly diabetes drug.

Read More: How the Inflation Reduction Act Could Lower Your Drug Costs

The bill would raise around $740 billion in revenue over the decade, over a third from government savings from lower drug prices. More would flow from higher taxes on some $1 billion corporations, levies on companies that repurchase their own stock and stronger IRS tax collections. About $300 billion would remain to defray budget deficits, a sliver of the period’s projected $16 trillion total.

Against the backdrop of GOP attacks on the FBI for its court-empowered search of former President Donald Trump’s Florida estate for sensitive documents, Republicans repeatedly savaged the bill’s boost to the IRS budget. That is aimed at collecting an estimated $120 billion in unpaid taxes over the coming decade, and Republicans have misleadingly claimed that the IRS will hire 87,000 agents to target average families.

Rep. Andrew Clyde, R-Ga., said Democrats would also “weaponize” the IRS with agents, “many of whom will be trained in the use of deadly force, to go after any American citizen.” Sen. Chuck Grassley, R-Iowa, asked Thursday on “Fox and Friends” if there would be an IRS “strike force that goes in with AK-15s already loaded, ready to shoot some small business person.”

Few IRS personnel are armed, and Democrats say the bill’s $80 billion, 10-year budget increase would be to replace waves of retirees, not just agents, and modernize equipment. They have said typical families and small businesses would not be targeted, with Treasury Secretary Janet Yellen directing the IRS this week to not “increase the share of small business or households below the $400,000 threshold” that would be audited.

Republicans say the legislation’s new business taxes will increase prices, worsening the nation’s bout with its worst inflation since 1981. Though Democrats have labeled the measure the Inflation Reduction Act, nonpartisan analysts say it will have a barely perceptible impact on prices.

The GOP also says the bill would raise taxes on lower- and middle-income families. An analysis by Congress’ nonpartisan Joint Committee on Taxation, which didn’t include the bill’s tax breaks for health care and energy, estimated that the corporate tax boosts would marginally affect those taxpayers but indirectly, partly due to lower stock prices and wages.

The bill caps three months in which Congress has approved legislation on veterans’ benefits, the semiconductor industry, gun checks for young buyers and Ukraine’s invasion by Russia and adding Sweden and Finland to NATO. All passed with bipartisan support, suggesting Republicans also want to display their productive side.

It’s unclear whether voters will reward Democrats for the legislation after months of painfully high inflation dominating voters’ attention and Biden’s dangerously low popularity with the public and a steady history of midterm elections that batter the party holding the White House.

The bill had its roots in early 2021, after Congress approved a $1.9 trillion measure over GOP opposition to combat the pandemic-induced economic downturn. Emboldened, the new president and his party reached further.

They called their $3.5 trillion plan Build Back Better. Besides social and environment initiatives, it proposed rolling back Trump-era tax breaks for the rich and corporations and $555 billion for climate efforts, well above the resources in Friday’s legislation.

With Manchin opposing those amounts, it was sliced to a roughly $2 trillion measure that Democrats moved through the House in November. He unexpectedly sank that bill too, earning scorn from exasperated fellow Democrats from Capitol Hill and the White House. 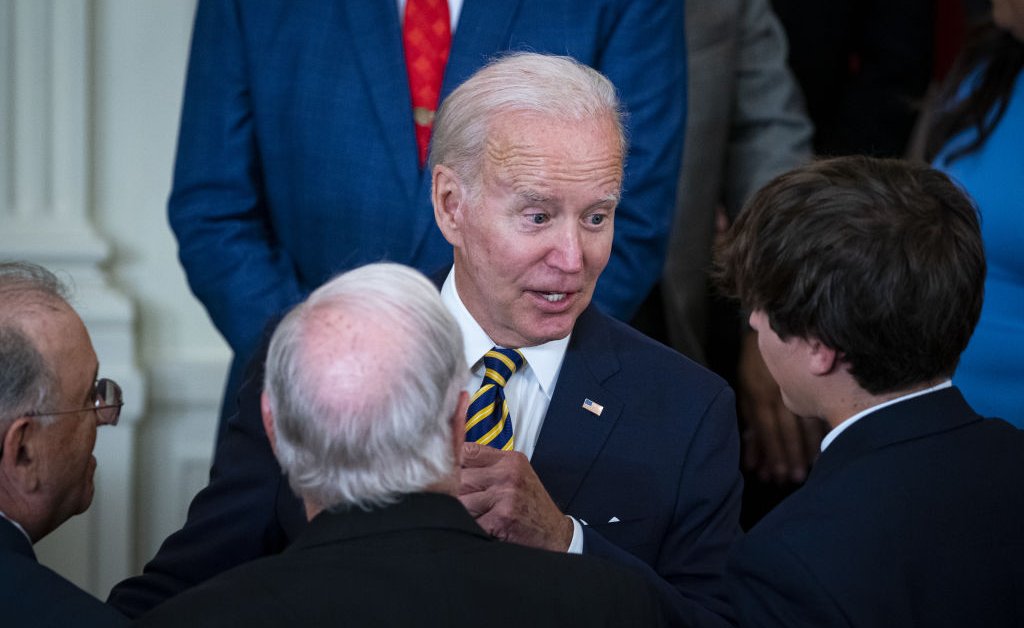 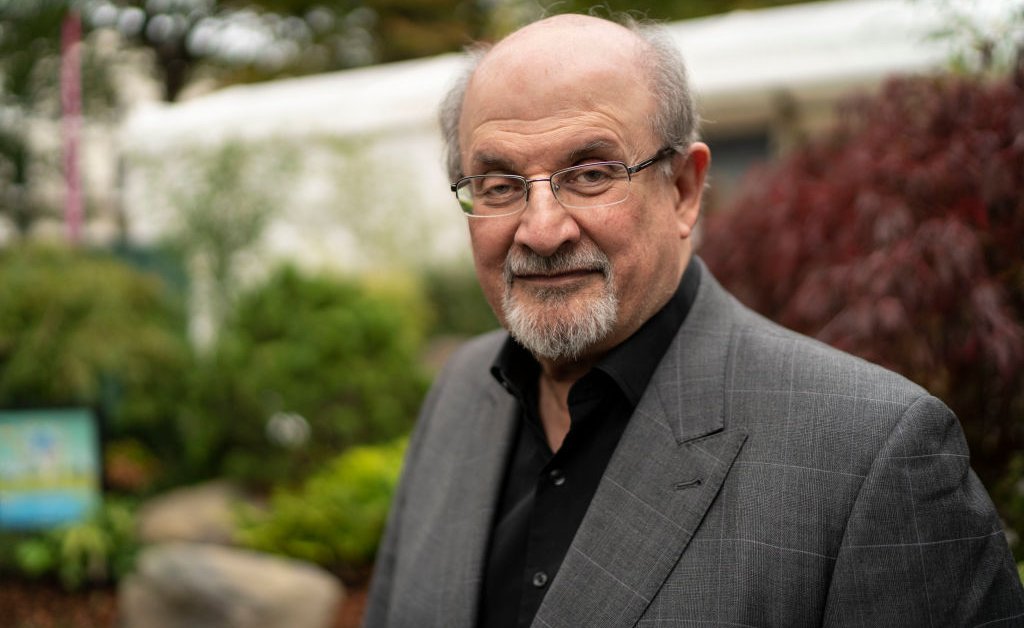