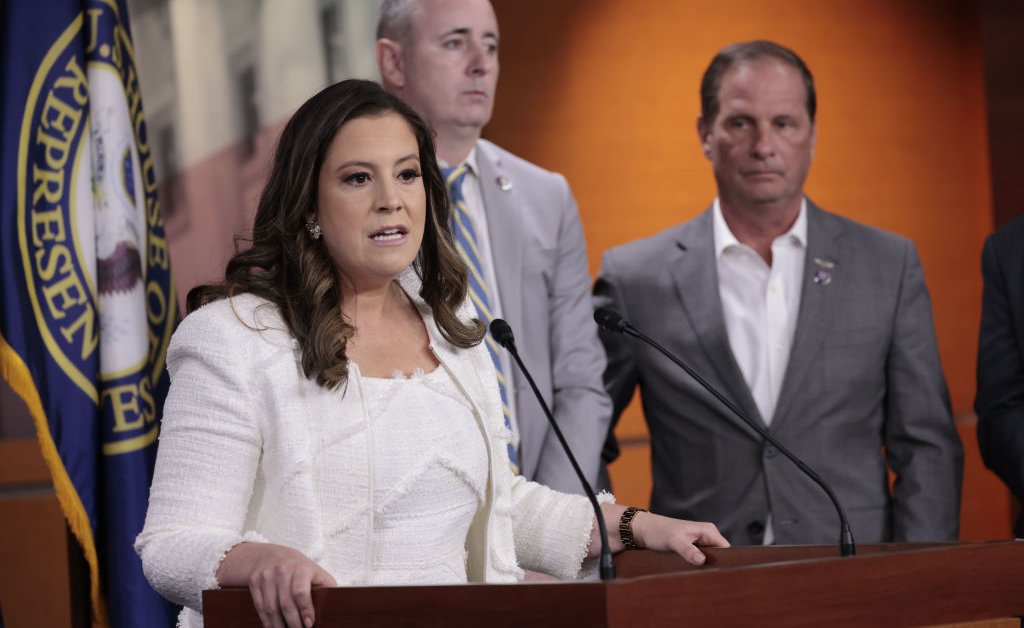 Twelve years ago, a Democratic-controlled Congress was on the verge of passing landmark legislation to overhaul the nation’s healthcare system—the biggest domestic priority of then-President Barack Obama and a decades-long goal of his Party. Republicans were nothing short of apocalyptic. Outside the Capitol, conservative protesters were chanting, “Kill the bill!” and holding signs that said, “Doctors, Not Dictators.” Inside the Capitol, John Boehner, the House minority leader at the time, gave a famously impassioned speech from the House floor. “Look at how this bill was written,” he said. “Can you say it was done openly? With transparency and accountability? Without backroom deals that were struck behind closed doors? Hell no you can’t!”
[time-brightcove not-tgx=”true”]

Minutes later, the Affordable Care Act passed by a slim margin of 219 to 212, a complete party-line vote. Republicans planned to use the new law to galvanize their base in the upcoming midterm elections. They succeeded. The Grand Old Party would go on to win seven seats in the Senate and 63 seats in the House, taking over the lower chamber. It was, as Obama put it at the time, a “shellacking.”

But on Friday, with another Democratic-controlled Congress on the precipice of passing another piece of landmark legislation—a sweeping climate, healthcare, and tax bill that punctuates a line of recent victories for President Joe Biden—Republicans on Capitol Hill barely put up a fight.

There were no major protests. No newsworthy remarks from Republicans on the floor in a last-ditch effort to sink the bill, looking for their Jimmy Stewart moment. While House Minority Leader Kevin McCarthy spoke for almost an hour decrying the measure shortly before the vote, it paled in comparison to the more than eight-hour speech he gave last November in protest of an earlier version of the same bill.

No, the House passage of the Inflation Reduction Act, which advanced out of the Senate last weekend, seemed like a foregone conclusion. By 6 p.m. the House approved the measure by a vote of 220 to 207, sending it to President Joe Biden’s desk.

What seemed at times like a half-hearted effort from Republicans in opposing the legislation on Friday came about as they were reeling from the fallout of the FBI executing a search warrant on the Mar-a-Lago home of former President Donald Trump.

Since the news on Monday, Trump and his allies have painted the effort as part of a politically motivated “witch-hunt.” But on Thursday, The Washington Post reported that the agents were looking for classified documents related to nuclear weapons that Trump took from the White House. And hours before the vote on Friday, a federal magistrate in Florida unsealed the warrant and property receipt from the search, showing that nearly half of the documents the FBI had seized were marked classified or top-secret. The warrant also revealed that Trump is under investigation for potential violations of the Espionage Act and other federal statutes.

Many congressional Republicans tried to brush off the latest revelations on Friday, with some arguing that members of Trump’s inner circle leaking to the media were the real concern. “We’ve got problems with people betraying their confidential information to get it to The Washington Post,” Rep. Louie Gohmert of Texas, tells TIME. “And that’s a problem.”

Others were more circumspect. Rep. Markwayne Mullin, Republican of Oklahoma, says the public needs more information about why the FBI conducted such an intrusive search. “It’s a high threshold to say it was an immediate national security threat,” he tells TIME. “If it wasn’t an immediate national security threat, I think there’s a lot of questions they need to answer.”

Mullin, a member of the House Intelligence Committee who is running for an open U.S. Senate seat, emphasized what has become a near ubiquitous GOP talking point—that the investigation into Trump is designed to hurt him politically.

“What are the steps that led up to that decision to say that it had to be done this way?” he said. “Because—no pun intended here—that’s going nuclear. And with the way they’ve treated President Trump and those associated with him, with the FBI, I think that would throw into question that this was politically motivated, especially the timing of it.”

Attorney General Merrick Garland gave an unusual address to reporters Thursday, in which he confirmed that he personally authorized the search and announced that he would request the judge to unseal the search warrant. He also defended the integrity of the department and federal investigators. “Faithful adherence to the rule of law is the bedrock principle of the Justice Department and of our democracy,” he said. “Upholding the rule of law means applying the law evenly without fear or favor. Under my watch, that is precisely what the Justice Department is doing.”

Still, Republicans on Capitol Hill have without evidence tried to paint the DOJ’s investigation as illegitimate. “President Donald Trump is Joe Biden’s most likeliest [sic] political opponent in 2024 and this is less than 100 days from critical midterm elections,” Rep. Elise Stefanik of New York told reporters Friday. “The FBI raid of President Trump is a complete abuse and overreach of its authority.”

Stefanik went on to suggest that GOP lawmakers would investigate the DOJ should they take back control of Congress after the November elections. “A House Republican majority will leave no stone unturned when it comes to transparency and accountability into the brazen politicization of Joe Biden’s DOJ and FBI targeting their political opponents,” she says.

When Republicans were talking about the Inflation Reduction Act on Friday, it was mostly to lambaste its spending, which includes more than $370 billion to fight climate change, the largest such investment in US history. “Reckless spending in this town is what causes inflation,” Rep. Lauren Boebert, Republican of Colorado, said from the House floor.

Yet in recent weeks, and more aggressively in recent days, Republicans have focused most of their criticism of the bill on a provision allocating nearly $80 billion to the Internal Revenue Service.

Many prominent Republicans have falsely claimed the IRS funding will be used to hire 87,000 new IRS agents. In fact, a Treasury Department report from last year explicitly said that such an investment would enable the agency to hire roughly 87,000 employees—including IT technicians, taxpayer services support staff, and auditors—over 10 years. Many of those hires would be replacing retirees. Roughly half of the current IRS workforce is eligible for retirement and is expected to step down over the next five years.

McCarthy, in his address on the House floor, repeated the falsehood: “Is America better off with 87,000 more IRS agents?”

But even if Republicans plan to continue spreading that untruth about the IRS to galvanize their base in the midterms, it’s a line of attack that has, by necessity, taken a backseat to fending off questions about Trump’s legal peril.

Like many GOP legislators on Friday, Gohmert tried to argue that the problem wasn’t Trump’s taking of classified documents, likely jeopardizing national security. It was that law enforcement agencies would investigate him for it.

“If the DOJ can come in and seize your materials, then there is no oversight,” he says. “There is no balance of power. The DOJ is playing a dangerous game toward ending any balance of power that may have existed. And they’re putting our role in our experiment with self-government in real danger.” 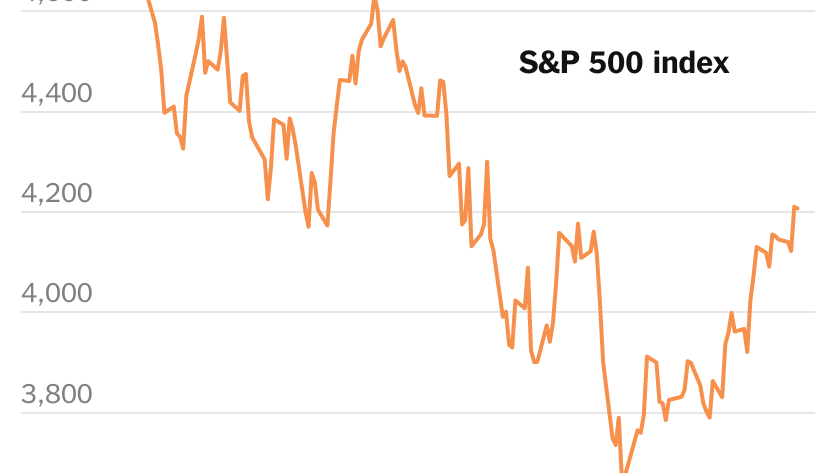 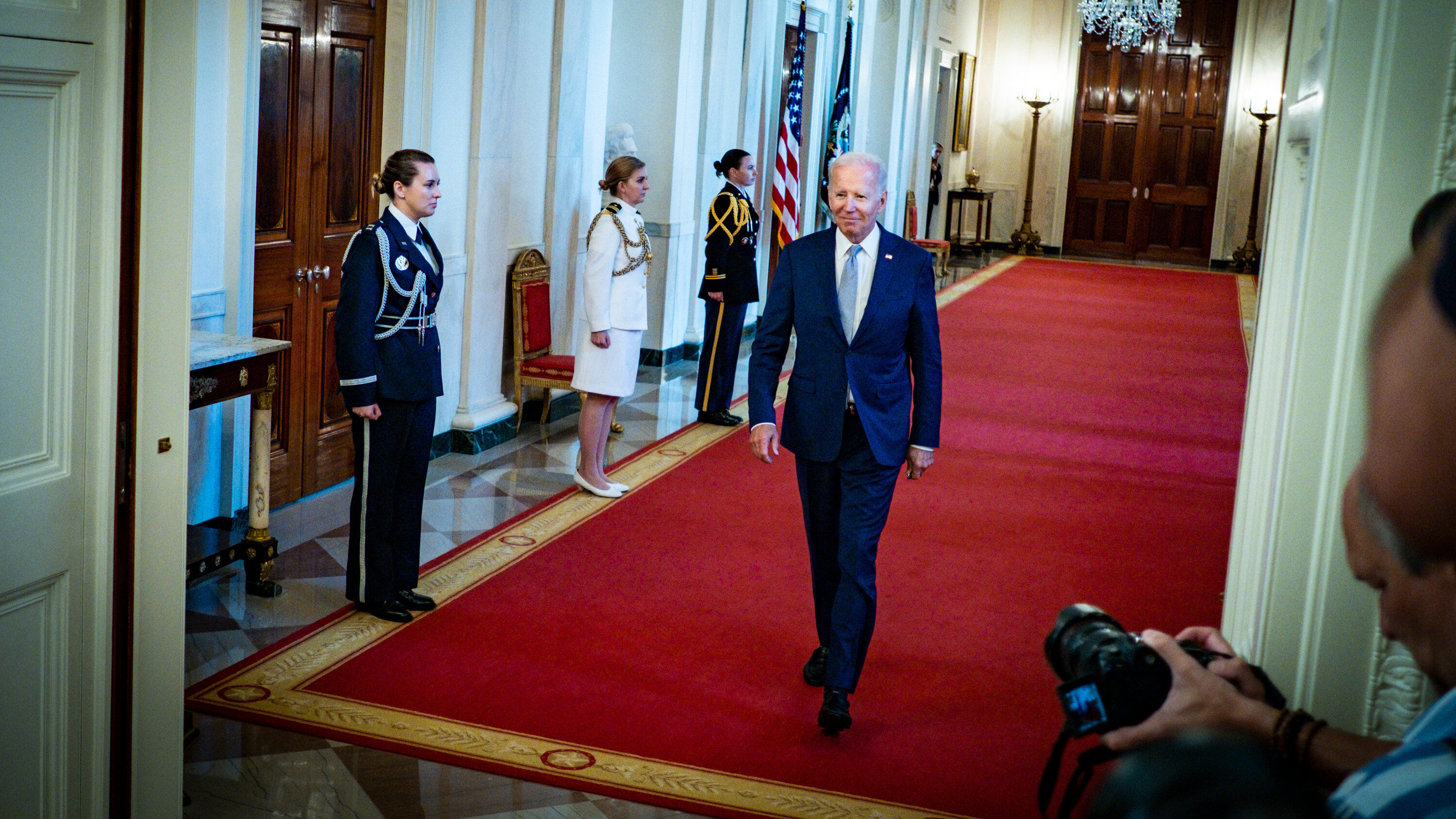