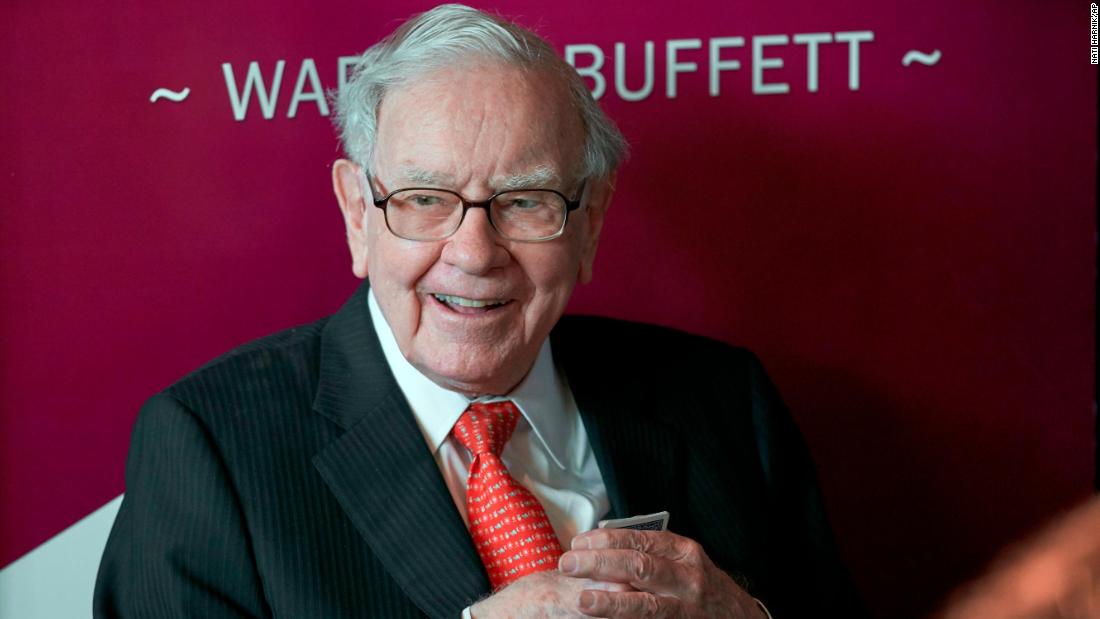 But the famed investor’s willingness to keep buying signals an ongoing confidence in where the US economy and financial markets are headed.

Berkshire reported about $3.8 billion in net stock purchases during the second quarter. That’s on top of more than $40 billion in shares Berkshire bought during the first quarter.

Why it matters: Given Buffett’s successful track record and consistent focus on the long-term, his investing patterns are watched closely by traders.

The economic data Buffett and others on Wall Street are combing through right now is muddled, making their jobs difficult.

New York-area manufacturing suffered a large and unexpected setback in August, according to a survey released Monday. The New York Federal Reserve said its Empire State Manufacturing Survey plunged by 42 points. That marks the second-largest monthly decline on record, behind only April 2020, during the early days of the Covid-19 pandemic.

“This is not a recession. It’s not even in the same universe as a recession,” said Mark Zandi, chief economist at Moody’s Analytics.

Should Disney spin off ESPN as sports betting grows?

Disney (DIS) wowed Wall Street last week with strong earnings thanks to solid Disney+ subscriber gains and healthy theme park attendance. But one activist investor thinks it could do more to revive its lagging stock.

The latest: Daniel Loeb’s Third Point said Monday that it had bought a new stake in the entertainment giant and is lobbying for change, my CNN Business colleague Paul R. La Monica reports.

Among the most dramatic of its pitches is for Disney to spin off ESPN.

The sports network is an attractive element of the broader streaming bundle with Disney+ and Hulu, Loeb acknowledged. But he thinks there is a “strong case” for ESPN to stand alone given rapid growth in the sports betting industry, which could yield huge profits but hamper Disney’s image as a “family first” business.

“ESPN would have greater flexibility to pursue business initiatives that may be more difficult as part of Disney,” Loeb wrote in a letter to the company outlining his proposals.

“We hope to have something to announce in the future in terms of a partnership there that will allow us to access that revenue stream,” he told analysts.

Yet Loeb thinks Disney shares would perform better if ESPN were to be carved out, a popular trend among big companies trying to simplify their pitches to Wall Street investors.

Investor insight: Shares of Disney climbed more than 2% on Monday. But they’re still down almost 20% this year, making the company one of the worst performers in the Dow.

I’ve spent a lot of time thinking about the WeWork fiasco. To me — and plenty of financial commentators — the implosion of the company’s glittery Wall Street debut in 2019 reads as a parable of Silicon Valley’s excess, as investors, flush with cash, poured money into unprofitable startups and thought little about the consequences.

If you watched “WeCrashed” on Apple TV+, there were other lessons to be learned, too. Former CEO Adam Neumann’s ouster was framed as a comeuppance, as an egotistical and unsupervised founder was dealt an overdue reality check (even as he floated away on a golden parachute).

But when are stories ever that tidy?

In a blog post, co-founder Marc Andreessen outlined his belief in Neumann, who he called a “visionary leader.”

“Adam, and the story of WeWork, have been exhaustively chronicled, analyzed, and fictionalized — sometimes accurately,” Andreessen wrote. “For all the energy put into covering the story, it’s often under appreciated that only one person has fundamentally redesigned the office experience and led a paradigm-changing global company in the process.”

That said: Details about the operation remain scant. And Neumann will perform his next act in a much tougher climate, as recession fears and market volatility roil the startup ecosystem and force once high-flying companies to dramatically slash their valuations. 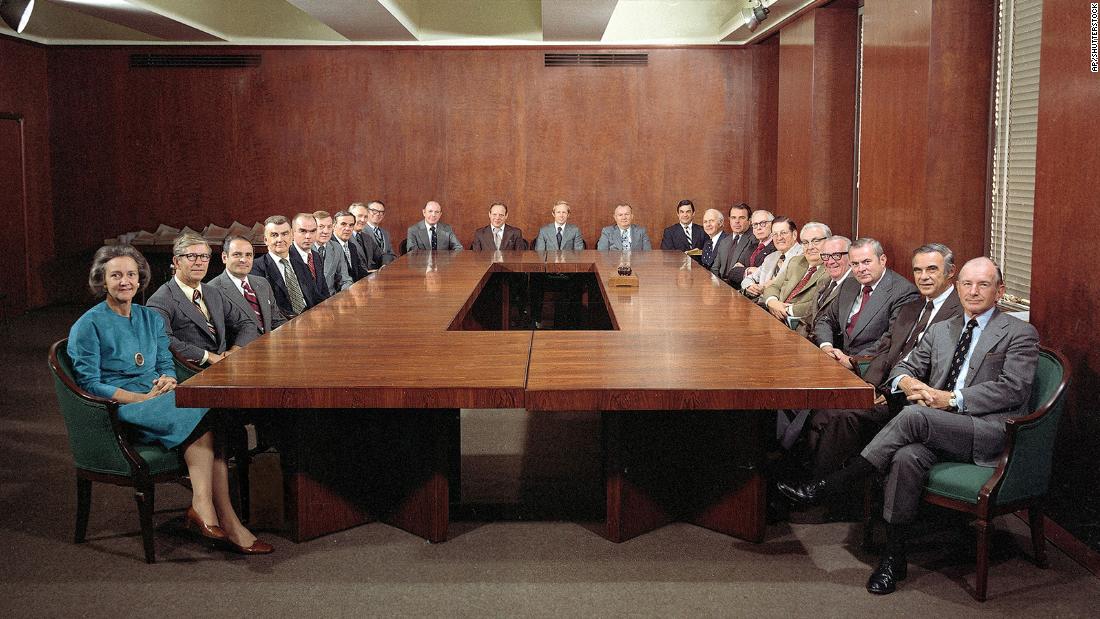 Previous post She was a pioneering publisher in a room full of men. In history, she wasn’t alone 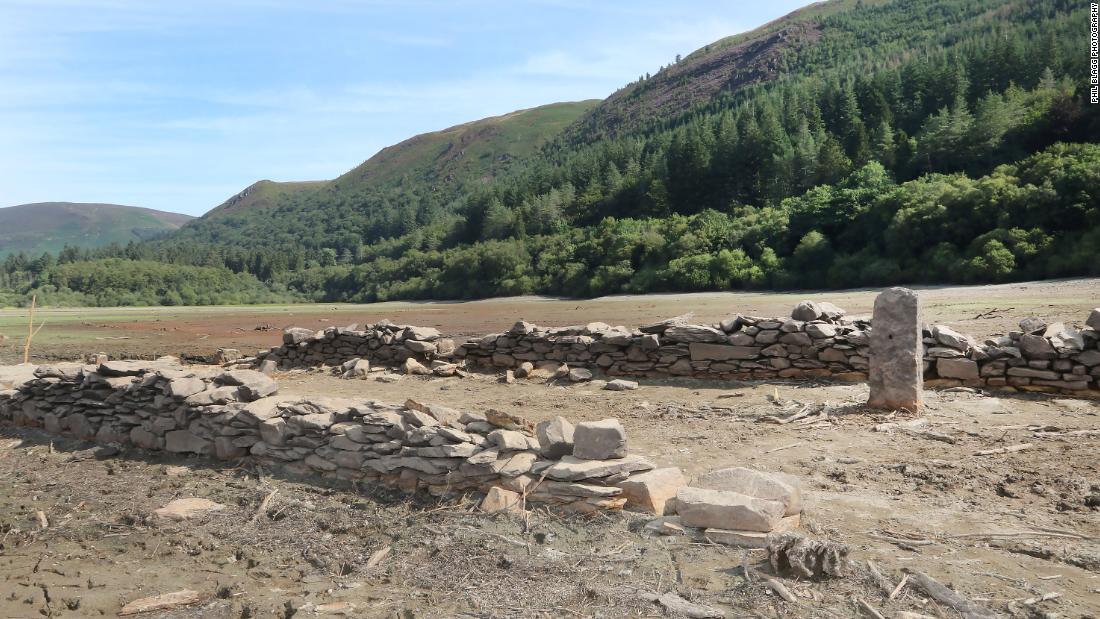